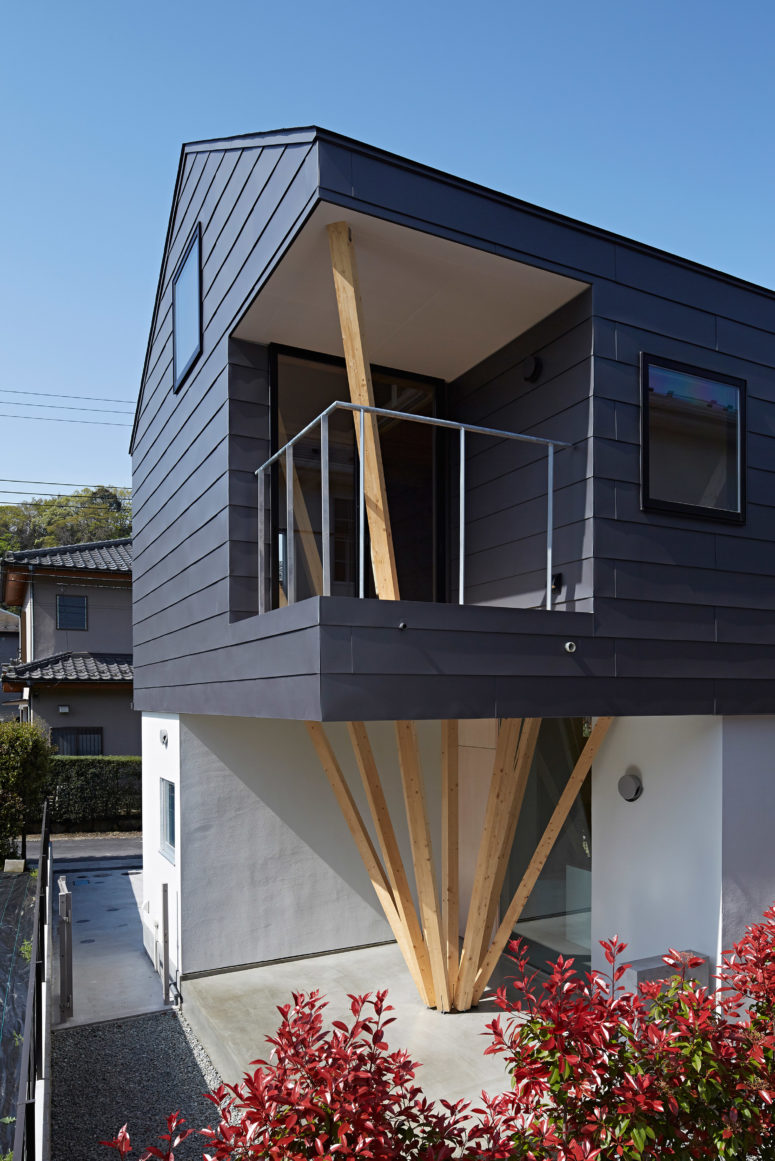 Named after the initial of its owners, the 144-square-metre Y-house was designed by Watanabe’s Tokyo-based studio for a couple and their three children. What’s so special about it? Clusters of diagonal columns splay out like tree branches inside the house, they look unique and are practical at the same time.

Intended to reference surrounding trees, the house’s structure features several sets of angular spruce wood columns. These branching elements support the gabled roof and floors of the two-storey dwelling. They also integrate furniture and function as informal partitions. On the ground floor, these columns appear as trunks of trees, making the space open and in continuum with the garden. In contrast, on the first floor the columns become dispersed and one may feel like they are surrounded by branches.

Within this open-plan living area, which comprises a dining room, lounge and kitchen, there are three sets of exposed diagonal columns. Two bathrooms are located off to one side. Four Douglas Fir veneer doors are sandwiched between full-height windows to allow different sections of the room to be opened to the garden.

A minimal kitchen featuring floor-to-ceiling cupboards conceals the staircase that leads up to bedrooms, bathrooms, a small mezzanine and a family room. Bookshelves and walls sit beneath and between pine beams and diagonal columns, forming areas for play and sleep.

The open-plan twin bedroom doubles as a playroom, with a ladder leading up to the mezzanine above. The master bedroom and study sit behind a blue wall, where a shelf with a hanging rail forms an open wardrobe. There is also a balcony here, supported by the diagonal columns.

To finish the space, plywood sheets were applied to the sloping ceiling, matching the Japanese cedar floorboards on this level. The use of light-colored wood makes the house cozier and more inviting. Look at the pictures of this beautiful space below! 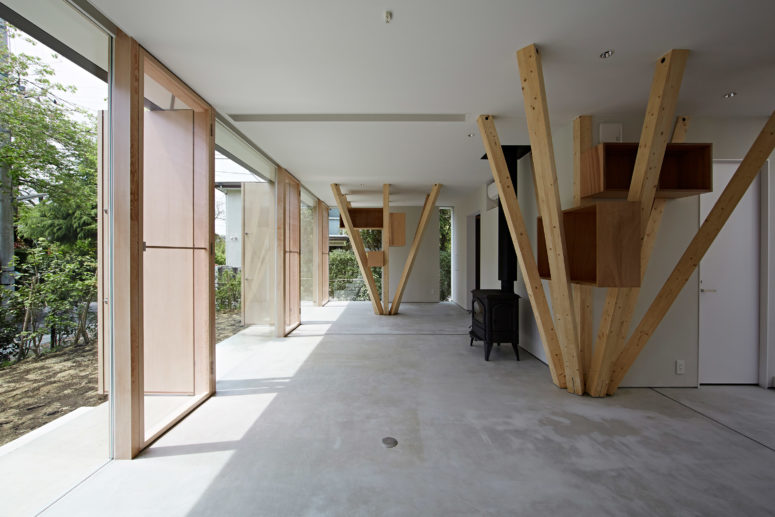 These columns suppert the roof and remind of the trees outside 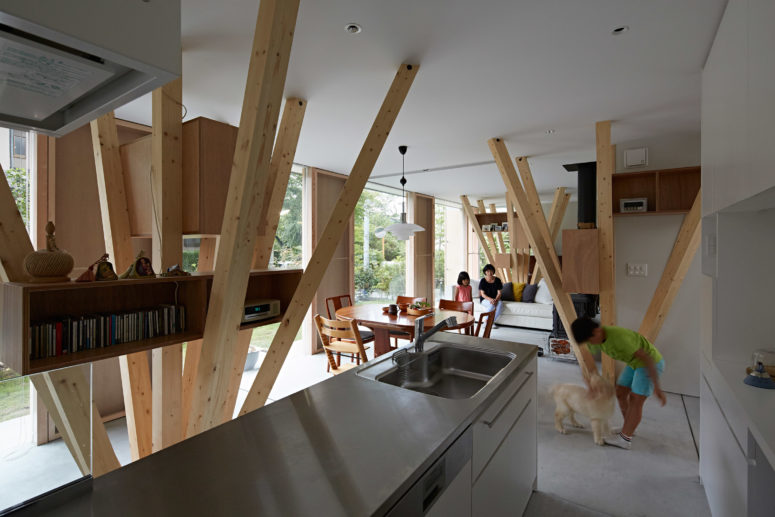 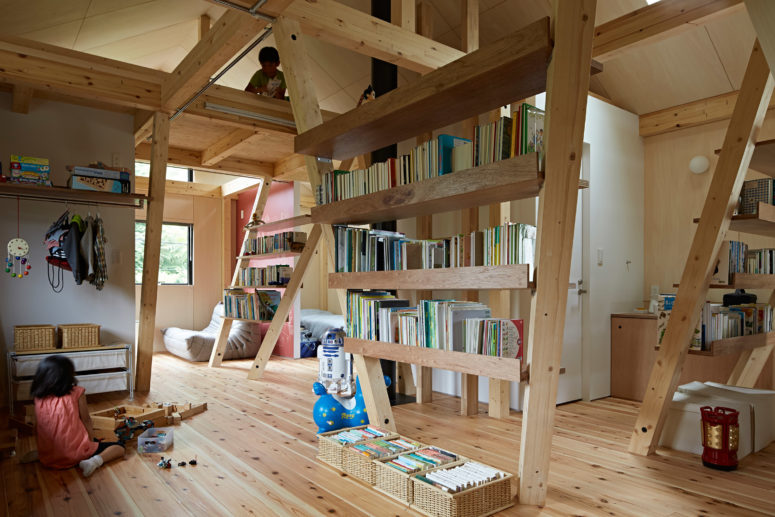 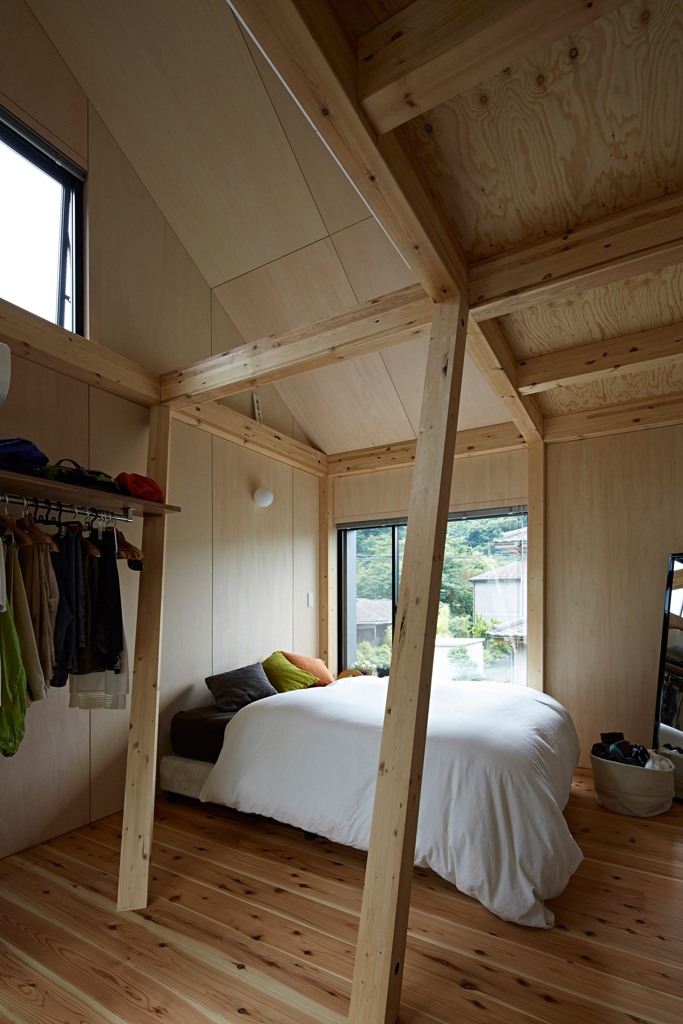 The wardrobe is open, it looks lightweight and doesn't clutter the space 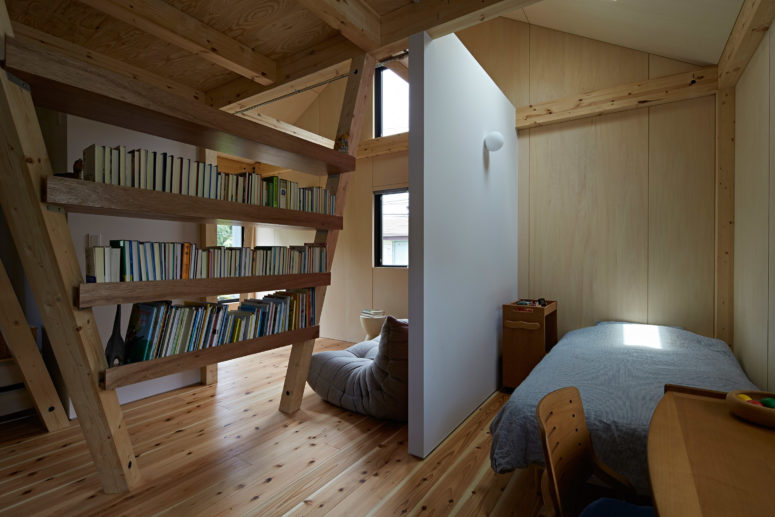 The layout is open and most of spaces aren't divided much, so the house looks more spacious 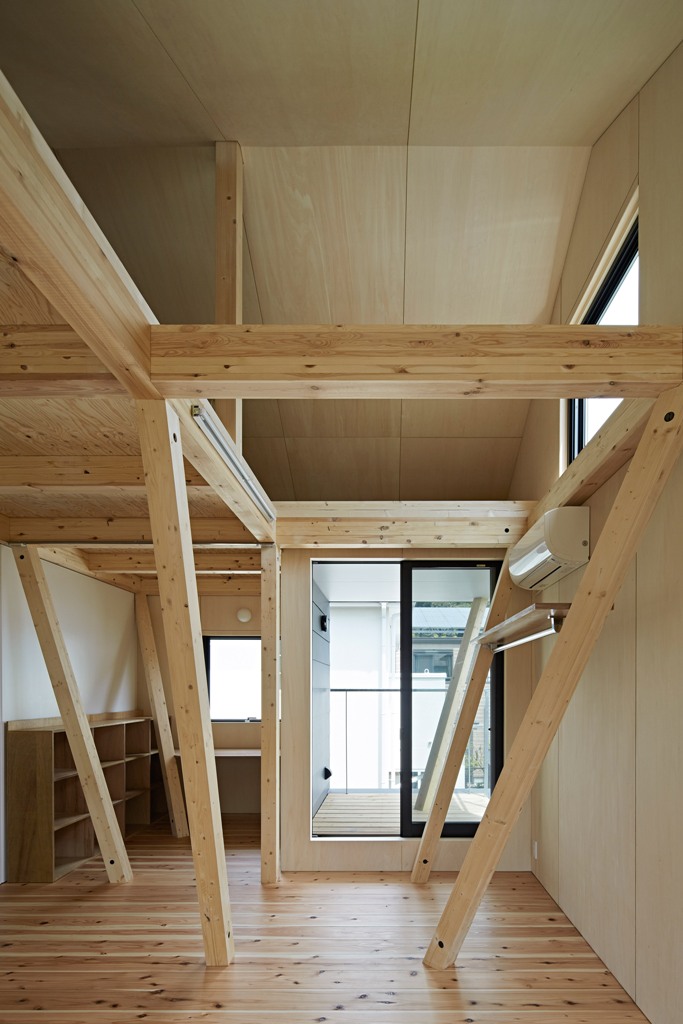