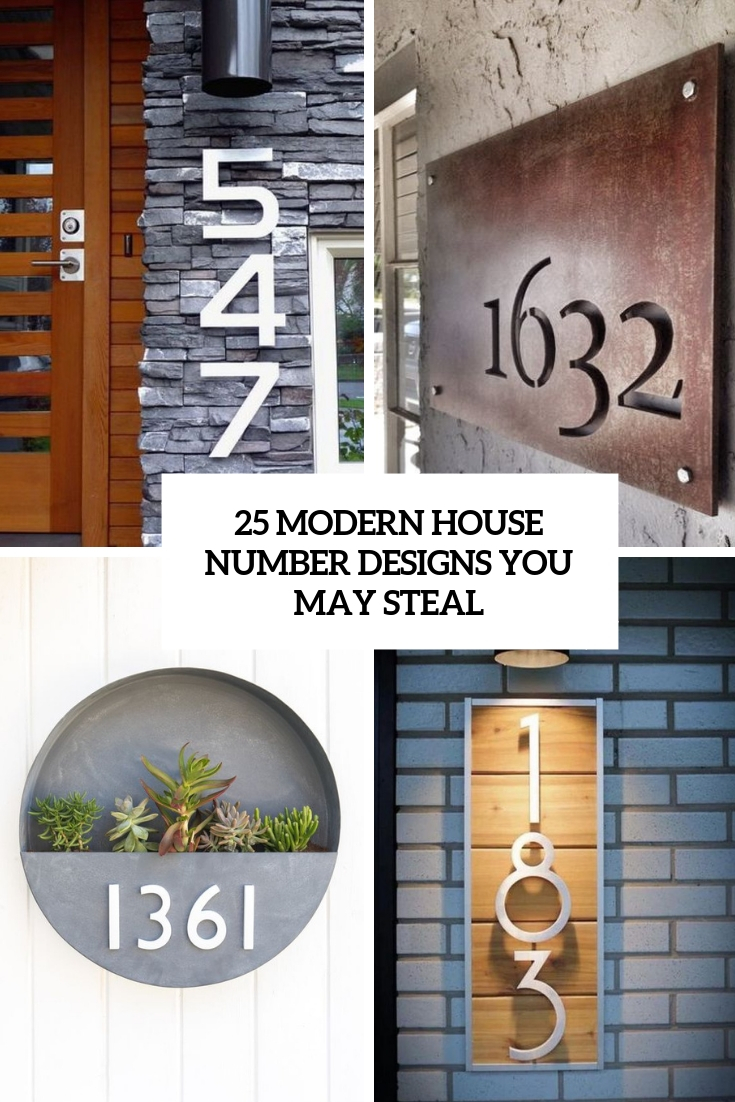 House numbers are necessary for each home but they shouldn’t always be boring. We’ve prepared some bold house numbers in mid-century modern style – the coziest style of the middle of the 20th century. It’s incredibly popular among home owners and designers and even if you aren’t using it much in your inner decor, mid-century modern house numbers will bring a stylish touch to your outdoor space. Let’s take a look at some ideas!

Modern House Numbers On The Walls

The coolest idea I’ve ever seen is rocking numbers right on the walls, and I mean not only house walls. You may place your house numbers on a gate, on a low wall in front of the house, on the fence that gives your outdoor space some privacy. If it’s a wall of your house, it may be on the porch, next to the door. You may also put the numbers on the front door – whether it’s sliding or not. 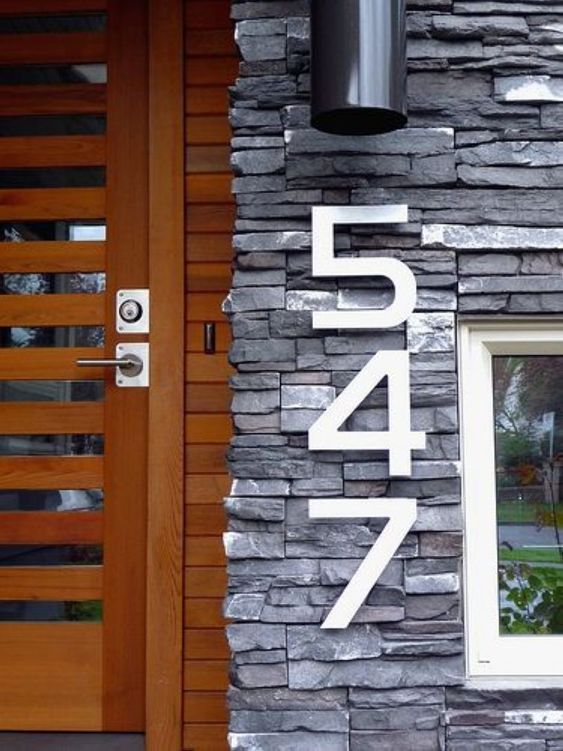 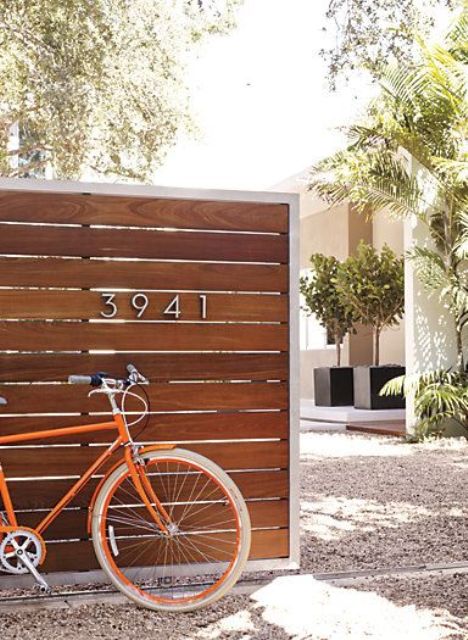 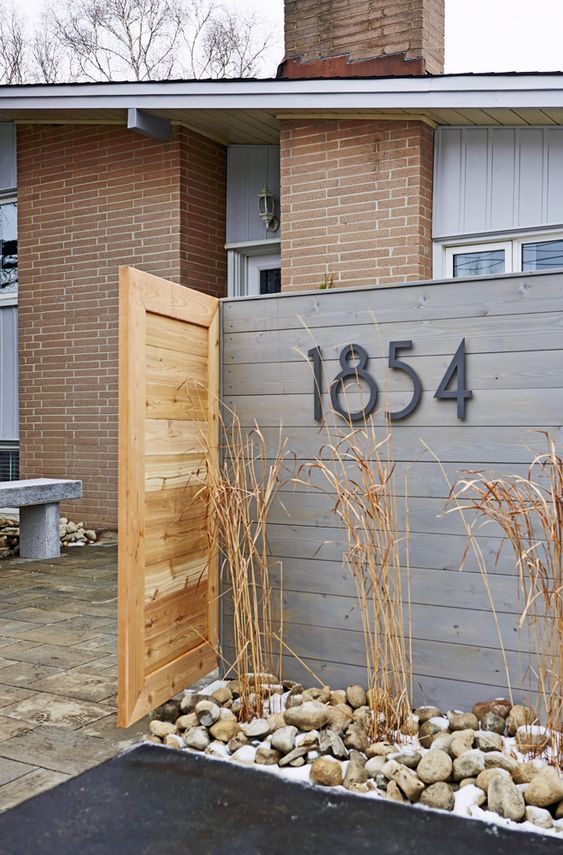 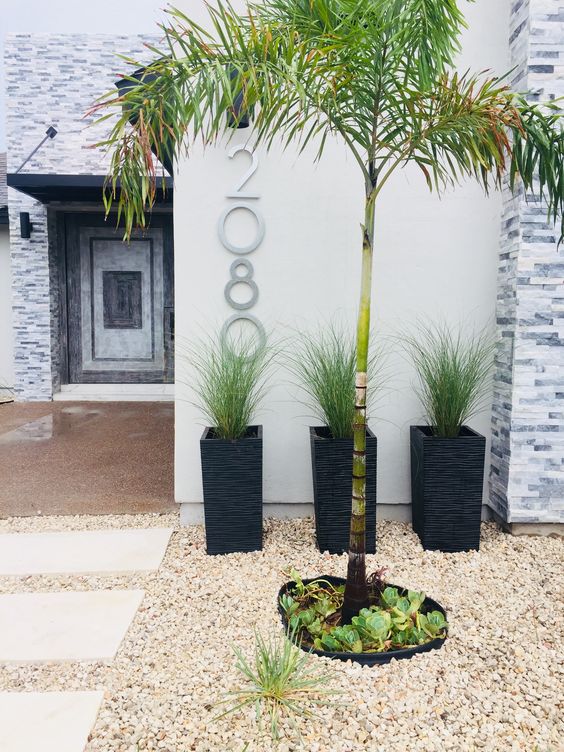 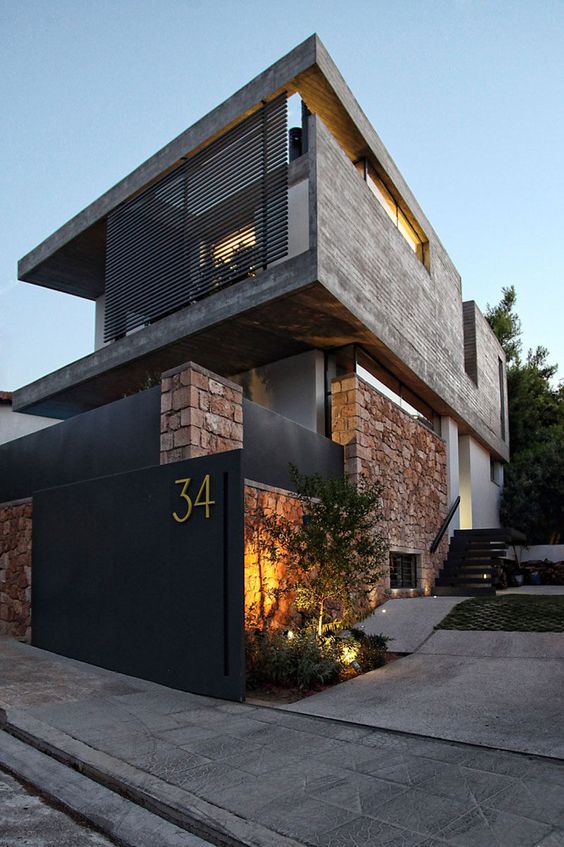 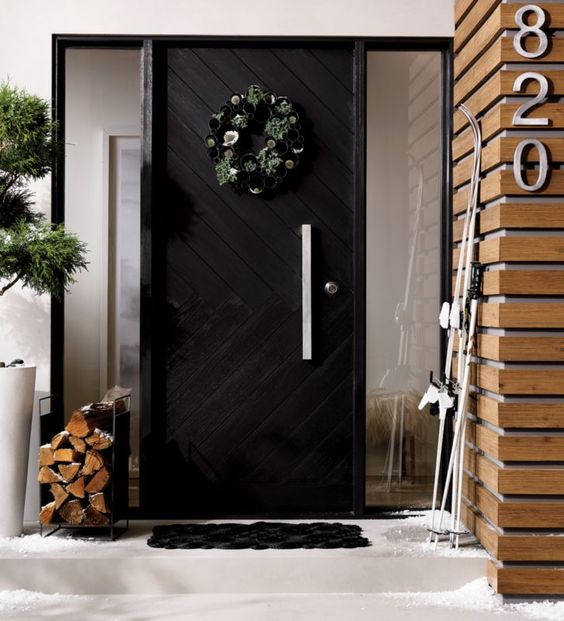 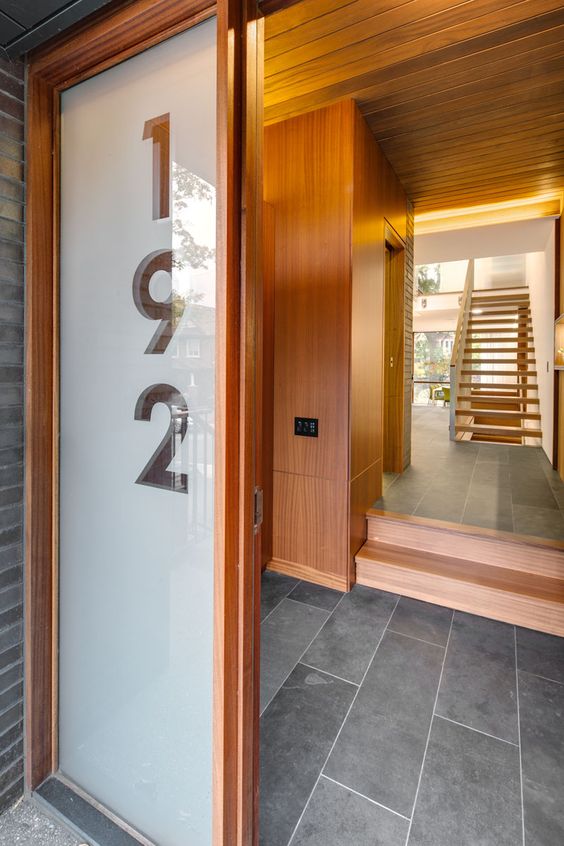 this front door, with an adjacent large glass panel showcasing the house number, guides visitors into the home 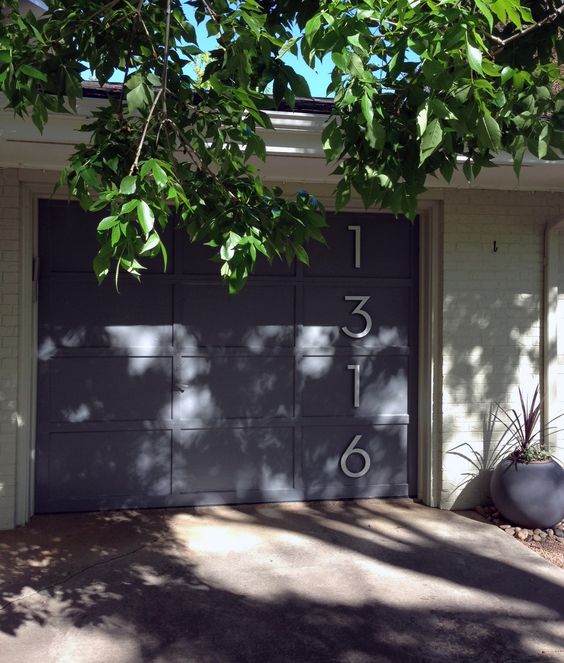 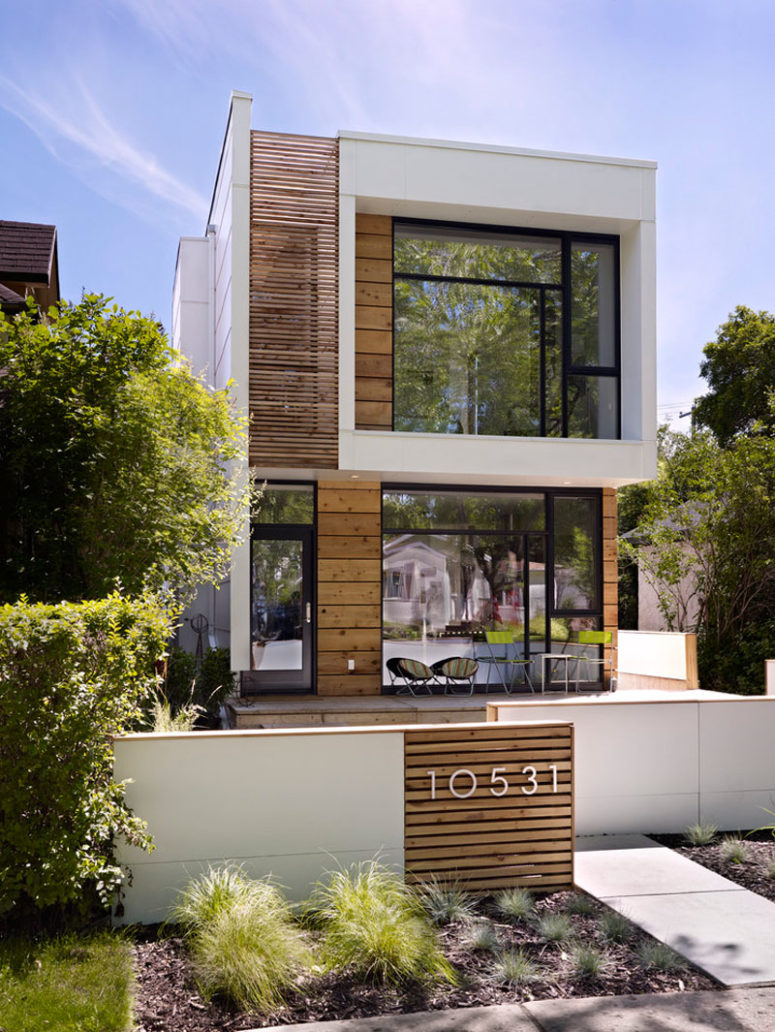 have the house numbers further away from the house, on a short wall made from the same wood as the rest of the house 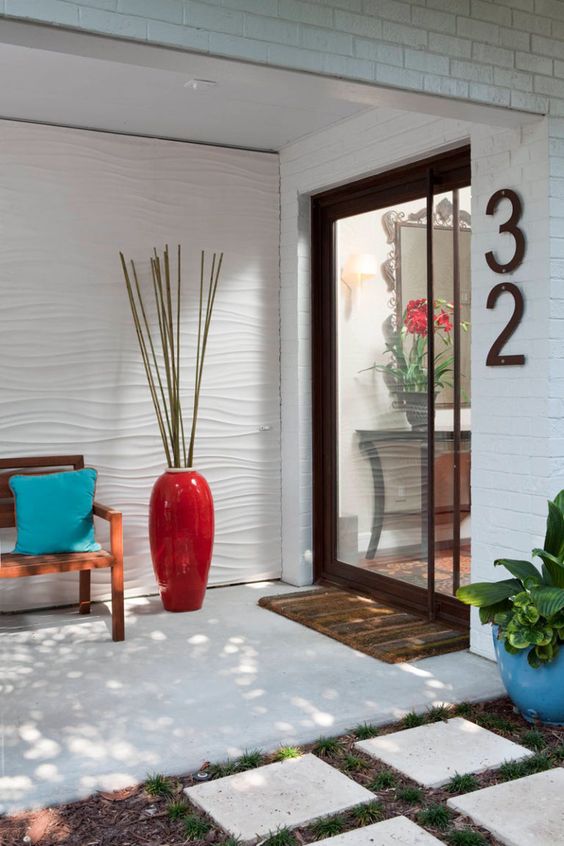 A sign with house numbers is the most traditional idea ever and it’s easy to DIY. Make a sign of wooden planks and attach some metal numbers to it adding a matching frame. Make sure that your numbers and the wood contrast, otherwise the numbers won’t be seen very well. One more interesting idea is making an aged metal sign with cutout numbers – it looks mid-century modern and a bit rustic at the same time. 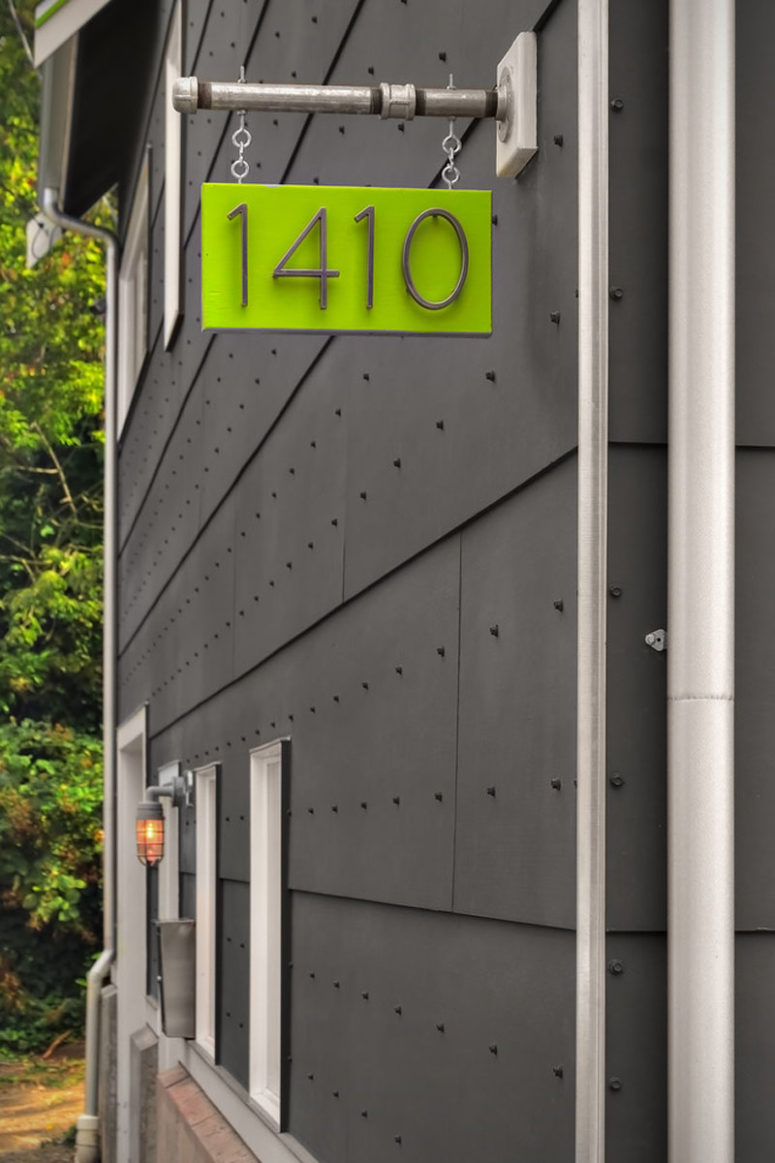 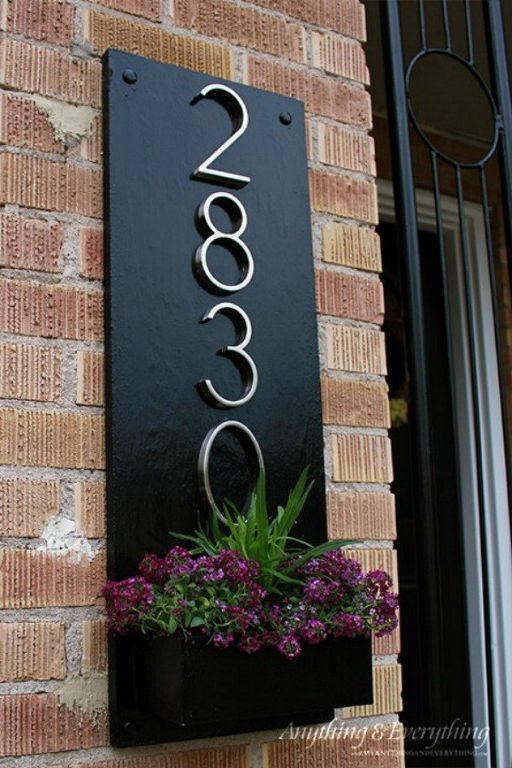 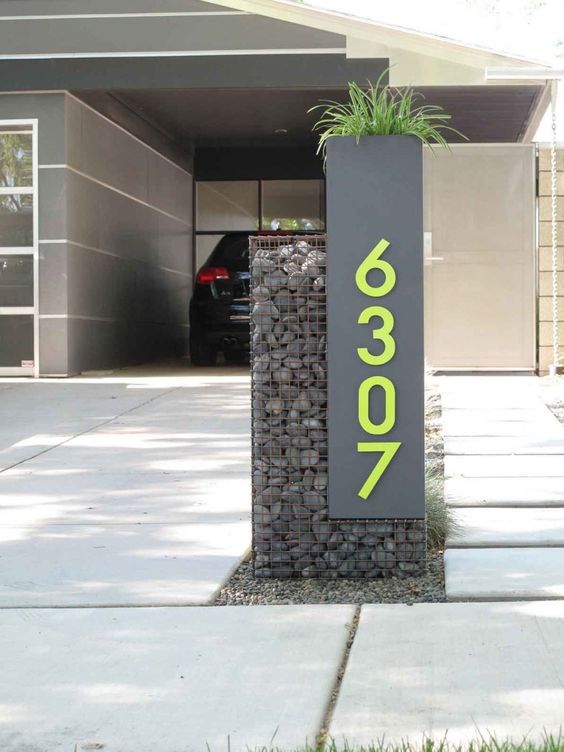 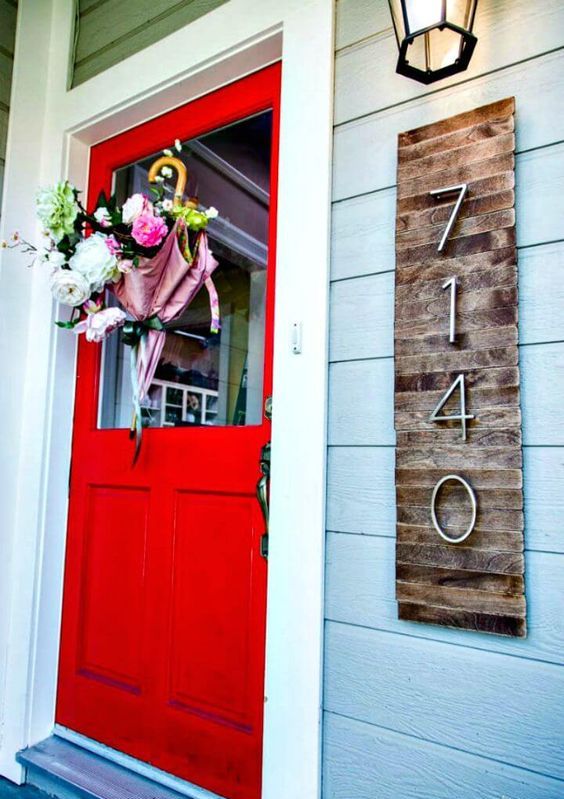 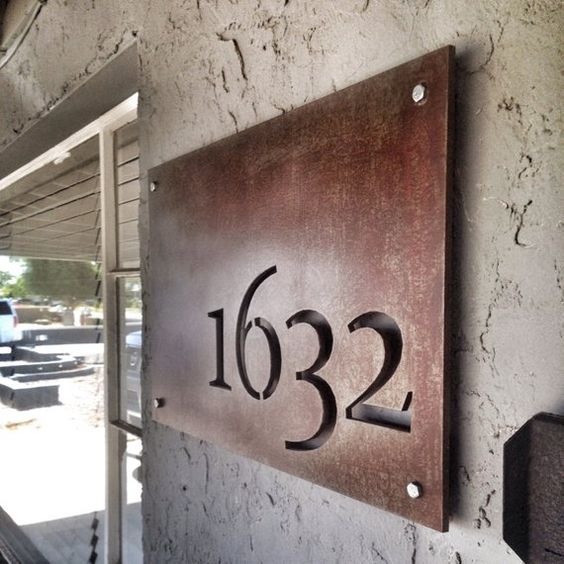 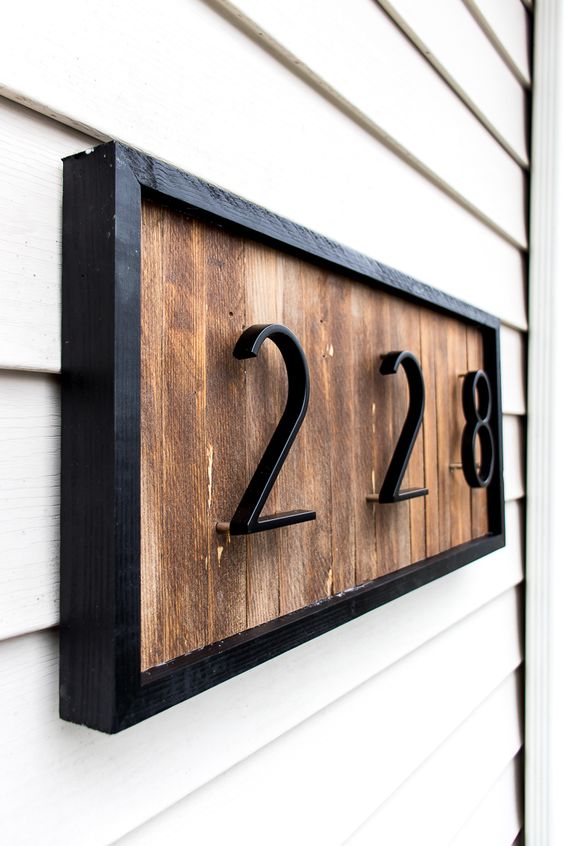 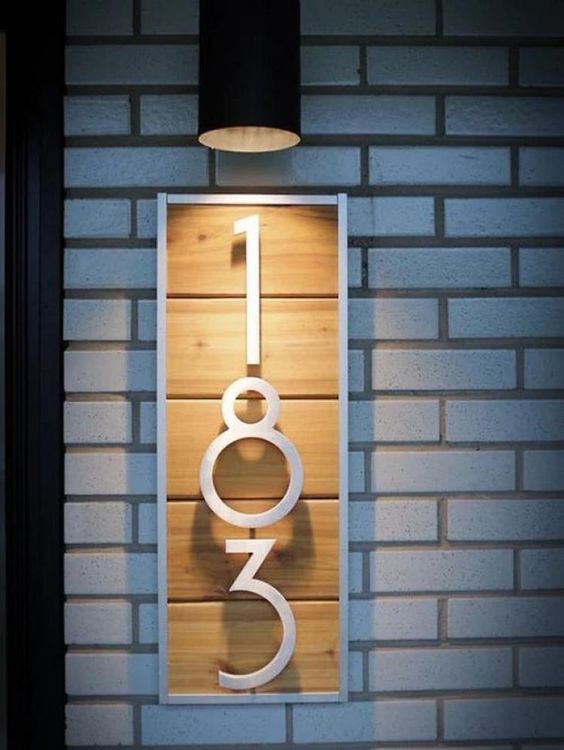 Wanna add a touch of freshness to your outdoor space? Make or buy an outdoor planter with house numbers! Even if you don’t have a garden, you will easily add greenery to the space attaching a wall planter with succulents, cacti, cascading greenery and even flowers. Don’t forget to create a stark contrast of the backdrop and numbers to make the latter better visible. 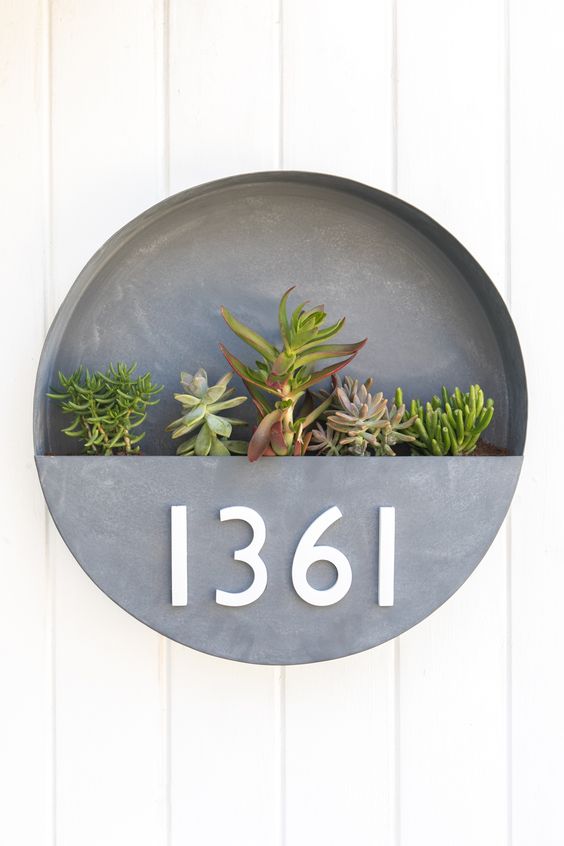 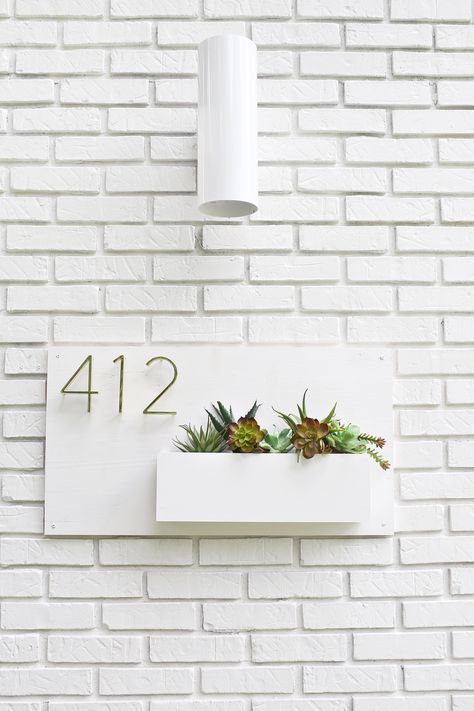 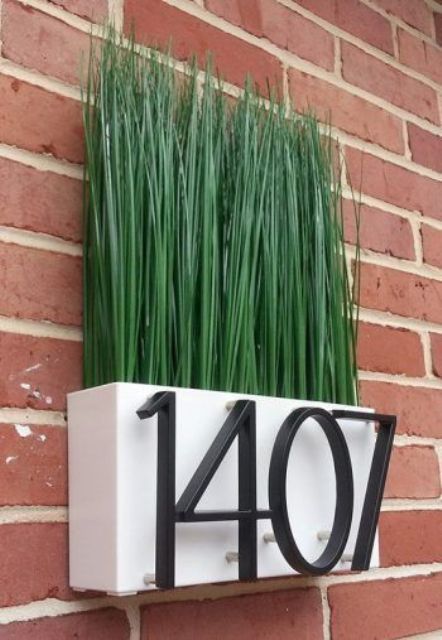 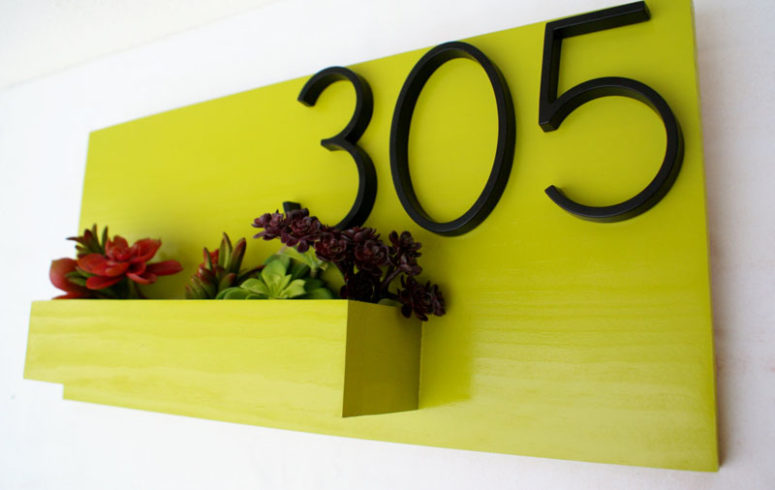 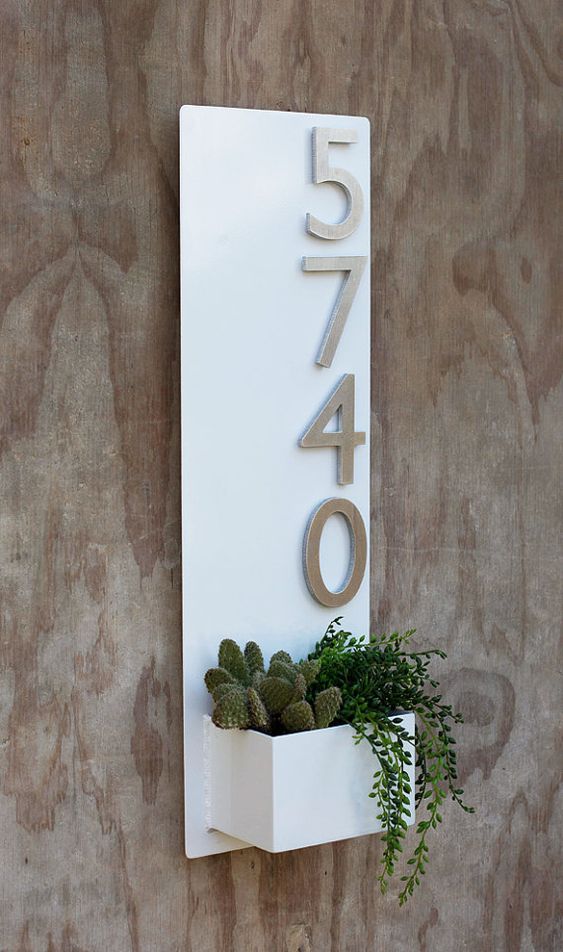 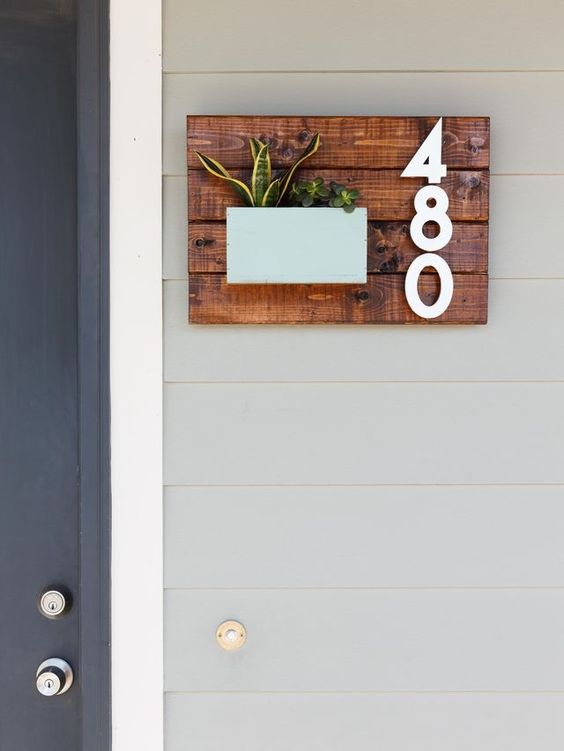 a wooden sign of stained planks, stylish numbers and some succulents in a pastel-colored planter