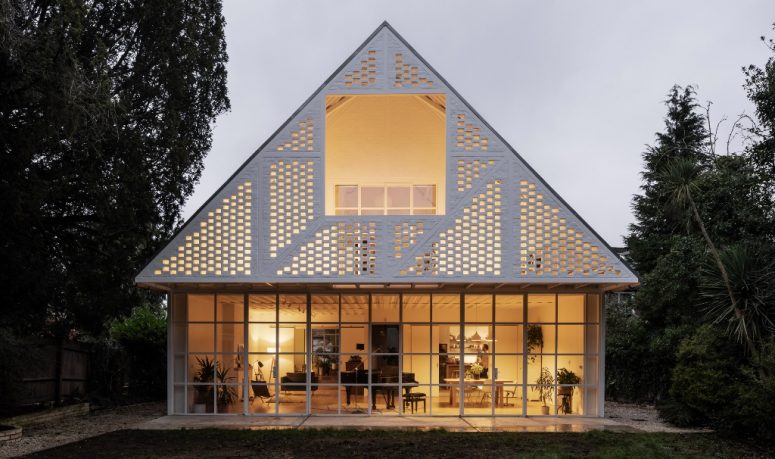 Surman Weston has built a house in Surbiton, south-west London, with a facade that riffs off the mock-Tudor facades of the surrounding suburban homes. Named Ditton Hill House, the home was designed to combine the client’s desire for a contemporary house that had an industrial aesthetic with an acknowledgement of its location in a London suburb.

Built with an external steel frame, the most visible nod towards the neighboring mock-Tudor homes are the front and rear facades of the A-frame house. Surman Weston infilled the structural framing, which is arranged in a similar pattern to that found on mock-Tudor facades, with brick panels.

Within the home the steel frame allowed the studio to create large open spaces including a living and dining area that overlooks the garden through full-height windows. Surman Weston exposed the steel floor decks within the ground floor spaces and used steel-framed glazing as further nods to Tudor houses.

The home was built around a triple-height entrance hall that was created to express the industrial aesthetic running through the building. By combining the verticality you might expect from a warehouse with similarly industrial materials – steel, concrete, and exposed block-work – the hallway is clearly the most industrial space in the house and works as a bit of a counterpoint to the warmer habitable rooms. Attached to this entrance space is a sitting room that leads through a study to the dining area and a small toilet.

A concrete stair placed at 45 degrees within the entrance hall leads up to the first floor, which contains two bedrooms, two bathrooms and two dressing rooms. The master bedroom has access to a large balcony that overlooks the rear garden. Although the house may not be instantly recognizable as a take on mock-Tudor architecture, Surman Weston hopes that the details make the link clear. 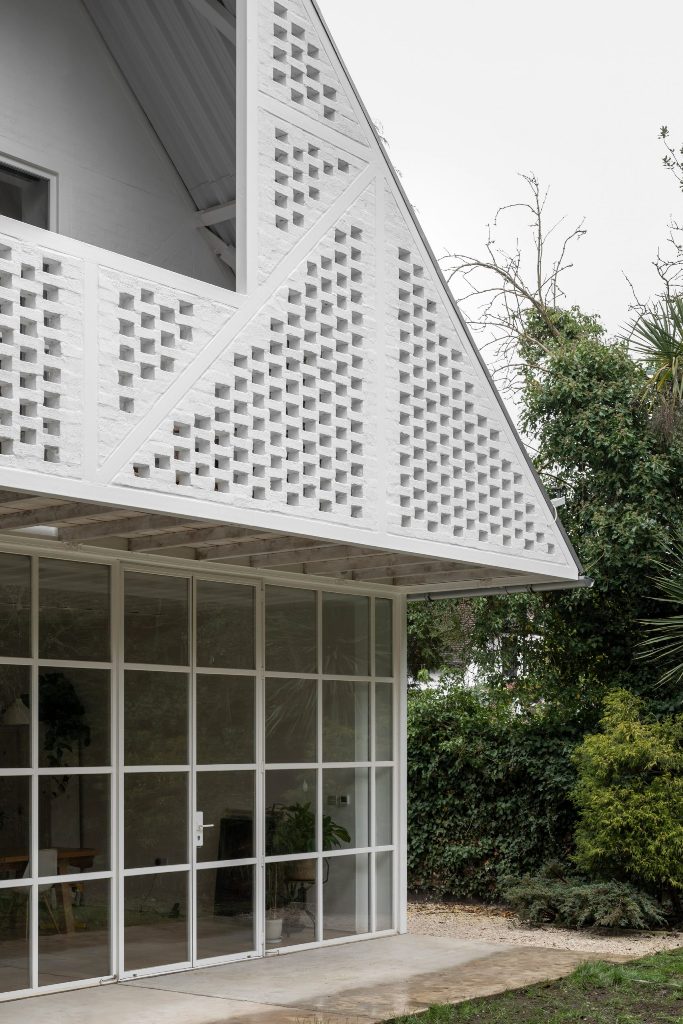 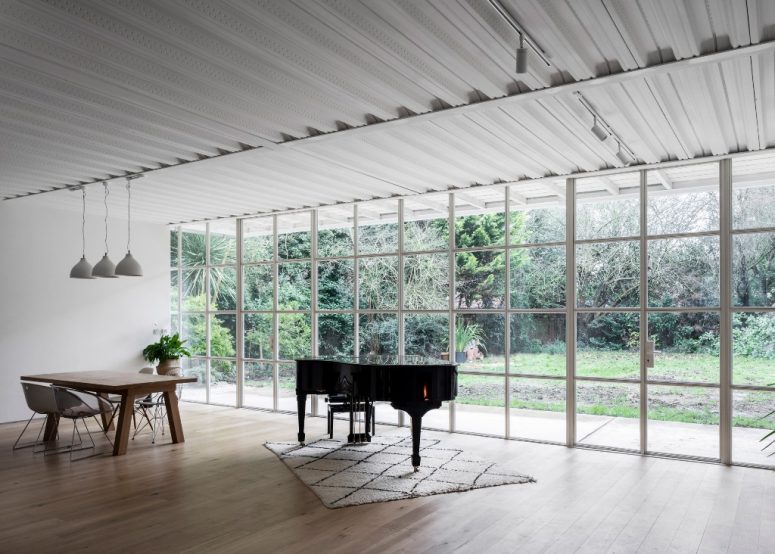 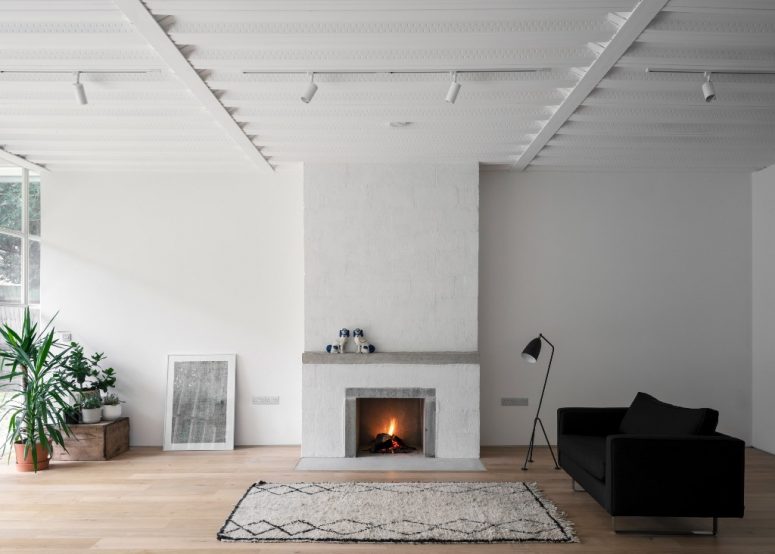 The living room shows off a fireplace, a black sofa, potted greenery and some lamps 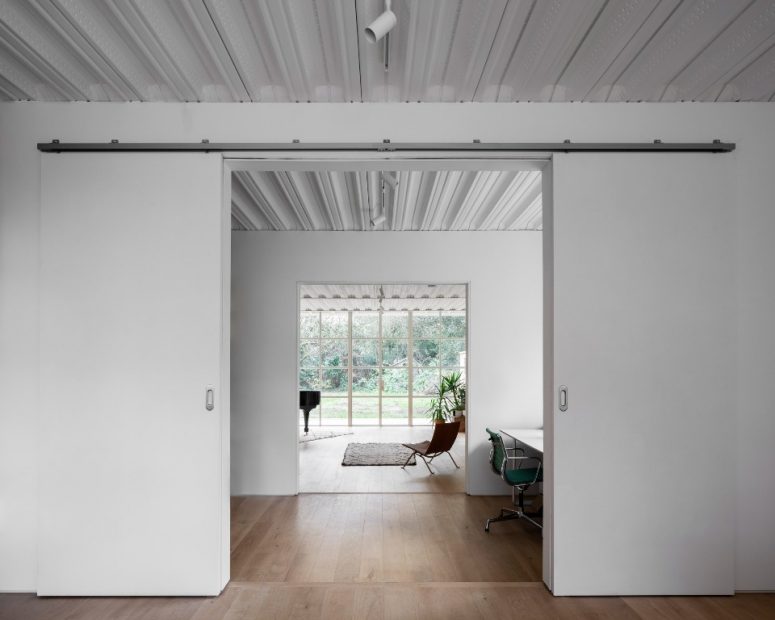 The spaces are divided with sliding doors that save space 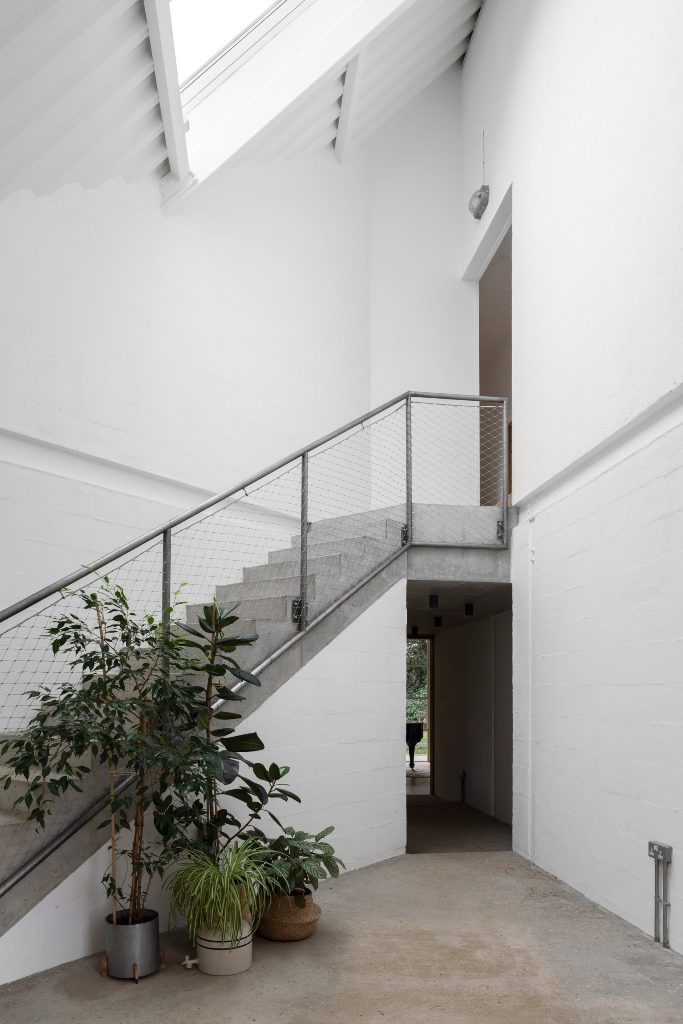 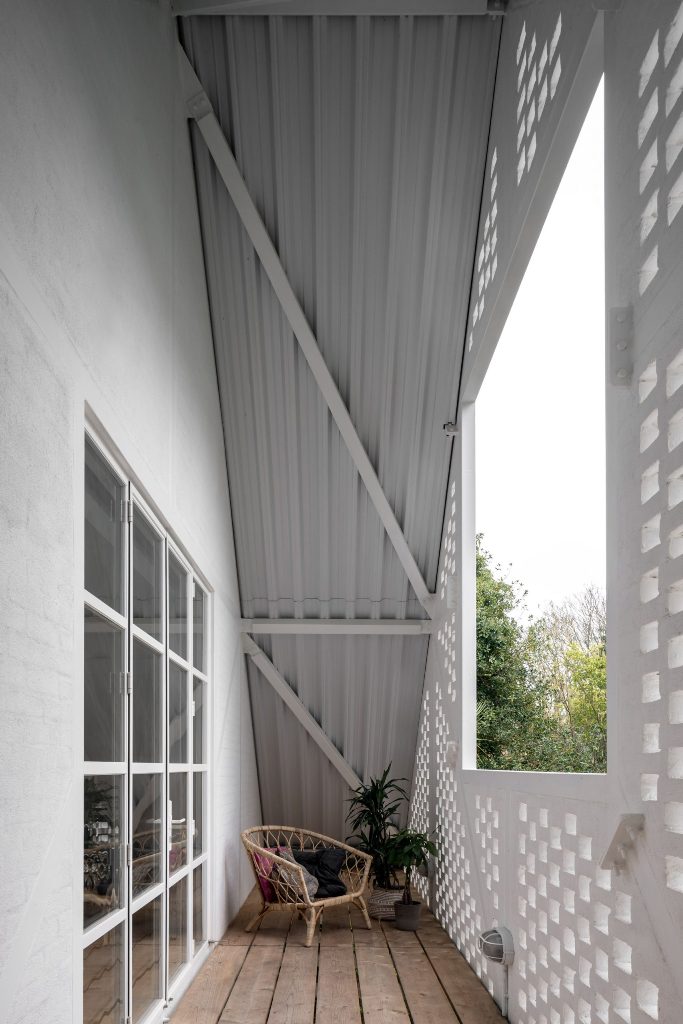 There's a small balcony under the cover, with a rattan chair and some plants