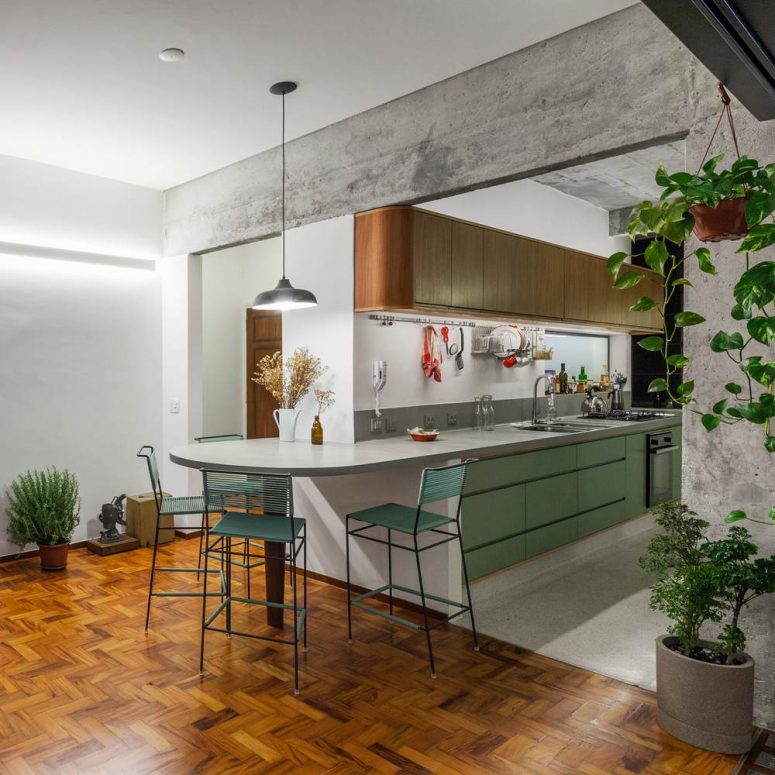 This modern apartment is a renovation of a historic one, done with elegance and style

This is the newly designed interior of an apartment situated within the Trussardi building in Brazil. The historical importance of the building which was built back in 1943 made the remodel of this apartment particularly challenging. It was not in the sense that it posed limitations but rather in the sense that a lot of the original architectural details and features had been covered up and altered by previous renovation.

The idea was to bring back these elements and to at the same time put a modern spin on the new interior design. In addition to the historical component, there was another challenge in the form of the apartment’s odd and unconventional layout. It has a curved balcony which was previously enclosed in glass and rooms with unusual orientations and diagonal placements. During the remodel the majority of the interior walls in the apartment were taken down. The balcony was once again opened and connected to the living area and one of the bedrooms was also integrated into this space. By doing that the architects created better cross ventilation throughout the apartment and managed to bring more natural light inside as well. To make up for the lack of interior walls they designed a custom sliding bookcase which can be easily moved around and which can either connect or divide the areas.

The kitchen layout and design also help to bring the spaces closer together and make the transitions seamless. Another big change in terms of layout was the addition of a second small bathroom to be used by guests. 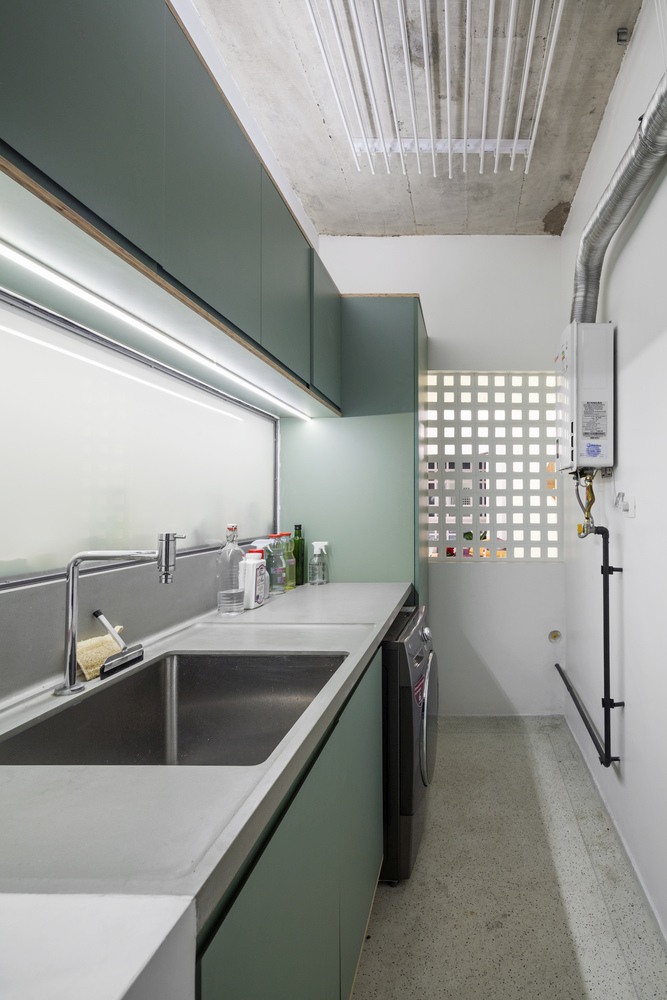 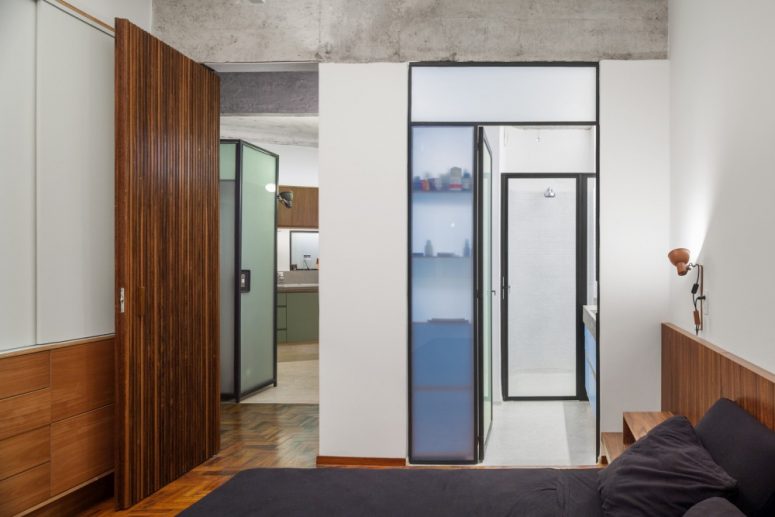 One of the bedrooms was integrated into the living room, leaving two separate ones 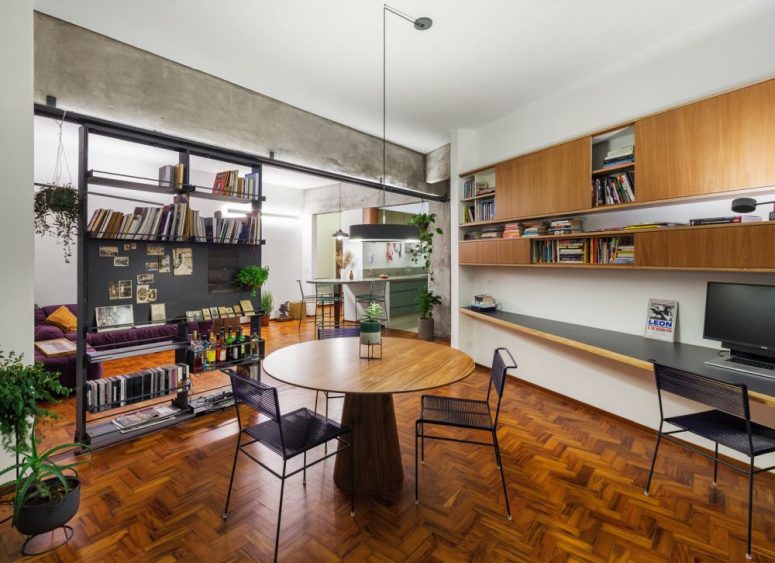 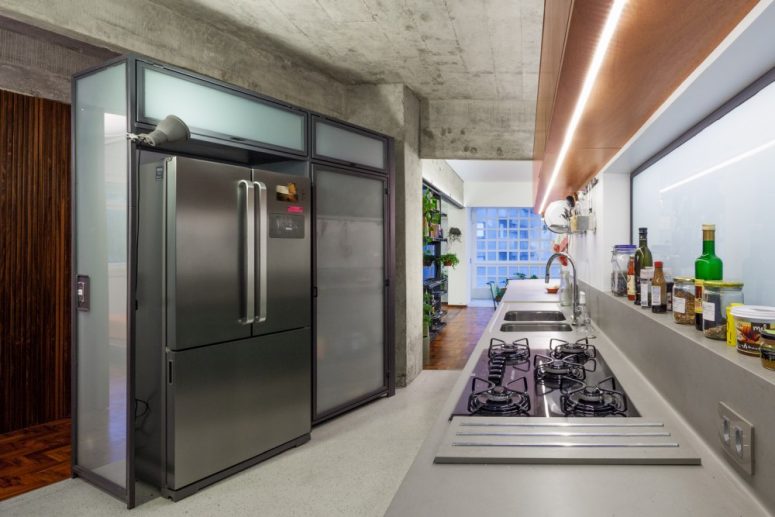 The kitchen has an asymmetrical layout, with one of the wall placed at an angle 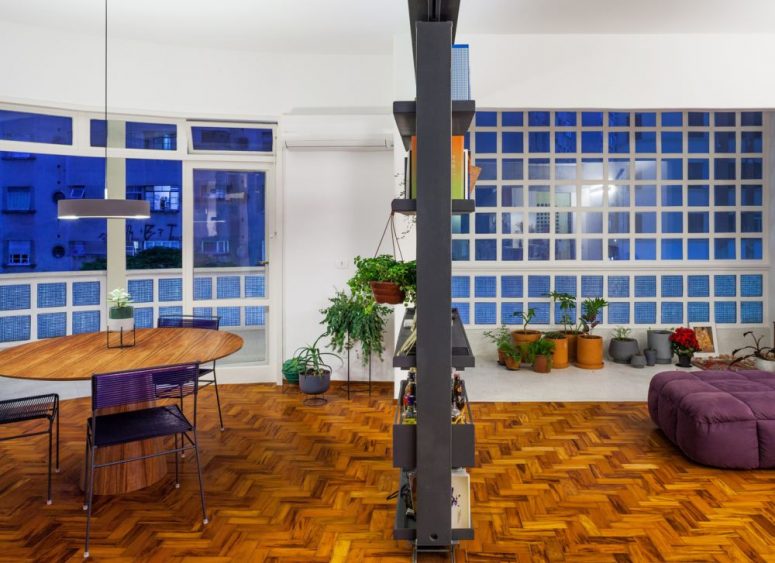 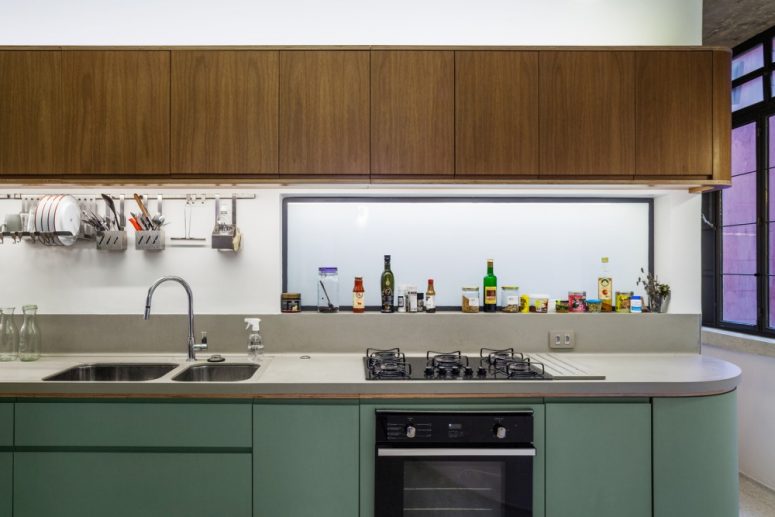 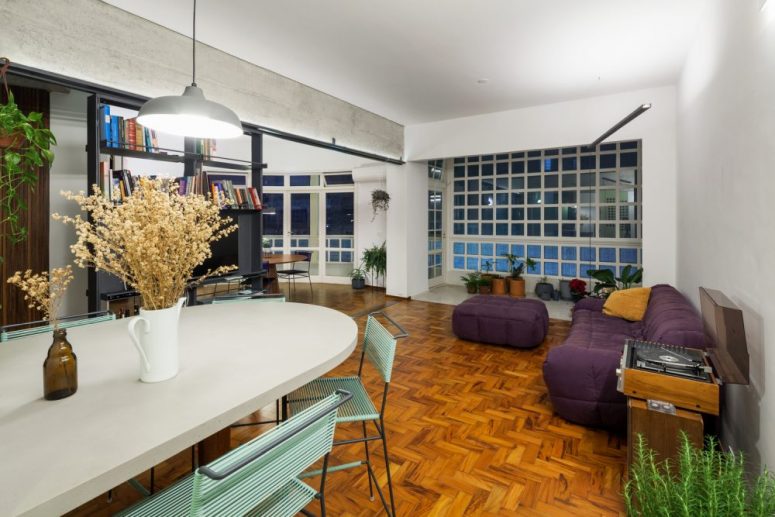 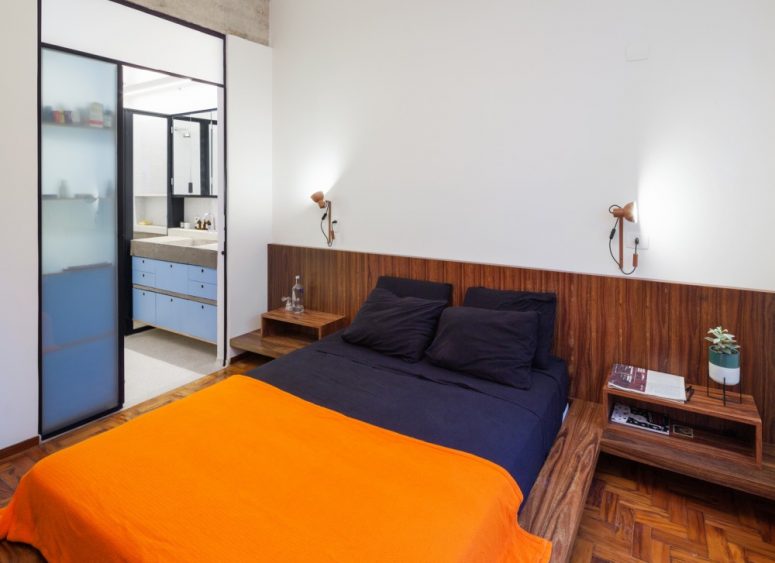 The master bedroom shows off darker wooden furniture and parquet floors, sliding doors lead to a grey and blue bathroom 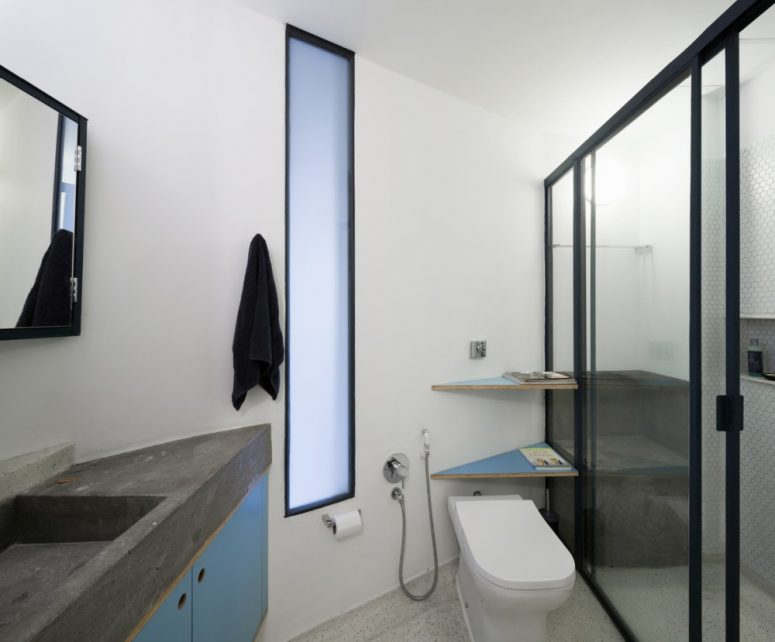 The bathroom is small, done in grey, white and blue with concrete countertops and a comfy shower 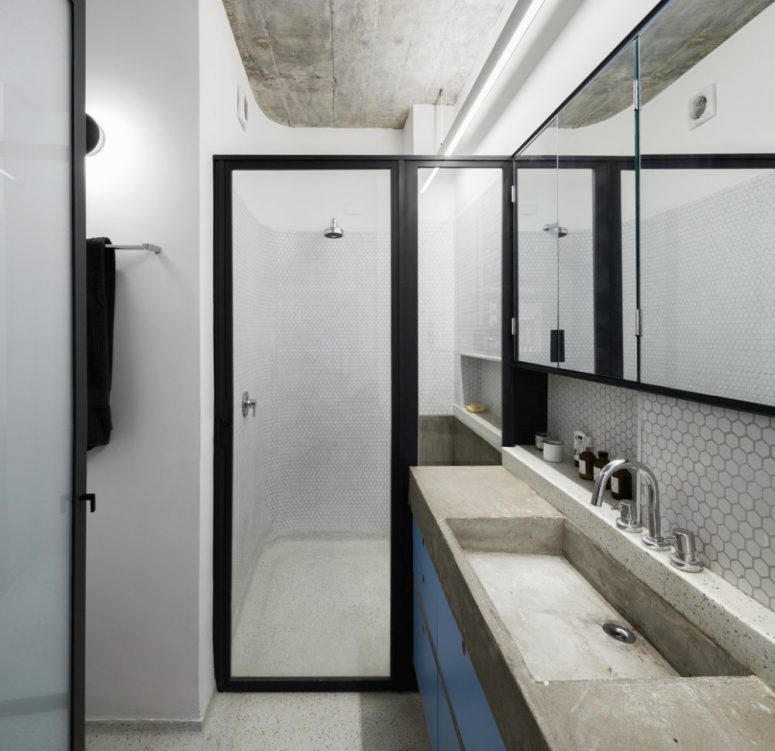