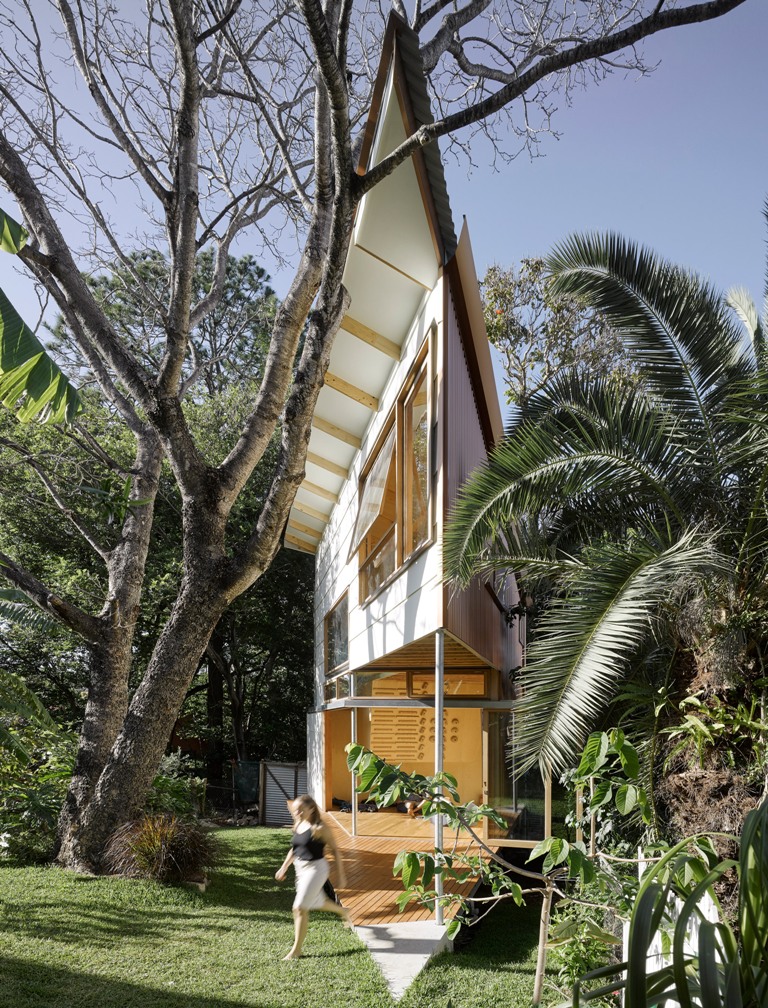 Described by the Phorm Architecture + Design as a detached residential extension, the Taringa Treehouse is built under the shelter of a tree, in the backyard of a property in the Queensland city. The treehouse presents no formal elevation back to the original house. The intention was not to fill the backyard but retain the natural aspect and vacancy.

The wedge-shaped structure presents its broadest sides to the neighboring properties and its narrowest towards the owner’s home and garden. In an effort to reduce the impact of the structure further, a ground-floor patio is cut into the tip of the two-storey structure. The garden-facing elevation is made from weatherboard, while metallic cladding covers the western façade.

Inside, the climbing wall stretches up the back wall of an informal lounge area, while a translucent stairwell wraps around its back, leading to a study, bedroom and bathroom on the upper floor.

Spaces are wood lined throughout, bar the bathroom, which has glossy grey-painted walls that match the color of the upholstery selected for the sofa and bean bag. A wooden table and shelves are built into the study to make the most of the angular space. There’s extensive glazing, which offer amazing views and connects the spaces with outdoors. The mixture of cladding references the adhoc materials used by children to build backyard treehouses.

The scale of the building is proportioned to the tree. The structure is stretched and elongated to reach the low branches. Many aspects of the treehouse are informed not from local domestic architecture but rather the playful language and sensibilities of children’s cubby houses which traditionally inhabit this terrain. 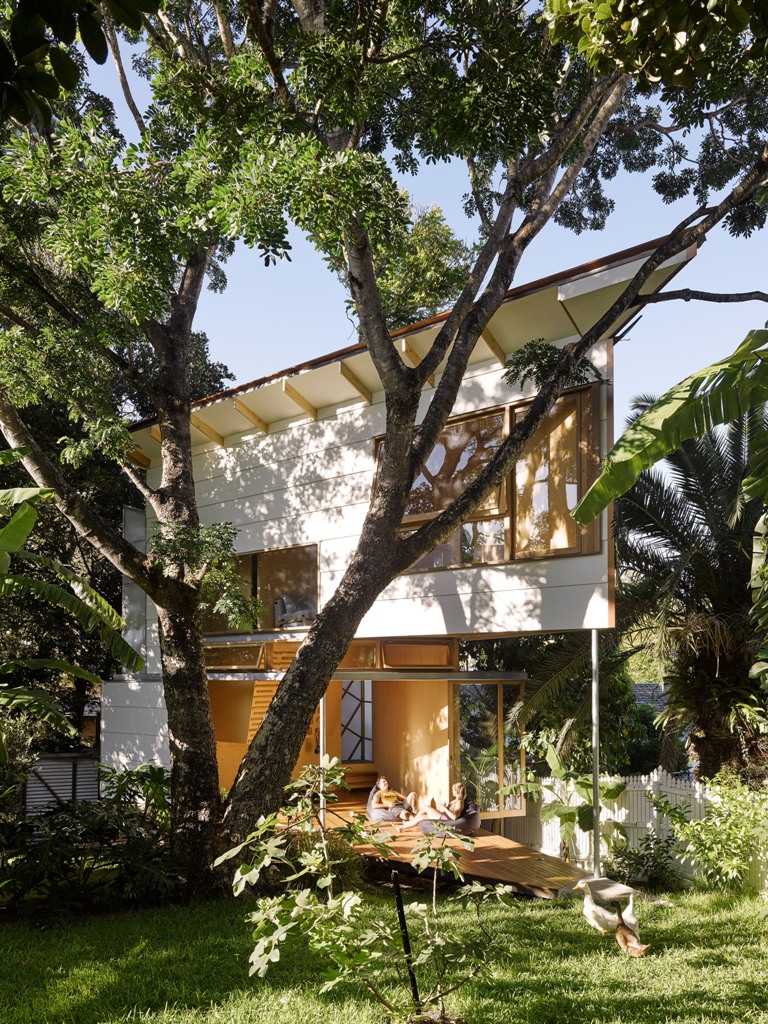 The structure is wedge-shaped, and there are two floors plus a terrace outside 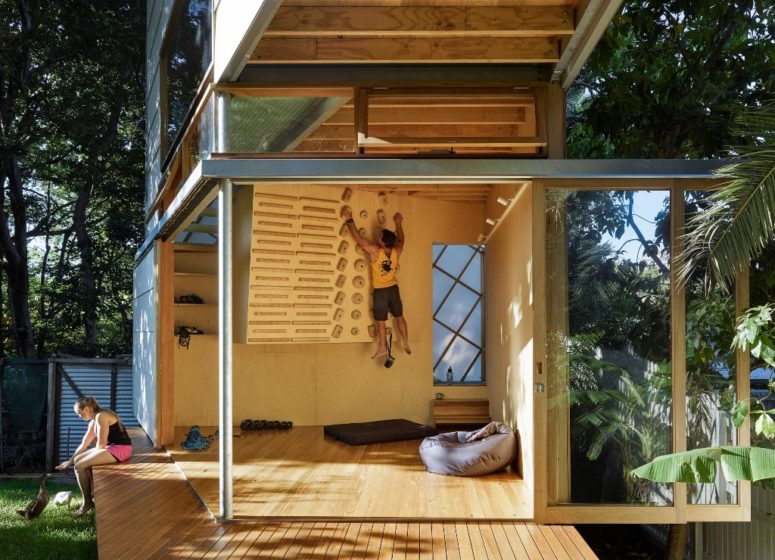 The first space is like a home gym, with various sport stuff and a climbing wall 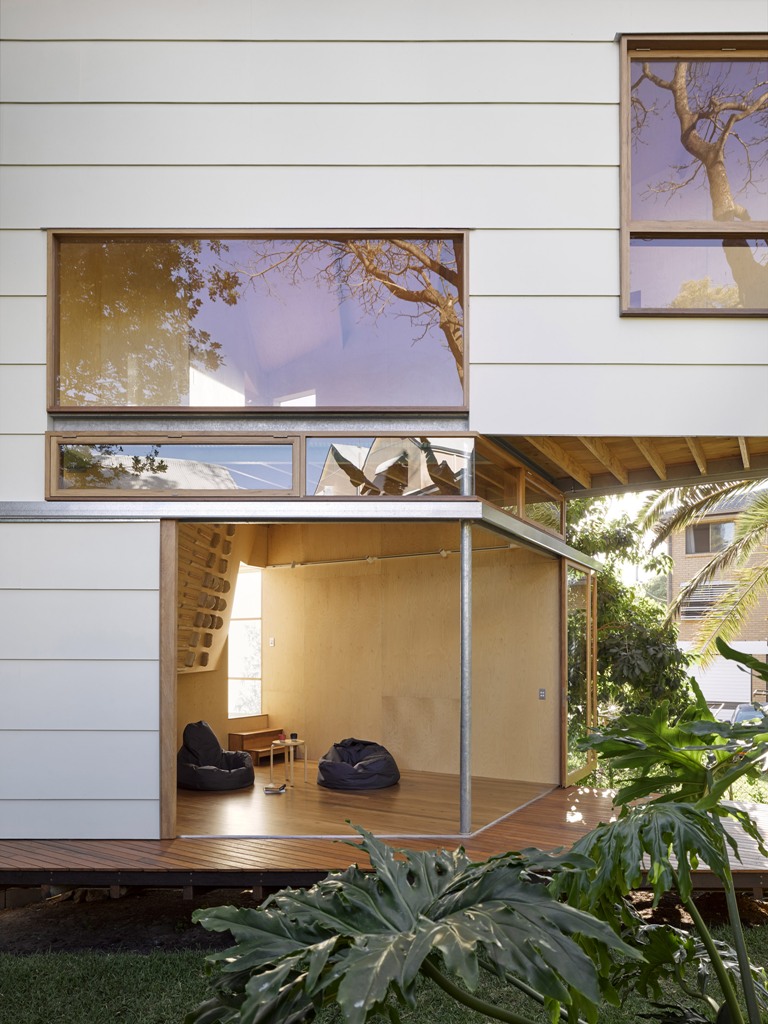 It can be fully opened outside, there are glass doors that allow doing it, and comfy bean bags create a cool chilling zone 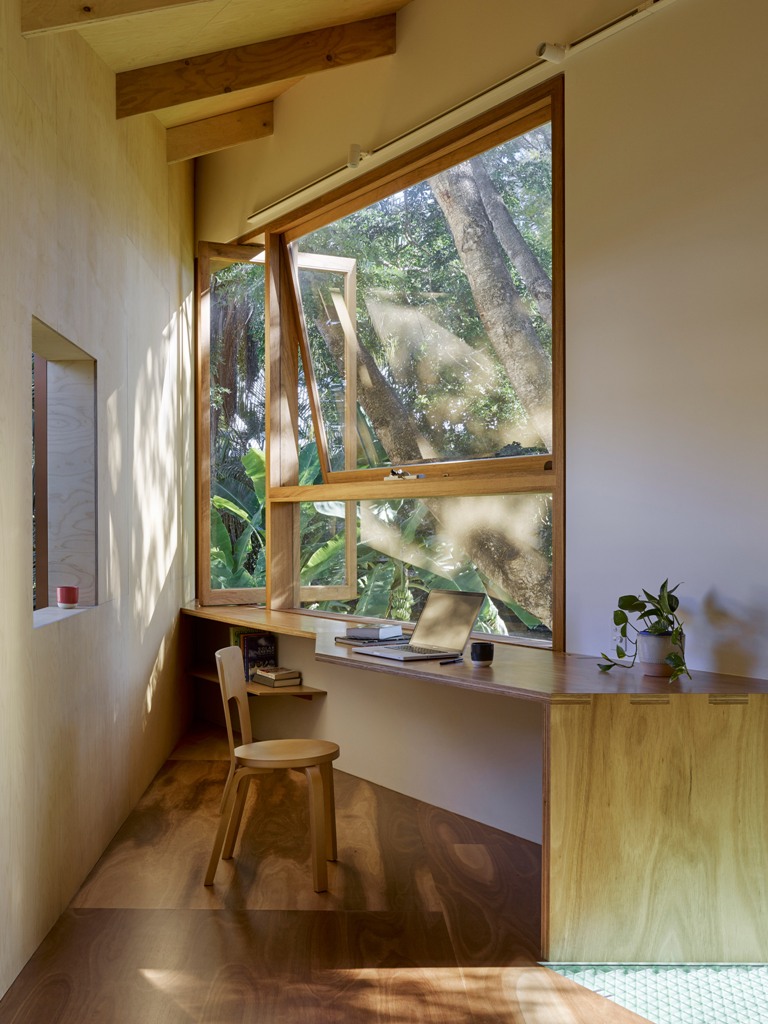 The upper floor is taken by a small yet comfortable home office with a glazed wall, which provides cool views and inspires working 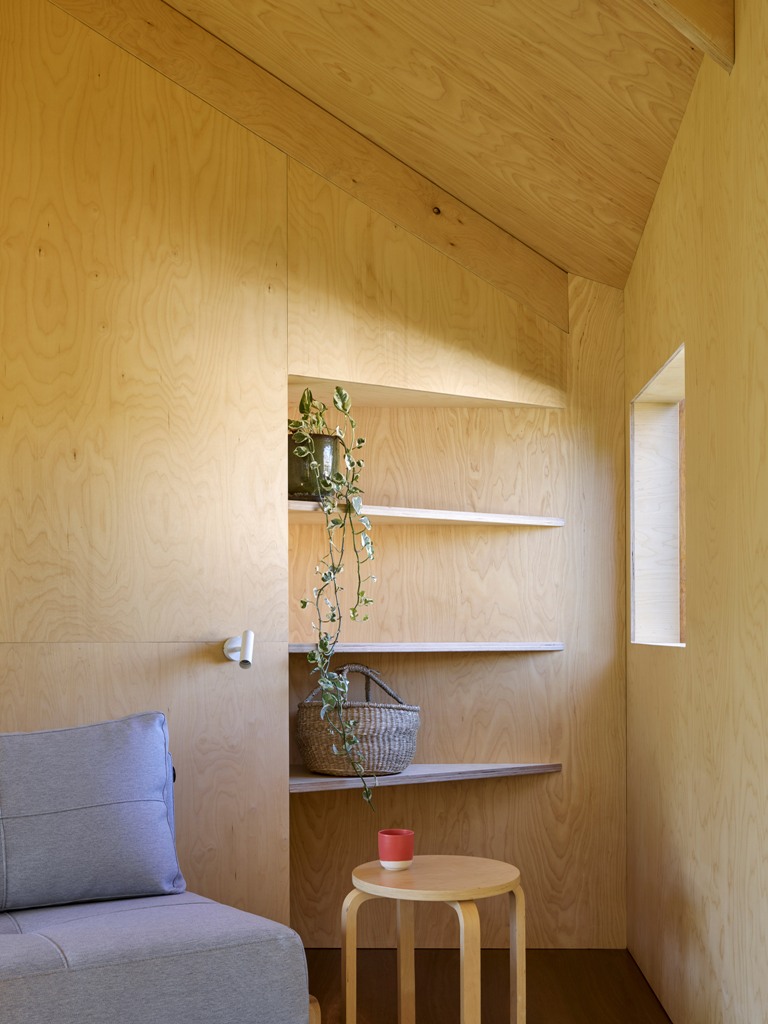 There's even a sitting nook here, where the owners can read and enjoy the calmness of the retreat 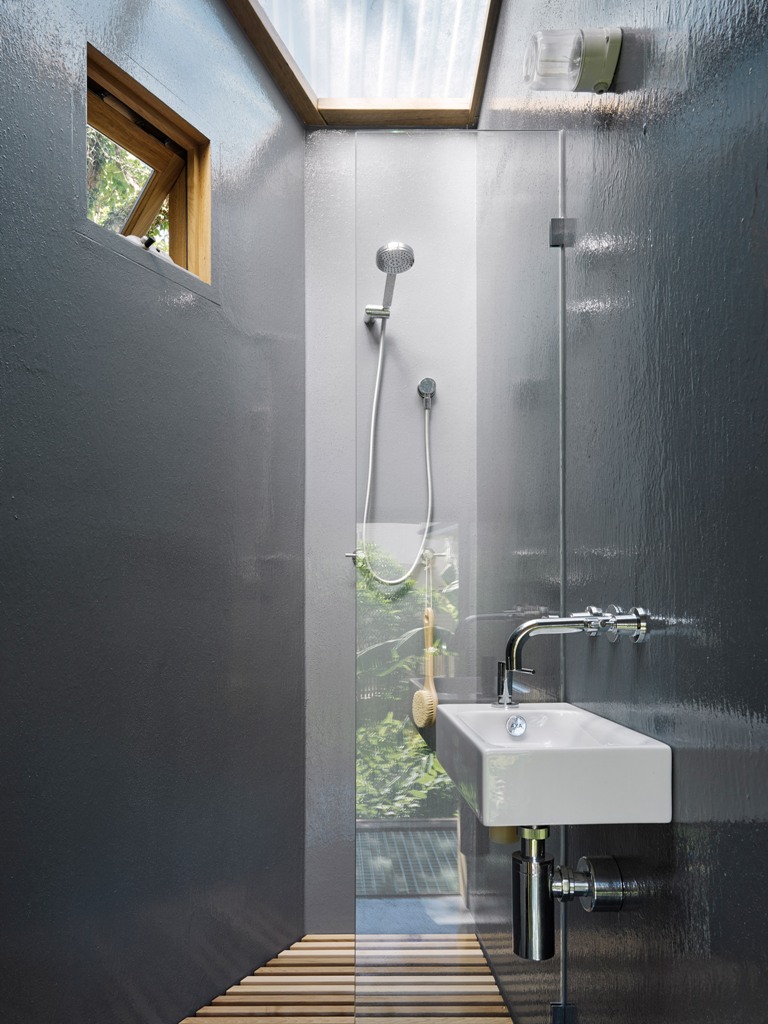 The upper floor also contains a shower, which feels like an outdoor one thanks to several windows, which still don't spoil privacy