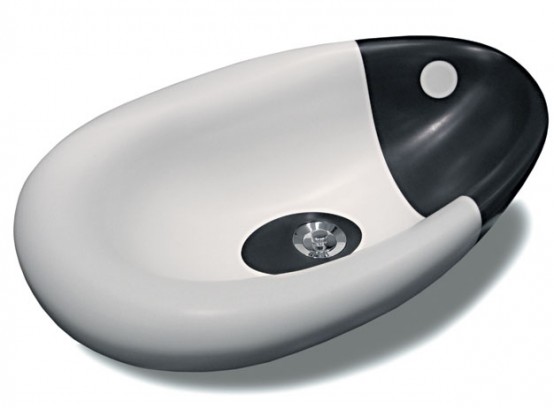 The Symbol Yin-Yang represents the ancient Chinese understanding of how things work. Rapsel implements this idea in their washing basin design. Like the symbol represent the interaction of two energies, washing basin represents the interaction of water and gravity.
Yin is usually characterized as slow while Yang, by contrast, is characterized as fast or aggressive. The same analogy Rapsel saw in water flowing inside the basin. In addition to interesting shape, such coloring makes this washing basin looks contemporary but not minimalistic. 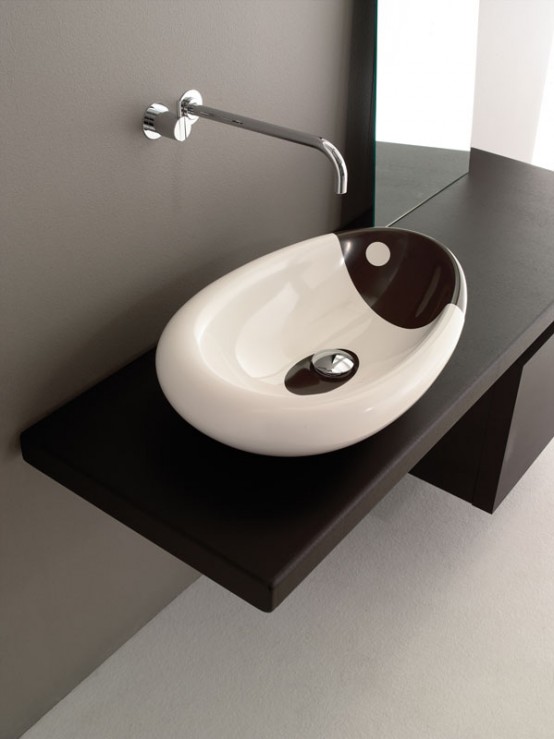 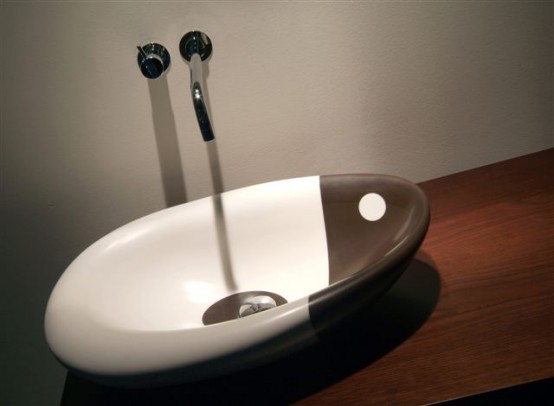