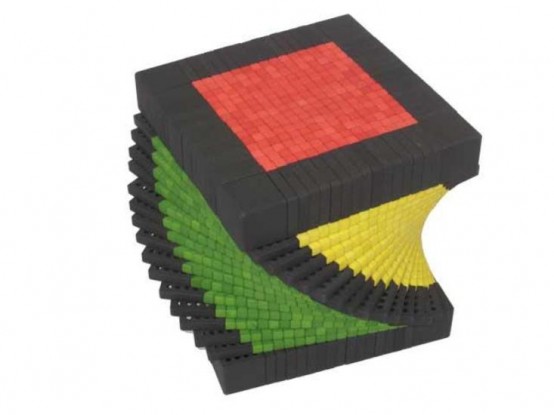 Rubik’s Cube is one of the most famous brainteasers in the world, it was created in 1974 by a Hungarian sculptor and architect Erne Rubik. Originally it was a plastic cube made of 26 smaller parts that could spin around their axes. Now imagine a Rubik’s Cube with dimensions 17×17х17! It already exists and is called Over The Top. It was created by brainteaser specialist, Oscar van Deventer, a designer from the Netherlands. Each side of the cube is made of 1539 parts. Such a cube may be used as a sidetable or even a chair. Then when you don’t use it as a table you can take it and try to solve the puzzle. A very interesting piece for any room! The cube costs $1,691 but it is really worth it! 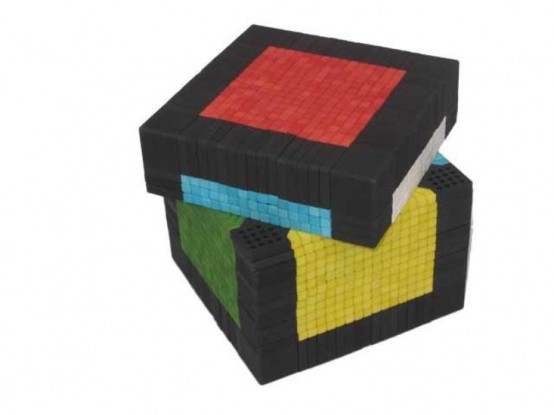 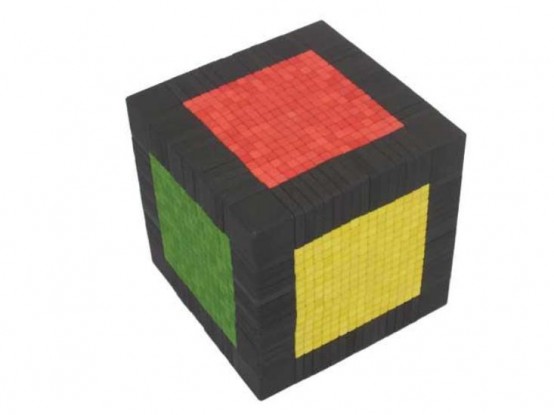