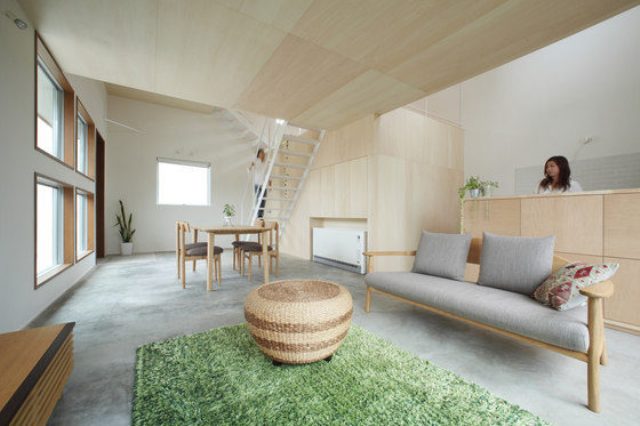 Azuchi house is a unique space that feels inside like outside, and spacious while being relatively small

Azuchi House by Alts Design Office is a unique case of creating outside-inspired spaces inside. This Japanese house shows off minimalism at its best and makes the owners feel inside like outside – so much freedom!

The living room is decorated with concrete and light-colored wood, the ceiling, wall and furniture are done with it. The kitchen is hidden behind a wood-clad panel, it’s located in the corner of the open layout. The dining space is done with a light-colored wooden table and some comfy chairs, and it’s located in the center of the space. The living room has a comfy grey sofa, a low furniture piece and a cool green grass-inspired rug, which adds an outside feel to the space. Due to lots of windows and light-colored wall cover the room looks bigger and light-filled.

There are two more levels upstairs. The second level features a space that may be used for kids’ games or some other things, it’s illuminated and filled with light, and there’s no furniture not to clutter it. It’s connected with the living room below, so people sitting there are united with those cooking in the kitchen. One more level is closed completely, and it features some private zones, which aren’t shown in the pictures: a bedroom and a bathroom.

The whole home is filled with light and feels very spacious while being relatively small and having a small footprint. There’s much light-colored wood used for decor, and it makes the home cozier and more welcoming, plus it gives a natural feel. 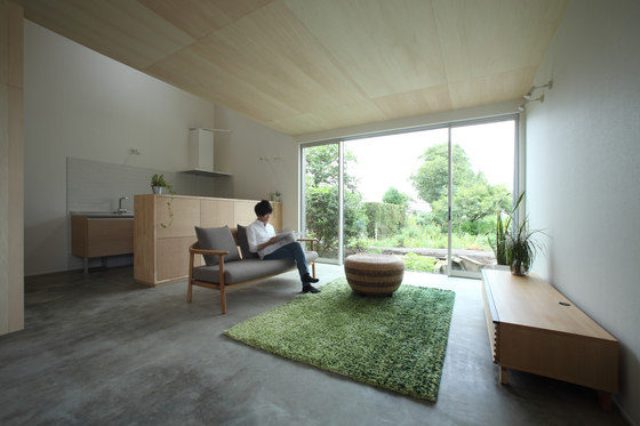 The living room is centered around the glazed wall, and the kitchen is placed in the corner, it's separated with a wood clad kitchen island 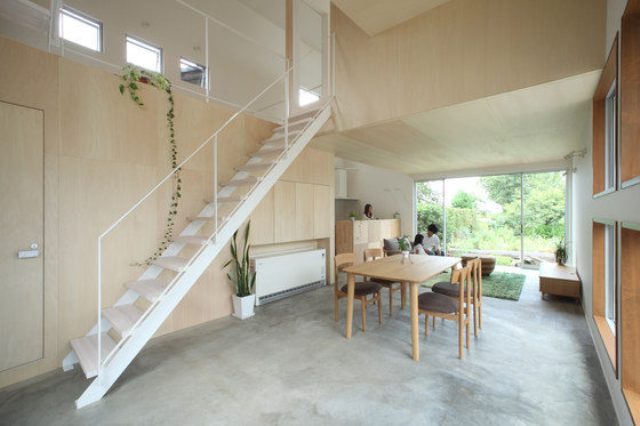 The dining space features a light-colored modern dining set, and there's a ladder going up to the next levels 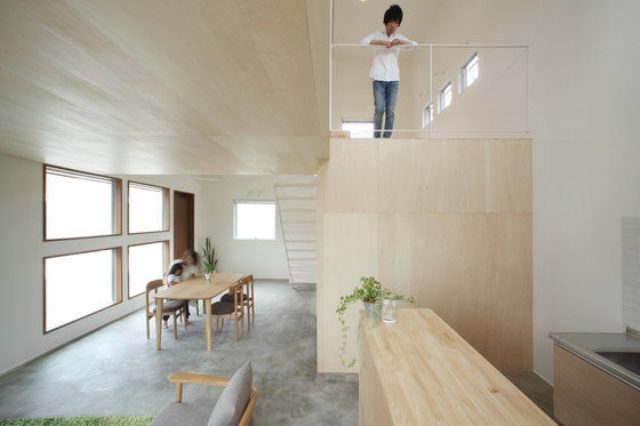 The second level is connected with the kitchen, people there can communicate with others in the kitchen 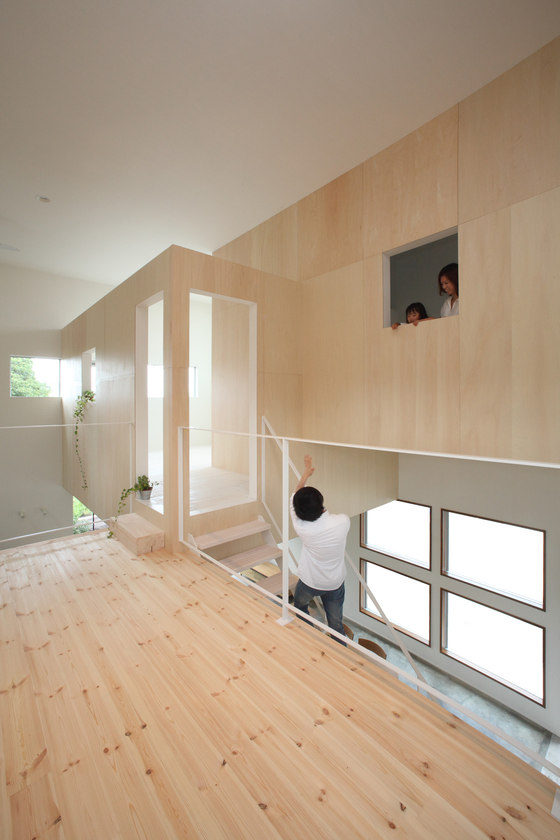 This is the second level, it doesn't feature any furniture, only an open space, which isn't cluttered as it's rather small 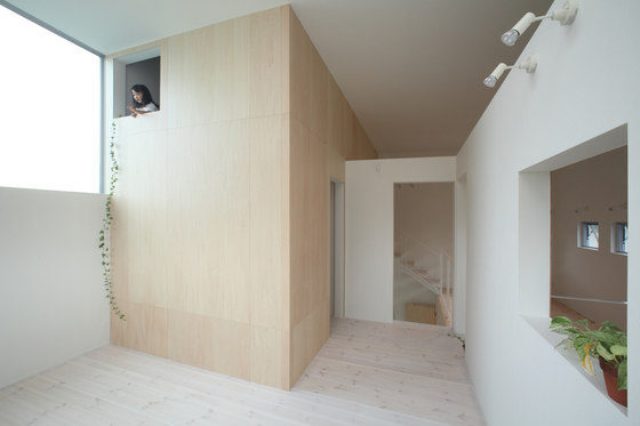 Windows everywhere fill the spaces with light, and lots of lamps illuminate them making them look bigger 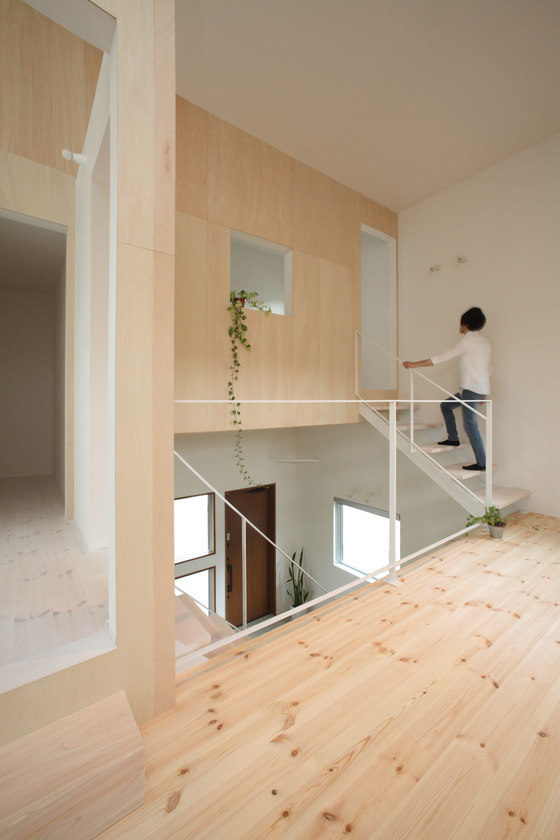 There's another level, which is more closed as there are private spaces there - a sleeping space and a bathroom 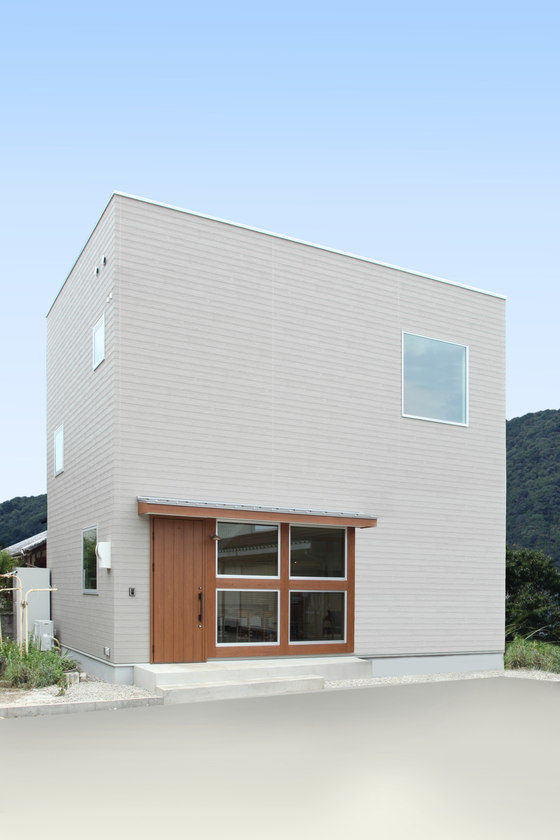 The house has a relatively small footprint, it's clad in white and there are lots of windows spotted here and there