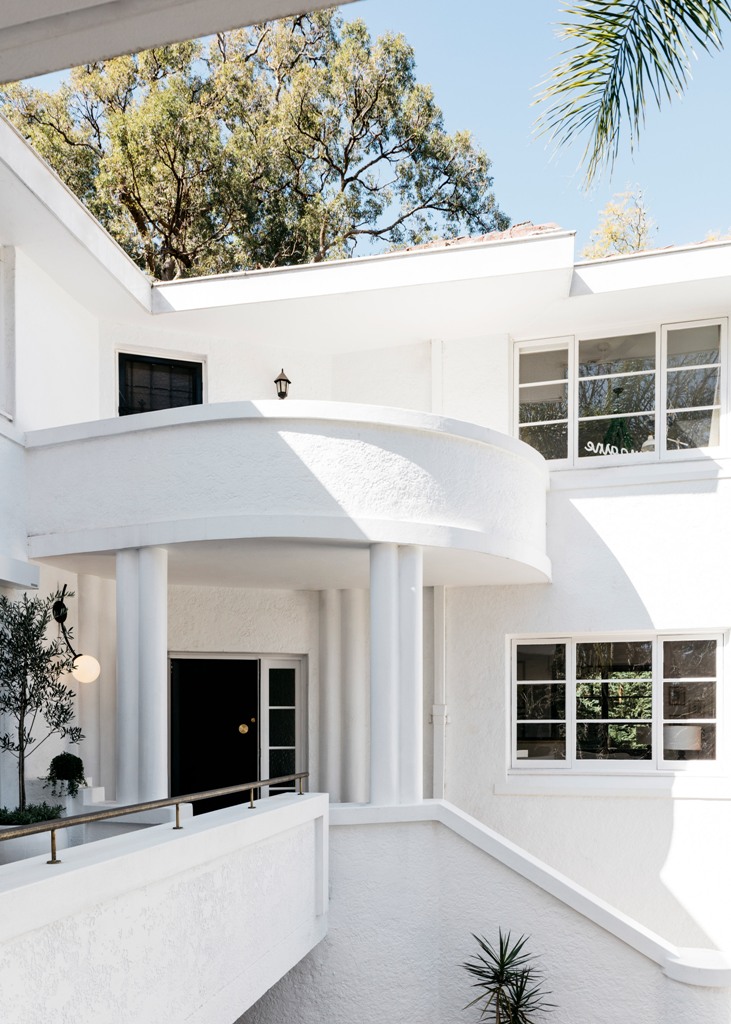 This gorgeous home was built in 1930s and its facades are inspired by luxurious ships that were on at that time, the outside was kept and restored, the inside was renovated

Curatorial House, situated in the city’s North Shore area, was built in the 1930 and then redesigned by Australian studio Arent & Pyke to let the owner’s extensive art collection take center stage.

The original house is characterised by white-painted and curved facades intended to emulate the appearance of luxury ships that were popular during the period when the house was built. The architects kept the original structure and redesigned the inside to make it more modern. The new design respectfully nods to the glamour of the era and avant-garde nature of the P&O movement, which was on in 1930s.

The studio began by applying a monochromatic scheme throughout the home to visually unify its living spaces, completing walls in white and timber floorboards in starkly contrasting black. The designers also hoped the restrained palette would allow the artworks and furnishings to speak volumes.

The kitchen, which had previously been sat at the rear of the home with little access to natural light, has been moved to the centre of the ground floor to serve as the main family gathering point. It now features a marble-topped breakfast island, pale cabinetry and a full height display unit for crockery.

The designers then decided to introduce a fireplace to the home’s living area to make it feel more warm and welcoming. A balcony has also been constructed at the front of this room to create a better visual connection towards the property’s sizeable garden and outdoor pool. Get inspired by all the spaces of this amazing home and extension below! 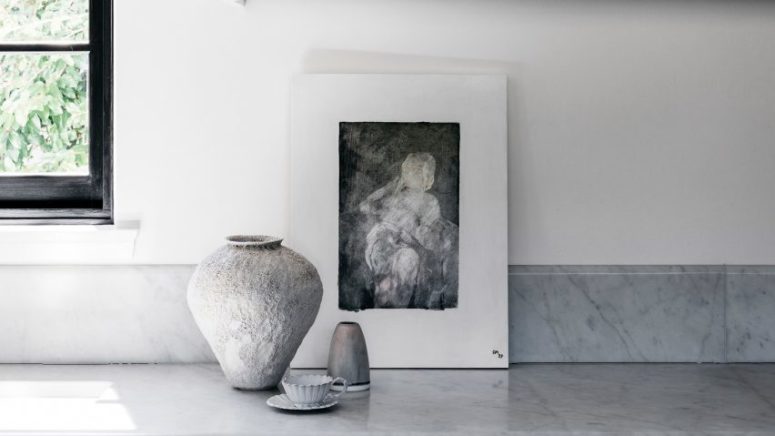 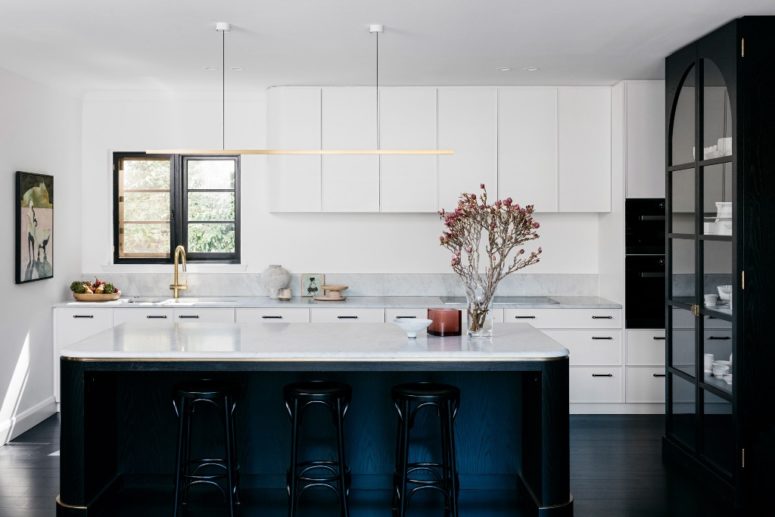 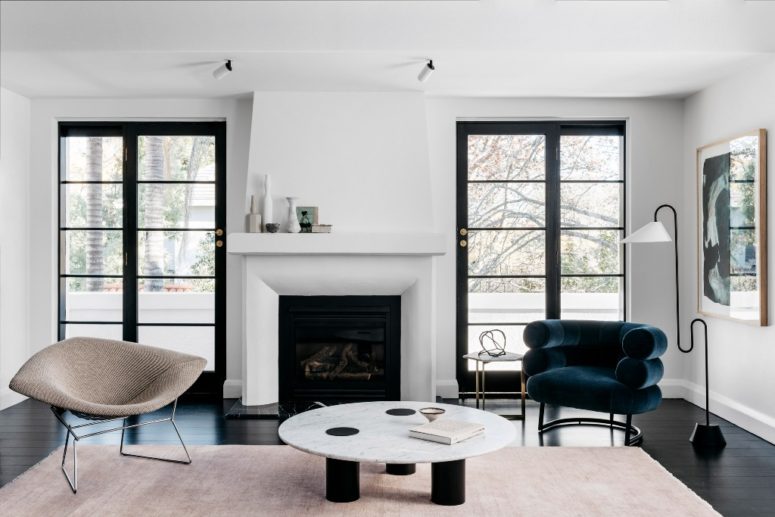 The impeccable taste, with which the furniture was chosen, just strikes, and look at that fireplace, that was newly built - isn't it perfect stylized 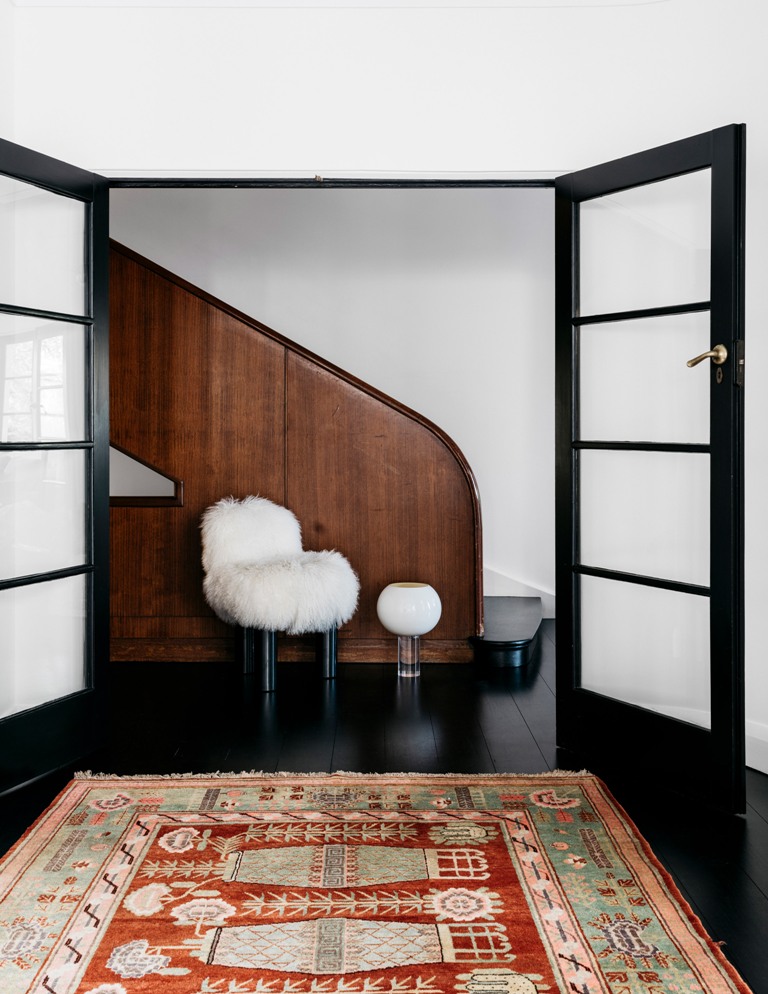