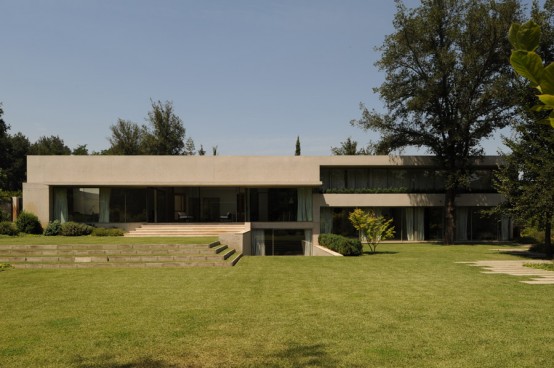 Even though this house doesn’t look unusual outside it’s such inside. The house is a simple beige two-floor villa of 718.5 square meters in Las Condes, Santiago, Chile. It was designed by Izquierdo Lehmann Arquitectos on big and beautiful site which not only gave enough space for such big house but also accommodated the pool near it. Amazing landscape views could be easily capture from the inside of the house thanks to big floor-to-ceiling windows around whole perimeter. Transparency is the main feature of the interior. Most public living spaces are separated only by glass walls which in addition to ceiling windows helps the house to capture natural light during the day. [Izquierdo Lehmann Arquitectos] 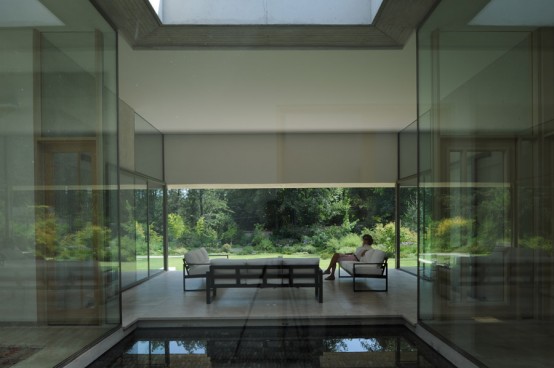 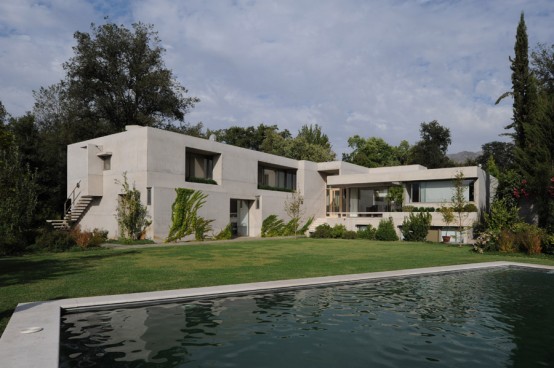 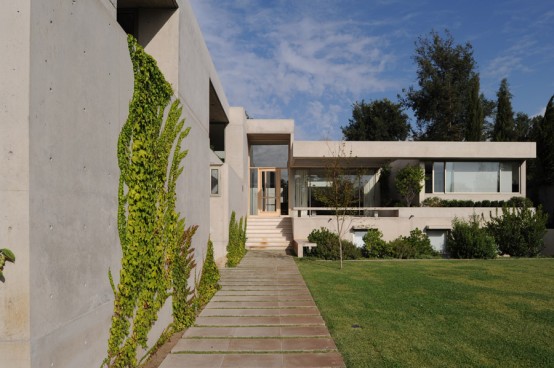 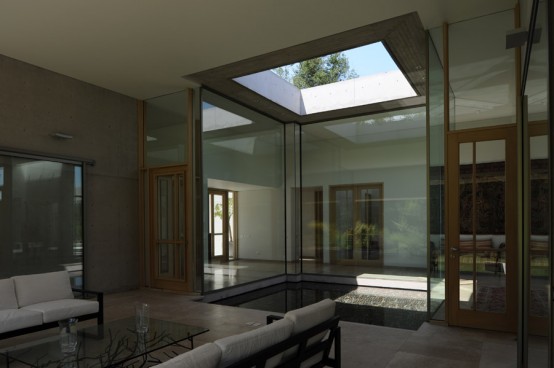 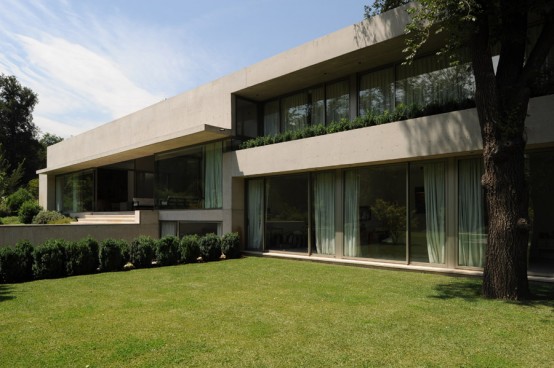 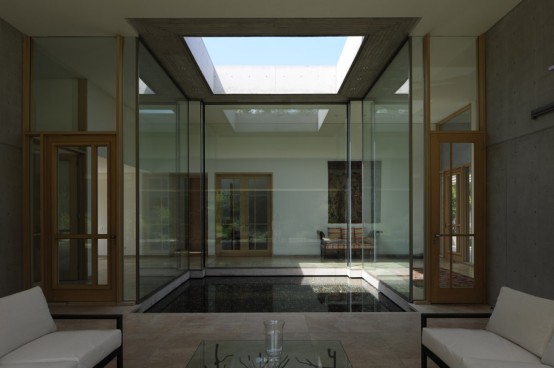 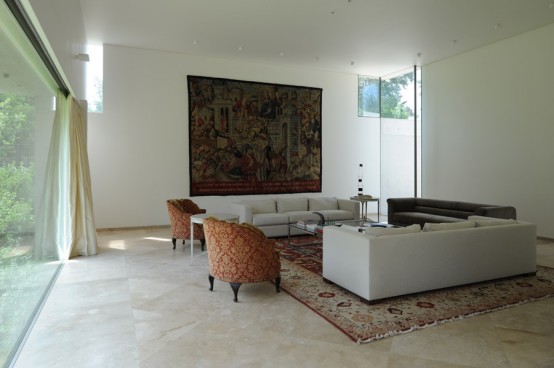 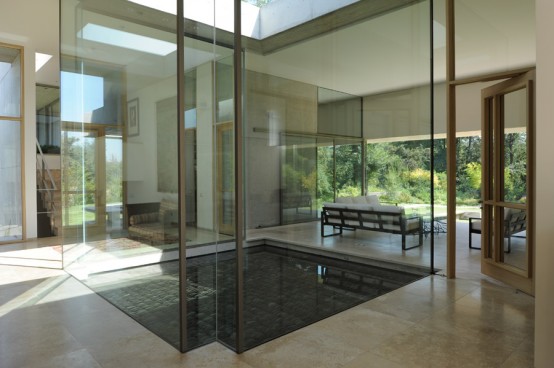