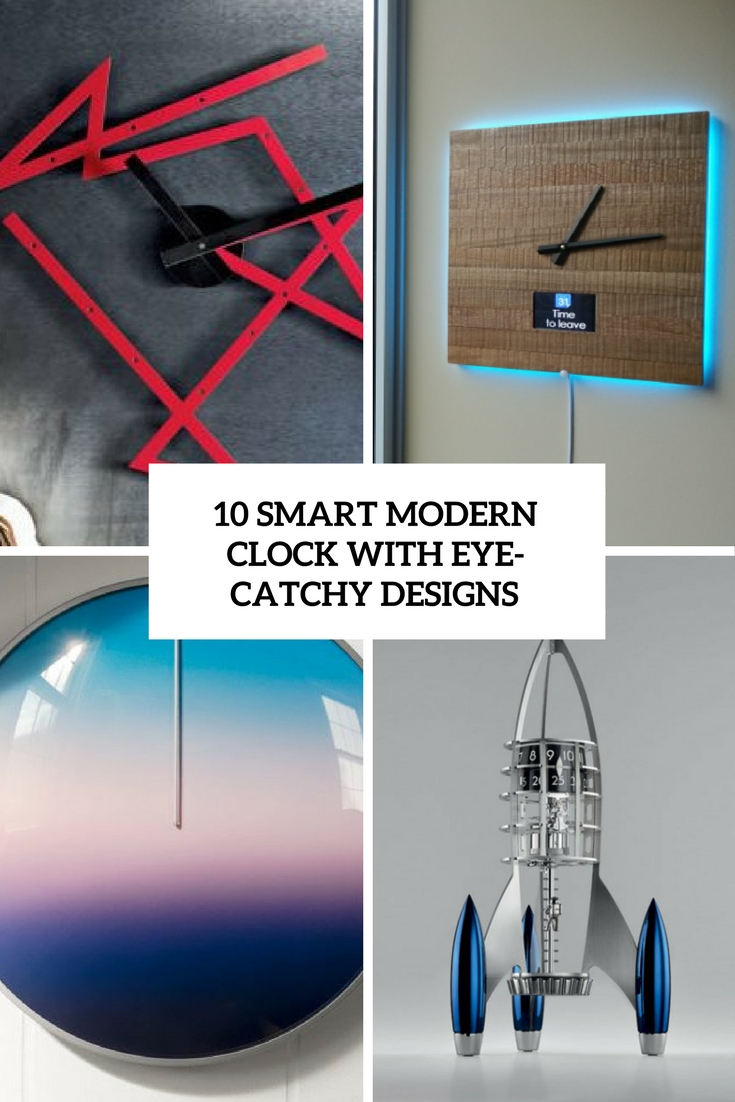 A clock isn’t only a piece that tells time, it’s also a part of décor. To make your décor complete and polished, to add a cool modern touch to it and maybe use some other functions, you’ll need a gorgeous clock. Here are some coolest options you may try, choose what fits your space the most.

The Tectonic Clock by Andreas Vang takes a new approach to the classic clock by putting a dynamic layer of keys on top of the clock’s hands. Time can hereby both be felt and seen as shadows on the watch’s surface. Each passing hour and minute is represented by a shift in the surface. Free of frill, this minimalistic timepiece offers an entirely new twist in telling the time that can be both seen and felt! 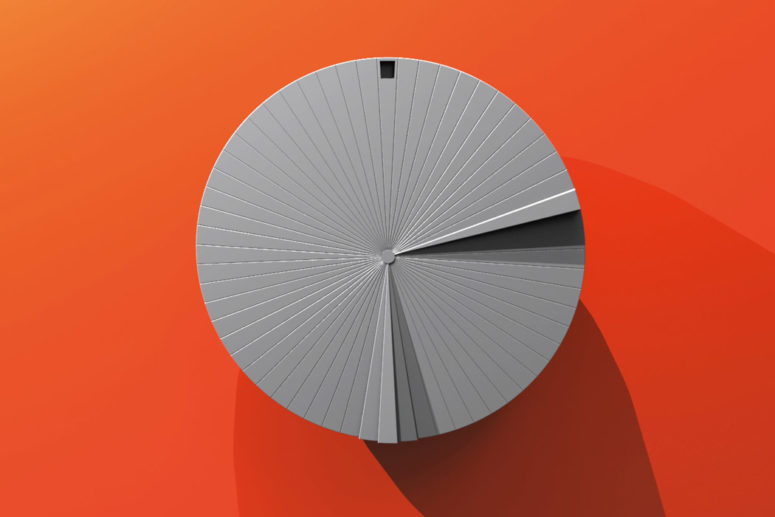 Today is a 24-hour timepiece that removes numbers from its design and instead displays a gradient-like spectrum of the entire day, balancing dawn, noon, dusk, and midnight. The clock completes one revolution every 24 hours with the hope that your perception of time will change allowing space for all the little things in life that can’t be counted. 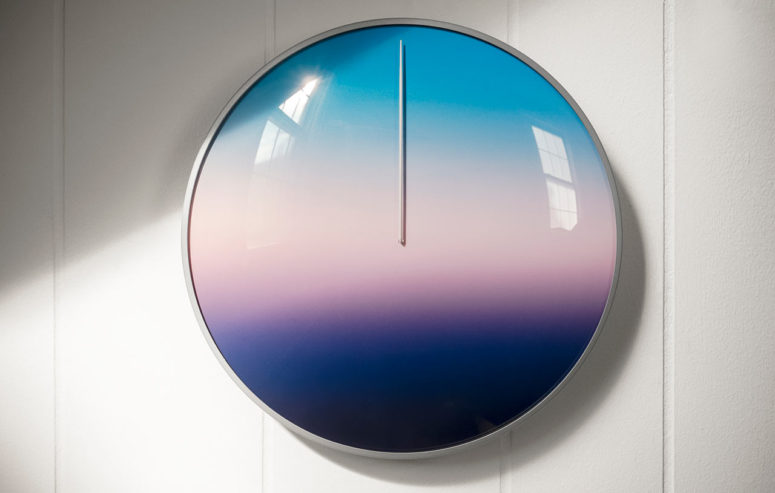 L’epée 1839’s eight-day movement fittingly follows the design of a real spaceship. Similar to that of a rocket, the clock’s power comes from the base – an oversized winding crown – and features its vertical regulator controlling precision above. Neatly, this regulator is protected from both cosmic radiation and dirty fingers by a small panel of transparent mineral glass. On top of this, the clock’s hours and minutes are displayed on large diameter stainless steel discs that have been stamped with numerals. 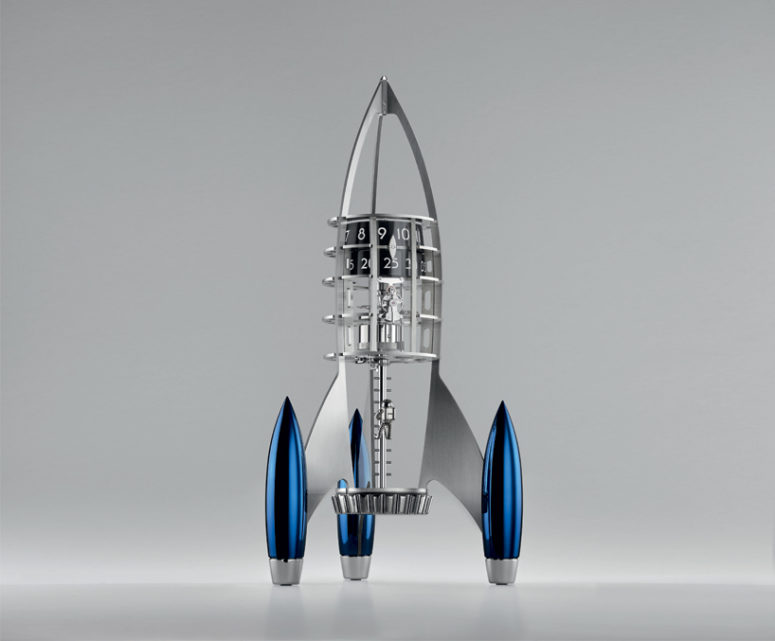 The Nixie clock, in its mad-scientist grandeur, is actually quite a simple and smart device. It comes with an adapter to power it, and it consumes such negligible amounts of power, it can apparently run for a month on the same amount of power used to run a 40W bulb for a day. Aside from that, it also comes with dimmable lights, making it the ideal clock for both regular and low light settings. 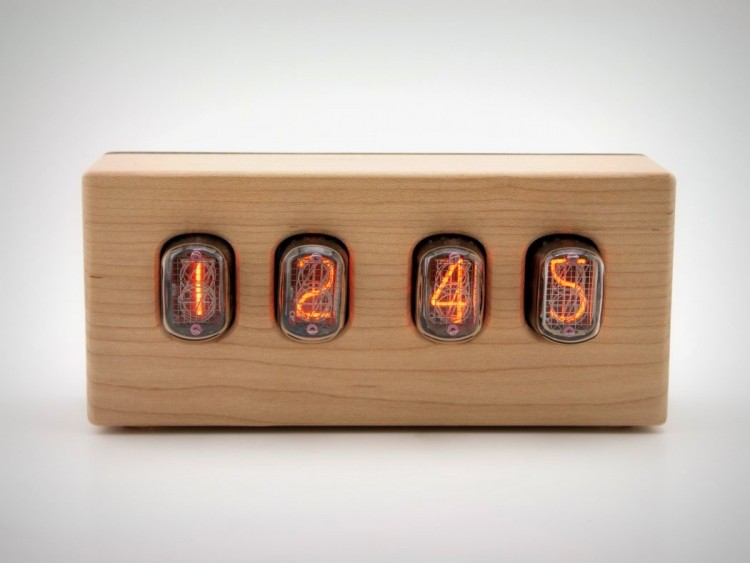 the Nixie Clock by CKIE (via www.digsdigs.com)

SH12 is a wall clock that plays with the relation of an object and its shadow. It represents the subconscious of time by displaying hours only through subtle impression and silhouette. A functional design with a combination of hard and soft, elastic material that mysteriously hides a part of itself under the visible skin, the SH12 clock is a visual representation of this phenomenon. 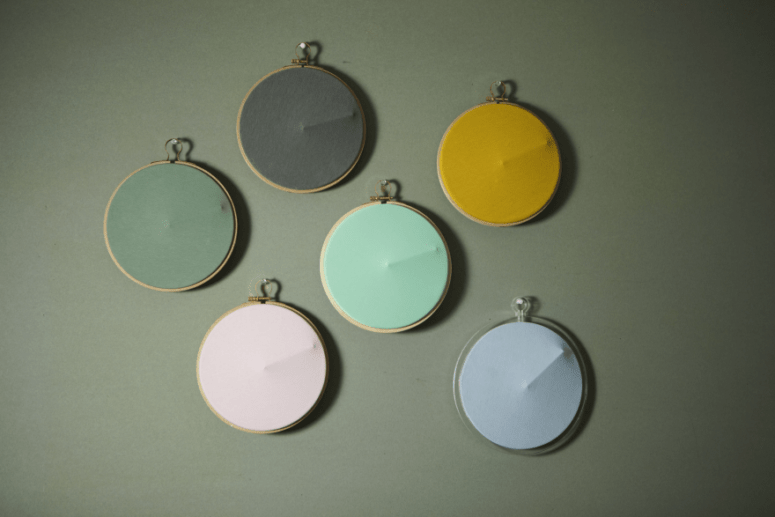 Time Maze by Alessi is a clock, the body of which takes the form of a broken line. At the center, can be found the clock’s mechanism. By defining that time is not linear or circular, but a labyrinth of abstract connections and playful interactions, the clock can be hung in any orientation allowing for a customized hanging in each home. The clock is constructed from stainless steel and comes in red, black and stainless versions.

Time Pattern is a wall clock that does away with the typical tick marks and numbers we normally use when telling time. Inspired by how time is always changing, designer Jorrit Taekema uses two lined triangular components that rotate to graphically represent the passage of time. The layered elements pivot around displaying an ever-changing white graphical pattern against the black clock front. 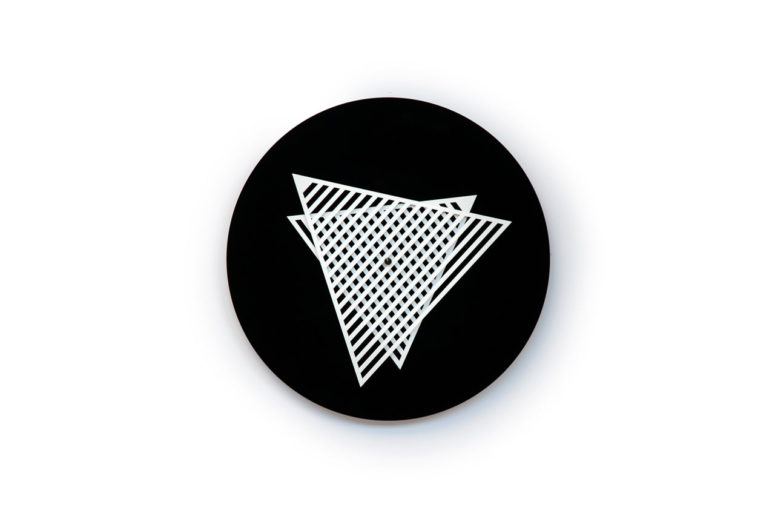 From Australian designer Abi Alice, the playful Dotty Clock started while playing with dot stickers in varying sizes and colors found at the stationery store. The minimal clock also references old astronomical devices that were used at one point to measure time by observing the movements of the solar system.

The Ingrein Smart Clock is just that, a hardwood internet-connected clock that keeps you informed without the distractions. Most of the time, the Ingrein Smart Clock will display the time and weather forecast, but when something important is happening, it will alert you via light, sound, and digital notifications. It does this in a thoughtful, not annoying way, and you have full control over what notifications from which apps you want to be informed about. 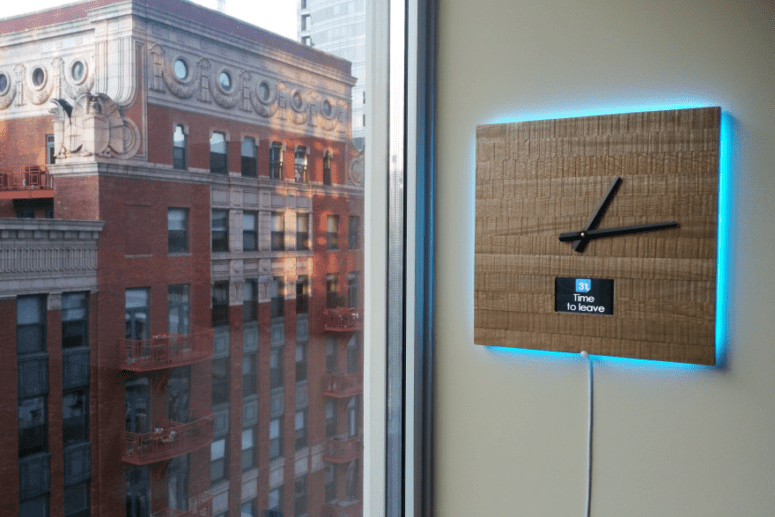 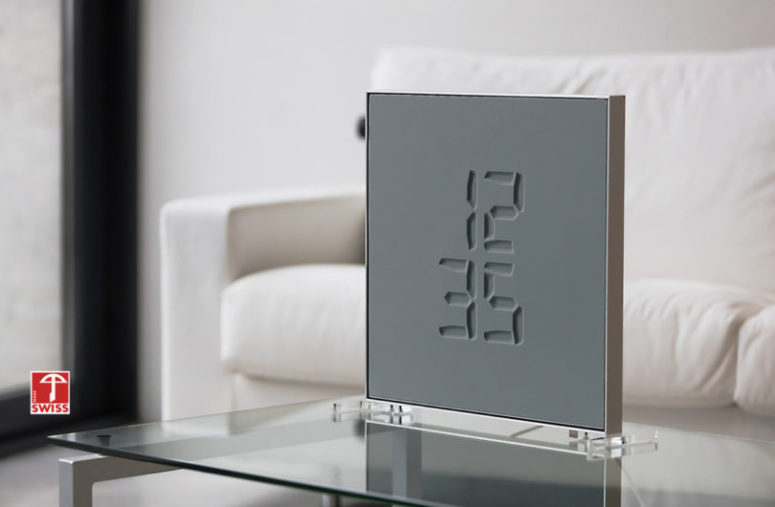