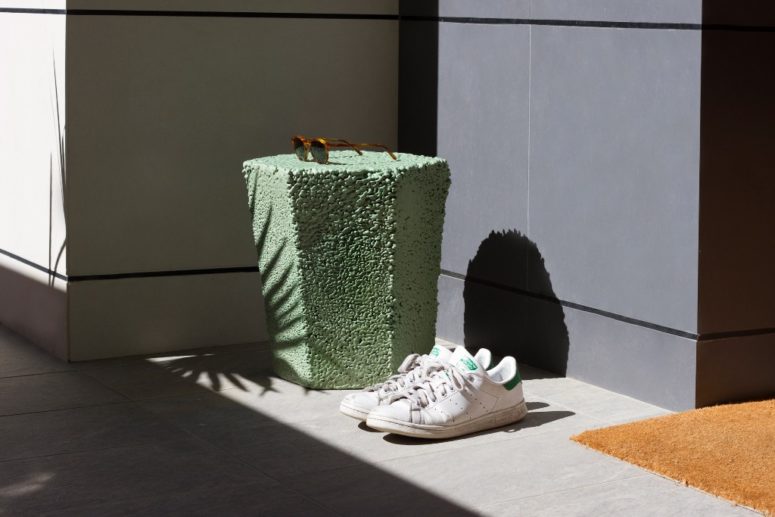 This creative stool is called RR201 and is made of polysterene waste, which was provided by a famous restaurant

Recycling wastes and reusing them for various purposes is a great idea, which will always be in trend. The piece we are featuring today is one of these, it’s made of plastic waste from one of the world’s best restaurants.

Called RR201, the polystyrene stools were commissioned by three-Michelin-starred El Celler de Can Roca in Girona, Spain. Spanish designer Andreu Carulla was the creative person behind this collection. As expanded polystyrene is difficult to recycle, the designer had to come up with an entirely new process.

The polystyrene boxes are cleaned before being shredded into raw material and compacted into a mold. Steam is then injected, causing the polystyrene to bond together and expand into the mold. Once formed, the uneven textured objects are given an eco-friendly coating, available in three colors. The coating provides rigidity, water-tightness and makes the stools suitable for outdoor use.

The slightly tapered honeycomb-shaped stools, which are currently in use on the restaurant’s patio too, are durable while weighing less than two kilograms each. If you are a person who is concerned about nature and likes original designs, it’s high time to get some for your indoor or outdoor space and enjoy! 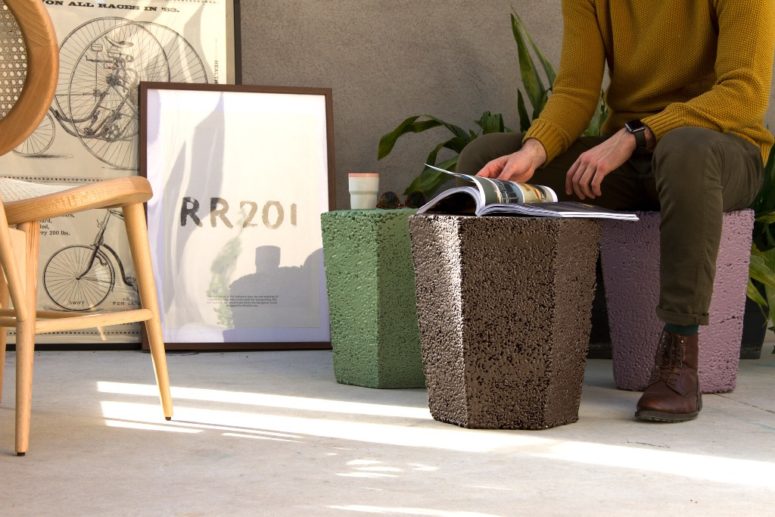 The pieces are of various colors and feature a cool texture, while their shape is hexagon 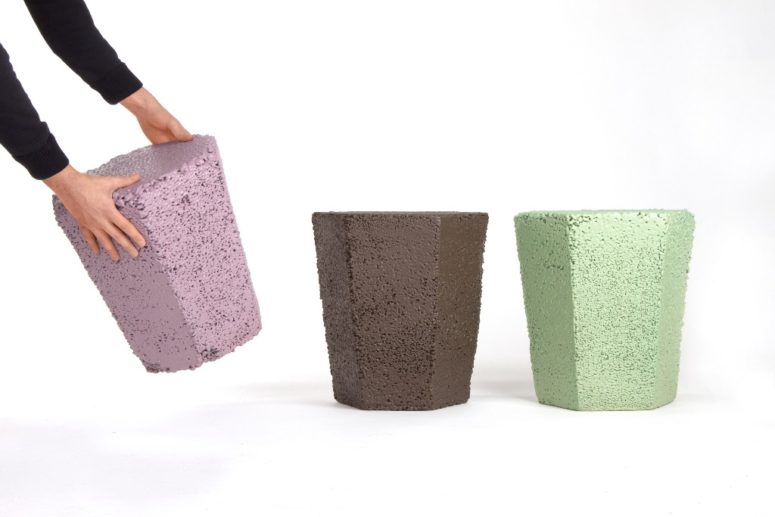 They will be a nice idea for any contemporary space, both indoor and outdoor one 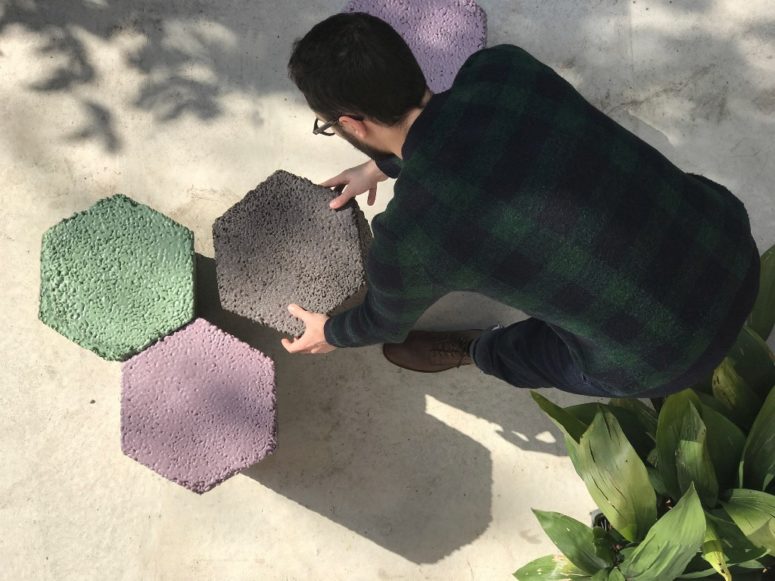 The same stools are placed on the terrace of the restaurant