A sunken conversation pit used to be a trend in the middle of the 20th century and the trend is coming back getting more interesting shapes. Now you can see not only sunken lounges, both outdoor and indoor ones, but also whole living rooms! Sounds cool, right? Let’s discuss indoor sunken living rooms and conversation pits.

Both sunken living rooms and conversation pits have the same advantages: the space feels larger and airier because you slightly separate the zones without a serious division just using the difference in the floor heights. Plus, the ceiling seems to be higher and it adds a spacious feel again. Now let’s take a look at some examples. 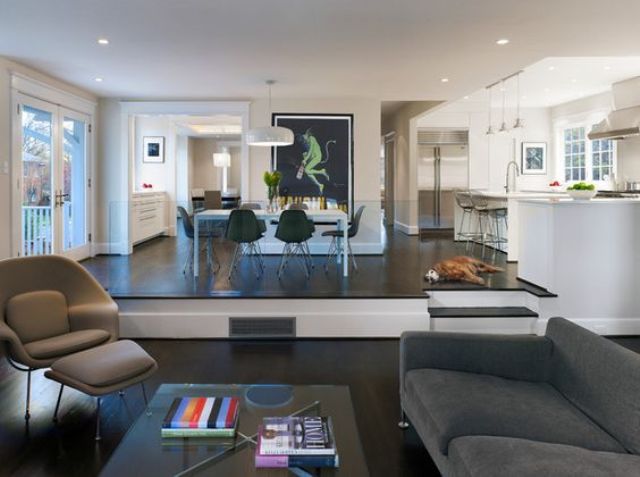 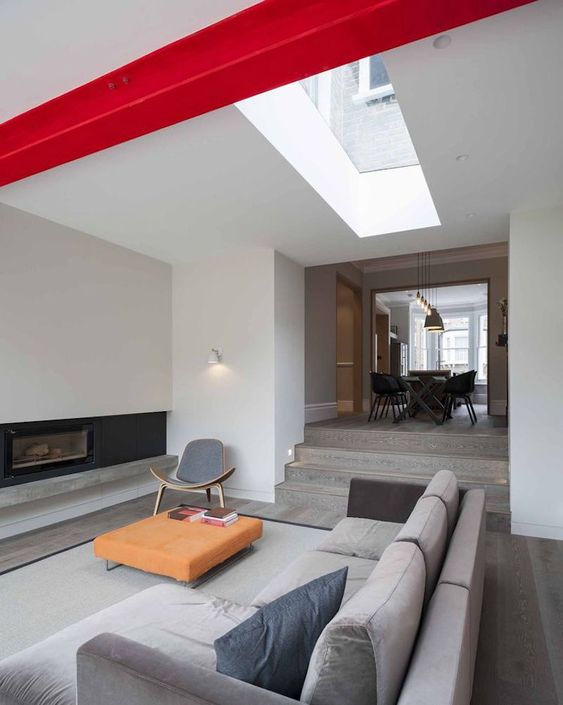 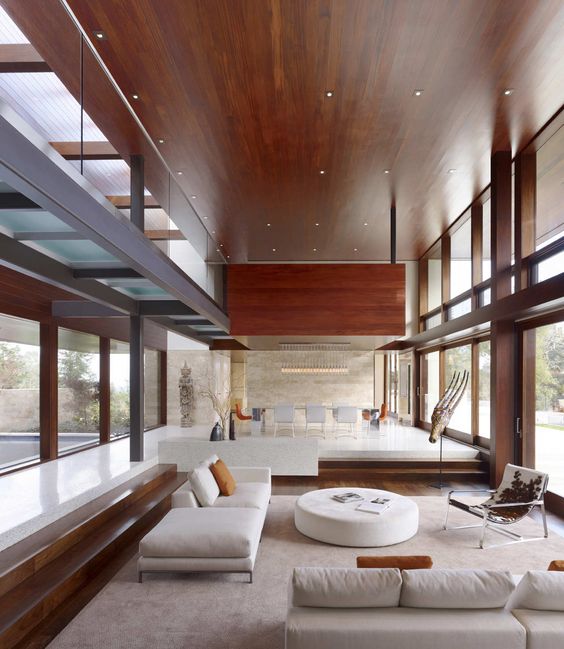 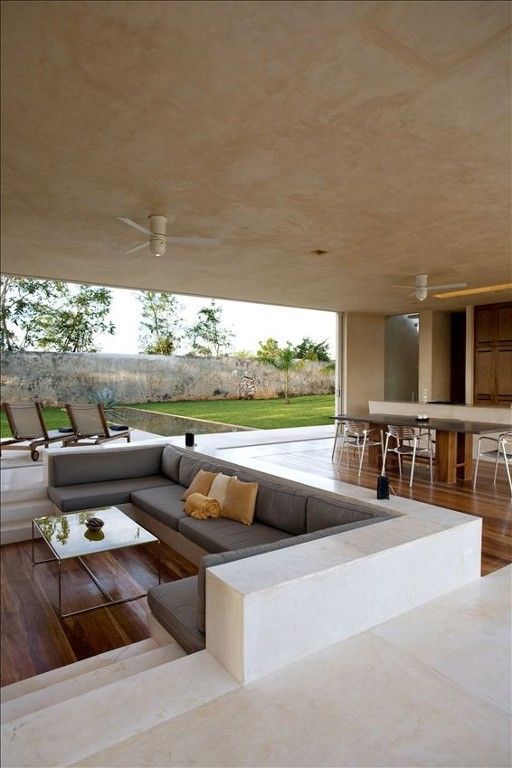 a sunken living room is divided from the dining space with a different floor level, no dividers needed 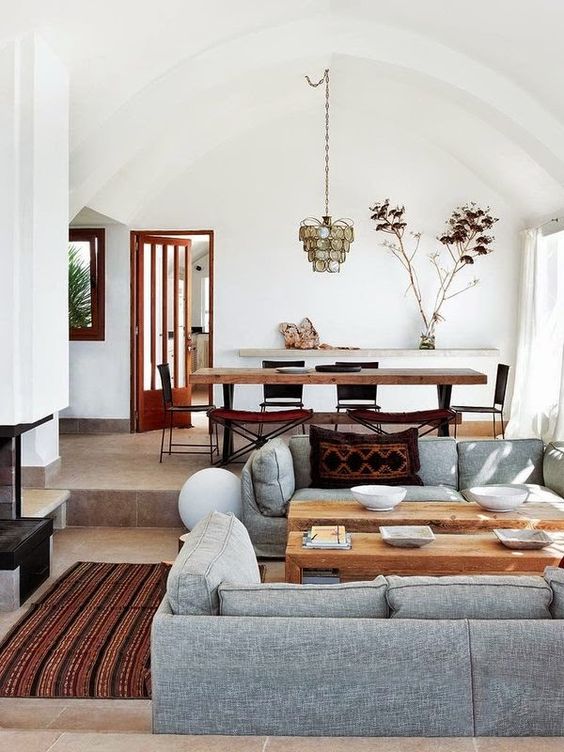 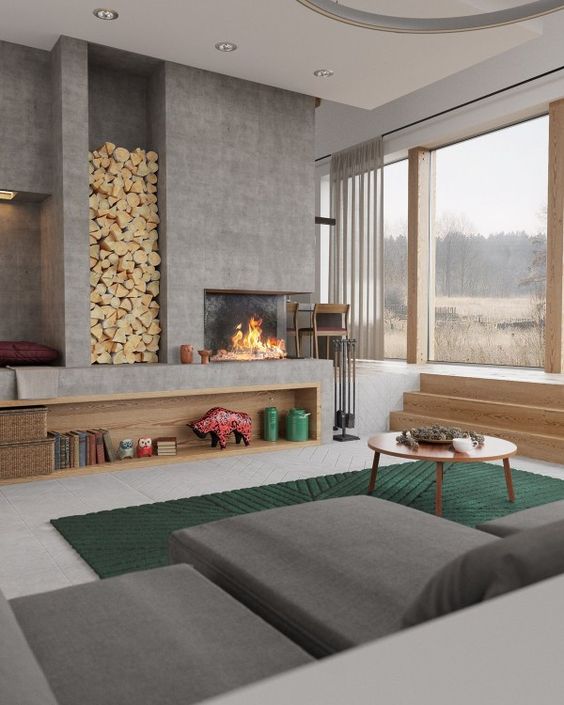 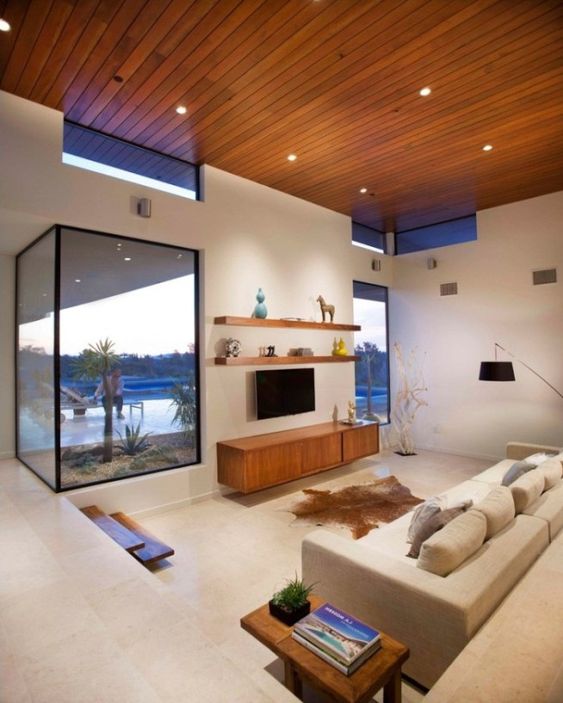 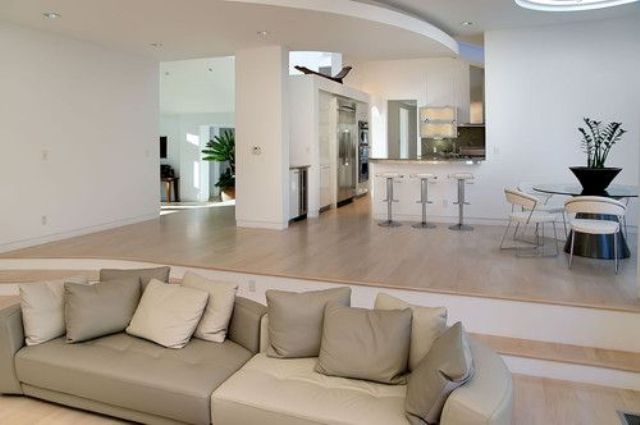 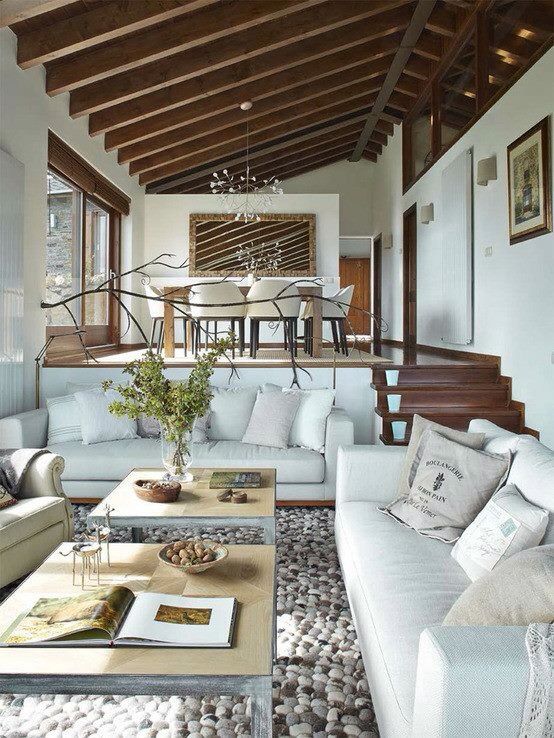 a sunken living room is a perfect space to relax and start a conversation, and the dining zone isn't far 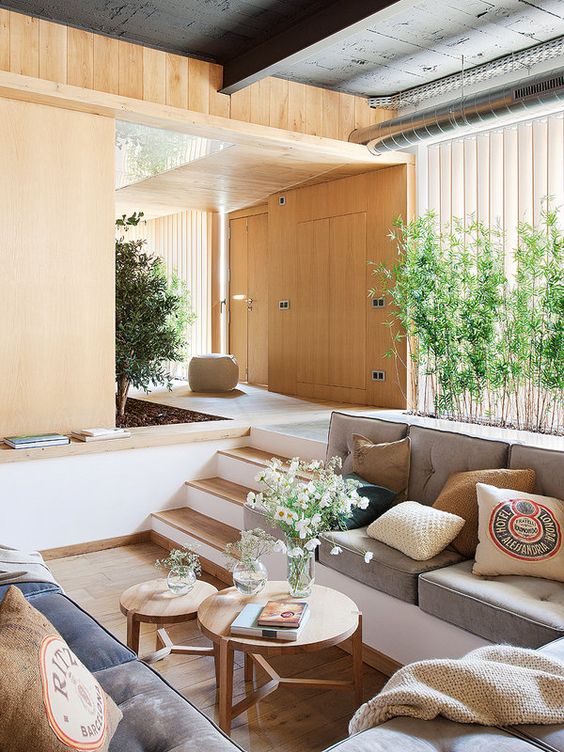 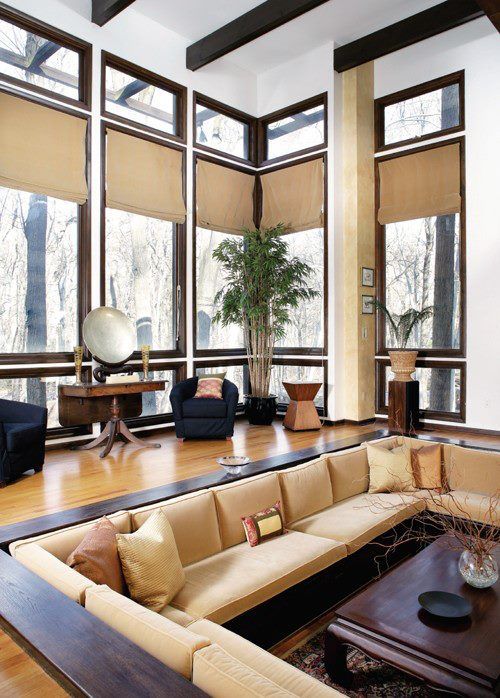 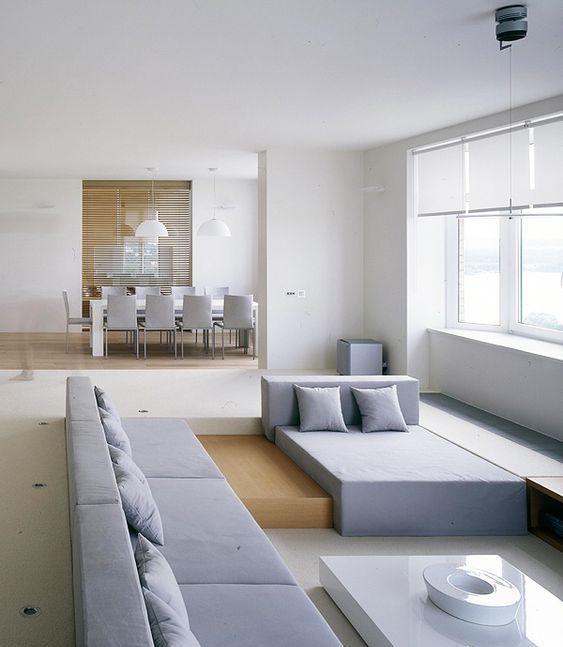 a minimalist sunken living room with geometric furniture and a view 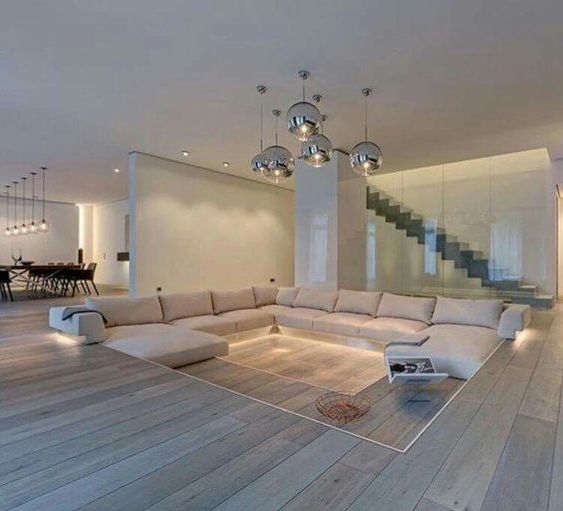 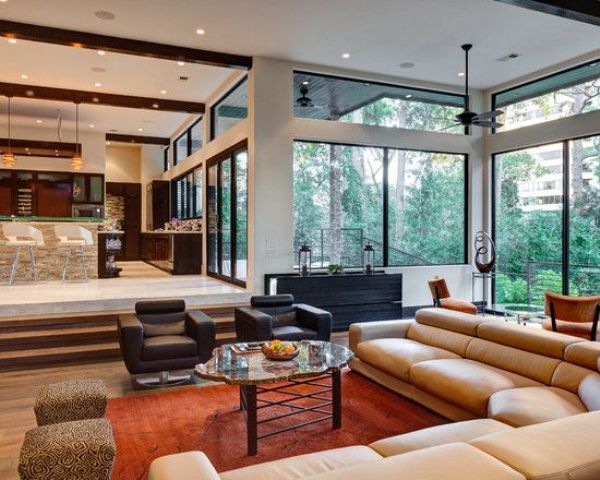 A sunken lounge or a conversation pit is an amazing space that many living rooms need! It’s sure to become your favorite nook in the house because of its incredible coziness and a feeling of comfort inside this lounge. Make a fireplace here and built the whole pit around it and the ambience will become even cooler; you may also try a different ceiling with light right above the pit to highlight it. Your guests are sure to love a sunken lounge because it’s very welcoming and they will never want to leave it. Get inspired! 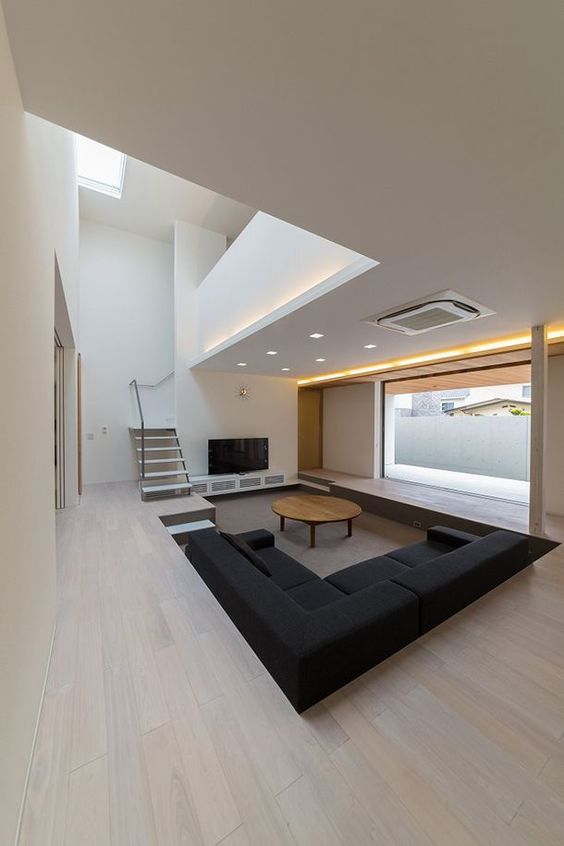 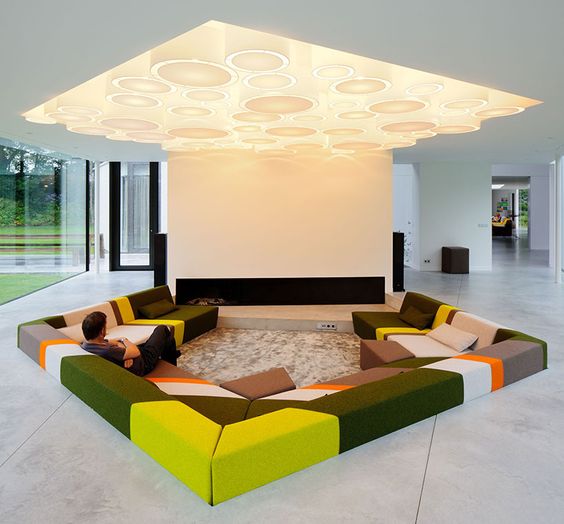 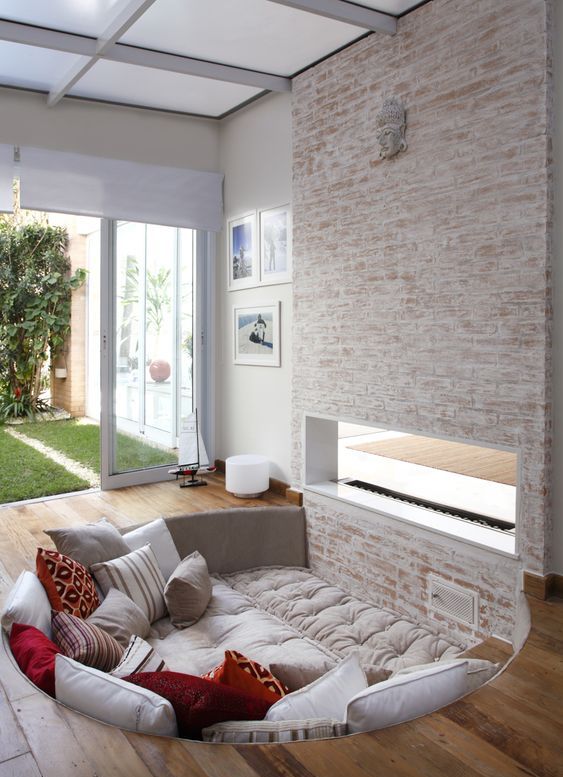 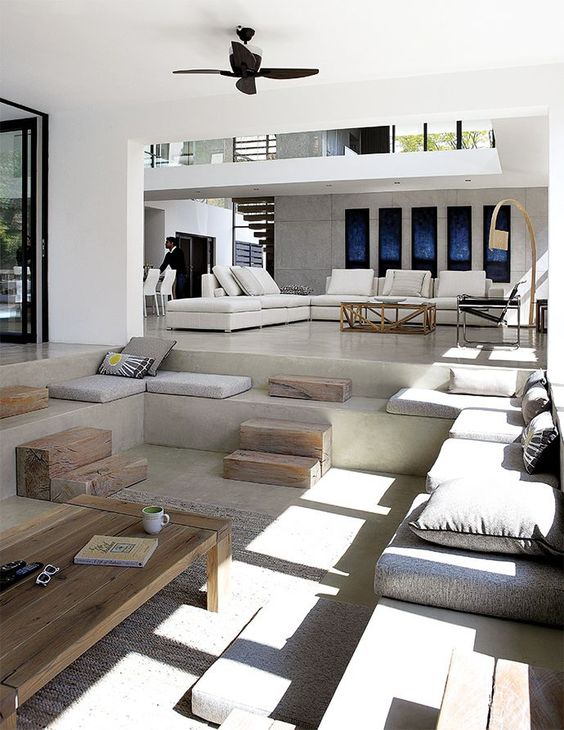 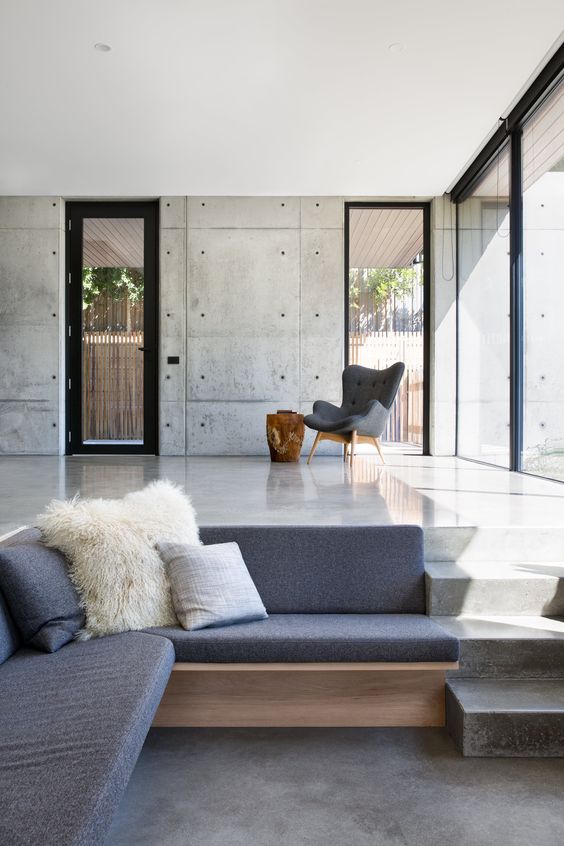 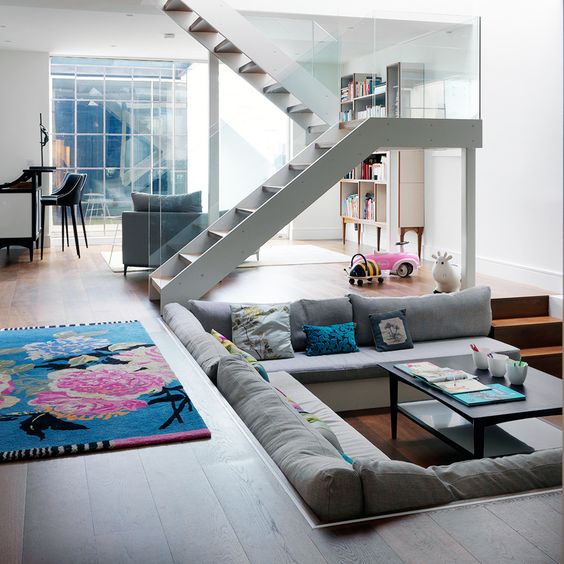 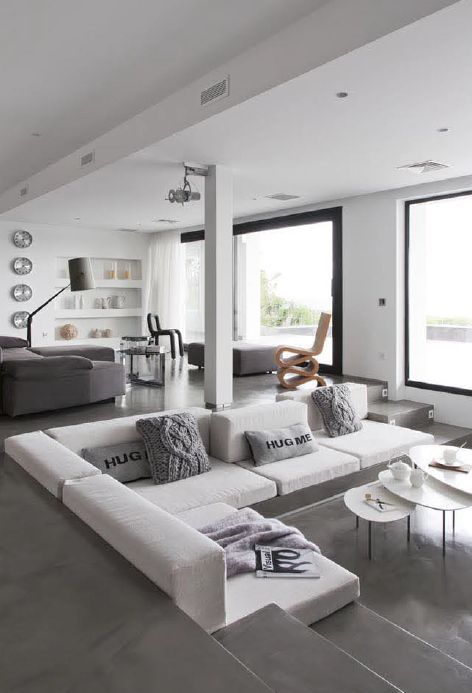