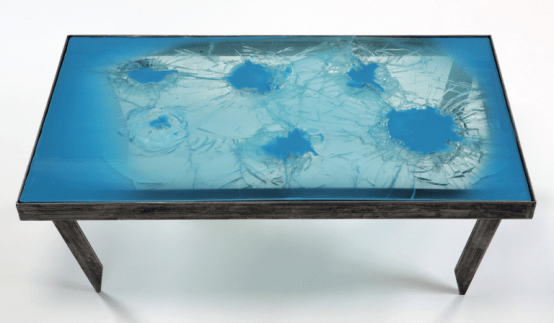 Designer Aviad Gil created this unusual Bulletproof Table for the Conflict Collection. He spent much time in Gaza Strip so he probably had some military thoughts creating this piece. How was this table made? The engineers took AK-47 and shot the bulletproof Volvo glass. After that the designer took the glass and put it on the frame applying some epoxy. They played Russian attack and look – the table holds it! The piece is available only in one color scheme but it’s almost universal. This table would look fine and trendy in any place as its design is simple and unusual at the same time. 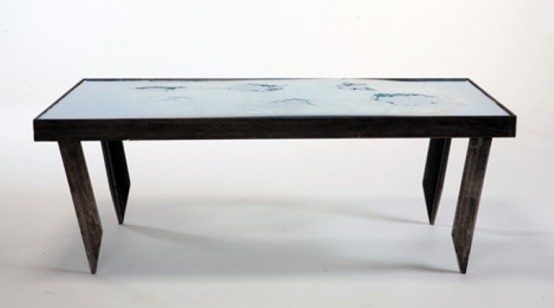