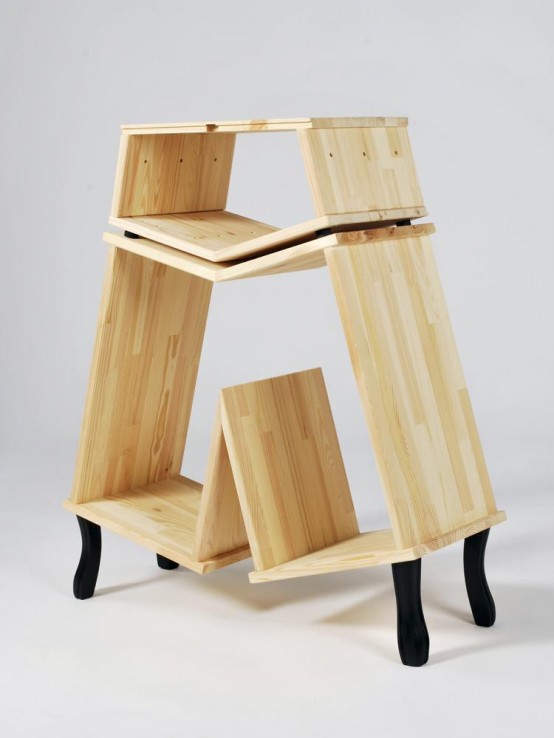 Kenyon Yeh is a young London-based designer who took standard Ikea flat-pack furniture and assembled the pieces as he wanted to create his UNIKEA bookcase and bookrack collection. The idea was to take mass-produced furniture and turn original decor pieces. The collection consists of 4 products that share similar design idea but looks completely different. They all are quite pricy so probably you might use the idea to make something similar by yourself.

KENN features three major quadrilateral shapes and a triangular niche created by the intersection of the three 4-sided parts of this piece. Two red feet support one end, while the other side rests on the angled corner of the rightmost rhomboid.

DALT is a bookrack that consists of two pieces featuring geometric shapes. The rack has two legs of contrasting green color installed on one side, while the other side is balanced with the help of a secondary structure.

BRIA is a double rhombus-like structure, which has been interconnected in a way that appears as though one of the rhombuses is being derived out of the other. It has four legs, which have been give a contrasting blue colour. Ideal for stacks of books, BRIA is a unique take on the common bookcase.

LOPA is a part of this collection, which may be used as a bookstand, features four legs which have been colored in black. The structure is a single piece and is divided into three segments that are interconnected. 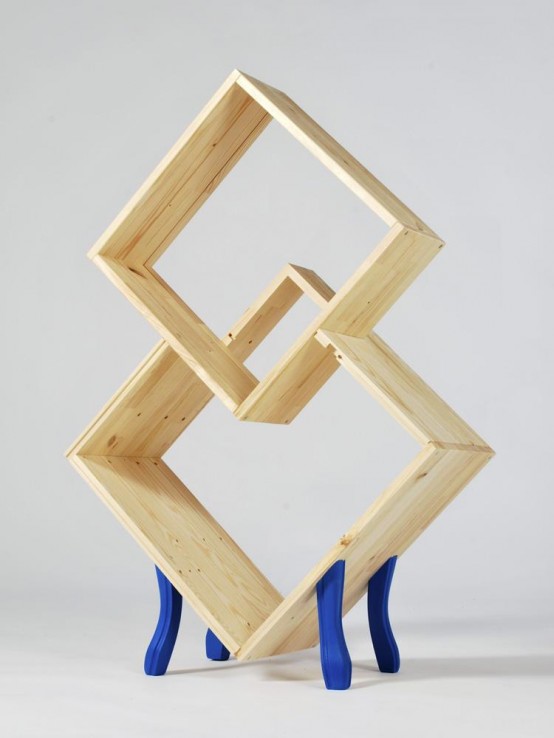 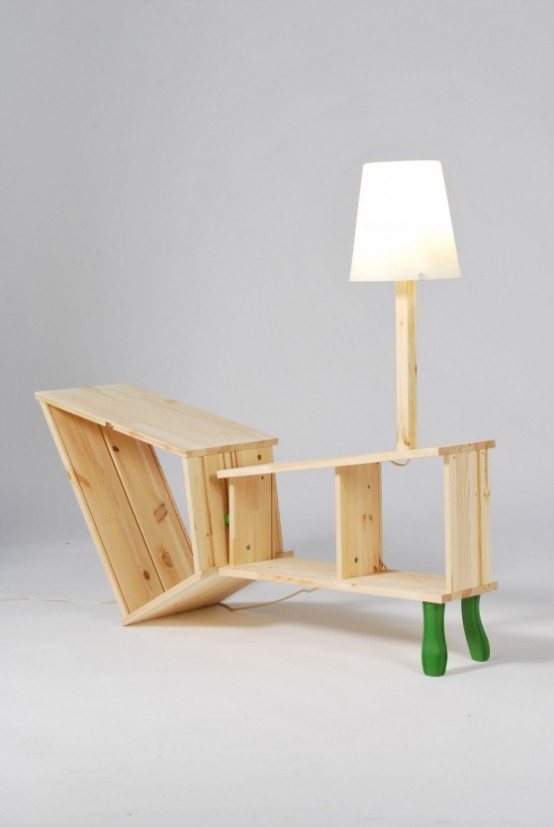 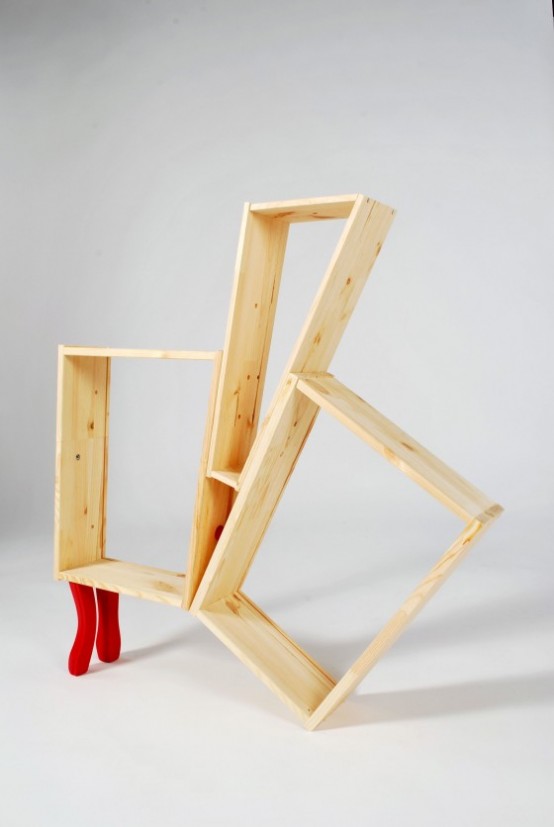