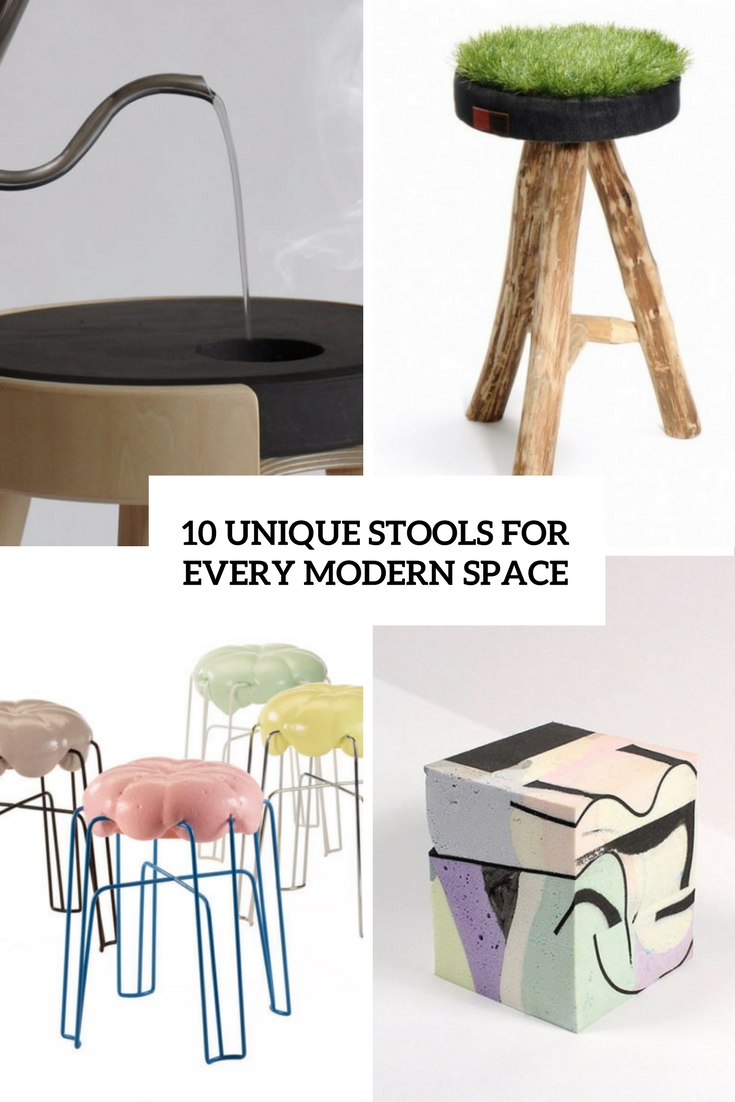 No home can do without stools – whether you place them in the kitchen, dining room, home office, nursery or living room. But who needs usual designs when we can find so many unique and chic ones to fit any interior?

Bouillon studio realized the concept of the ‘warm stool’. With a now finalized design, the furniture’s wood nearly completely surrounds the edges of the ceramic, only leaving its top surface open. Together with its matching pots, it reflects a primitive function that showcases a new application for the traditional material. Just pour hot water inside this ceramic seat and you’ll feel warmer! 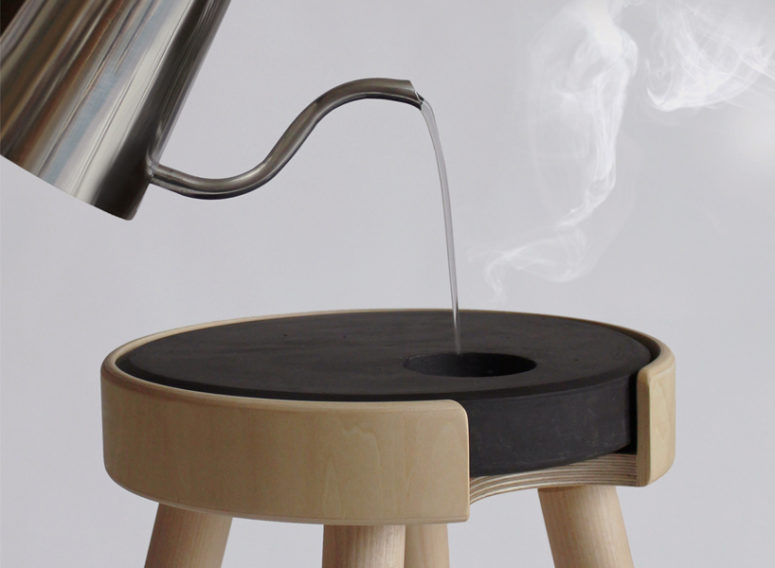 Warm Stool by Bouillon (via www.designboom.com)

Zolstera stool by designer Carolin Peitsch is 100% eco-friendly because of the unique material that it’s made of. Its seat is formed from a material you might never have heard of called eelgrass found along the beaches of the North Sea. The resulting output is lightweight, durable and has a look that’s quite natural with each unit having its own unique character. 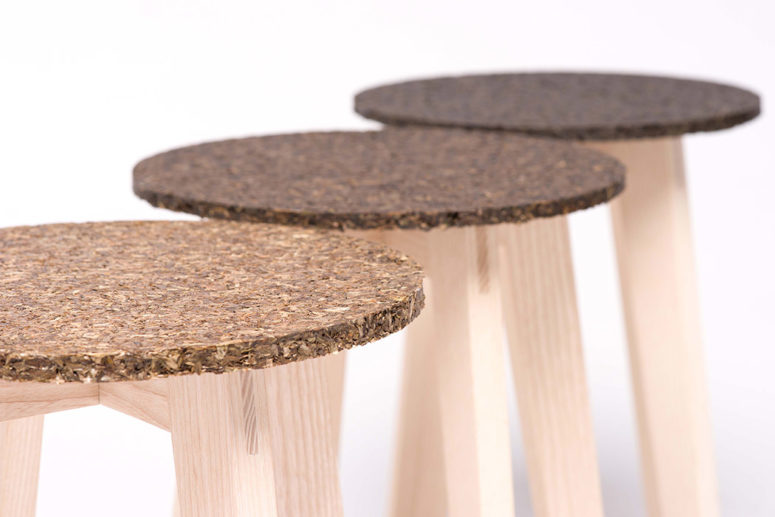 If you’ve ever longed to sit on a cloud, this marshmallow-like stool, from Istanbul-based German designer Paul Ketz, might be your best bet. Its cushy, non-toxic polyurethane foam seat is a soft perch that looks good enough to eat, leading to its name, Marshmallow. As is the nature of polyurethane foam, it expands as it wants resulting in each piece being deliciously one-of-a-kind. 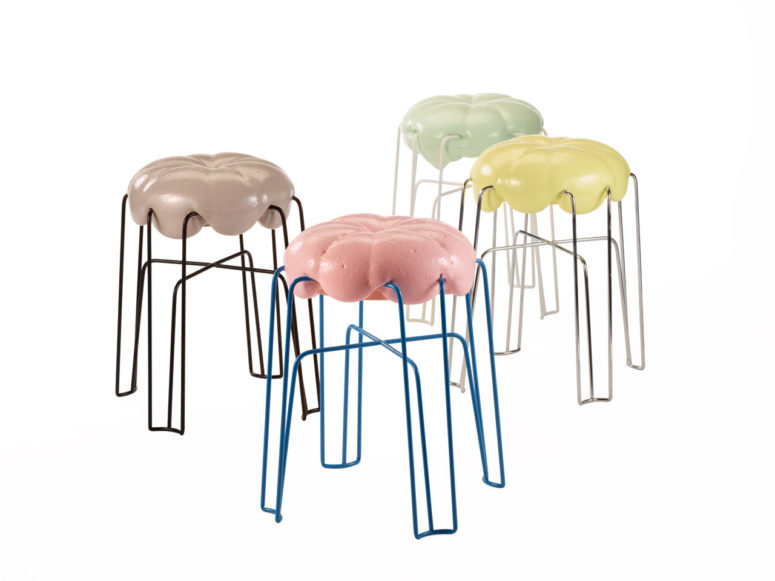 Grass is the name of new collection of Stools made by Jean-Marc Attia from Marron Rouge in France. The top of the stool is in recycled synthetic grass slightly padded with foam. The edge of the seat is in denim canvas, feet are eucalyptus wood. I think, this is a nice idea to bring a nature touches and remind yourself of spring. 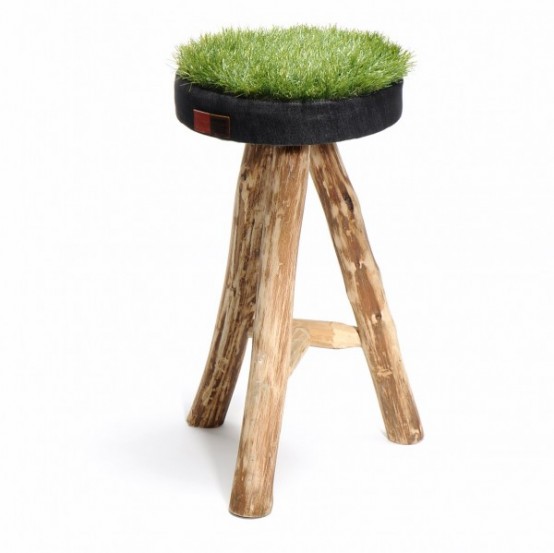 Realized by Belgian designer Alain Gilles, the Chubby stool is the first of its kind — a furniture made out of glass which conveys real warmth and could be quite comfortable, hence its generous forms and friendly curves. The glass is mouth blown and silvered according to traditional techniques of Czech Republic, while the fabric consists of upholstered foam on which the person can comfortably sit — protecting them from the body of glass. 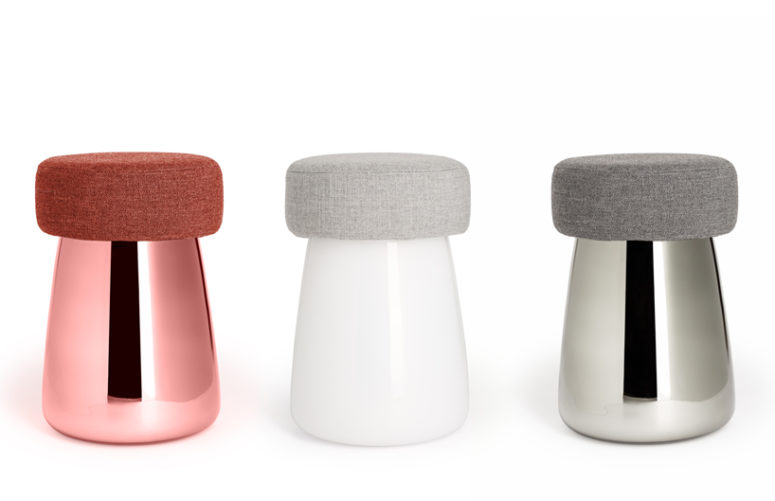 The Dokkaebi Stools are carved as cylindrical stainless steel objects, which are delicately mirror-polished. Eight different gradient colors, representing the pine tree forest in different seasons, were painted on the upper part of each cylinder. By availing the mirror effect of the inferior side reflecting the surrounding area, the designer creates the perceptual illusion that the colored tops are floating in the middle of the air. 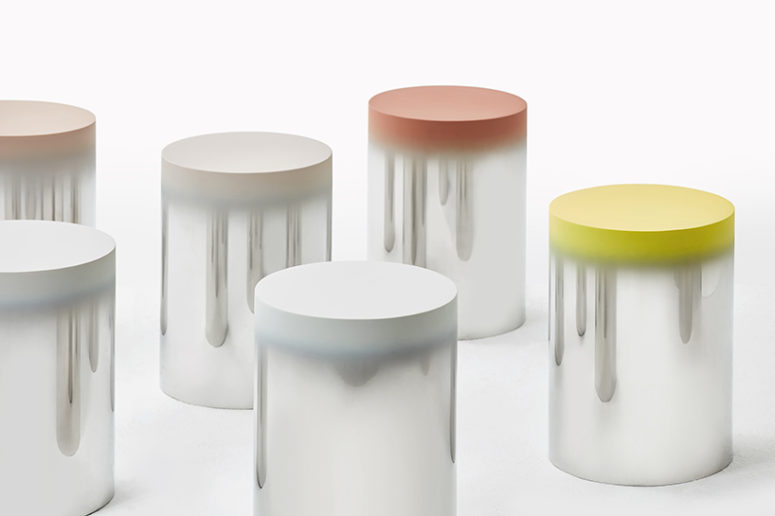 Stone Foam Stool by designer Matthijs Kok looks hard but it is unexpectedly soft as adding clay grains and pigment to liquid soft foam gives the expanded foam a raw stone texture. During expanding, the stone foam takes over the shape of the mold. The clay granules are soaked from the casting and hereafter the stone texture appears. So, don’t let the chair deceive you – it’s as soft as a baby’s backside! 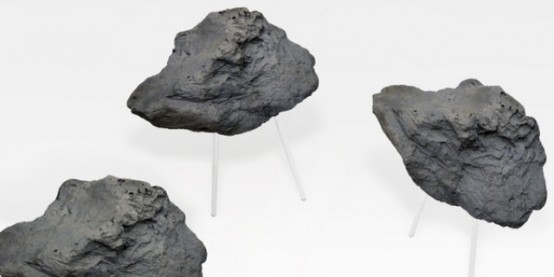 When it came to designing her latest furniture project, Ola Giertz explored the world of fonts and settled on the letter ‘T’. The shape on the letter lent itself perfectly to becoming the minimalist seating option, Mr. T, which comes together when a vertical tube intersects a horizontal one. Its silhouette may be sharp, but its edges are soft and curved, inviting anyone to sit. The ‘T’ rests upon a swivel base letting you sit in any direction. 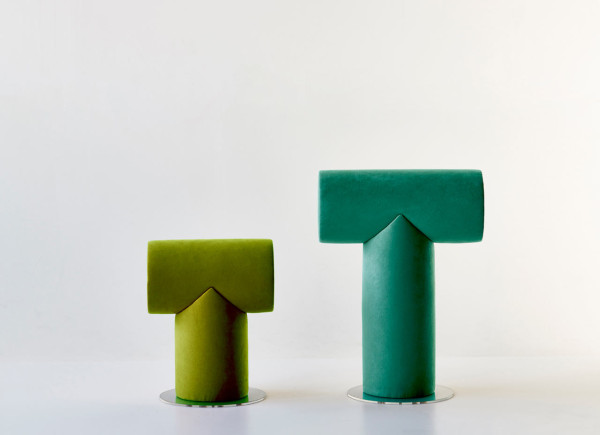 Daae Won uncovers the Serendipity Stool collection, which results from moments of randomness that occurred during molding. The product includes extruded polyurethane foam and black strips of polyethylene, ultimately creating a colorful blend — almost like an abstracted marbled texture. The rectangular shape is detached and cut out from a larger mass to reveal different sections. 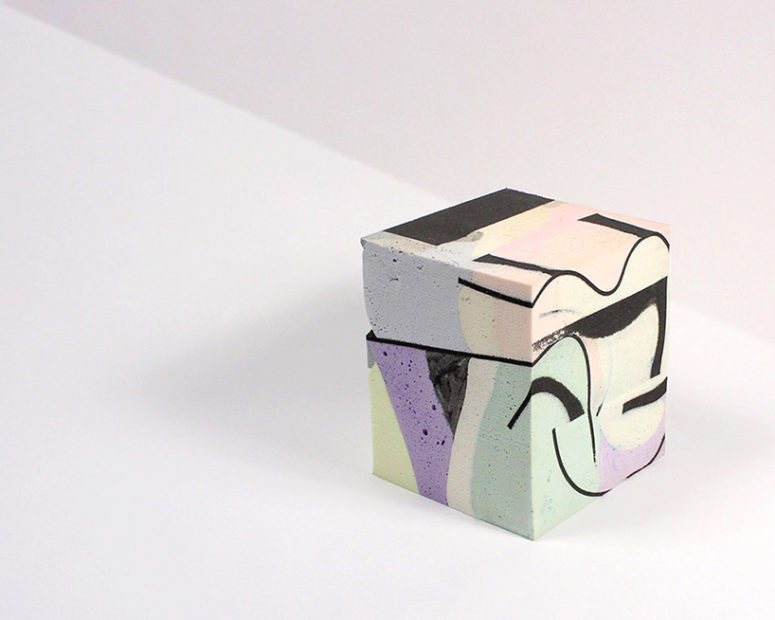 These amazing stools were created using a 75% control process, a new way of creating upholstery which involves using traditional cushion material – polyurethane foam – that is usually hidden under the fabric. The foam is poured into an open mold that allows it to freely expand within the furniture’s wooden structure. In this way, the foam locks and sticks to the structure and ‘grows’ a tactile surface that has a fabric look and feel. Such a way of producing give the pieces a very original and modern look, so cool! 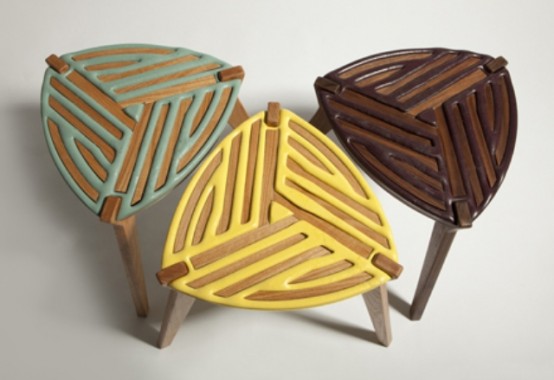