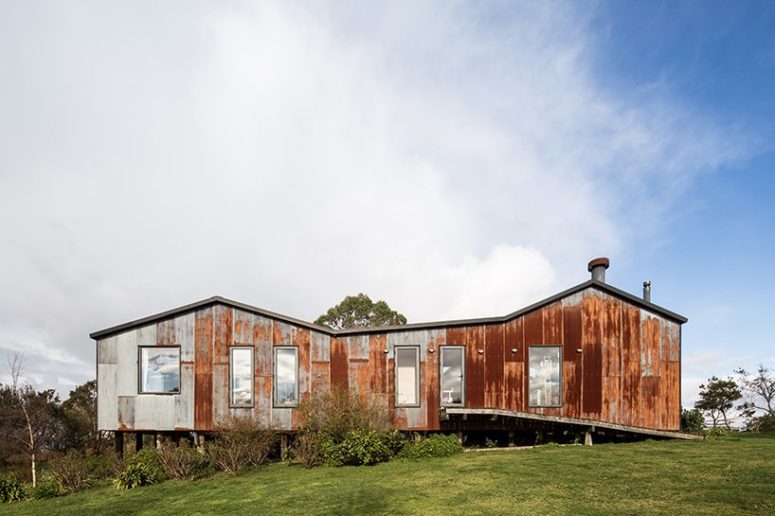 This house built by an architect for himself is inspried by local barns, it's clad with zinc that will cover with patina

Situated on Chile’s rural Chiloé island, architect Baltazar Sánchez’s house is defined by the materials and building methods of its context. Using the region’s typical barn typology, the house integrates with the area as the island which its overlooks visually delimits the sea on all its fronts. As is characteristic of the area, the house is elevated on pillars built into the ground. this technique adjusts the construction to the humidity of the ground and adjusts for variations in the topography of the terrain.

Architect Baltazar Sánchez expresses the facades of the house in a way that responds to their orientation. Those faces most exposed to rain and wind are clad with a micro corrugated zinc sheet that is oxidized to achieve a distinctive patina. The least exposed faces are, in contrast, expressed as a pine shed. The interior, together with the furniture, in entirely finished with pine, which gives the house an ‘honest’ appearance. Windows and apertures were organized with attention to the environment and the program. The skylight of the dining room, for example, reflects the constantly shifting sky, introducing a pleasant and stable light with its southern orientation.

With this house, Baltazar Sánchez curates a space which can be comfortably occupied by both an entire family as well as the lone homeowners. During the project’s design phase, the owner expressed concern for the acoustic insulation of the rooms. To resolve this concern, interior patios were organized to separate the rooms from each other and generate shared spaces. This configuration allows for the reestablishment of an existing orchard on the site. 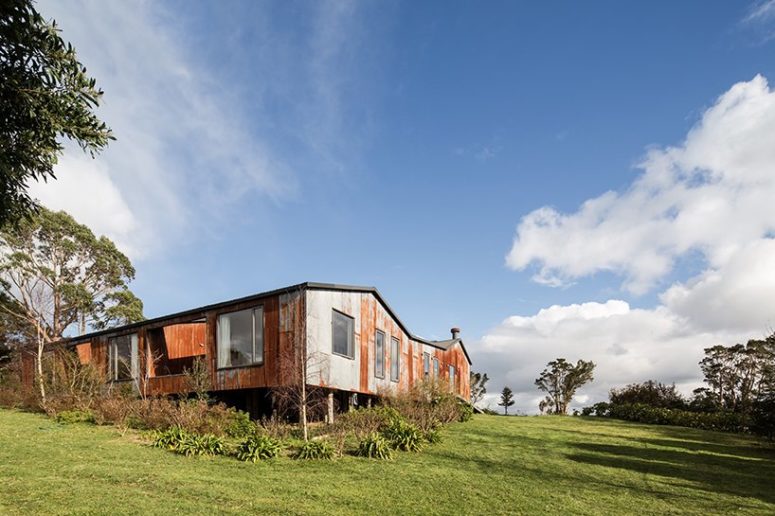 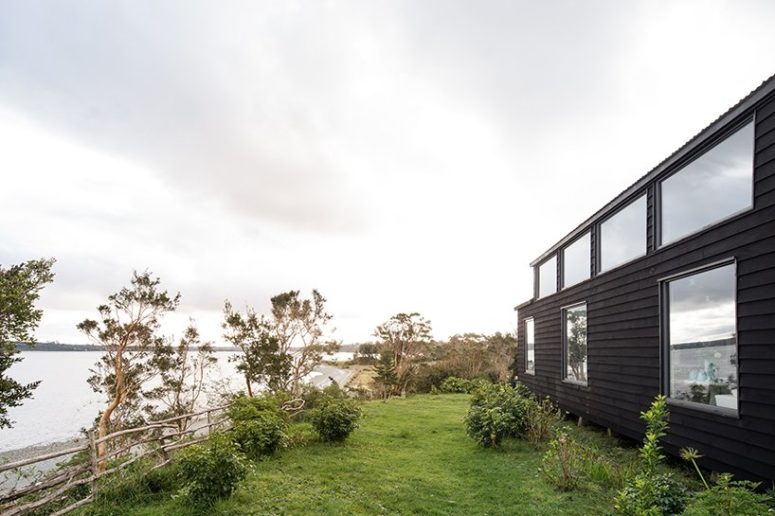 One of the facades faces the seaside, which is adorable and allows cool views 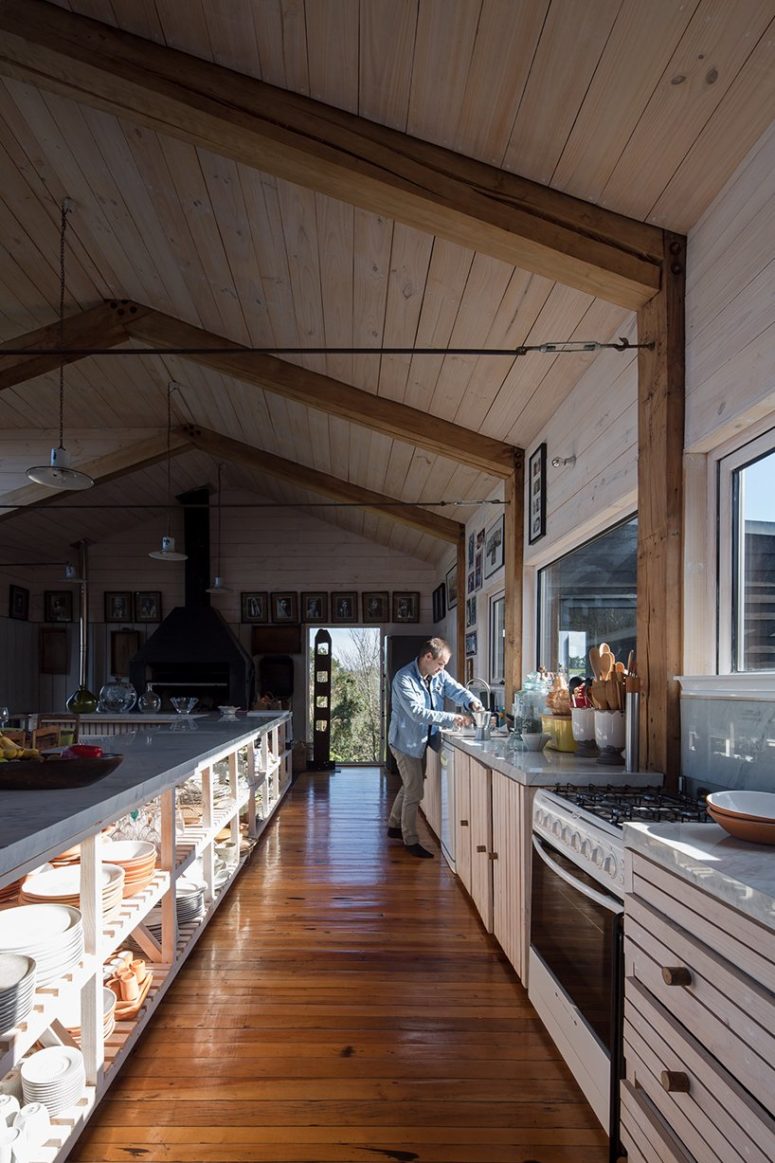 The kitchen is light-colored, clad with wood, there are lots of lower cabinets and a window for a view plus a long and large kitchen island 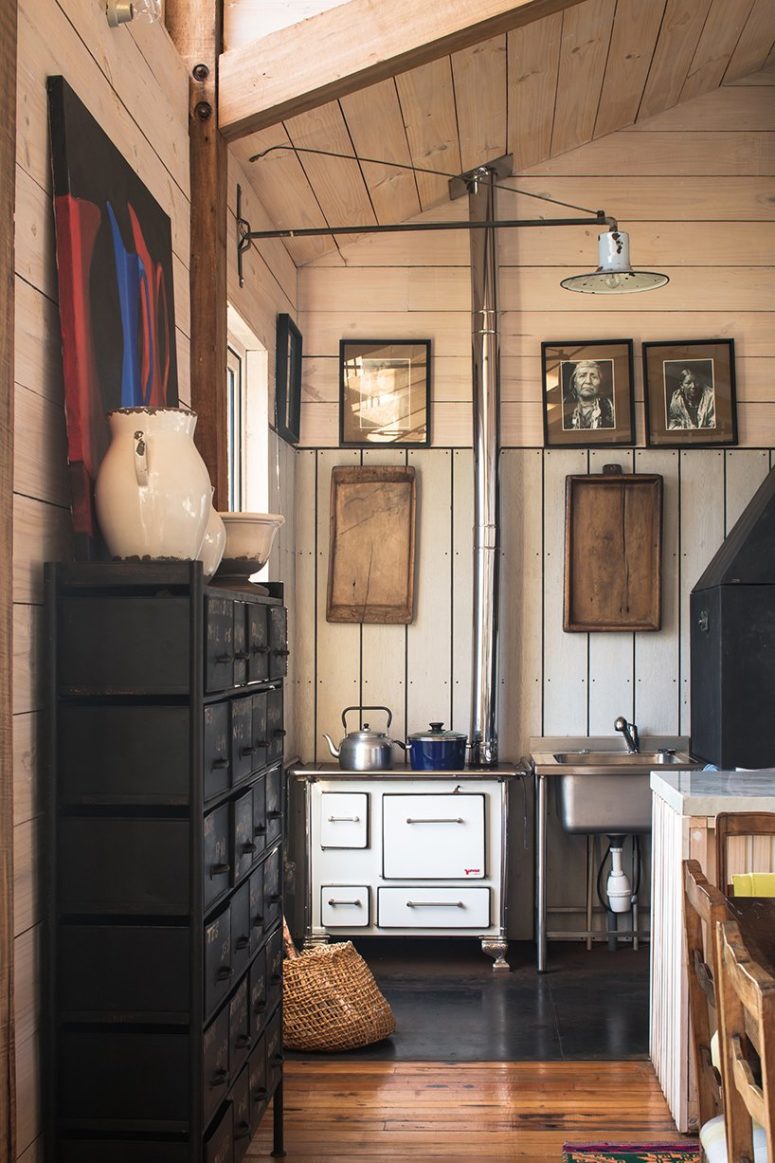 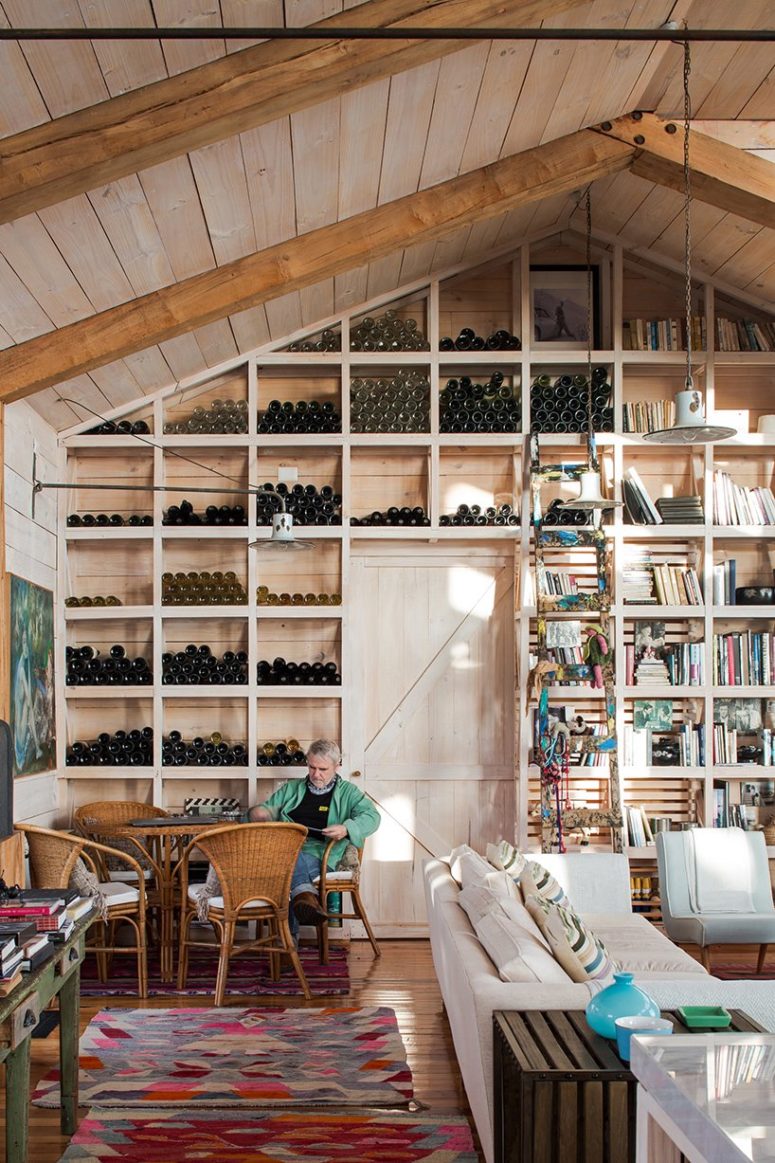 One of the walls is taken by a large wine storage unit, there's a small wine tasting nook here with wicker furniture 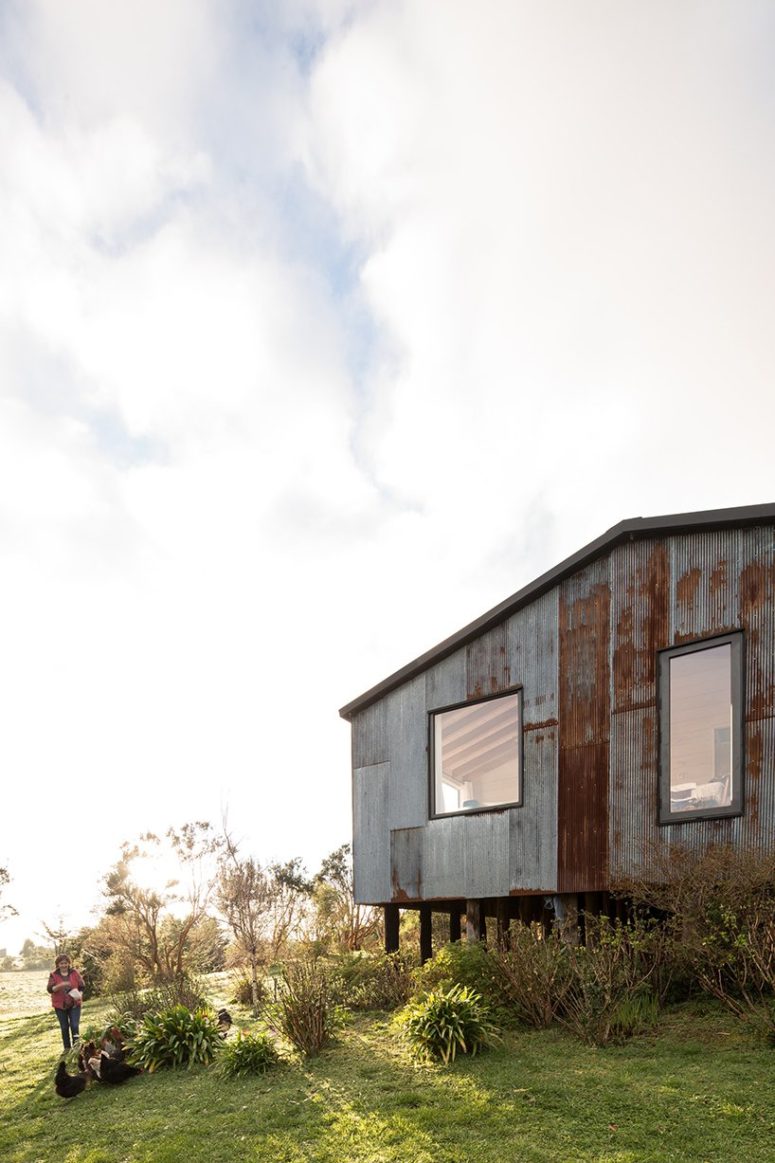 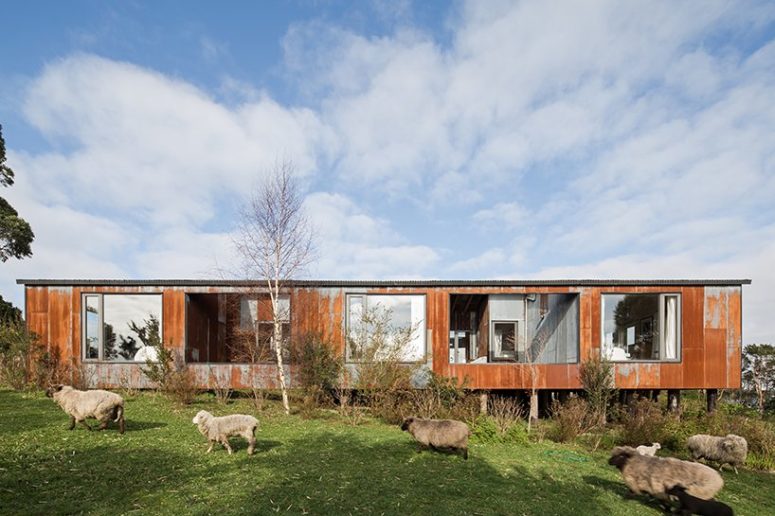 As this is a rural island, there are lots of farms around and the house features many windows to enjoy these views