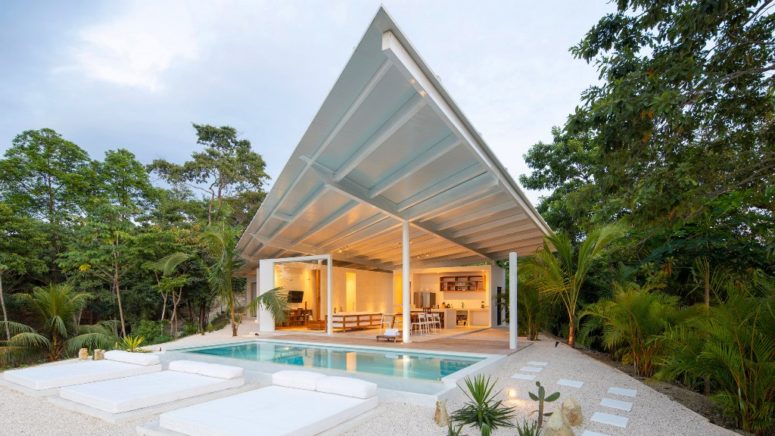 Santiago Hills Villa is built by architecture firm Studio Saxe in a remote part of Costa Rica. The 400-square-metre residence is formed by several white volumes formed by steel frames that are each oriented towards the ocean. Atop the diagonally arranged structures is an angular roof held up by steel I beams.

Every space in the home has been angled to view the ocean, and this twist creates a geometric relationship between the roofline and the spaces that became the primary element of design. The studio has fronted the volumes with large windows and added open patios and pathways around the house and between the structures to connect each of its faces with the lush greenery.

Studio Saxe has also implemented energy-conserving schemes, such as orienting the expansive overhang towards the predominant wind direction for cooling. The roof also protects the house from sun and rain and collects rainwater. Santiago Hills Villa’s remote location made construction on-site quite difficult, so the studio prefabricated the house’s steel framing off-site. At one end of the residence the main living area, occupied by a recreational room and small kitchen, opens up completely to the outdoors.

The structure’s pointed roof shields the space from harsh weather and sunlight, and a glass partition wall separates the interiors from the outdoor deck and swimming pool. Three white lounge beds face the rectangular pool, outdoor shower and wood deck that extends from the house. The pool isn’t small, it’s rather long and is comfy for swimming. Each bedroom is housed inside an individual volume fronted with sliding glass doors and blue curtains. Similar to the living room, the space is furnished with wood pieces, including a bed frame, vanity and sliding doors for accessing the adjoined bathrooms and paths that run between each of the bedroom volumes. 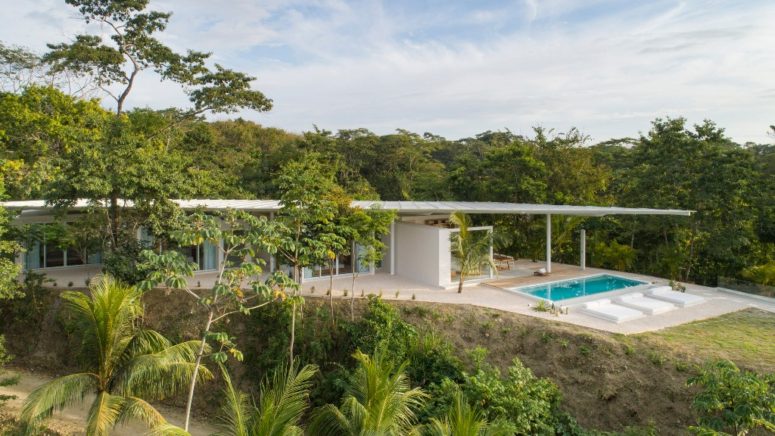 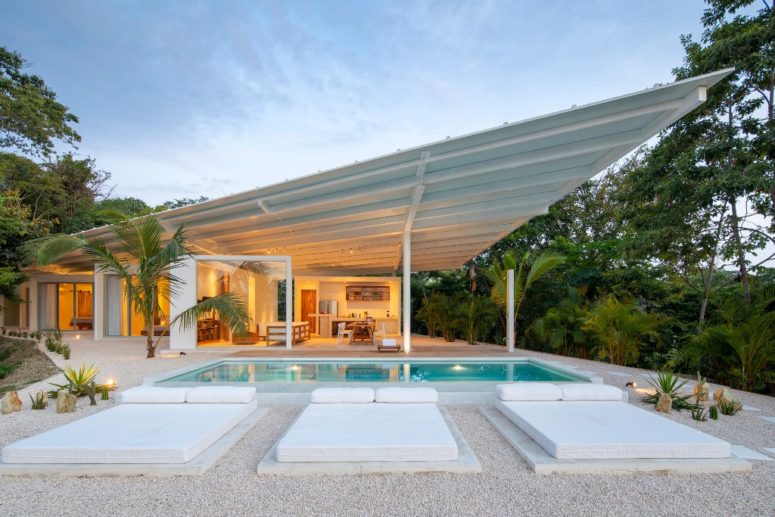 The indoor spaces are opened to outdoors, there's a poll and several outdoor beds 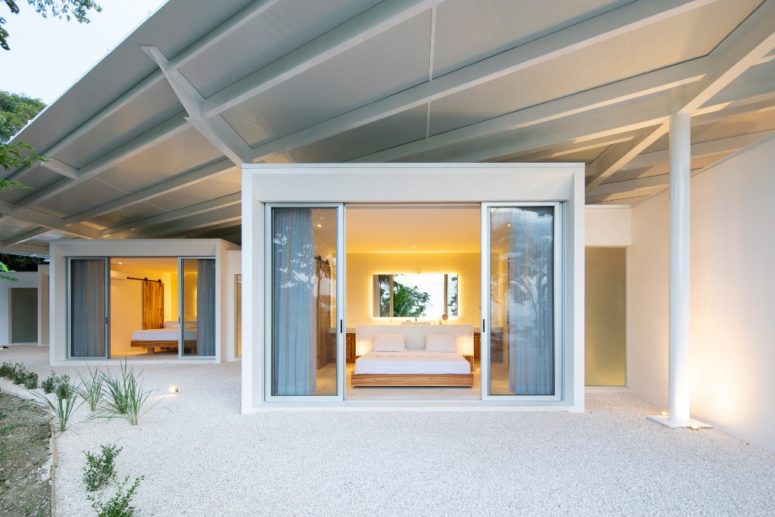 Each bedroom is opened to outdoors with sliding doors 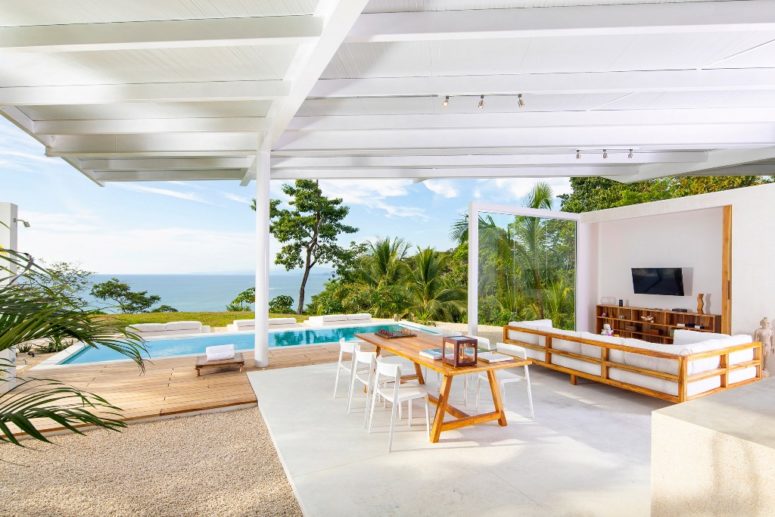 The living room is done with chic and comfortable furniture, there's a dining space with a wooden table 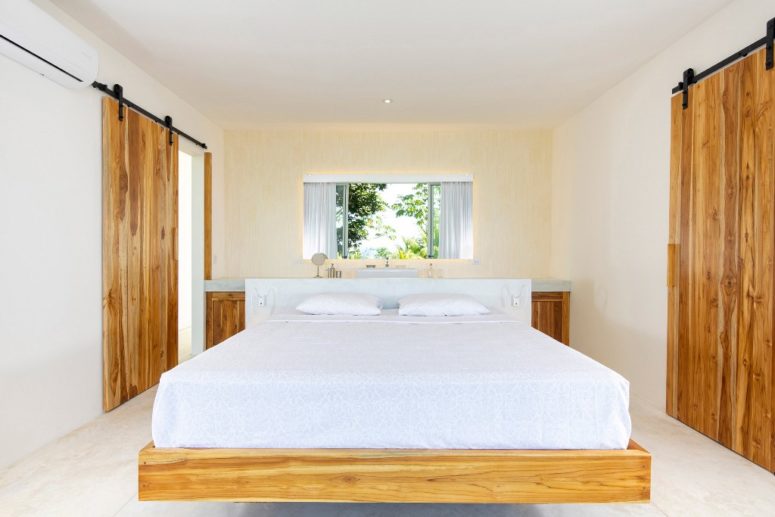 The bedroom are decotated all-neutral, with a floating bed and a vanity table