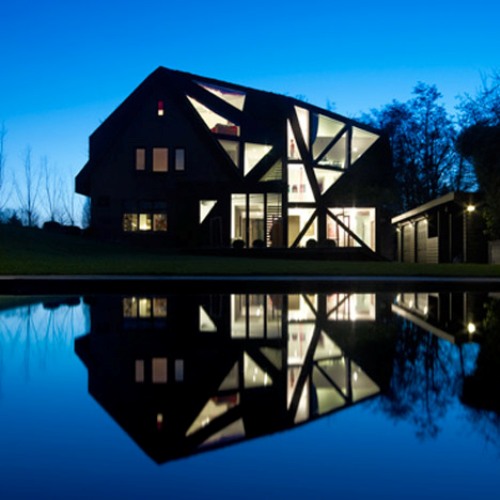 Geometry of form is one of the best ways to make the building unusual and attractive. Many architects, for example Antonio Gaudi, a famous Spanish architect, used it. Architects Eva Pfannes and Sylvain Hartenberg from the studio Ooze went further and changed the existing house with the help of geometry. They kind of wrapped the old building with a new skin. Kitchen, new bedrooms and other extra rooms were put between the old villa and its new façade. This house is called The Villa Rotterdam. In the interior the designers reflected the same idea – connection between the old and the new. That’s why you can see some furniture in the antique style in the modern interiors. I think the exterior of the house is really fascinating, isn’t it? 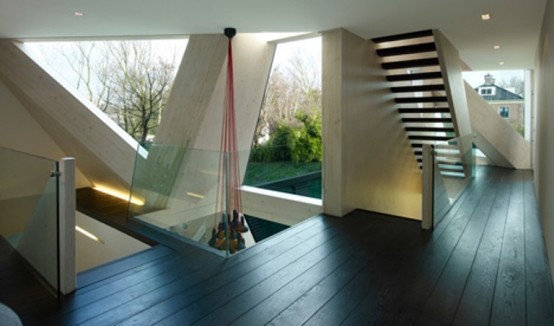 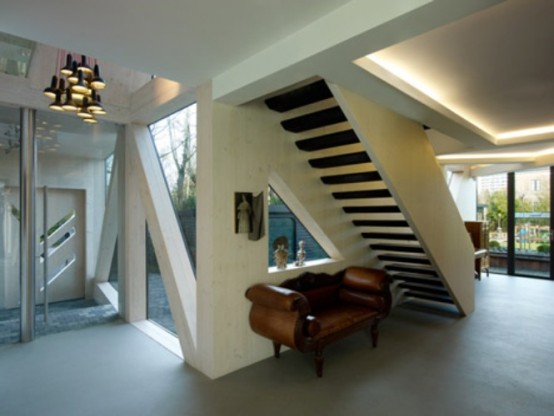 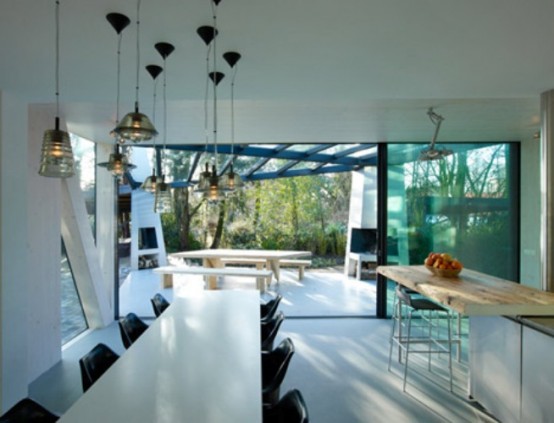 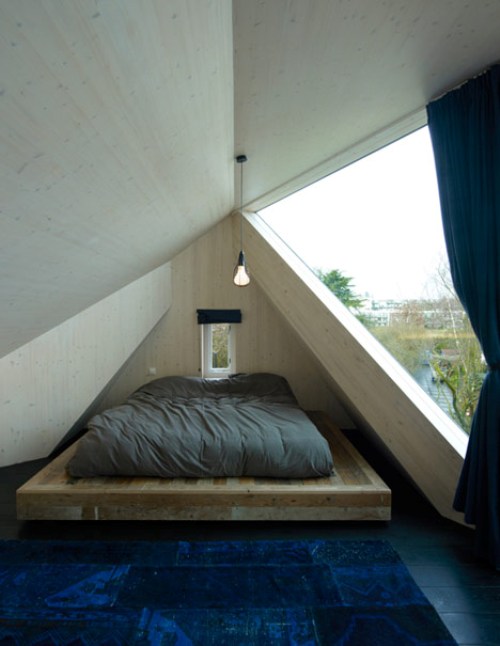