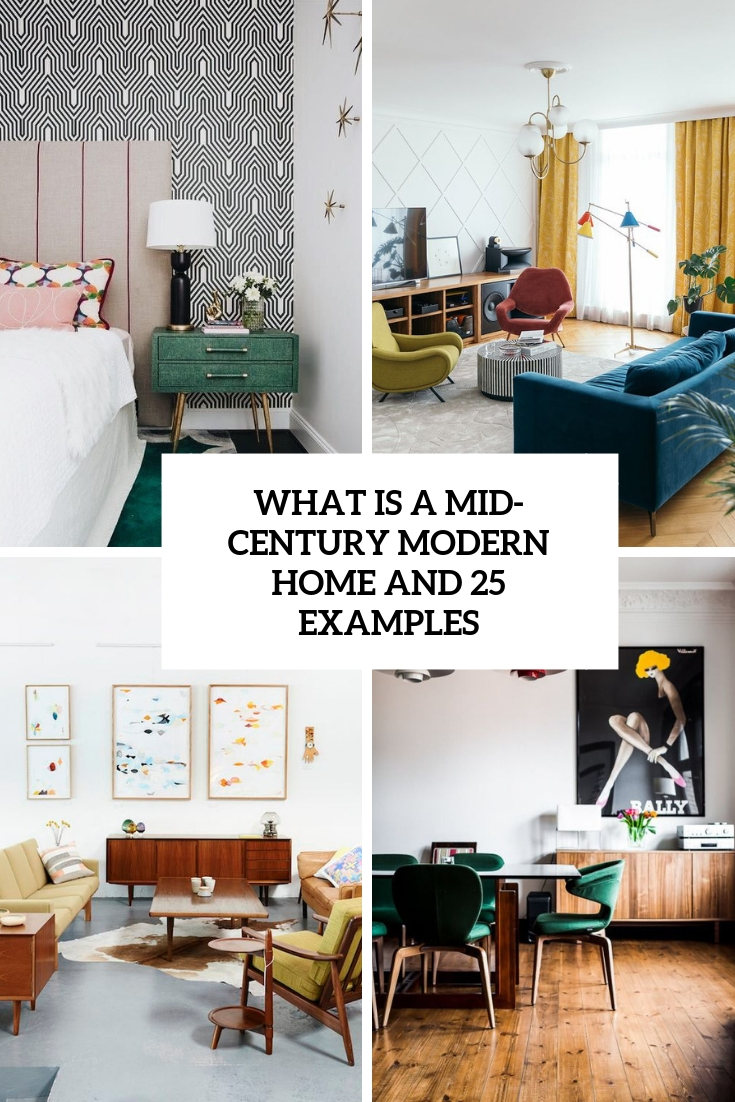 With its clean lines and eminently cool vibe, mid-century modern decor has been popular for about the last decade. The comfortable and stylish designs fit with today’s more casual lifestyle and open floor plans.

What’s mid-century modern style? It’s really a reference to developments from the middle of the 20th century – mainly after World War II – in architecture, furniture, materials and technologies that become popular after the end of the war. Most sources generally accept that the heyday was roughly 1945-1969. Mid-century modern has many of its roots in Germany’s Bauhaus style. Thanks to the migration from Europe after World War II, designers brought this type of interior décor o the United States, where it became extremely popular and still is.

The style is still popular today as it’s a perfect fit for today’s contemporary, modern and eclectic home décor styles. A connection to Scandinavian minimalism and the incorporation of natural materials is a core feature that fuels its following. 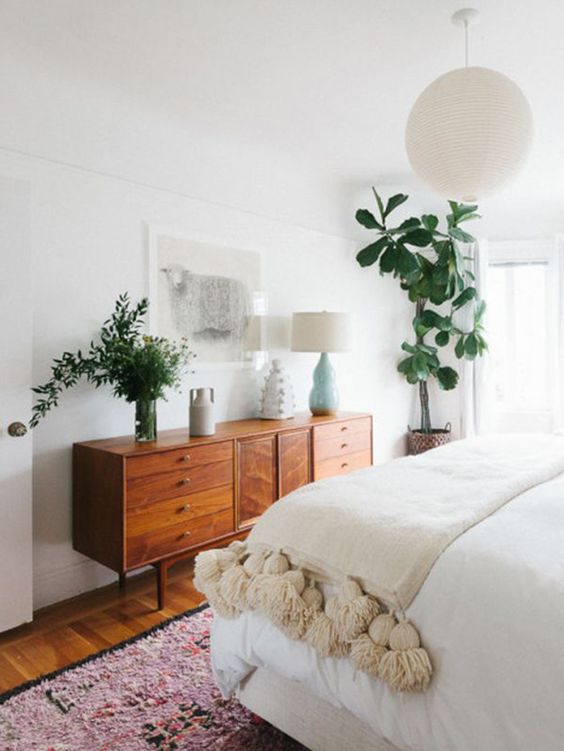 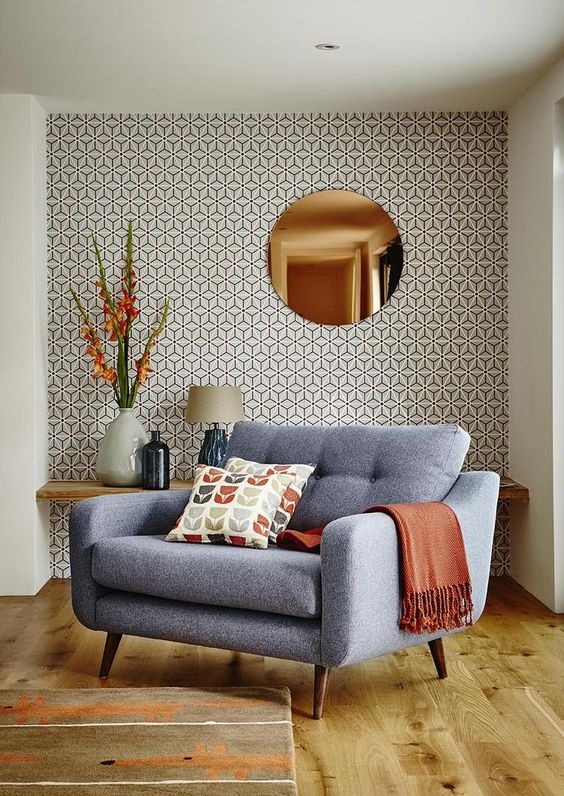 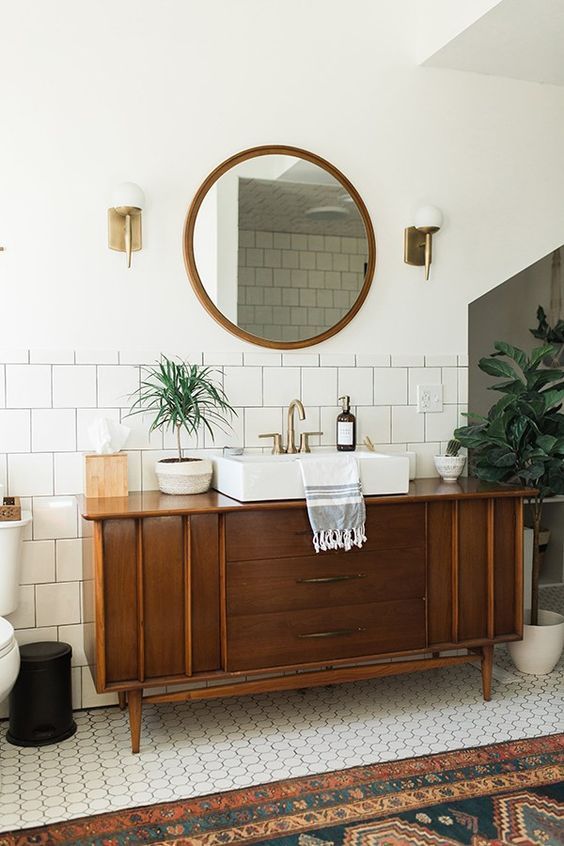 a mid-century modern bathroom with subway tiles, a wooden vanity and much potted greenery 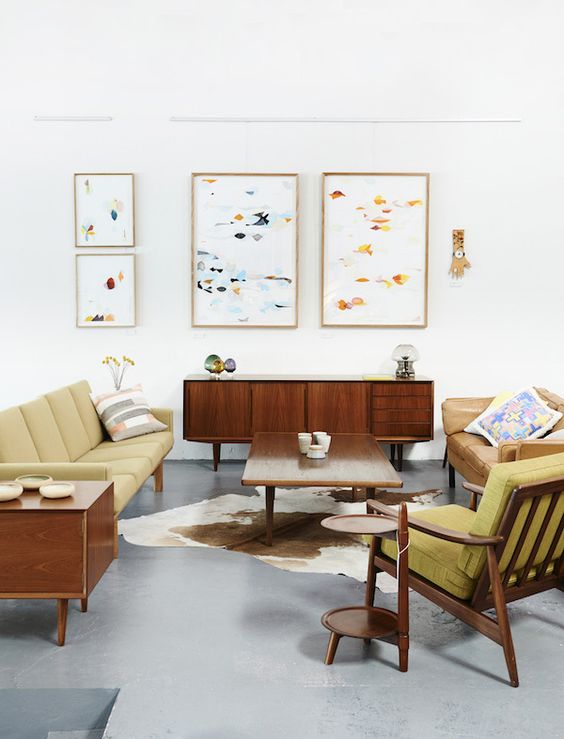 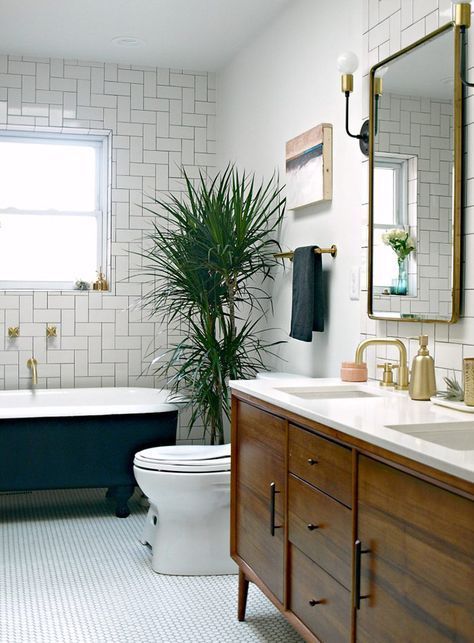 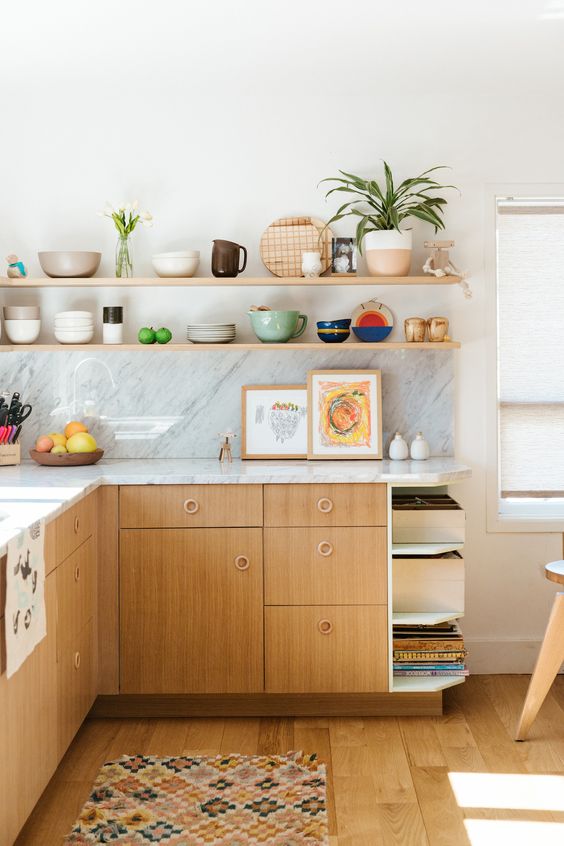 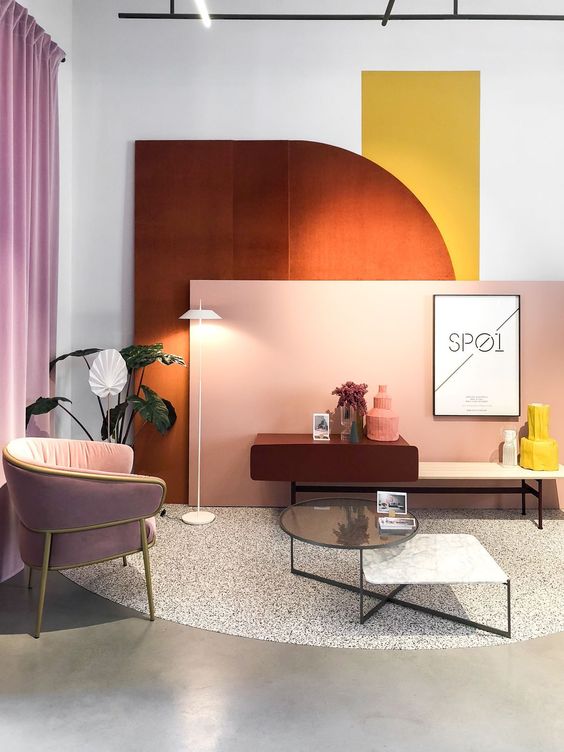 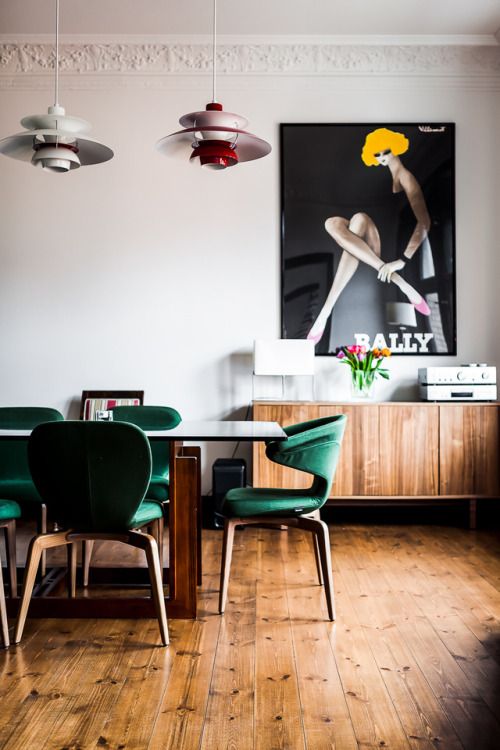 The understated and versatile look of mid-century modern comes from its clean lines, curves, smooth surfaces. It is more about geometric minimalism, and excessive decor is not to be found in mid-century modern design. The design philosophy is about focusing on the basic elements and the function of the piece. 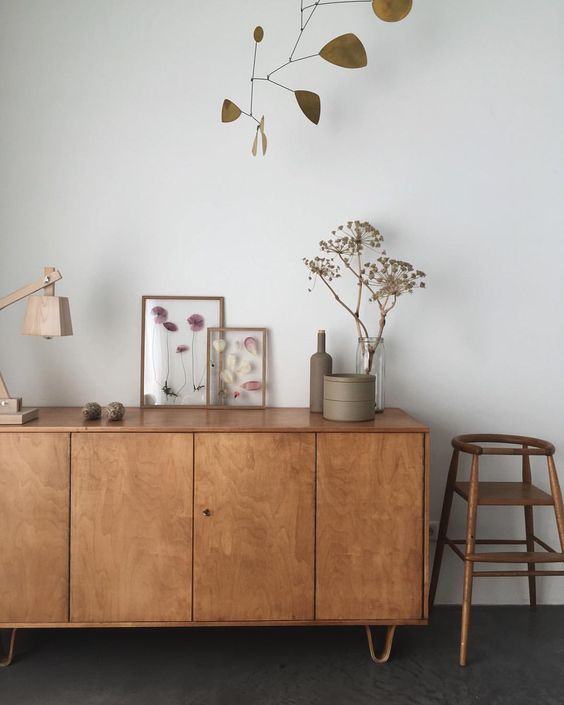 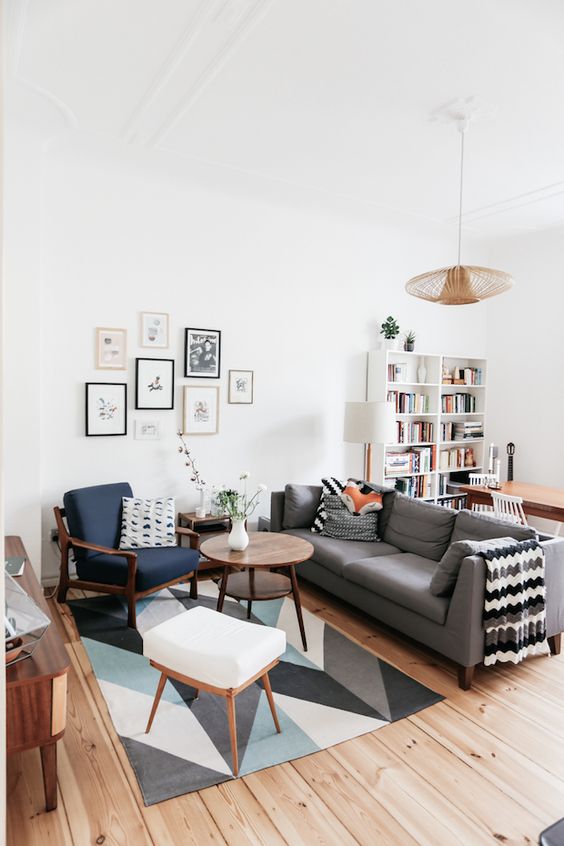 Plywood, plastic, metal, glass, vinyl, plexiglass and Lucite all made their appearance in furnishings of this era. Wood details are still a unifying element throughout mid-century modern design, which springs from the Scandinavian influence. Finished and unfinished wood is used for décor details like doors, knobs, ceilings and storage. 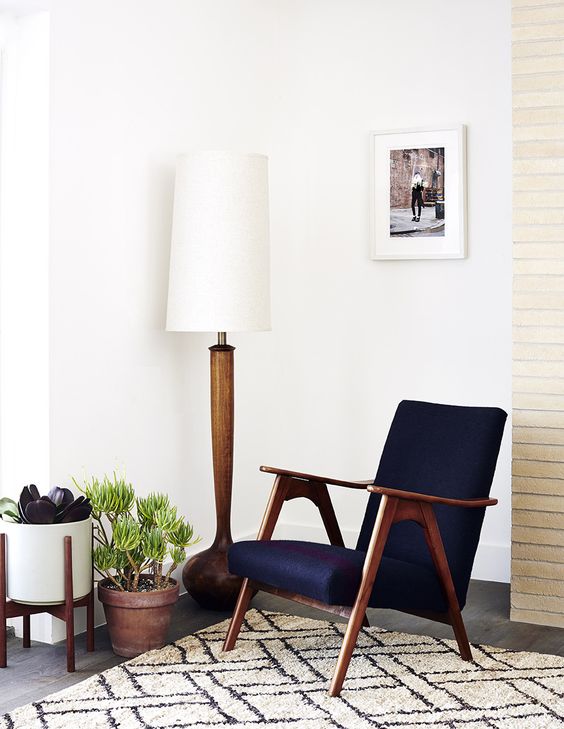 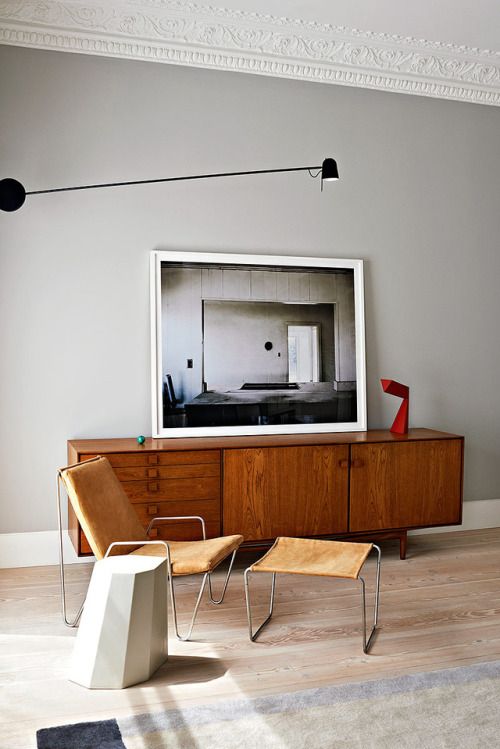 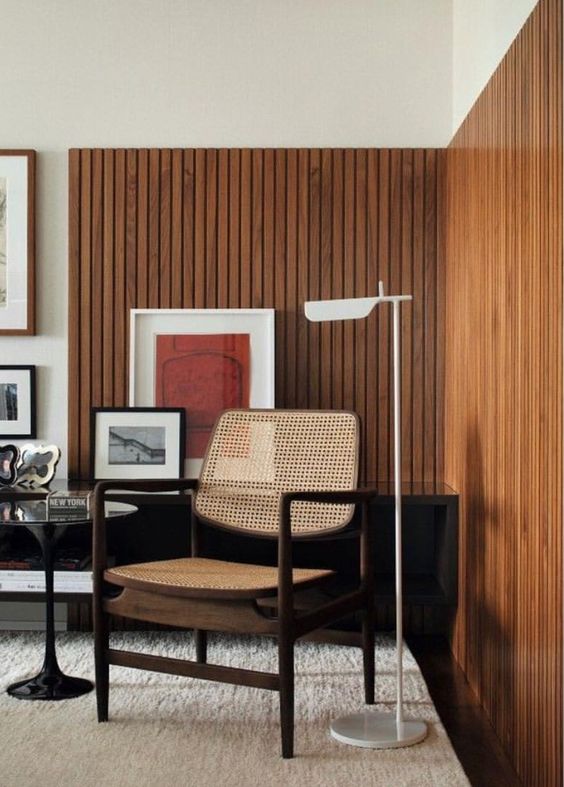 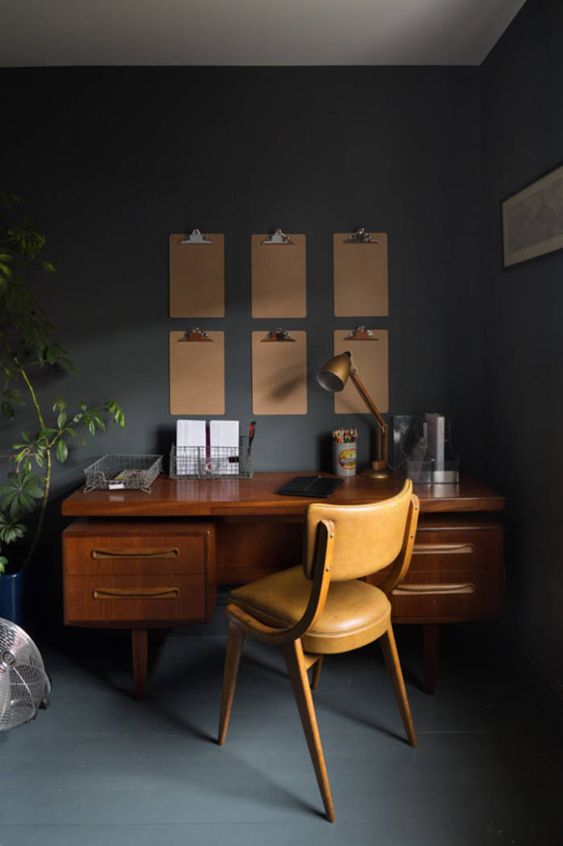 a wooden desk, a leather chair and metal touches are great for decorating a mid-century modern space

Clean lines and simple shapes leave plenty of room for color in mid-century modern design known for its bold pops of color. Don’t be afraid to rock various bold shades here and there incorporating upholstery, wallpaper, bright floors, rugs and other stuff. 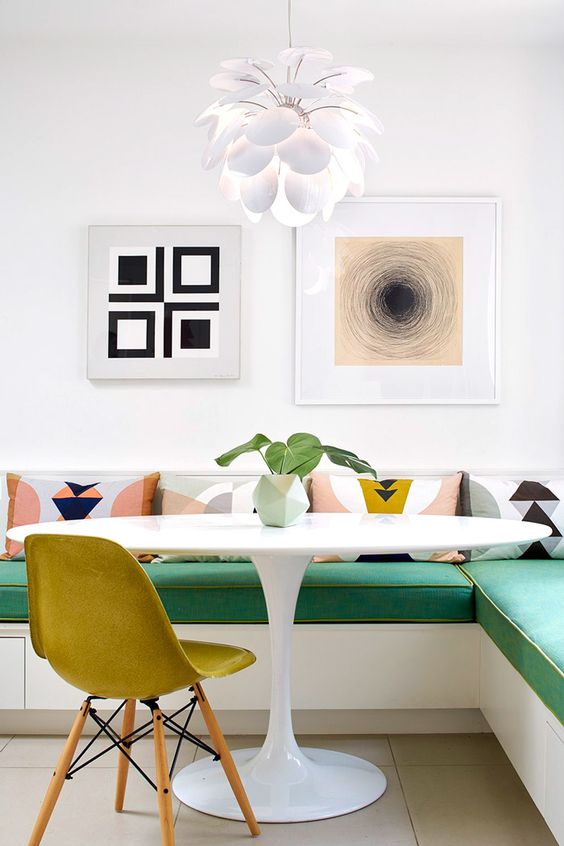 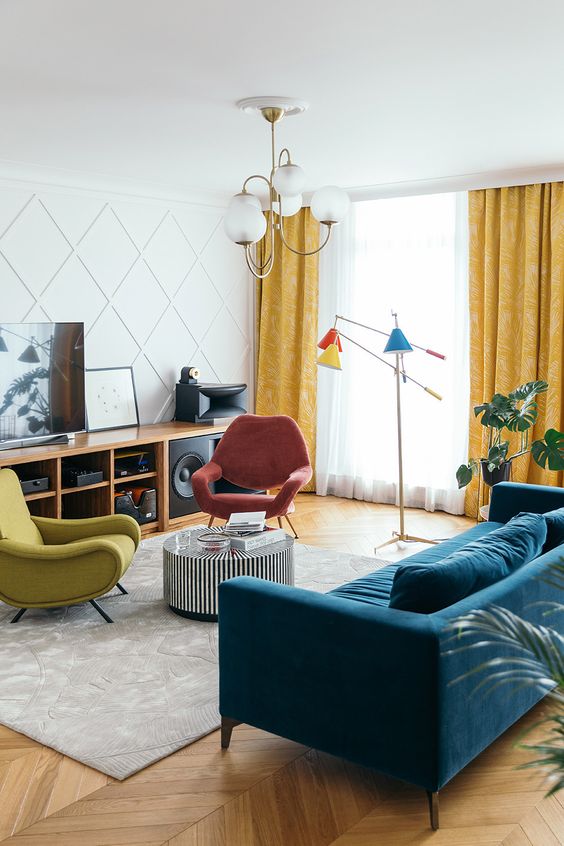 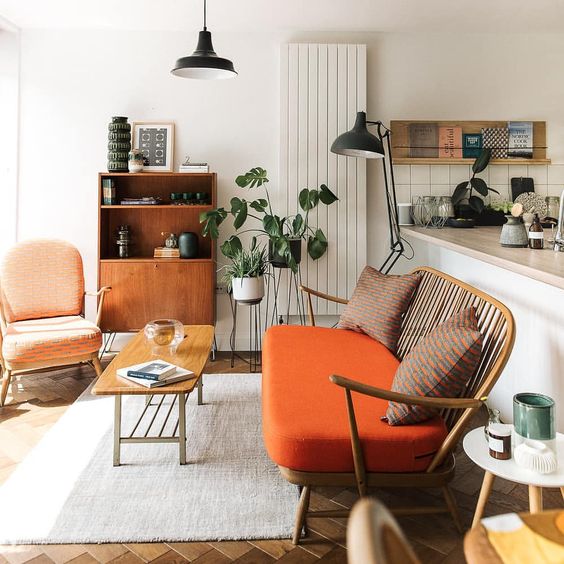 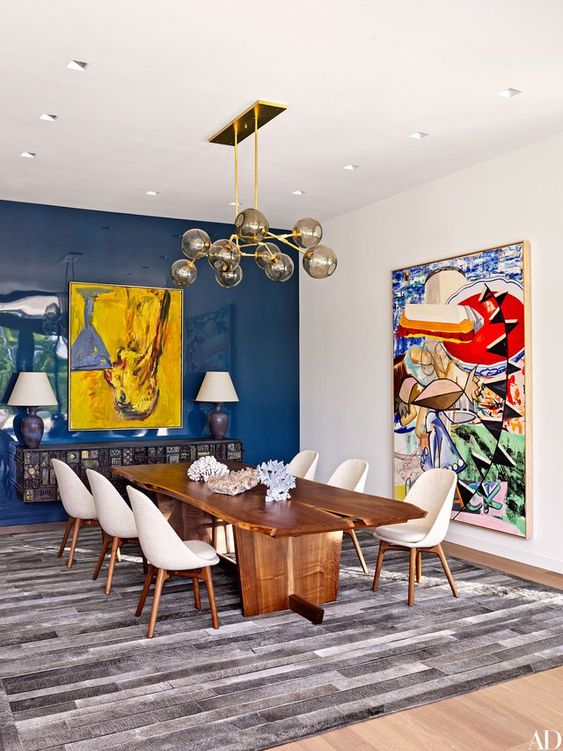 Textures are also important in mid-century modern design, as in any space that is modern and full of clean lines and minimalist shapes. Elements like shag rugs, rough stone fireplaces, smooth glass table, sleek ceramics, and textured upholstery come together for a more interesting room. Don’t forget abstract painting and pillows for polishing the look. 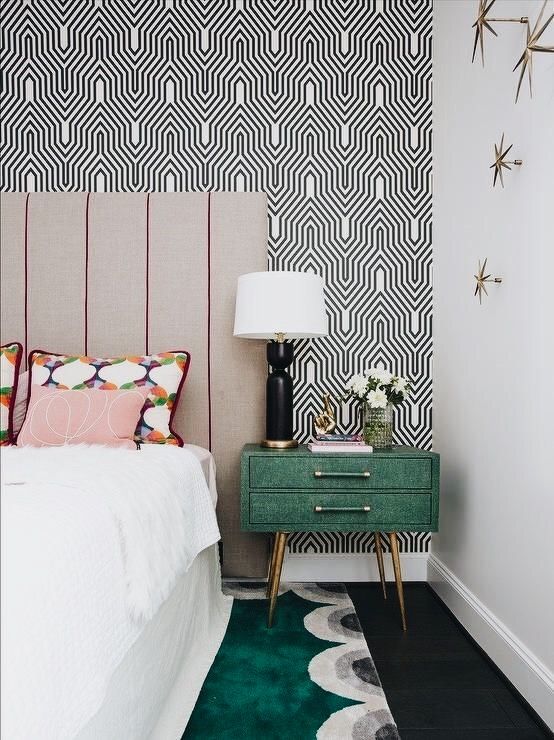 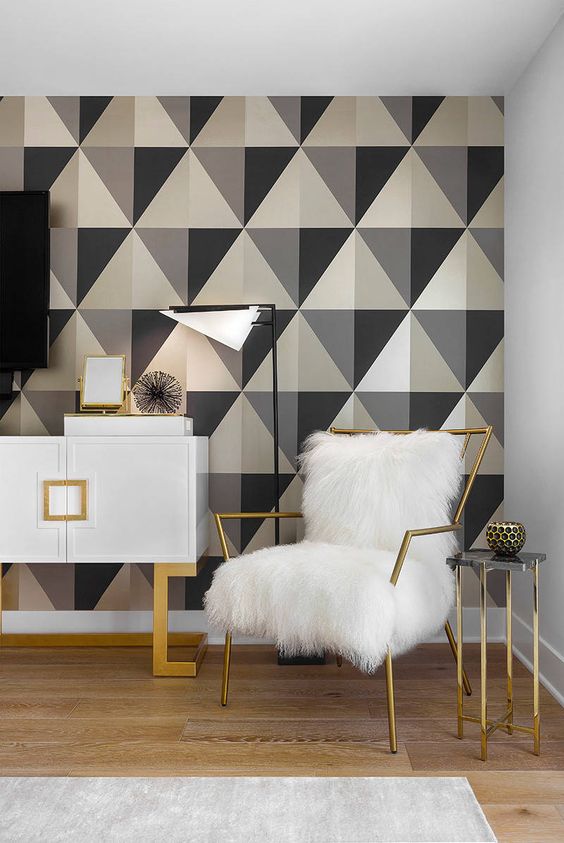 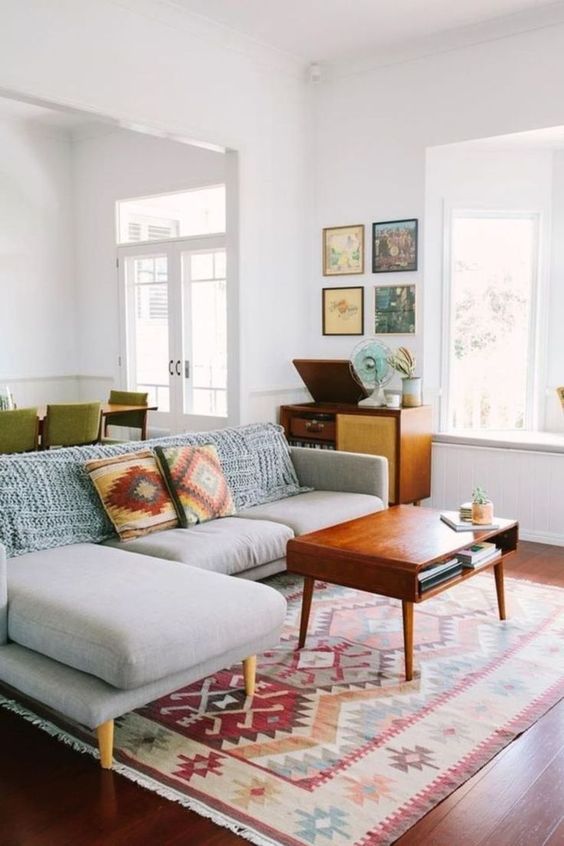 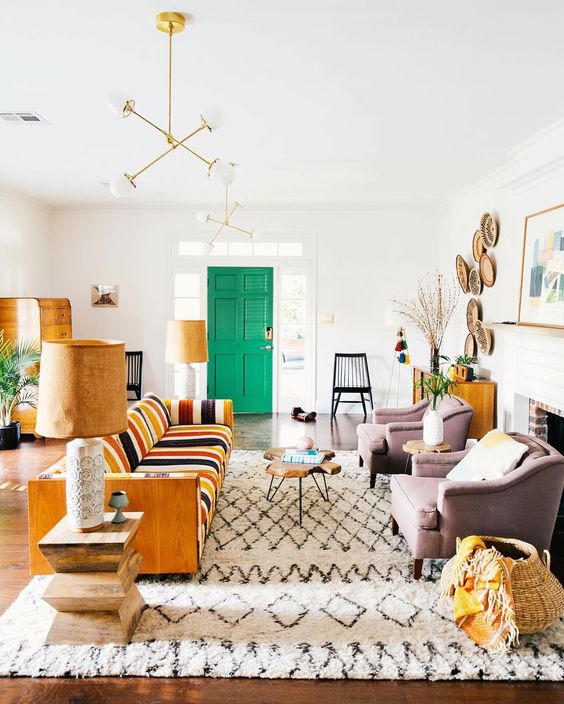