Sono Architects connected three gabled volumes in this Slovenian house. Family Villa XL is located on the outskirts of a new residential area and it is designed for a large family of seven. Area is dominated by typical Slovenian urban / rural landscape, that is why the design paraphrases the surrounding typical architectural elements giving them a fresh modern look. The house is conceptually formed from two mutually parallel volumes and one connecting volume, which is placed perpendicularly to the other two, all of them are dark-colored with warm natural wood elements for a contrast. All the volumes are elongated with symmetrical gable roofs, which are the most functional ones and look cool reminding of the houses of the past. The shortest volume is extended into a roofed carport.

Floor plans are spacious and organized in three levels. Living area, enclosed with large glass surfaces opens to the atrium maintaining the flowing communication between the house interior and surrounding nature. The facade is composed with large-format panels, the connection volume in lighter and the other two in darker colors. Larger glass surfaces are moved inwards and combined with wood cladding. Placed over them is a pattern of vertical narrow wooden elements that simultaneously function also as sunscreens and they can be also used for privacy in case the owners need some. 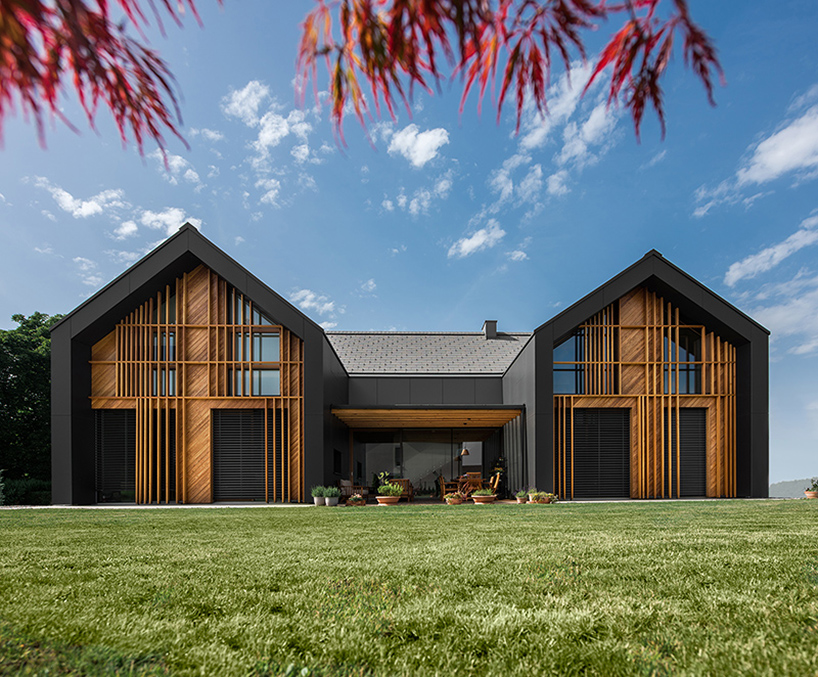 Two mutually parallel volumes are connected by another one, which is located perpendicularly 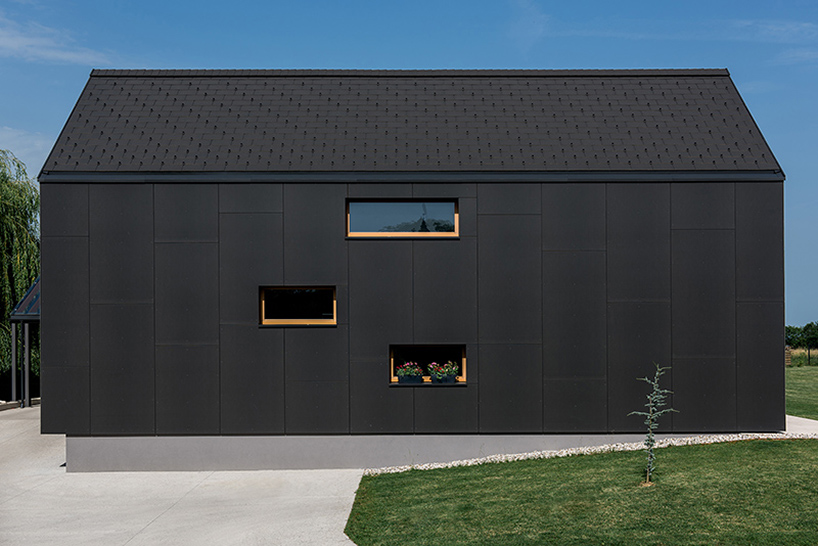 The structures with dark exterior are elongated with symmetrical gable roofs 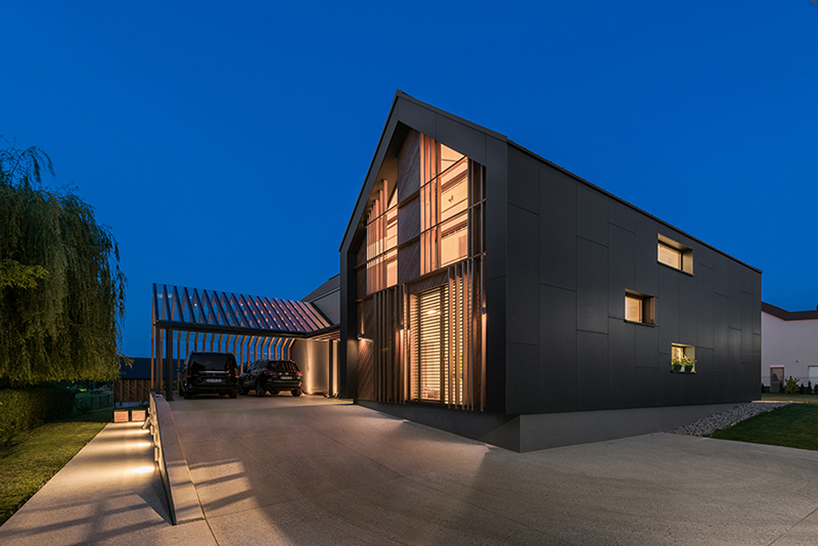 The floor plans are spacious and divided into three different levels, which are opened to the outside 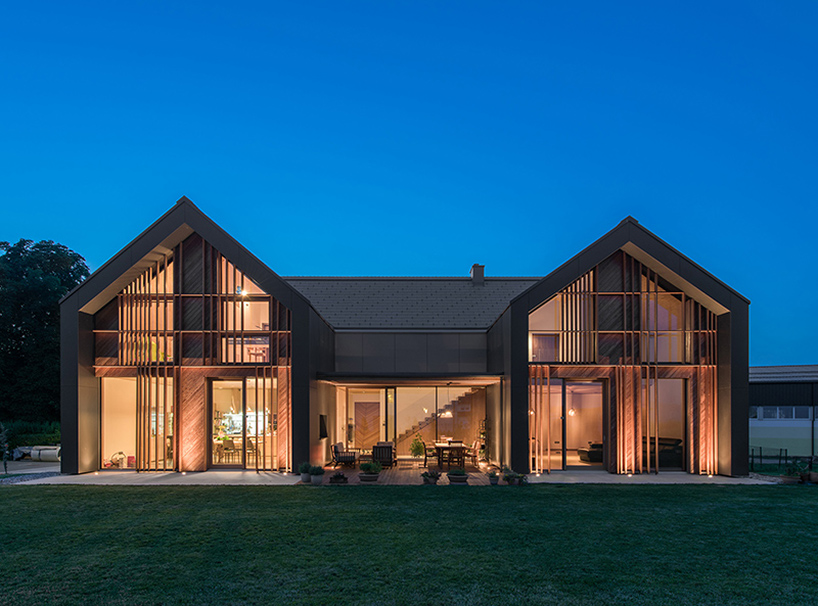 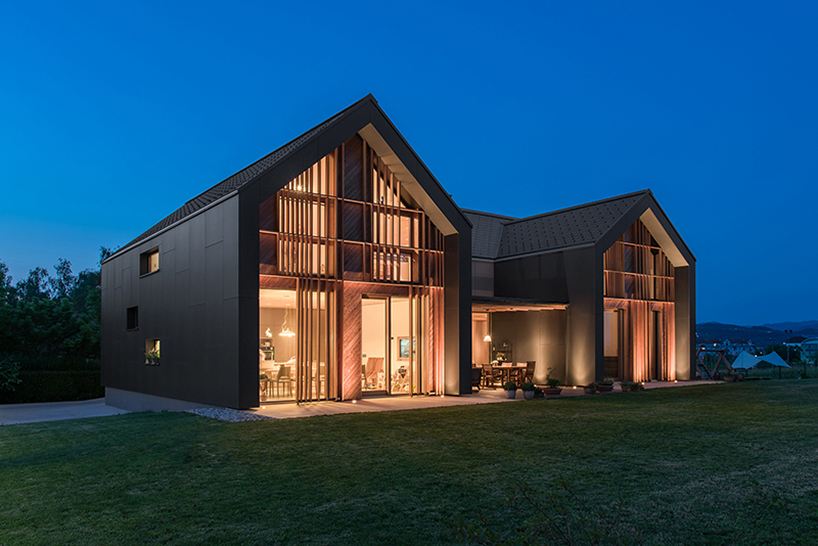 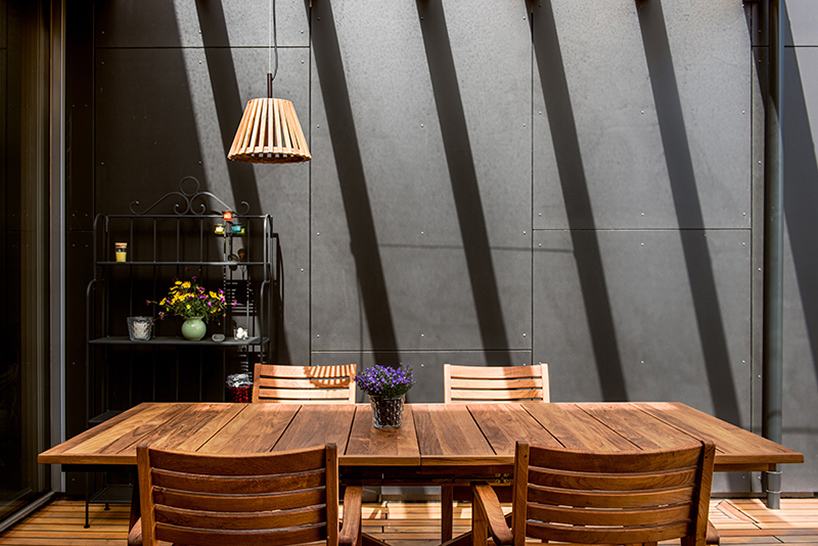 The living area, enclosed with large glass surfaces opens to the atrium 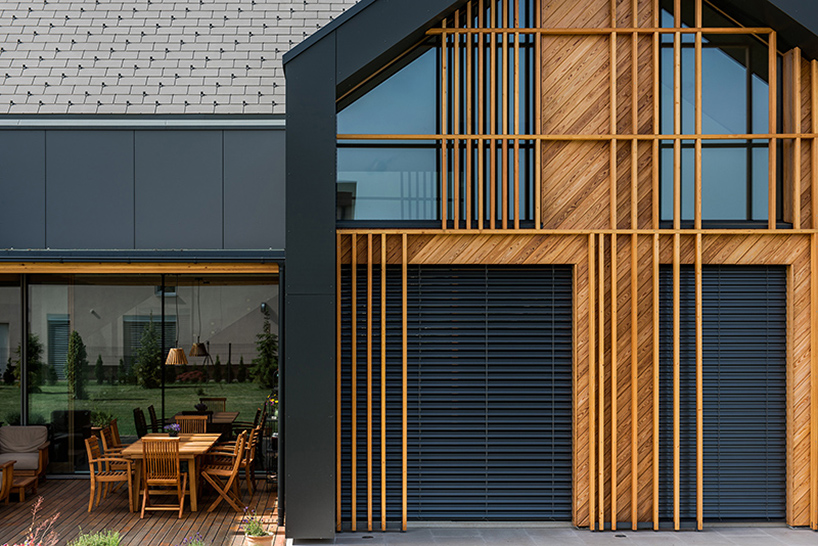 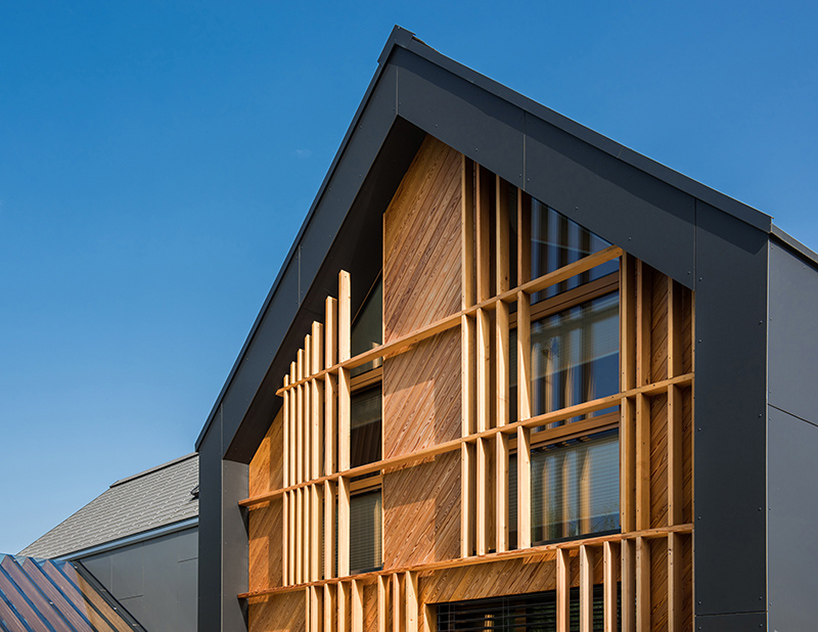 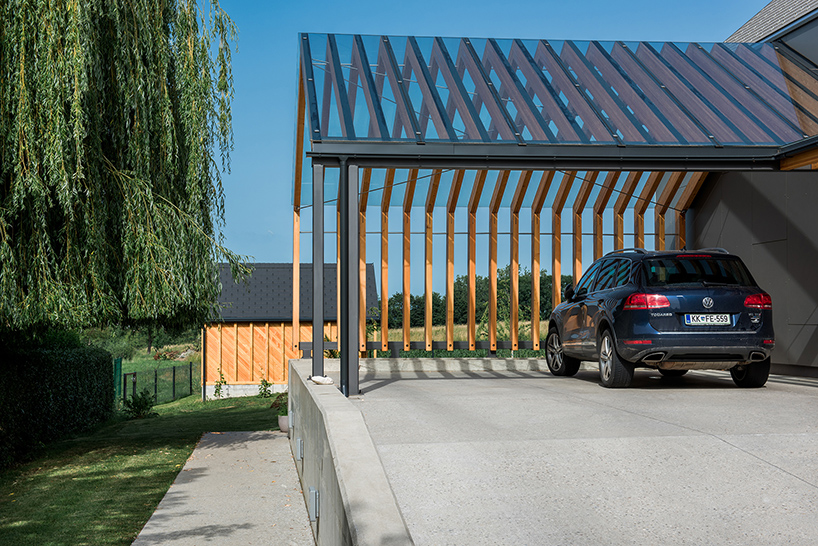 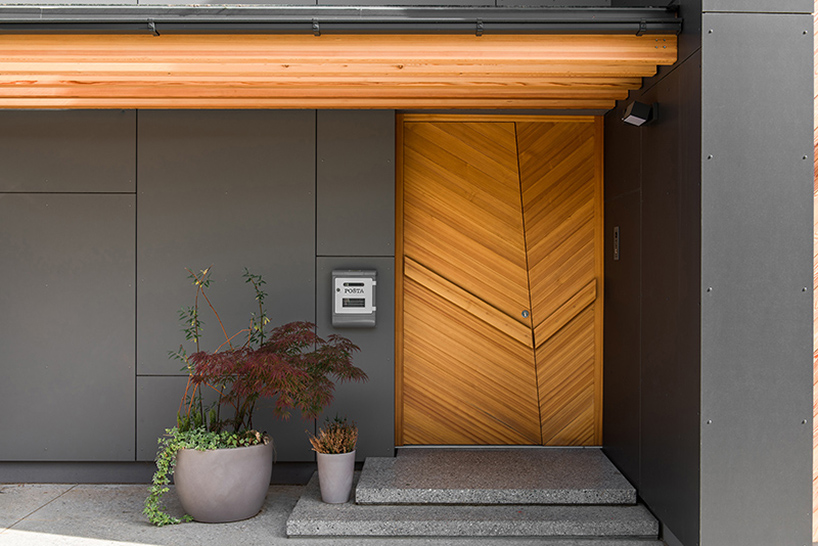 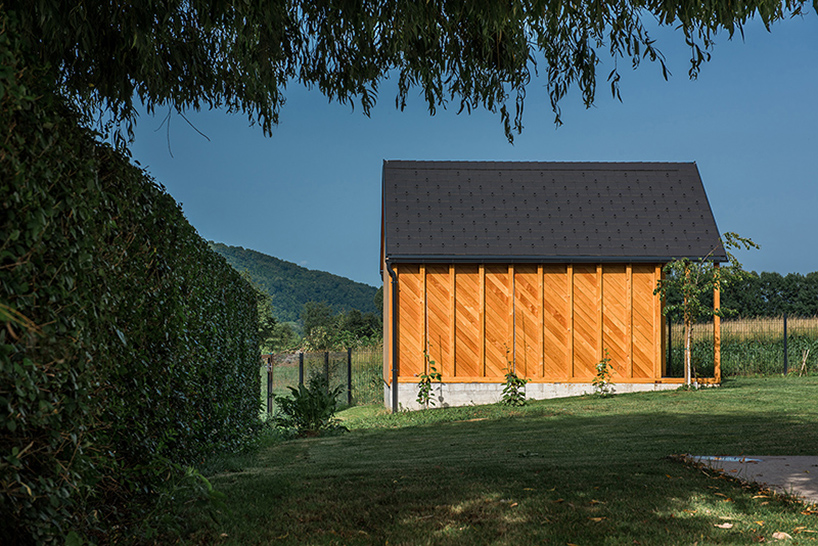