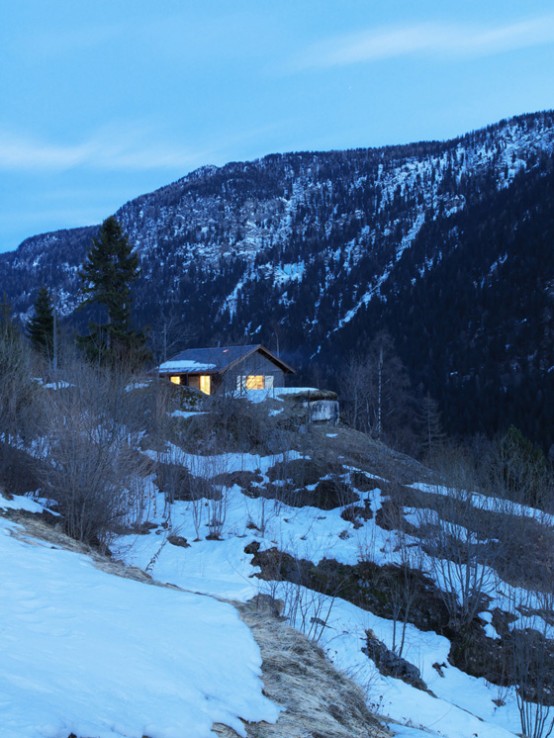 Ralph Germann architects managed to transform a former Swiss army building constructed during the Second World War, Arsenal B47, into a great living space. How could they change a former army space into a modern living one? They started from adding a glass cube into the old structure, an option which meant the architect didn’t have to touch the patina of the walls, thus preserving the roof and some historic details. The second cube added was made of wood and it was done to widen the space. To give a timeless feel, the architects used clean, pure lines but the interior shouldn’t be boring, so there were created several colorful accents and a fuchsia cloakroom. A large picture window, that can be concealed, ensures excellent lighting. 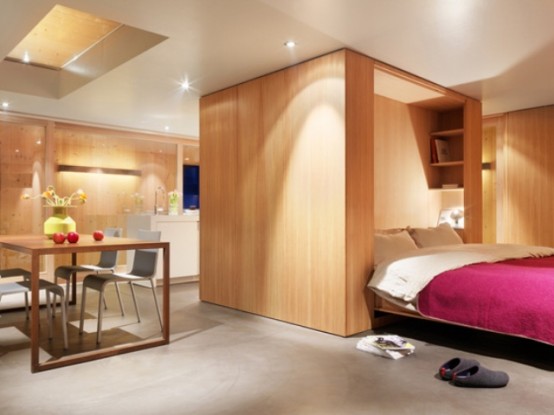 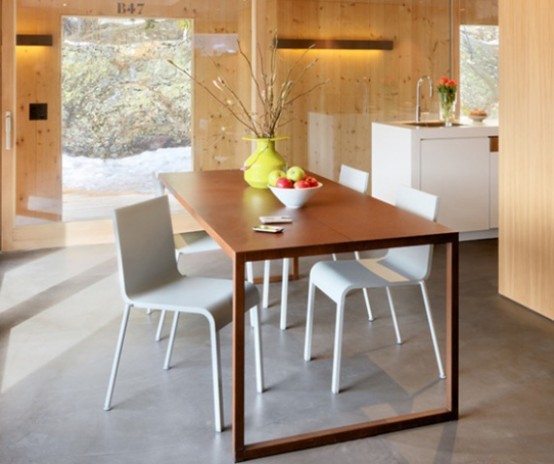 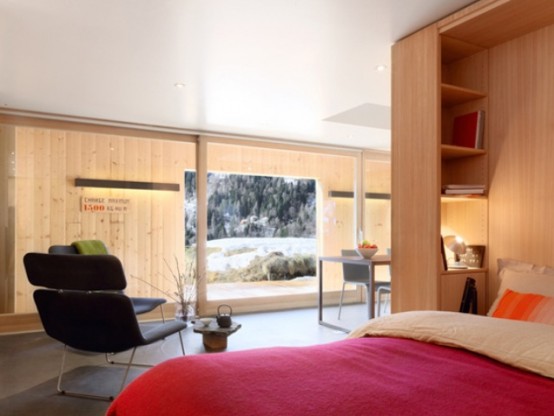 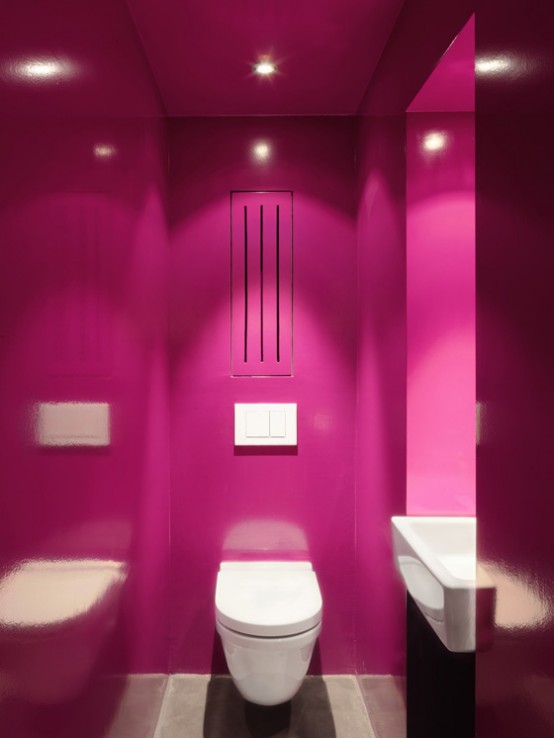 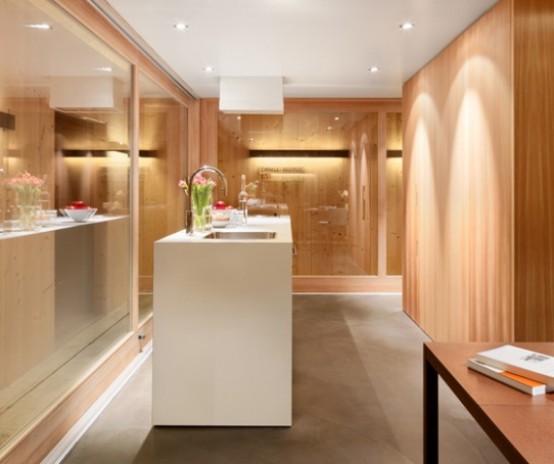 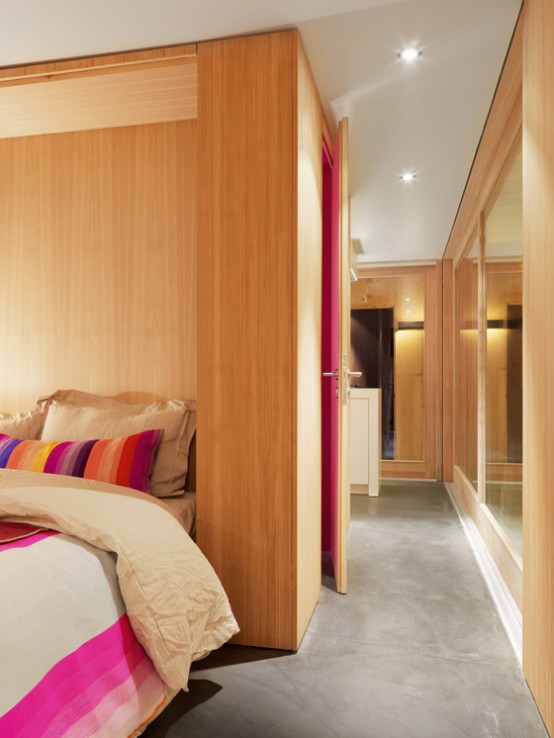