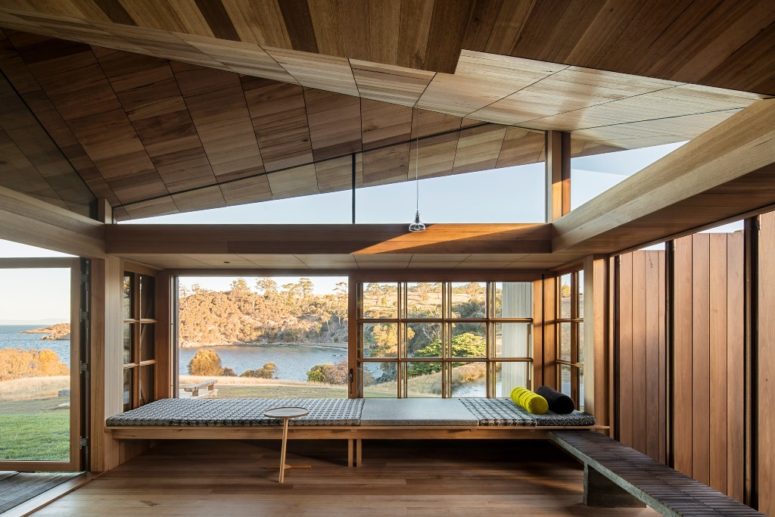 This unique cottage in Tasmania is a historical dwelling that belonged to Captain Kelly, who was the first to enter the Arctic circle

This 320-square-metre cottage on Bruny Island in Tasmania dates back to the 1840s when it was built by its namesake, Captain Kelly – a harbourmaster who was noted for his voyage around Tasmania in a whaleboat and for being the first Australian to enter the Antarctic Circle in 1832.

John Wardle Architects has restored the dilapidated Georgian dwelling to its original condition, while also adding contemporary interventions to the interiors to bring them up to date. The original cottage consisted of two structures – one containing bedrooms and the other a kitchen, surrounded by a wide verandah. The architects inserted a number of contemporary interventions within the heritage structure to make the building suitable for modern day living.

A new living area, which has been placed between the existing kitchen and bedroom structures, is filled with built-in and custom-made loose furniture including a writing desk and coffee table designed from materials left over at the end of construction.

In addition to the new structures, the restoration process involved the removal of many layers of paint that led to the discovery of the original colors. These have been revealed in parts and provided inspiration in other areas of the house. Yellowing newspaper clippings found under paint are also on show. Meanwhile old construction techniques that were uncovered have been incorporated into the cottage’s new works where possible.

All of the timber for structure, floors, walls, ceilings, windows, cabinetry and furniture were produced from a single pack of Tasmanian Oak sourced from a local mill, as were the original primary elements of the construction. The original layered soffit and exposed ceiling rafters on the cottage’s verandah have been continued into the new entry and living spaces to create continuity between the old and new structures.

A sheltered north-facing courtyard built around existing 100-year-old walnut and mulberry trees has been inserted into the leeward side of the cottage while the chimney, which had long since been removed, has been reinstated in its original position. 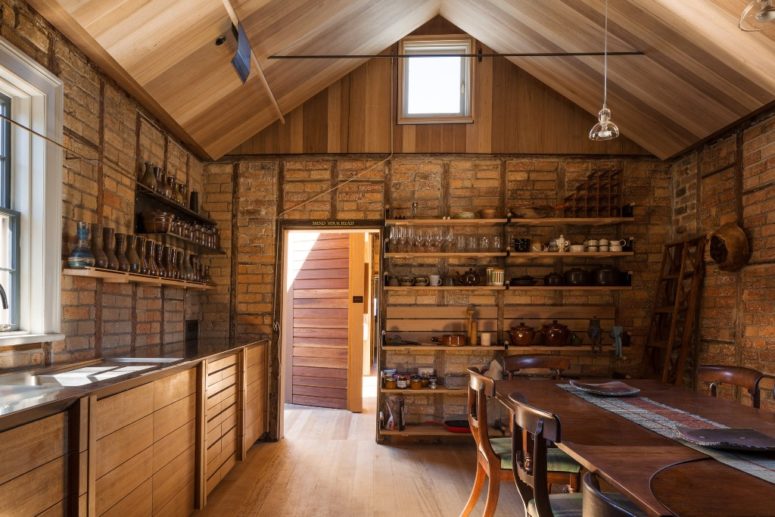 The kitchen feels like totally original, with stone walls and wooden furniture, with open shelving 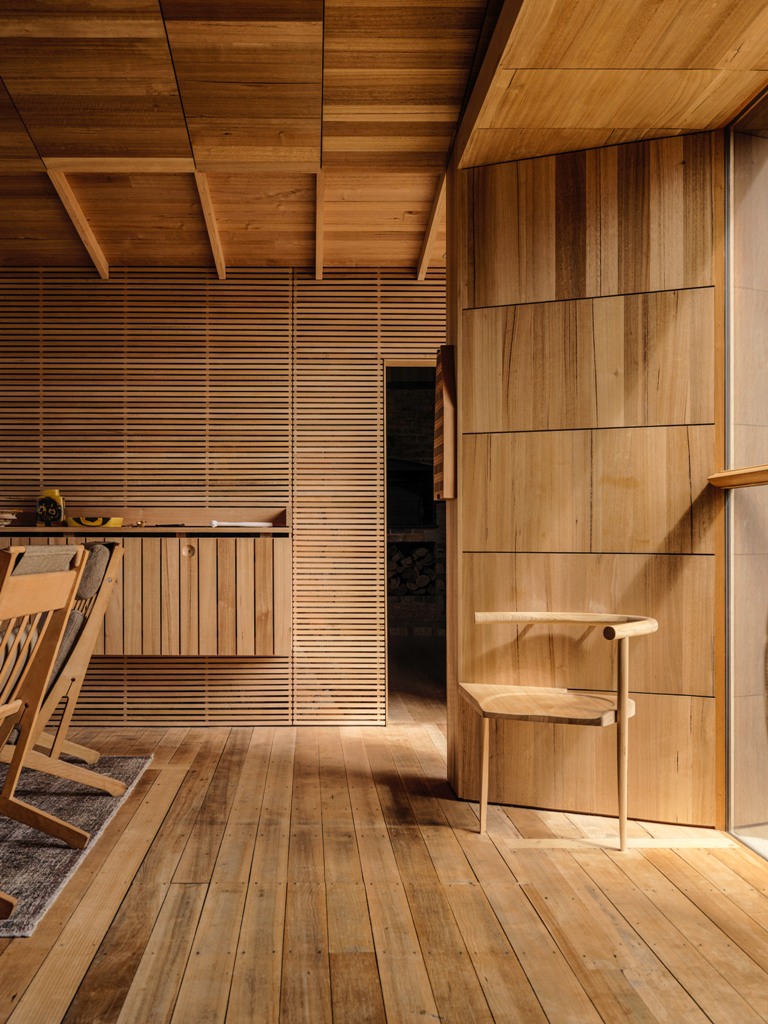 All the timmber used for decorating the house was local Tasmanian oak, produced here, on a local mill 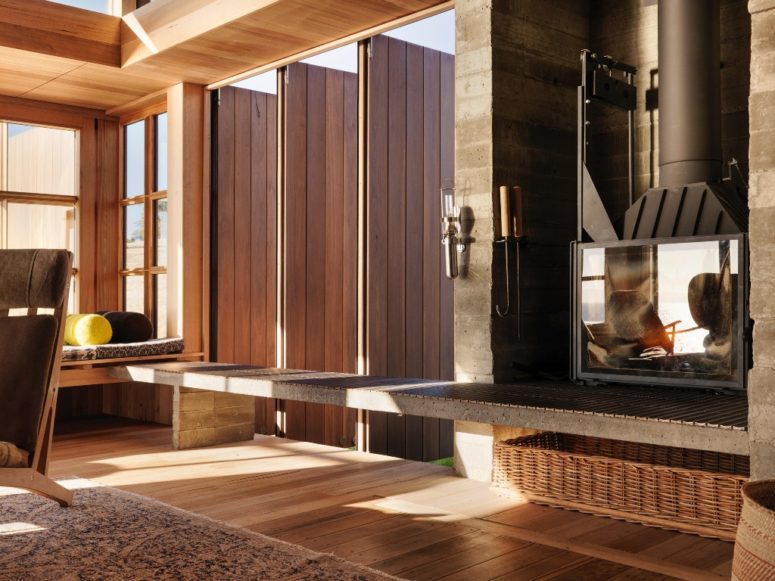 Look at the gorgeous hearth, it looks modern and vintage at the same time, and there are amazing views of the bay 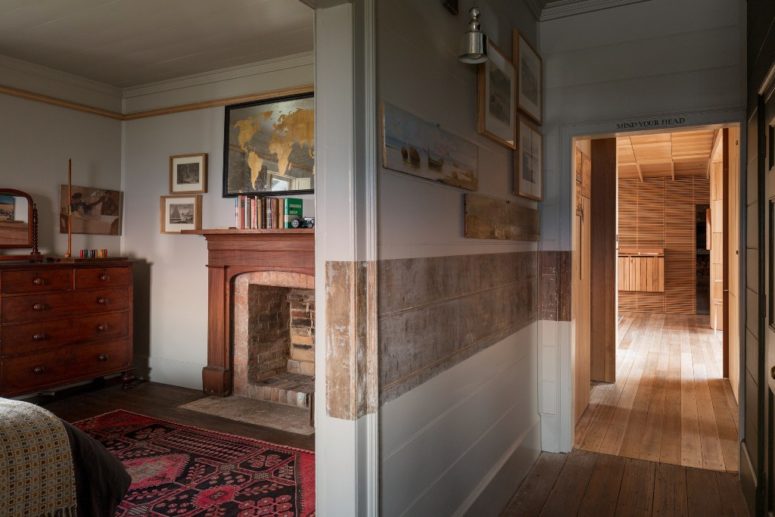 As for details and items, the designers preserved and restored as many of them as they could 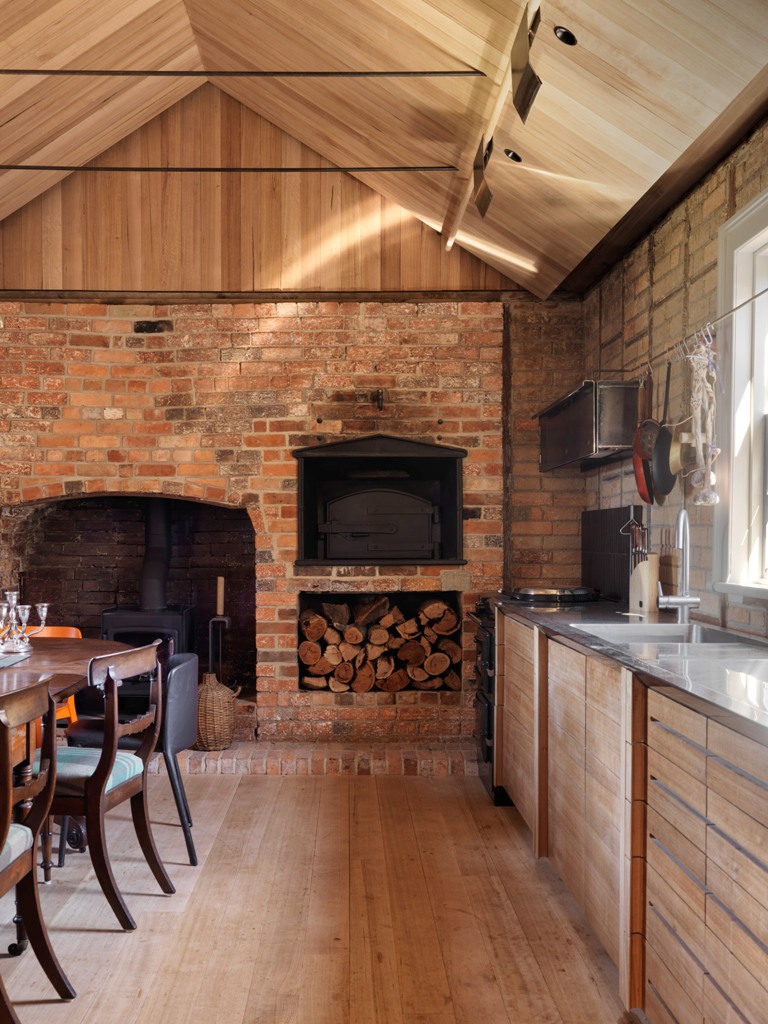 The kitchen is a dine-in one, with a metal stove, firewood and a refined wooden dining set, while the cabinets are more modern 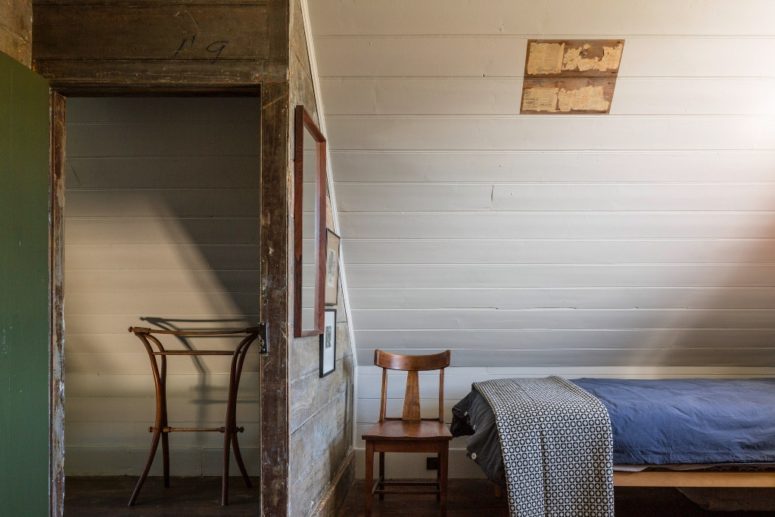