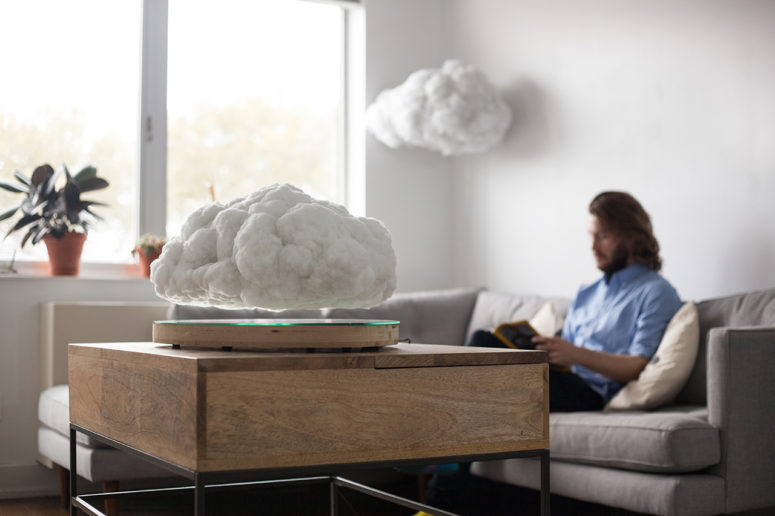 Richard Clarkson Studio and Crealev’s Making Weather is an uncategorizable creation, an objet d’art and also a functional piece of technology: a polyester fiber cloud equipped with hidden magnetic levitation modules and other audio-visual delights.

Making Weather is an evolutionary improvement upon Richard Clarkson Studio’s original Smart Cloud, another recreation of meteorological making. Like its precursor, Making Weather is equipped with an array of LED lights to simulate lightning patterns in an array of colors, housing a Bluetooth speaker for streaming music or weather sound effects seemingly emanating from the cloud itself. A hidden rechargeable lithium ion battery makes wireless operation possible (the base must remain plugged in).

A slight nudge and the Cloud can rotate and move – the entirety of the form visible from above or below, thanks to the mirror base – the technology within designed by Crealev engineers to keep the fluffy atmospheric form afloat 1-2″ above without any additional support.

Alas, the Making Weather is currently a one-of-a-kind wonder at the moment. Richard Clarkson Studio and Crealev hope to evolve this proof-of-concept prototype into a consumer product in the near future, a wish we share, now enthralled with the idea of adding an atmospheric element into our interior atmosphere. 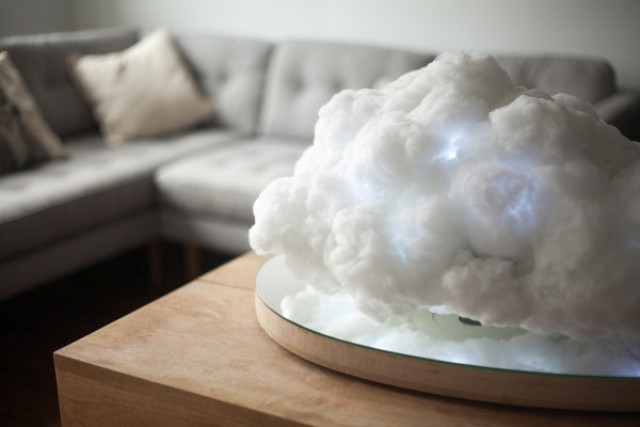 The piece not only looks like a cloud, it also streams music and weather sounds if you want 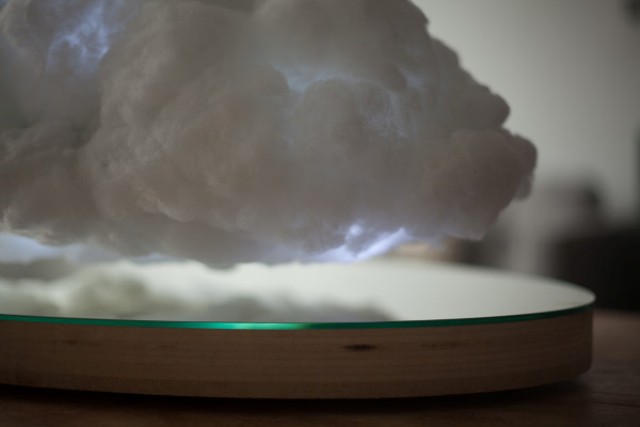 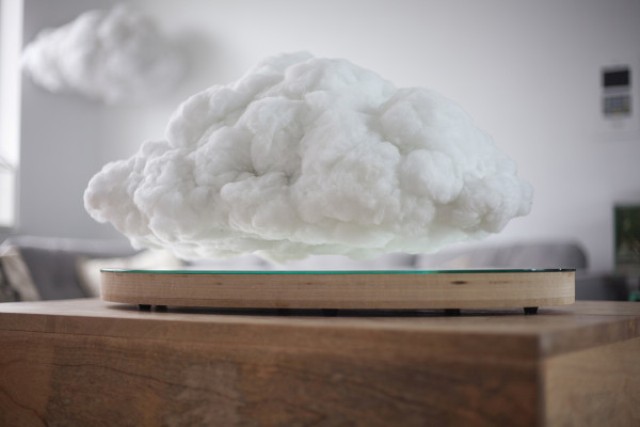 The Cloud will add a real atmospheric touch to your interior