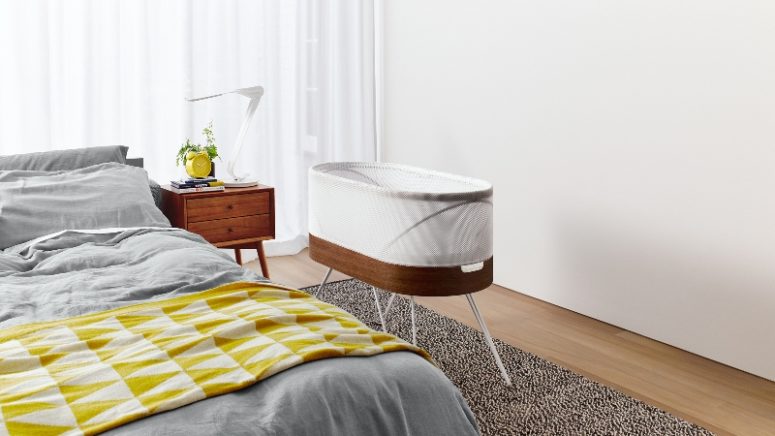 Exhausted parents can stay in bed while this bassinet designed by Yves Behar rocks their babies back to sleep with a “womb-like motion” whenever it hears them cry.

Described by its makers as the world’s first smart sleeper, the Snoo crib has microphones, speakers and sensors embedded into its structure. When it detects noise and agitated movement, the bed’s gentle rocking movement speeds up until its occupant drifts off back to sleep – meaning parents don’t have to rise.

Snoo crib comes with an app that lets parents monitor and review their child’s sleep patterns. The data is collected and sent to their smartphone or tablet using a Wi-Fi connection. The lozenge-shaped crib has white textile mesh sides that allow air to flow through. The mattress sits within a wood surround, which in turn is supported by thin, hairpin-like legs. The crib’s height was chosen so parents can see the baby from their bed.

Inside, a cotton swaddle is designed to hold the baby in a sleeping position that emulates its time in the womb. The mechanism won’t work unless the swaddle is securely hooked onto the bassinet sides.

A metal Wi-Fi shield in the platform of the bed sits between the baby and the module to prevent any potential radiation exposure. The Wi-Fi can to be completely turned off at the touch of a button. 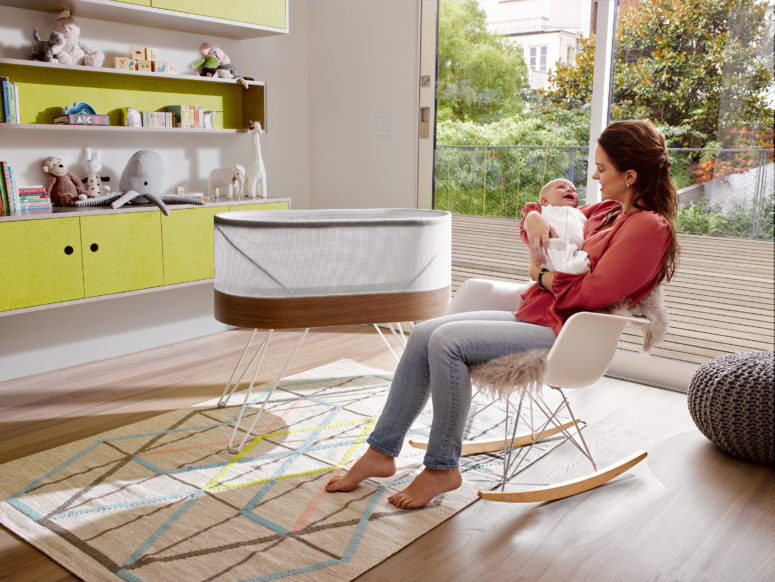 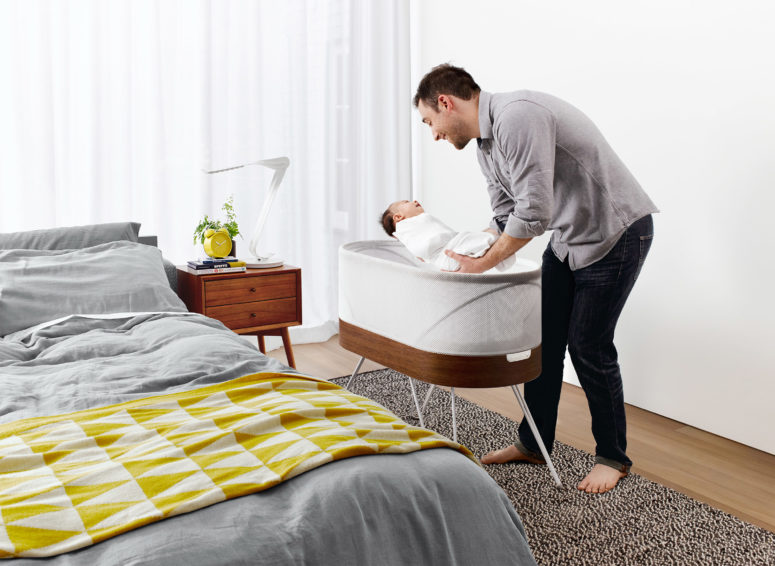 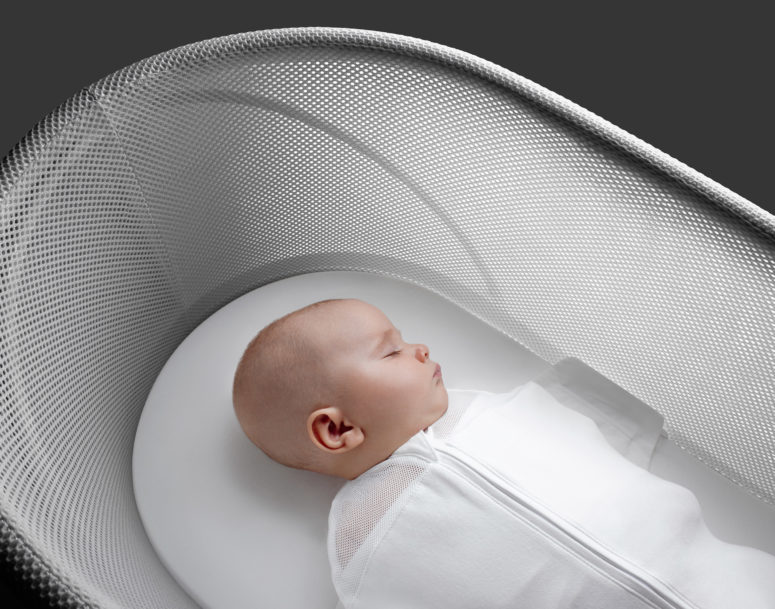 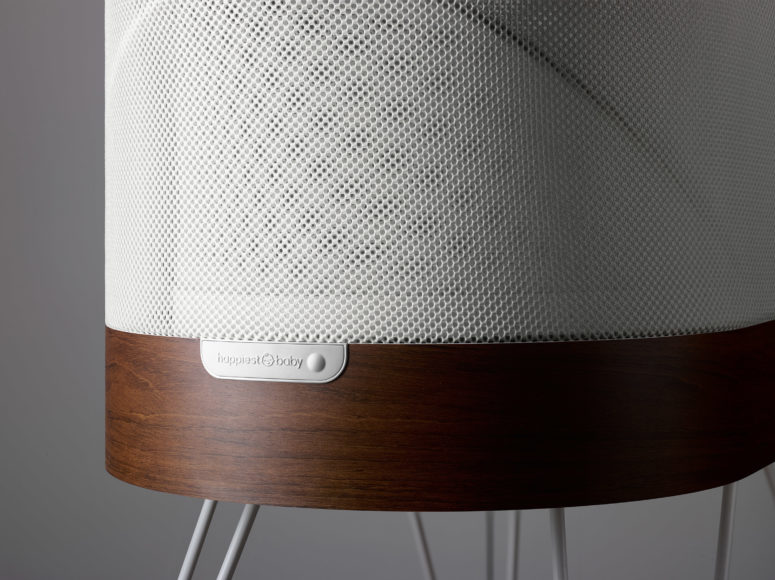 The designers wanted not a cliche look for the crib, and they succeeded in creating a chic and simple one