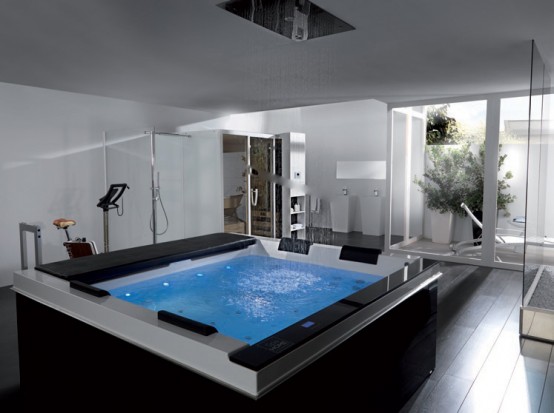 New spa tub called Pacific is the latest Systempool’s product which was released just recently. There are two models available – V4 and V2 for for and two persons relatively. Both tubs has built-in music system which is capable to play MP3s and has radio, clock and Bluetooth. Pacific designs are very modern, reinforced pure white acrylic shell contrasts with glossy black finishes on sides and black head supporters. The V2 could contain up to 350 liters of water within its 210x120x73 cm frame while V4 – 700 liters in the 210x210x73 cm frame. Besides the music system, Pacific tubs have hydromassage system with 8 or 16 nozzles depending on a model. Much more high-tech features are implemented into new Systempool’s tubs including programmable filter, two speakers, remote control for Jacuzzi sequences and so on. The price for V2 and V4 starts from 16500 and 19000 Euros relatively. [Systempool] 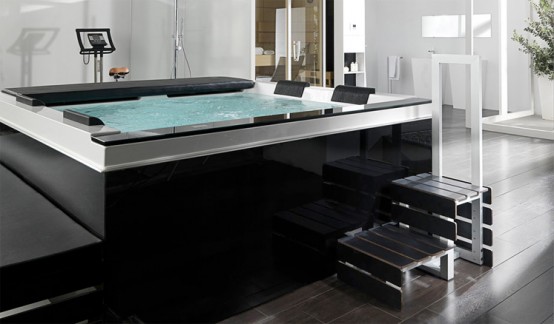 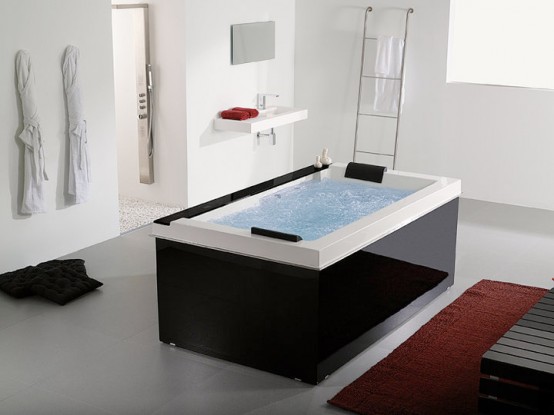