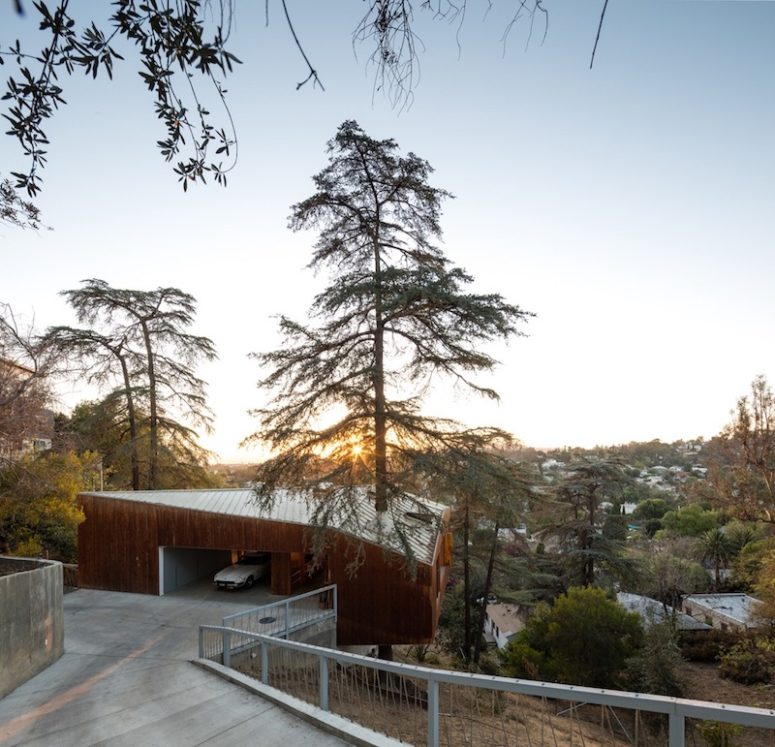 This house is built on a slope and around several mature trees, which makes it unique and super eco-friendly

We’ve seen houses that are built right in the hills or mountains not to disturb nature but a house built around trees not to cut them? This is definitely a new level of respect, and it deserves being seen and praised!

The site on which this house stands is surrounded by a densely populated urban setting and yet it looks so green and in close connection with nature. It is populated with mature trees, which have been preserved and integrated into the house in interesting ways. One of the trees, the largest one on the site, grows through the house. Actually it was the house that was built around it, floor and roof and all.

The interior spaces are organized into two volumes. One of them houses two bedrooms and serves as a cozy everyday home for a family of four. The other unit only has one bedroom and serves as an office as well as an entertainment area. This section of the house is actually pretty flexible and can double as a guest house. The interior design is simple, a blend of modern and traditional with some subtle rustic hints. An abundance of wood was used throughout, giving the rooms a warm and welcoming look and ensuring a pleasant and comfortable ambiance. Sliding doors separate the two sections and a hallway stands between them. 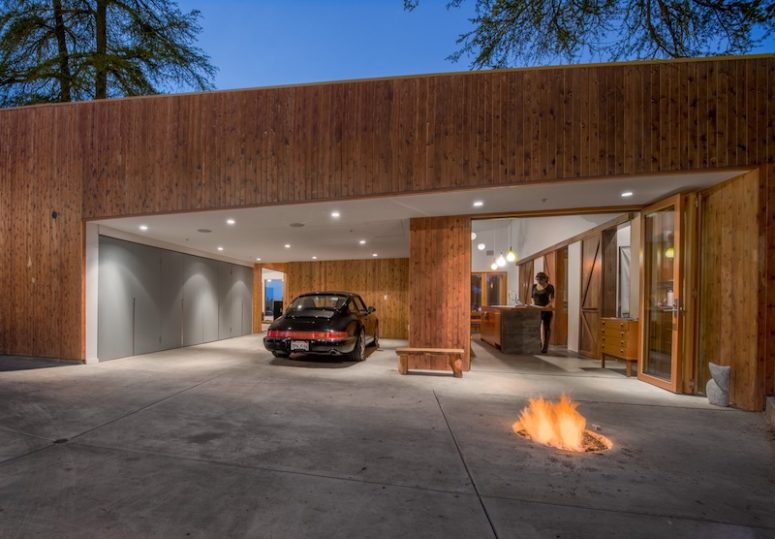 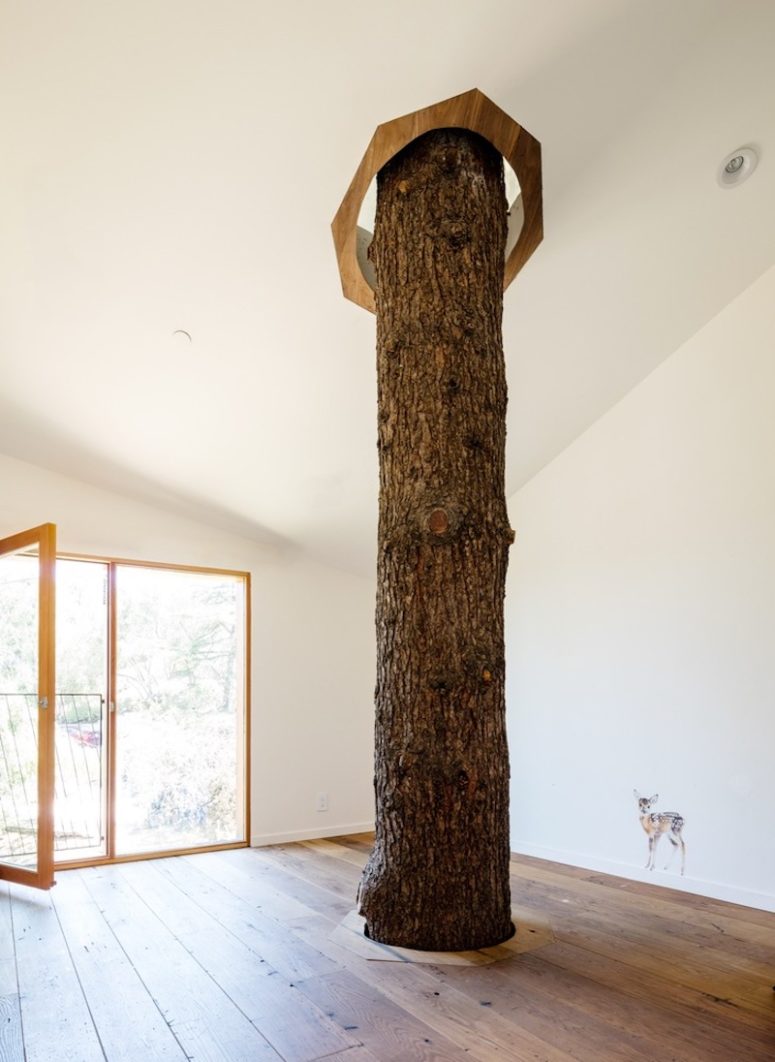 A mature and very tall tree rises through the floor and pierces the ceiling, its trunk becoming a part of the home 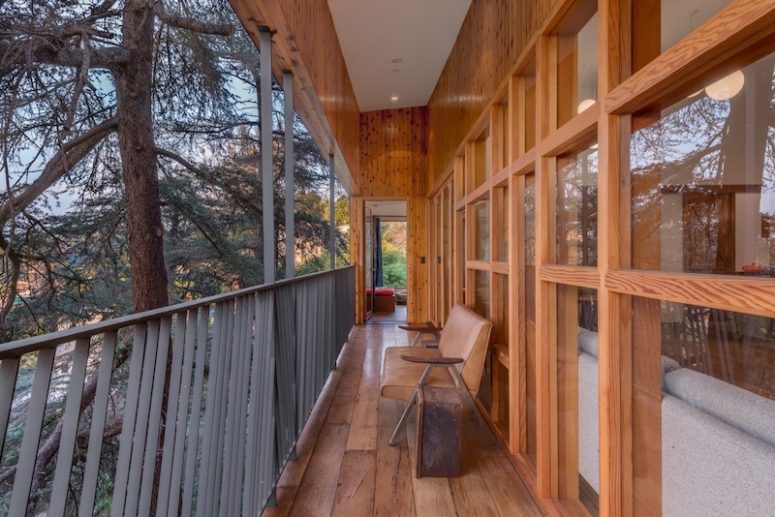 Smaller trees surround the house ofering hade and privacy, which is great for a densely populated area 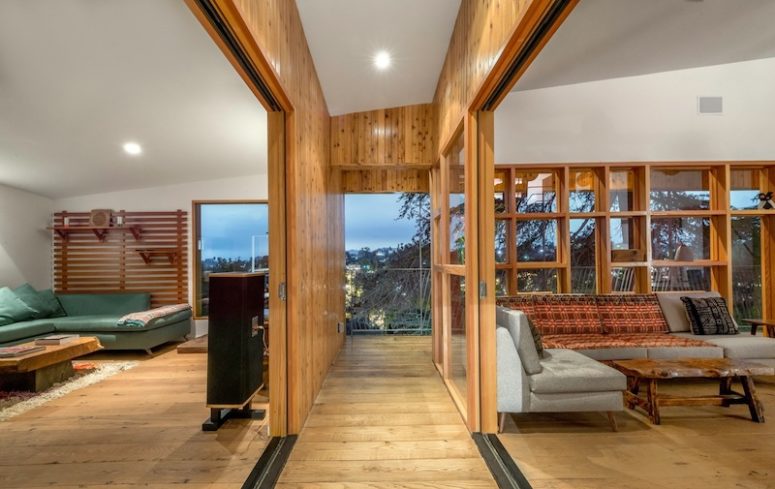 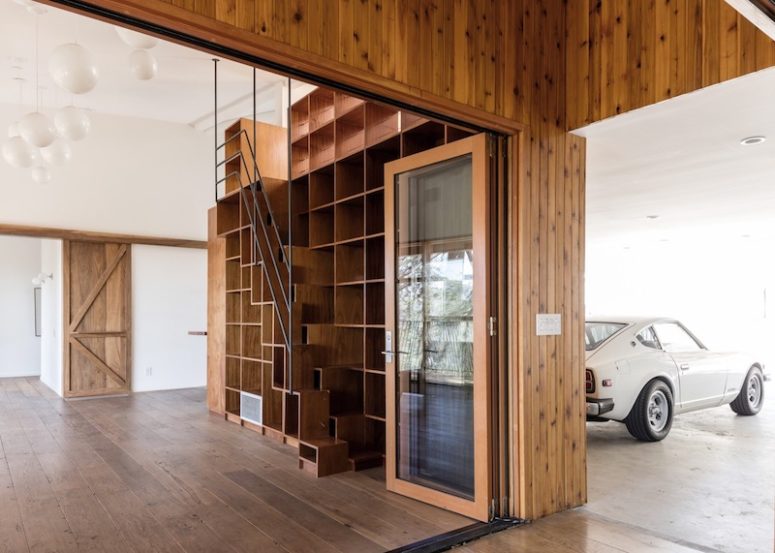 This staircase doubles as bookshelves, this is a smart and unusual storage solution 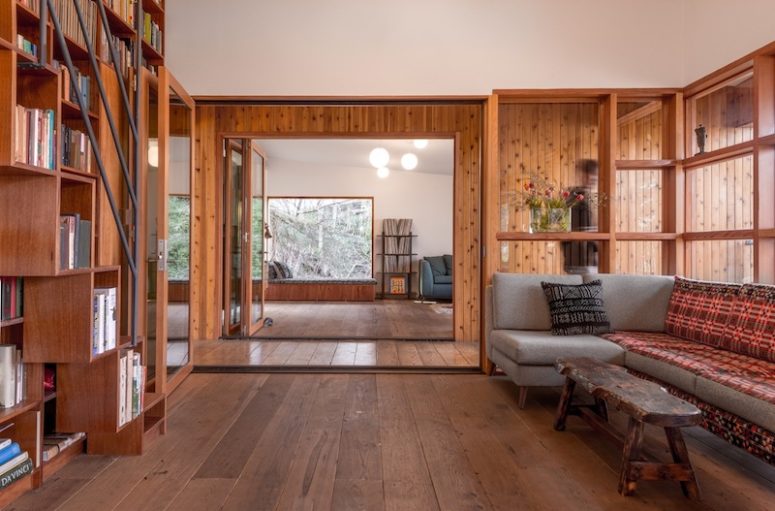 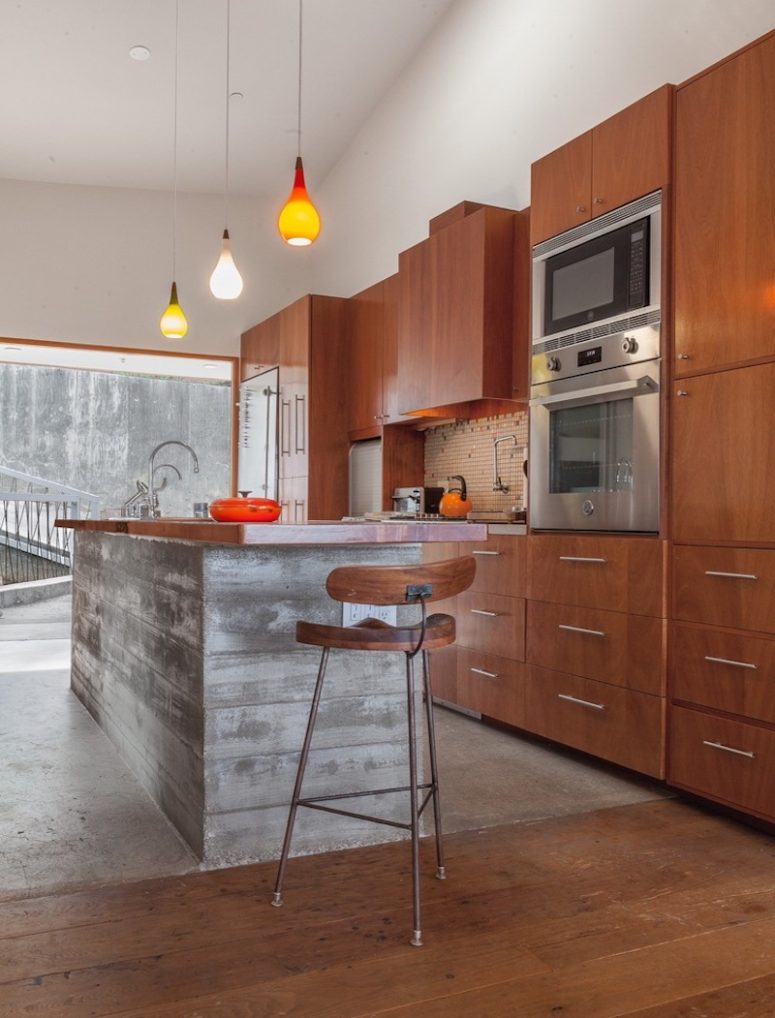 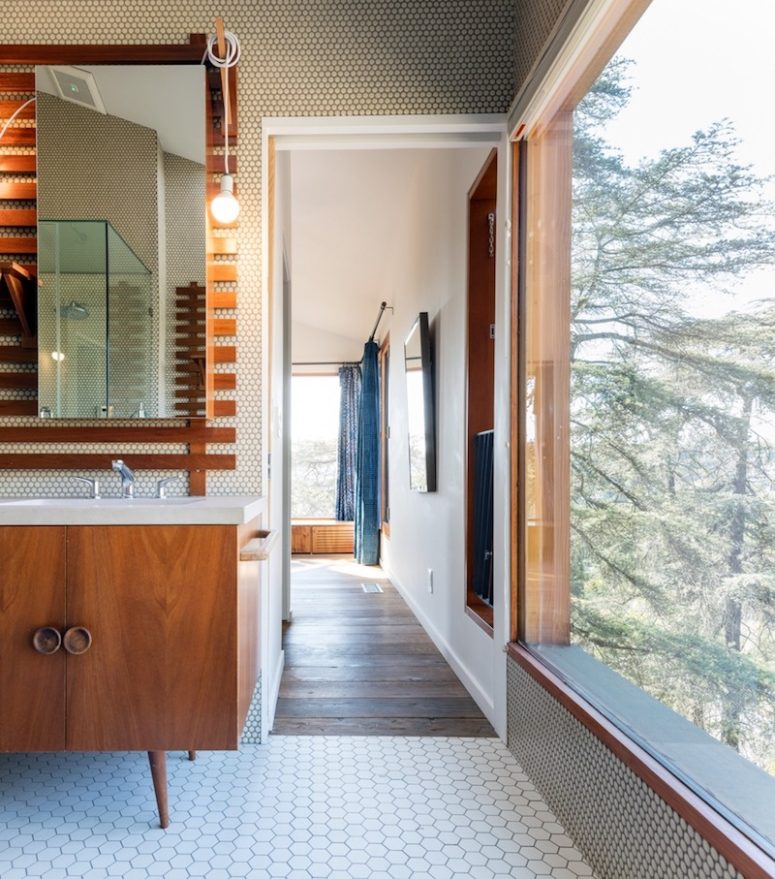 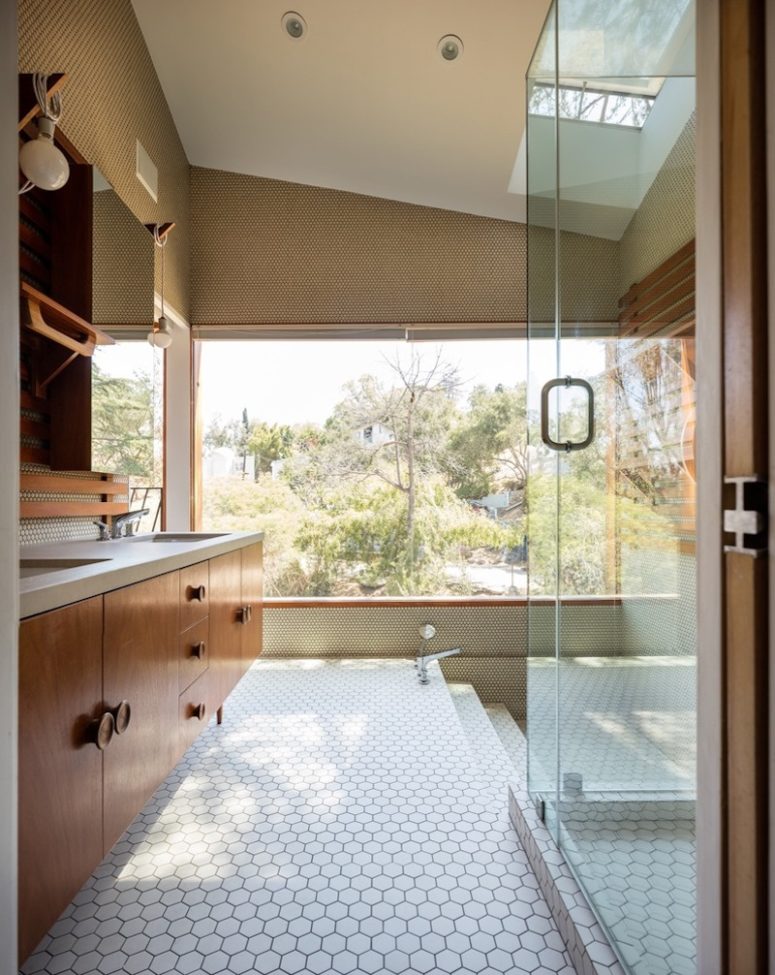