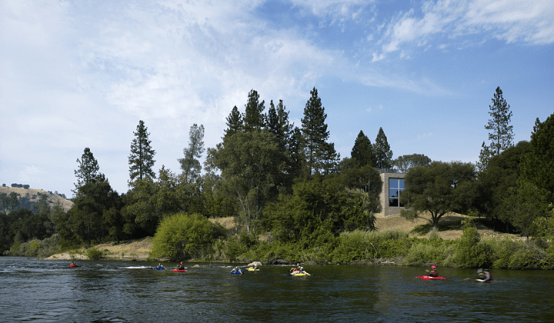 The Kayak House is designed by Ogrydziak/Prillinger Architects on 4.5 acres site on the South Fork of the American River. It overlooking one of the best kayak runs in Northern California so no wonder that the owners are kayakers too. The house is built as close to the river as it’s possible. It’s split on two parts. On the river side, there is a dramatic slope down to the water and back up the foothills across river. This side is public because there are always a lot of kayakers drifting past. Away from the river, the site is entirely private, with a level meadow extending several miles to the start of the foothills. In addition to its basic orientation towards the river, several other details emphasize the kayak theme of the house. First, the garage door is painted blue to match the owner’s favorite kayak. Second, at the entry hall six kayaks hang using off-the-shelf boat hardware. Finally, the ground floor bathroom is configured for post kayak clean-up; it is an open stone shell with wetsuit hooks along each wall. 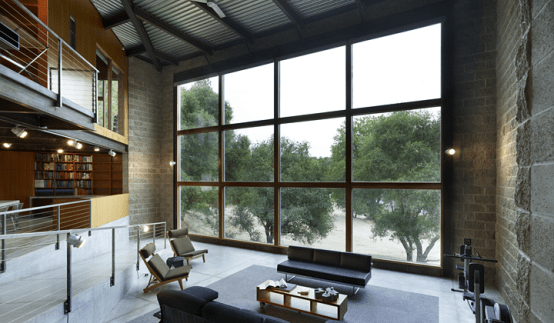 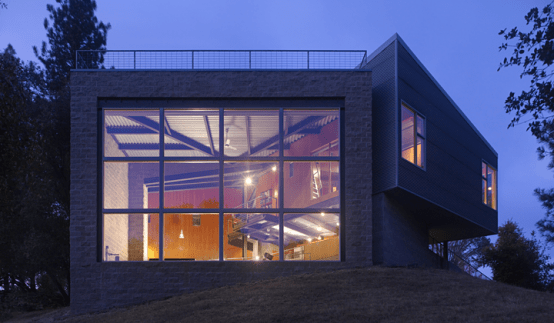 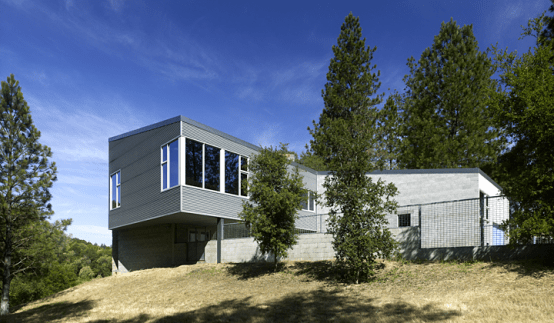 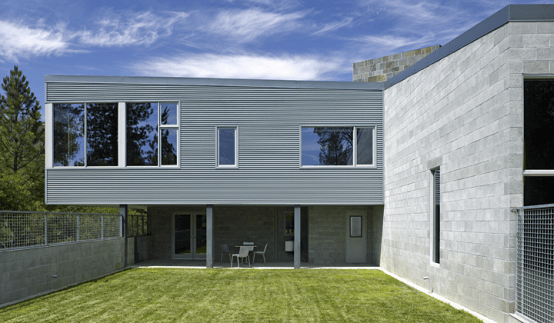 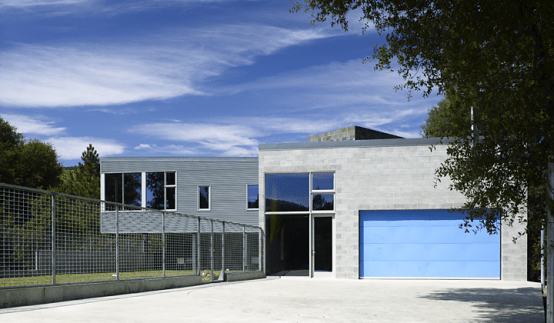 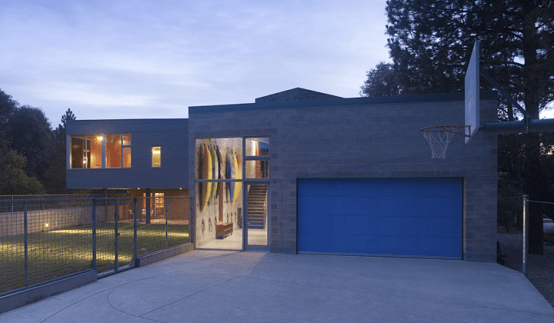 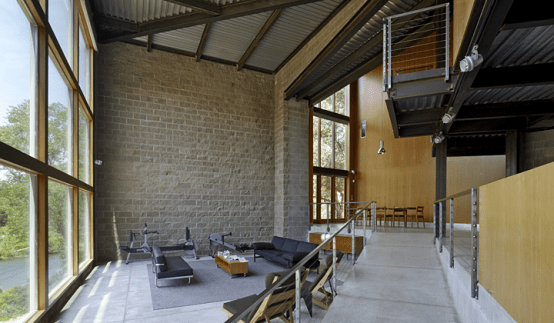 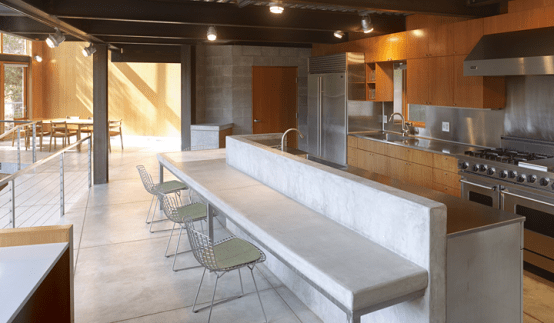 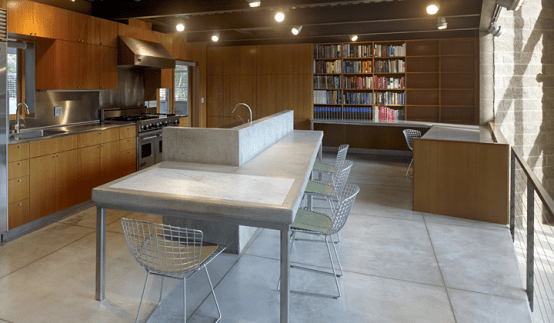 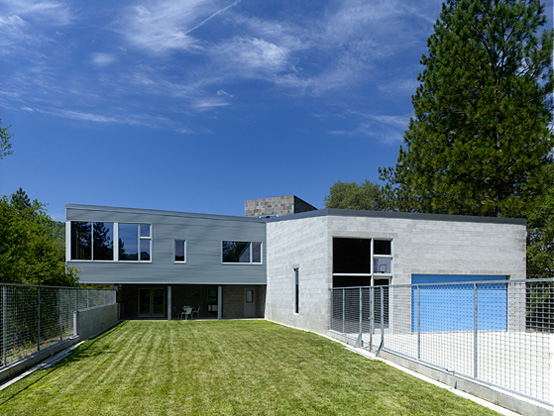 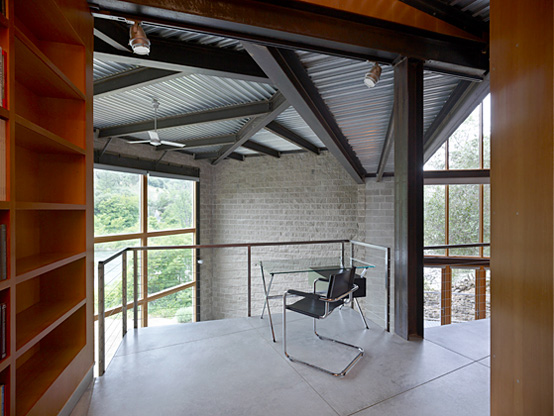 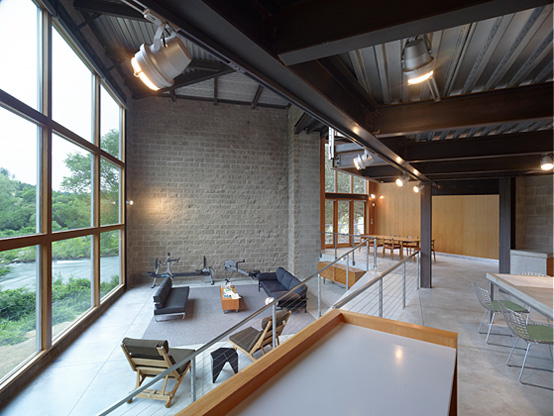 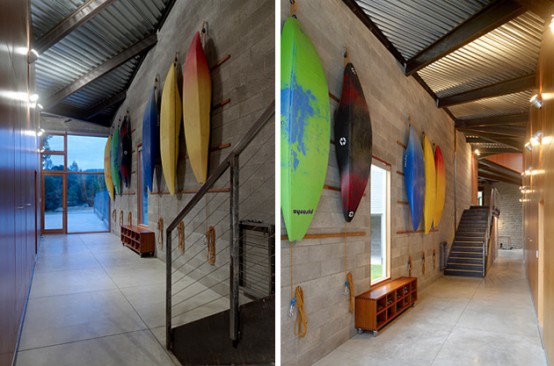