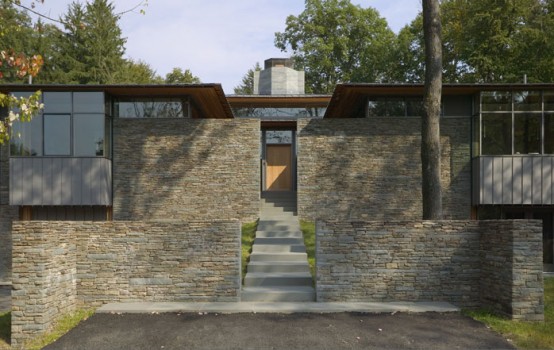 This house is located in Westchester Country, New York, a forested landscape that has been highly developed with small cities, suburbs, highways and roads. The Purchase Residence is designed with four courtyards, which capture as many views as possible while not being overwhelmed by the noise of a near interstate highway. The four-courtyard scheme separated the house to five areas: formal living, diving, kitchen pavilion that looks out on the landscape from every side; a bedroom wing; a study wing; an office wing; a guest wing. The house’s exterior walls were laid with roughened stone faces and then polished smooth when they turned inward to become formal part of the residence. [Cutler Anderson Architects] 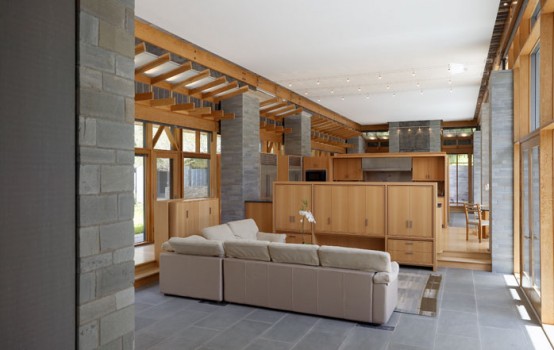 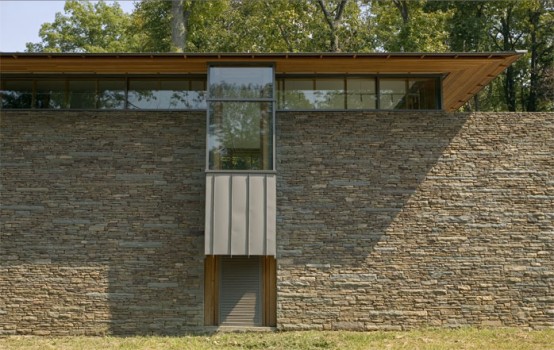 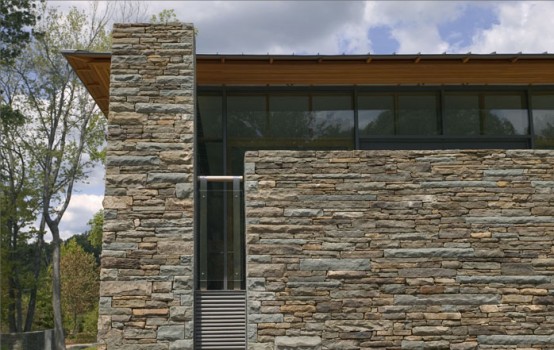 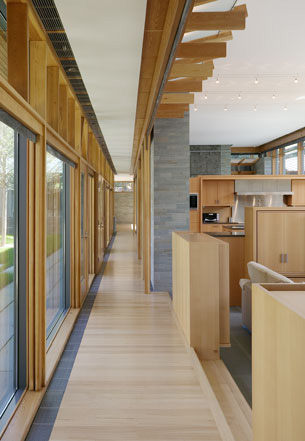