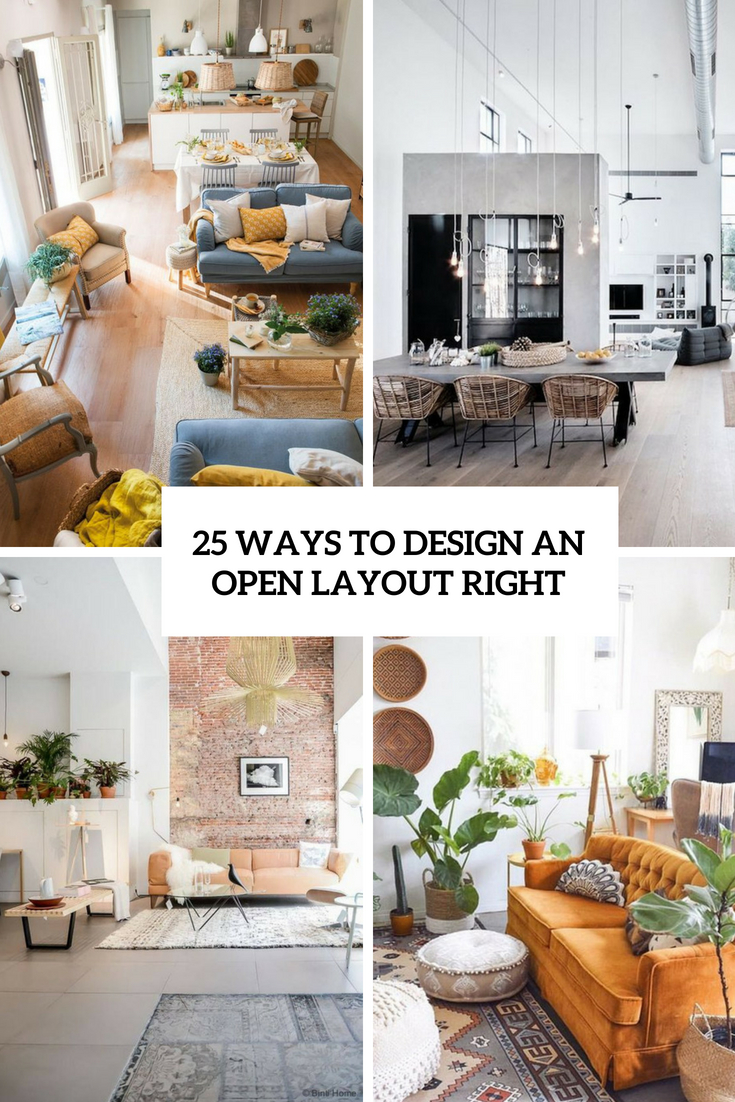 Open layouts are the most popular ones for home decor now, and they are seen everywhere and rocked for all decor styles. How to decorate an open layout right to get a stylish and bright space? Here are some cool tips to consider that will help you with that.

Separate With Furniture And Rugs 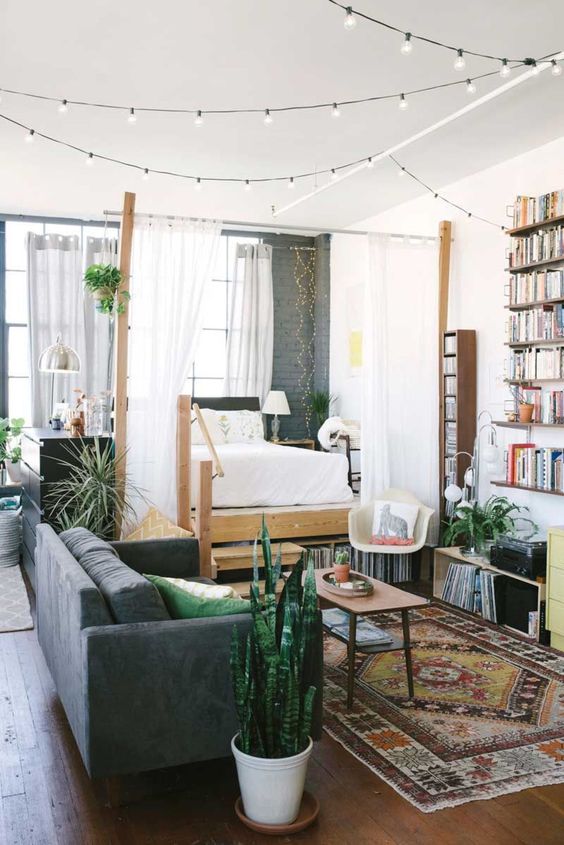 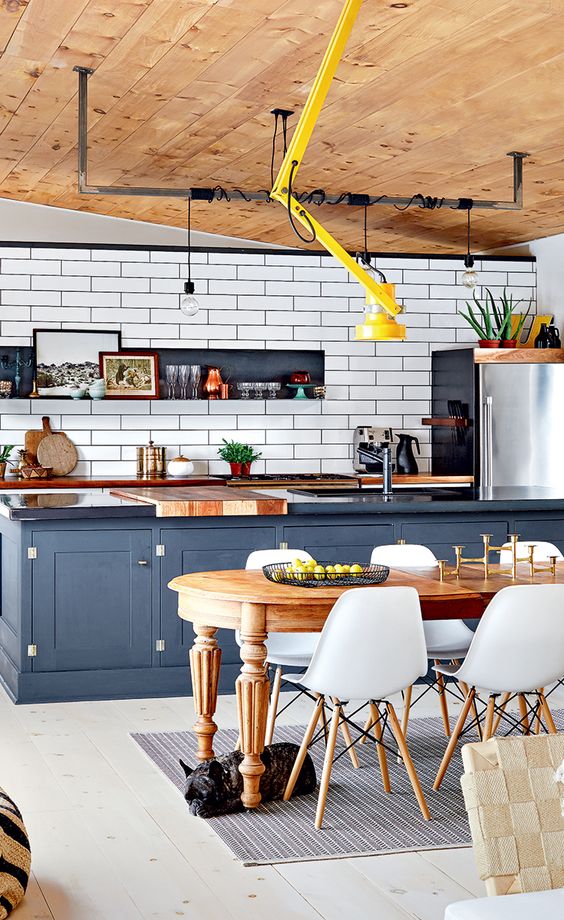 a kitchen island separates the kitchen and the dining space 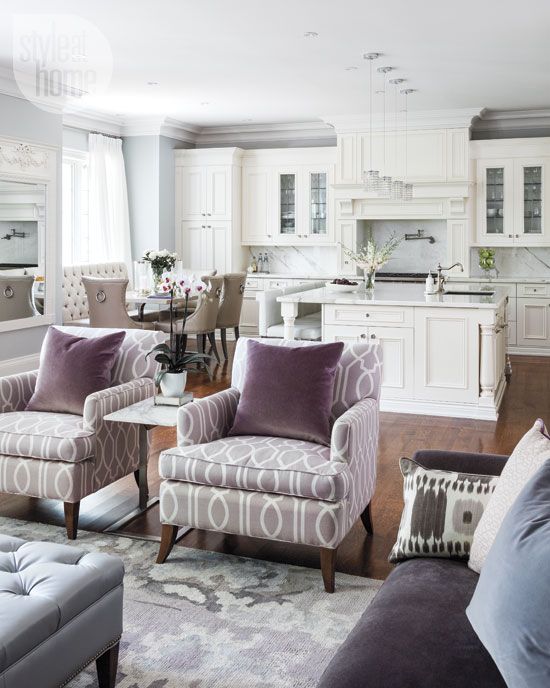 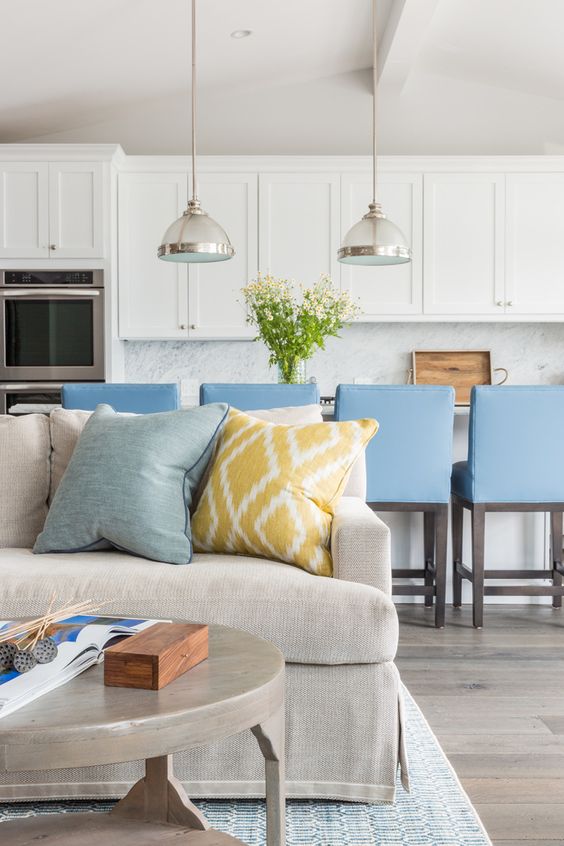 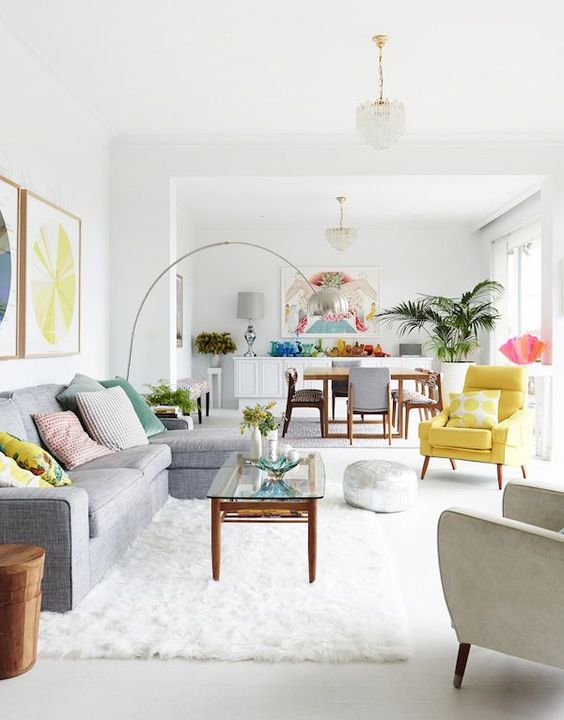 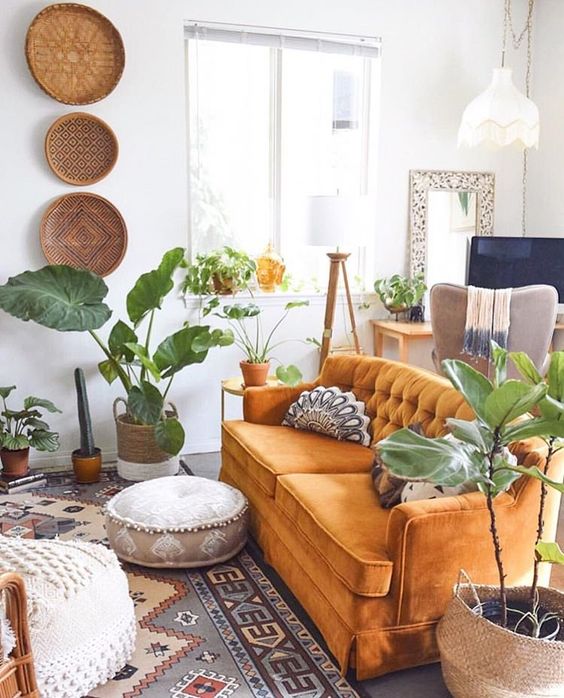 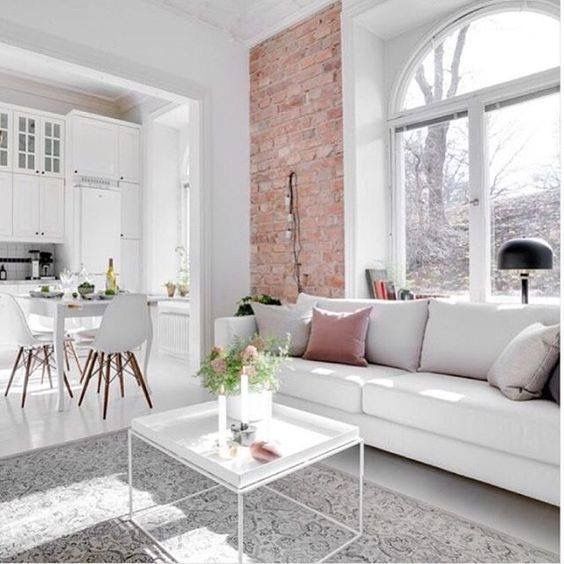 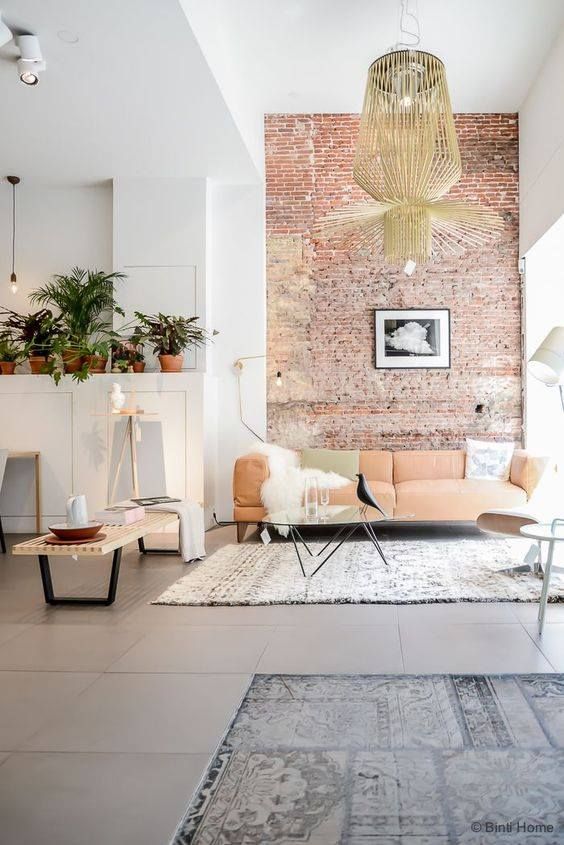 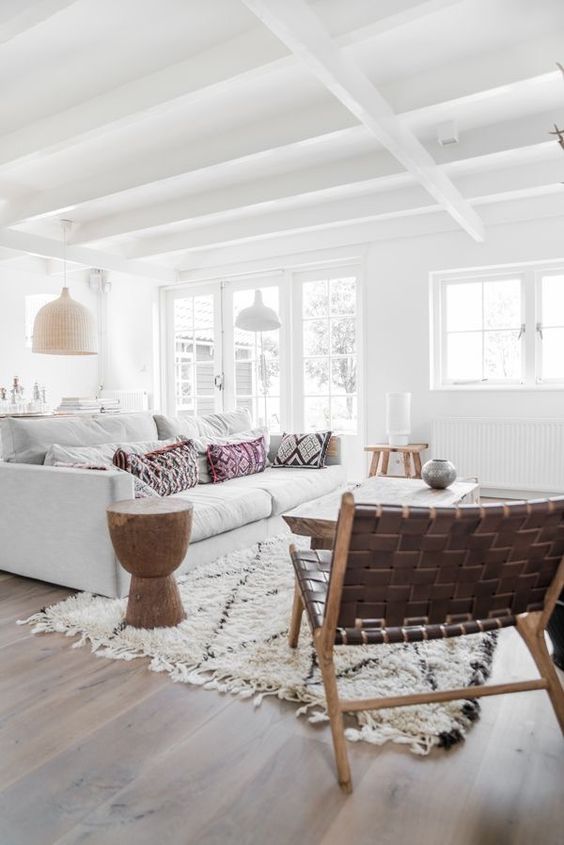 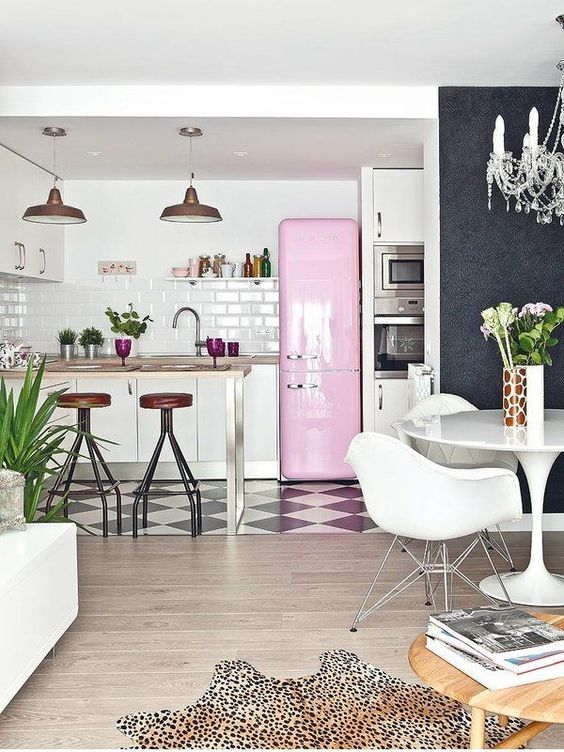 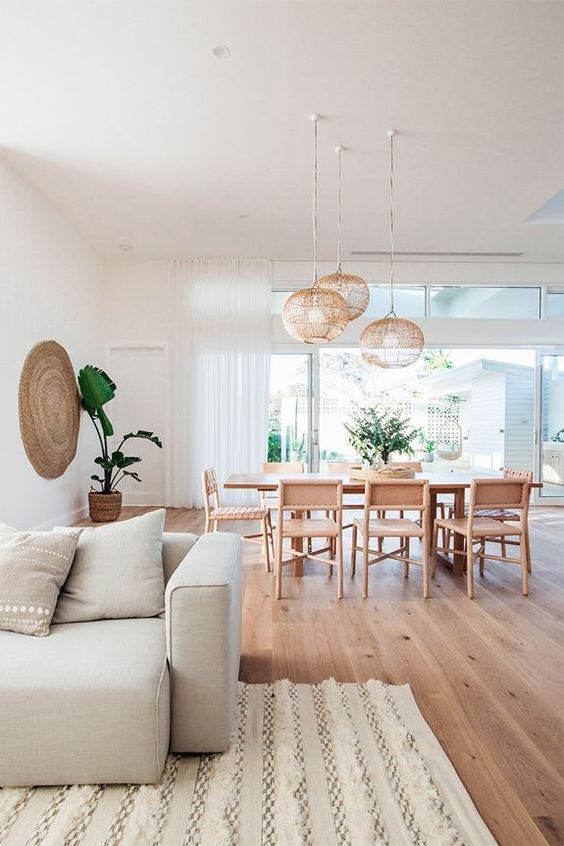 Tie Up The spaces With Colors

Separating the spaces is important but the more you are separating them, the most tying touches you should add. The easiest way to go is the same materials and color touches in all the parts of the open layout. Choose a bright color that you will add here and there with pillows, accessories, lamps, maybe a wallpaper wall, furniture pieces and other items. Keep the color totally the same to achieve a tied look. Another idea is to rock the same material of the same color, for example, wicker or leather of the same color. 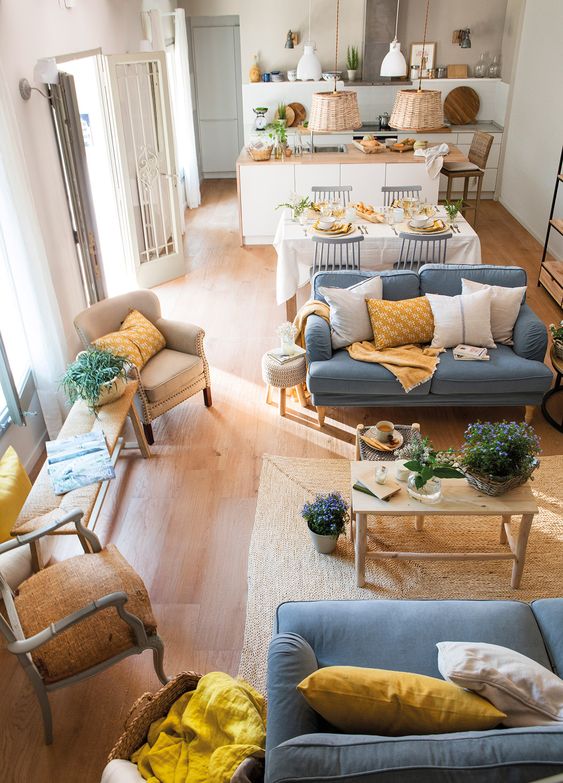 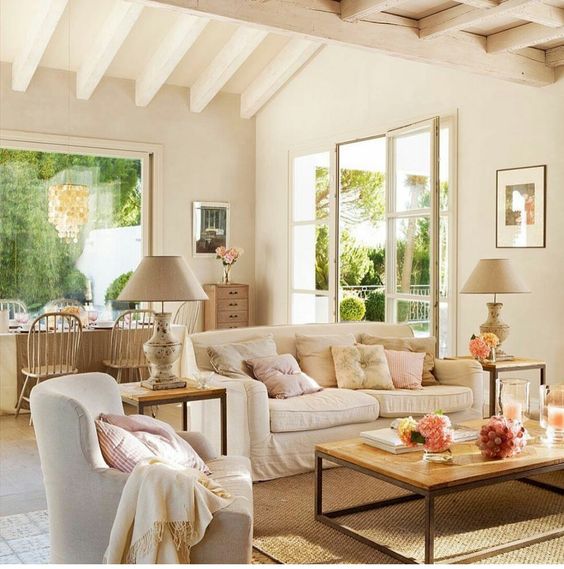 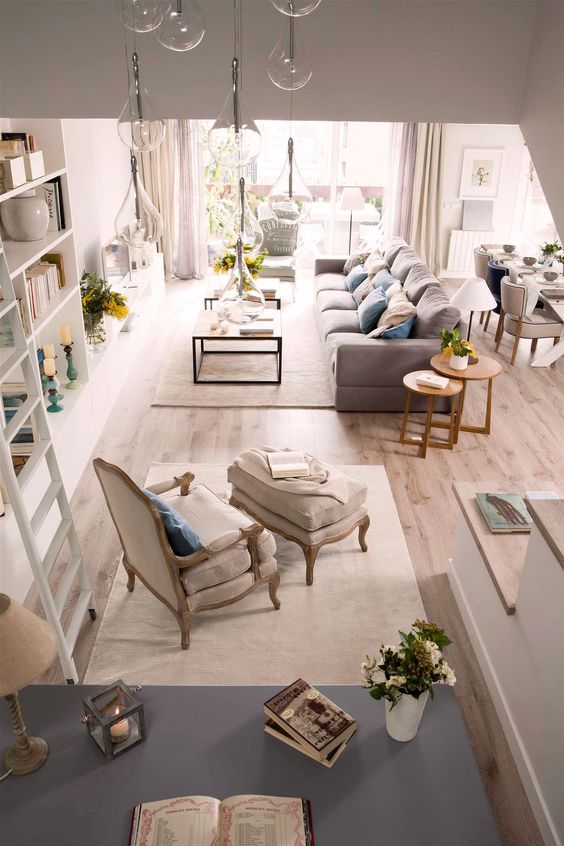 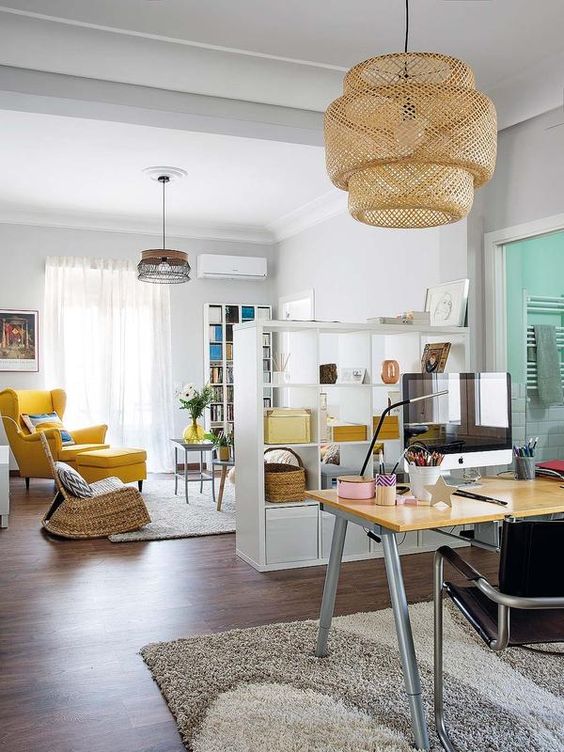 bright yellow touches in both spaces unite the open layout, which is still separated with a shelving unit 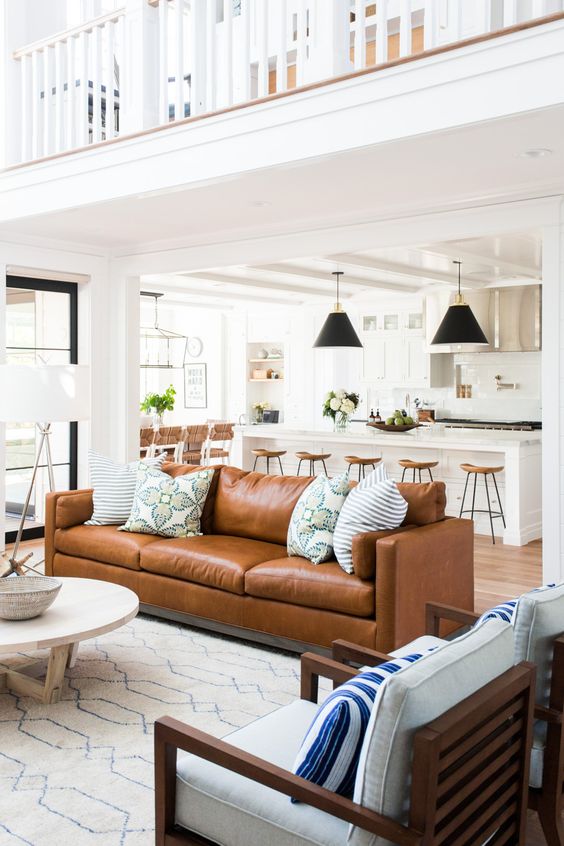 wicker, wood and leather of the same color tie up the living, dining and kitchen spaces into one 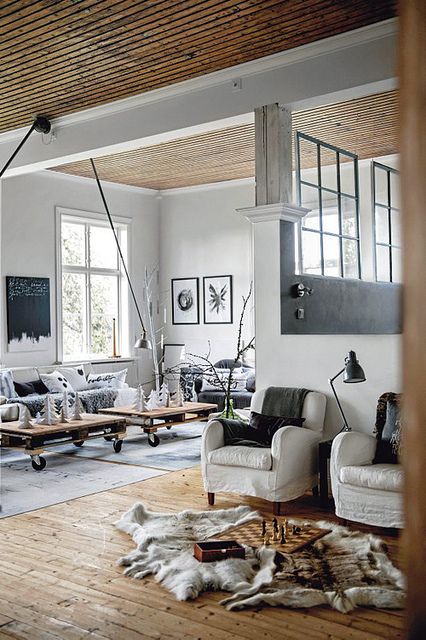 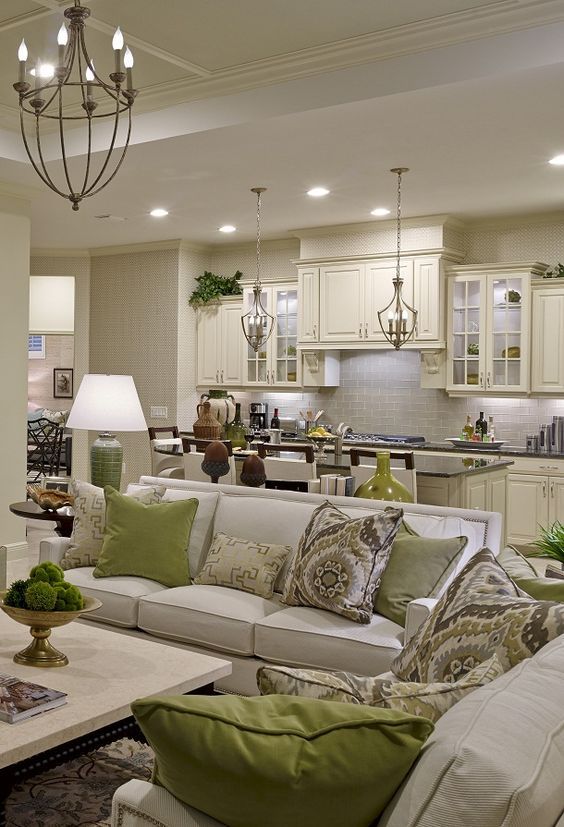 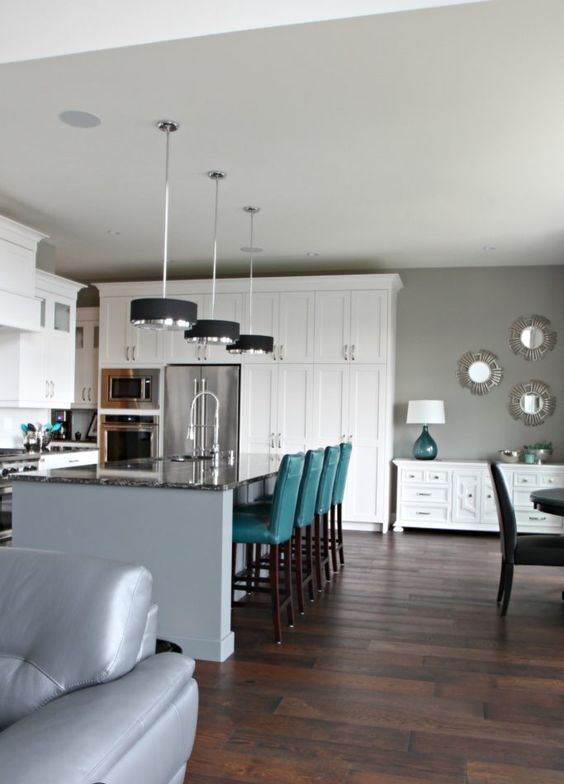 Light sources are a must for every space, and lamps and lights of the same style or even the same look will tie up the parts of the layout in one easily and will illuminate the spaces. Hang them over each space to illuminate each of them or go for several layers of light – one of the same look for each zone and others of different looks, for example, attach spotlights everywhere and then hang different pendant lamps in each space to highlight it. 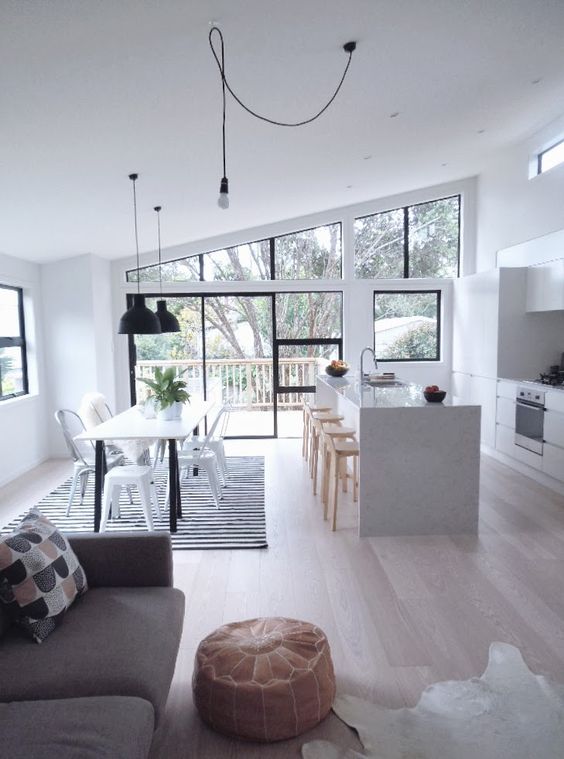 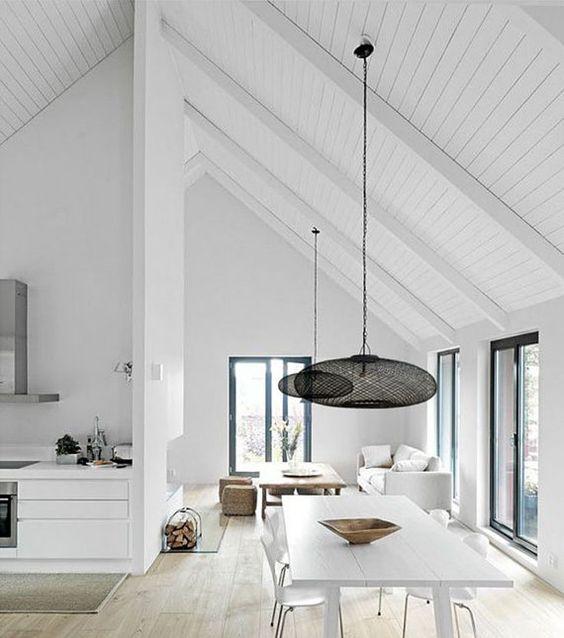 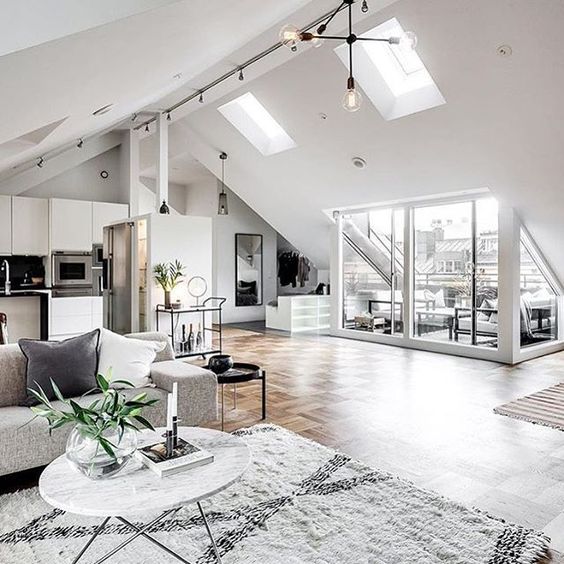 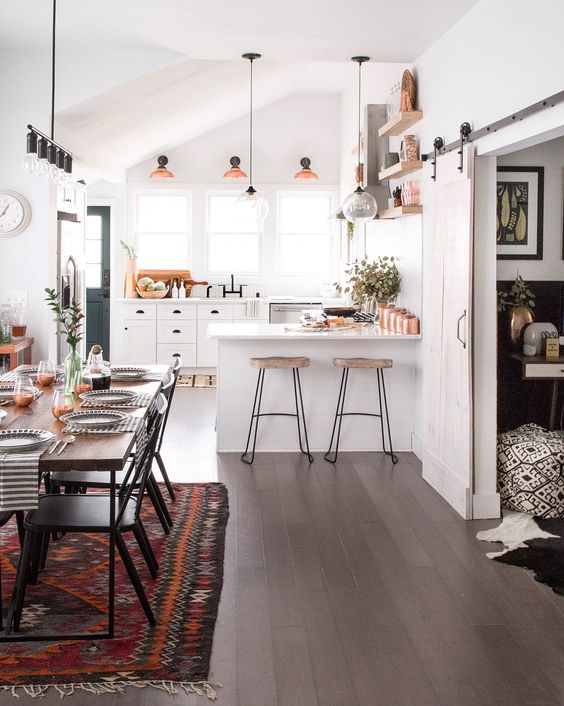 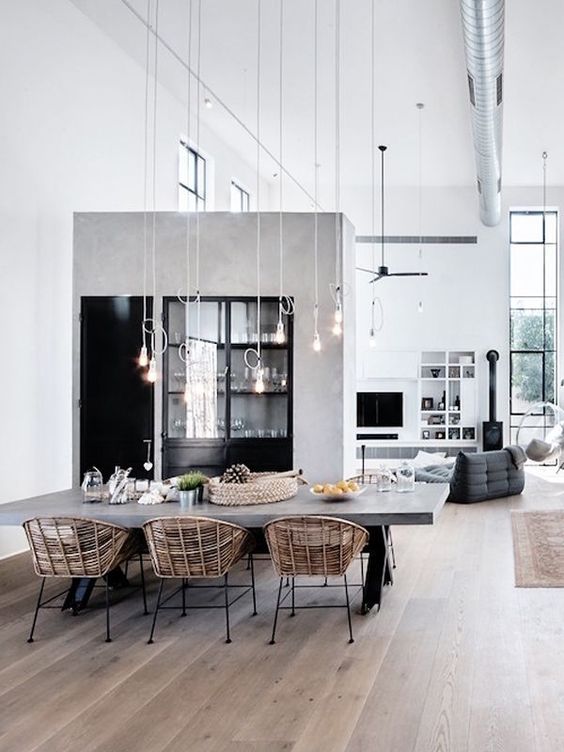 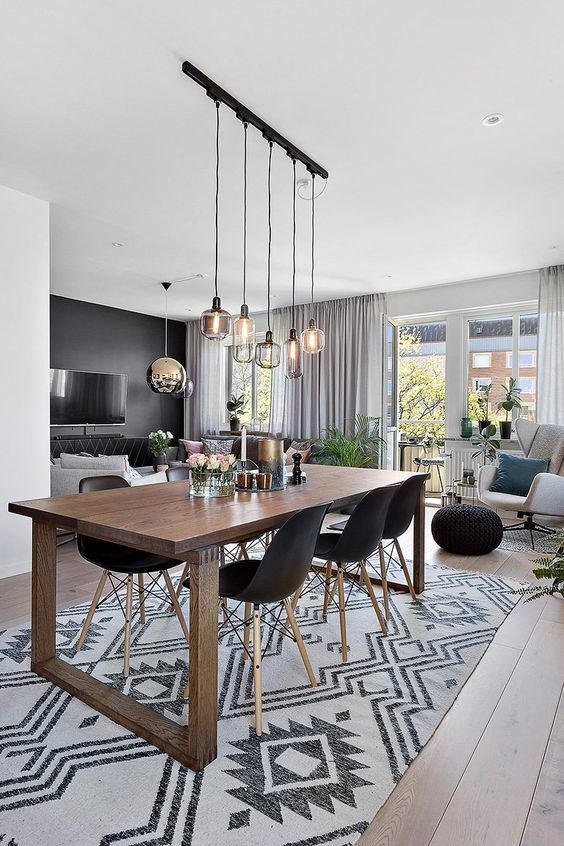