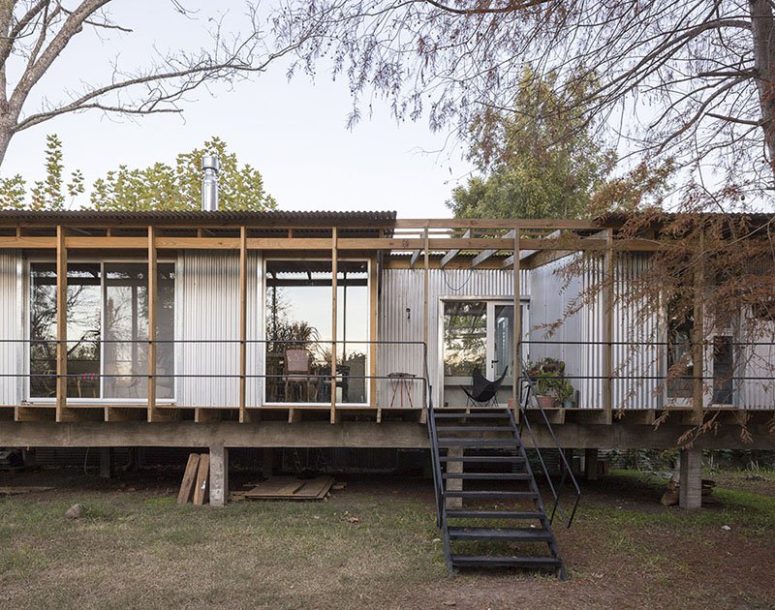 FRAM Arquitectos has developed the house longitudinally on the south side of the plot, taking advantage of its size and orientation. The plot is very close to the river, so it features a floor height located well above flood level. Three patios interrupt the continuity of the structure’s roof, in between which a large, preserved walnut tree and the staircase are inserted, while the third empty space coincides with the access hall and blurs the visual relationship with the neighboring house.

The residence’s service areas are placed on the southern end of the structure, while the main functions occupy the opposite, benefiting from the orientation and opening towards the land. Since there were no restrictions to access the lot with traditional transport, the separation of the house from the ground is solved with three reinforced concrete beams that support a succession of wooden structural frames and shafts, and refer to the typical palafitos of the delta islands.

The inner decor is simple and natural, with wooden beams and neutral shades. The furniture is contemporary and mid-century modern, with colorful textiles and some boho touches for more interest. The aim of the decor is maximal comfort, and the spaces are maximally opened to outdoors with windows and sliding doors that give access to the patios and deck on the platform. 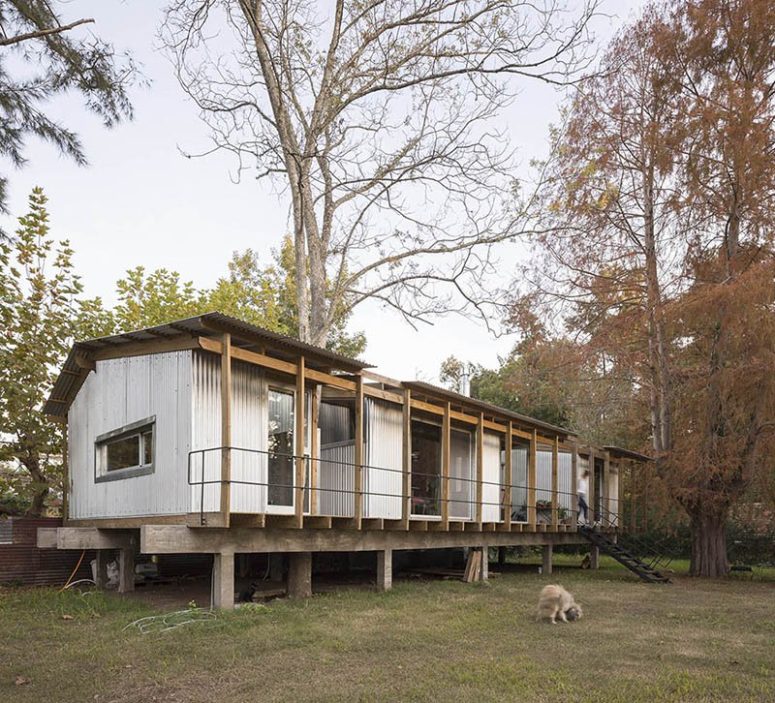 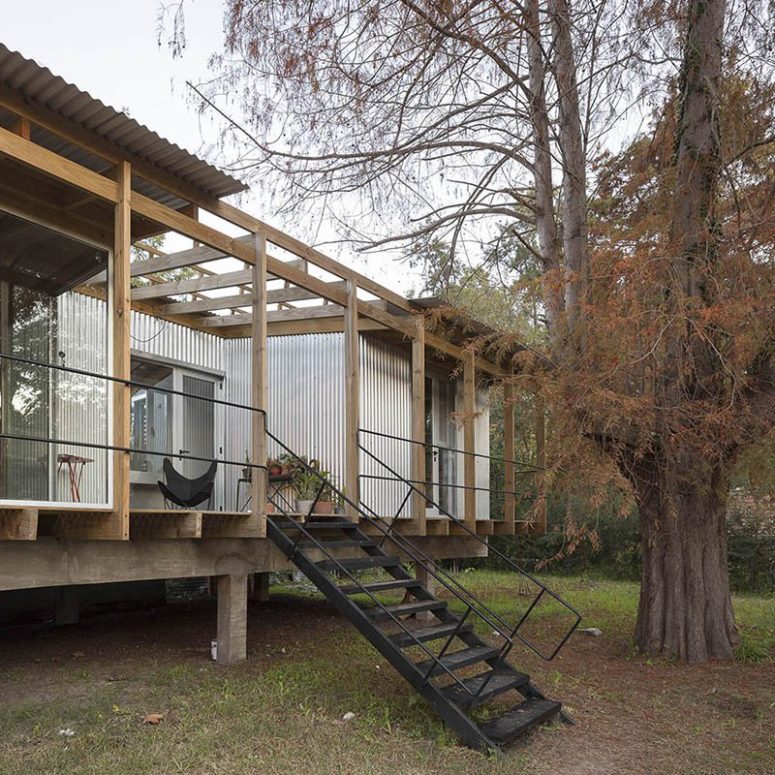 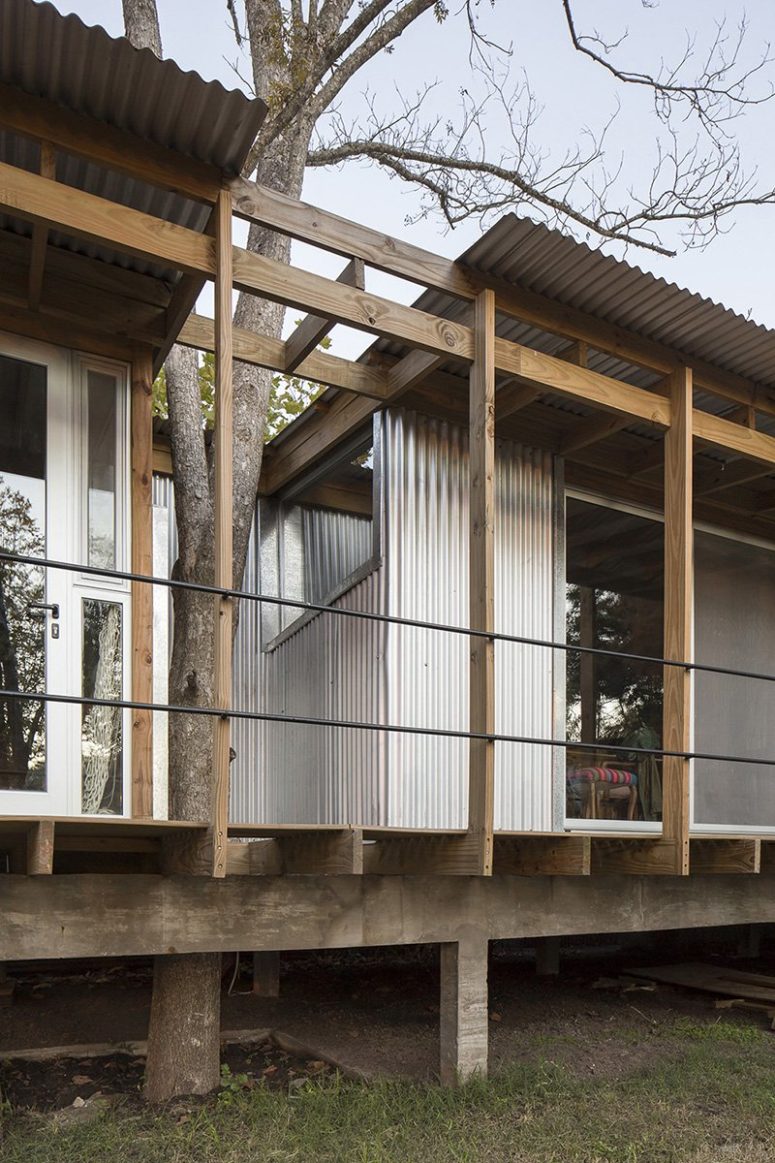 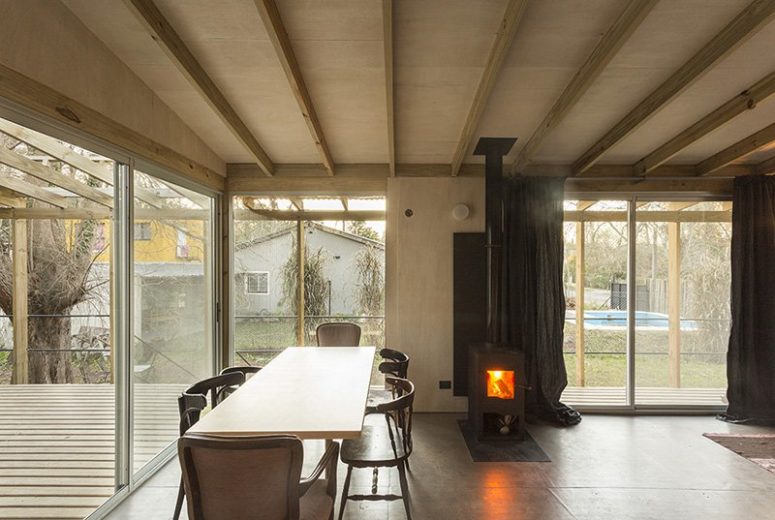 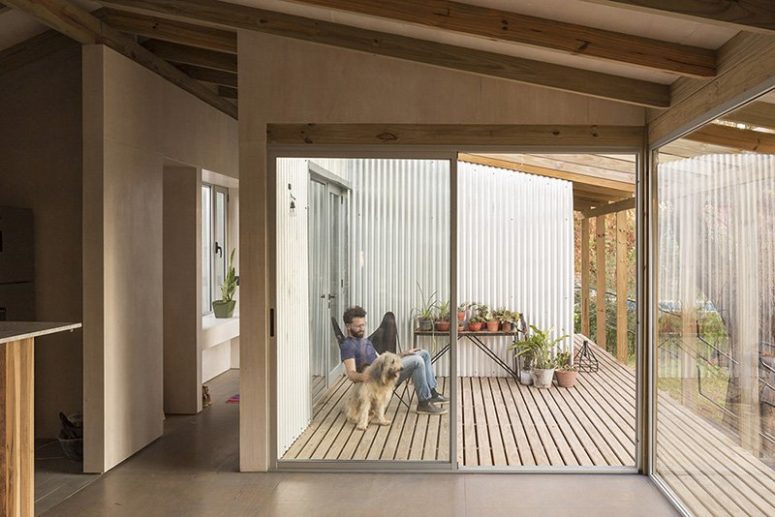 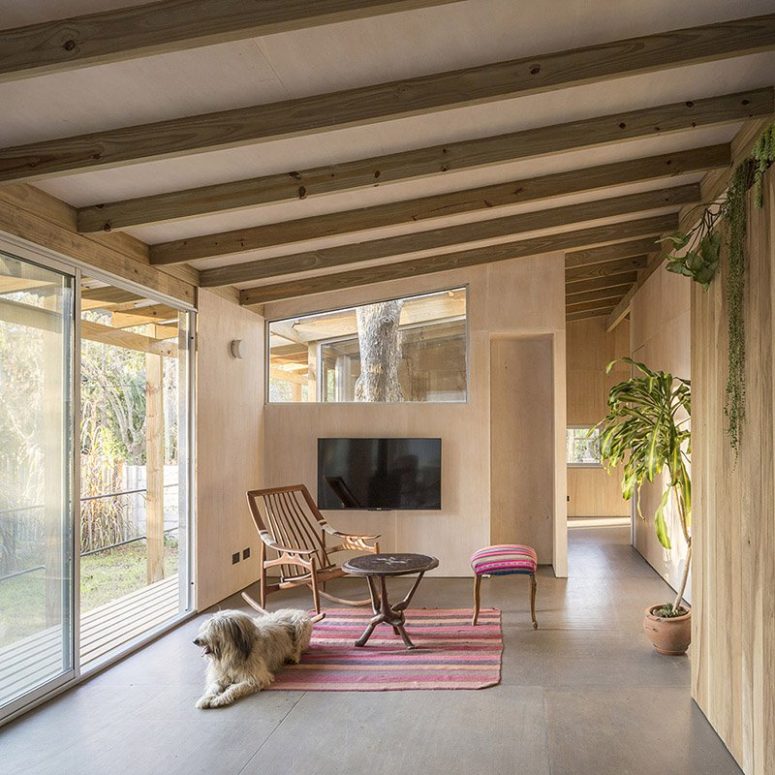 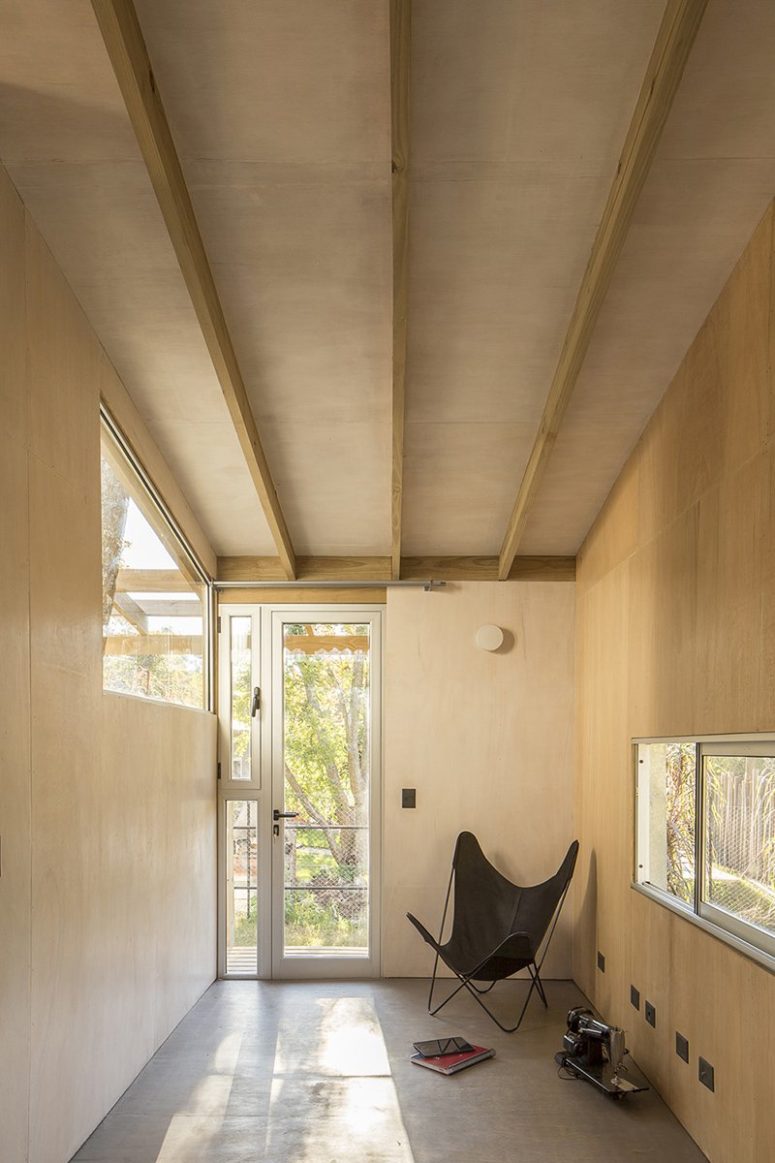 The materials used for decor are simple - wood, plywood, concrete and laminate, there are no colorful touches 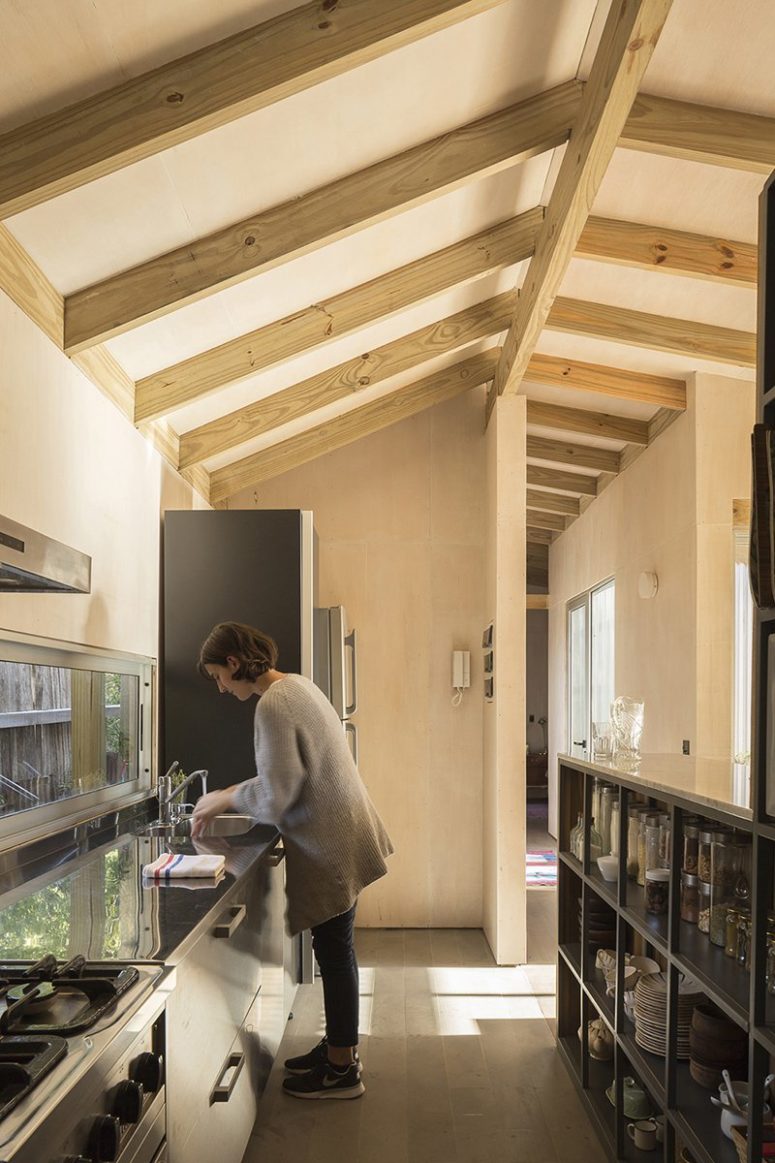 The house is livable, functional and very comfortable, eveyrthing is aimed at maximal coziness and comfort