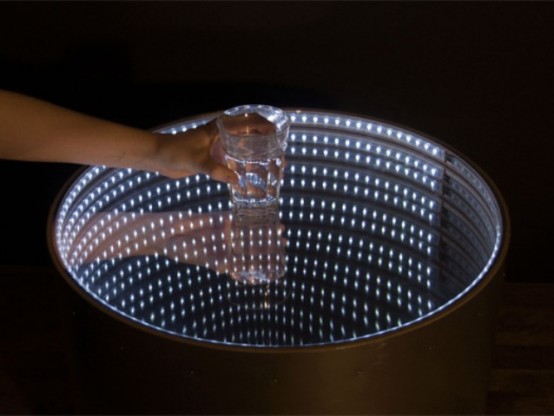 Louise-Anne van ‘t Riet’s Infinitum table is designed for people who never tidy up. Her Infinitum table is an Arduino-powered light table that turns on when items are placed on it, but turns off when they are removed. The illusion of infinite space is in stark contrast with the finite space most of us live in. The table has a piezo sensor switch which converts vibration to voltage, and when activated, lights up the LEDs. The vibration of an object being set on the table triggers the sensor. The piezo, as well as the LEDs, are both connected to an Arduino computer hidden under the surface, accessible through the underside of the table. 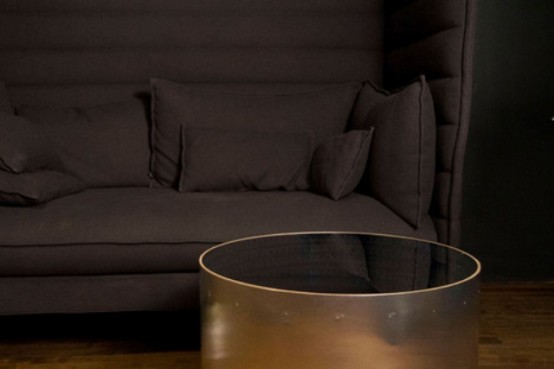 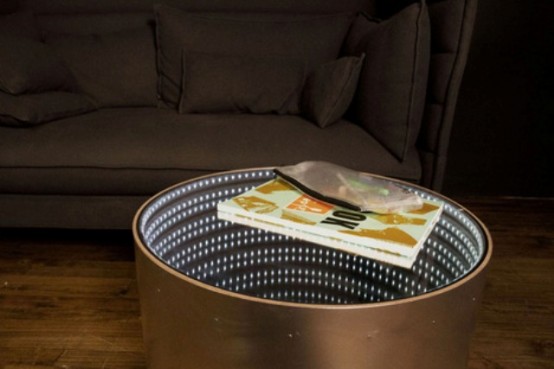 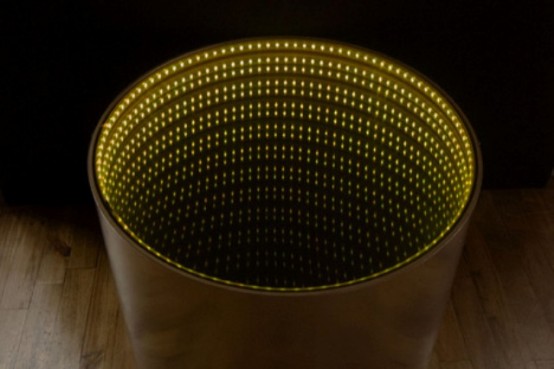 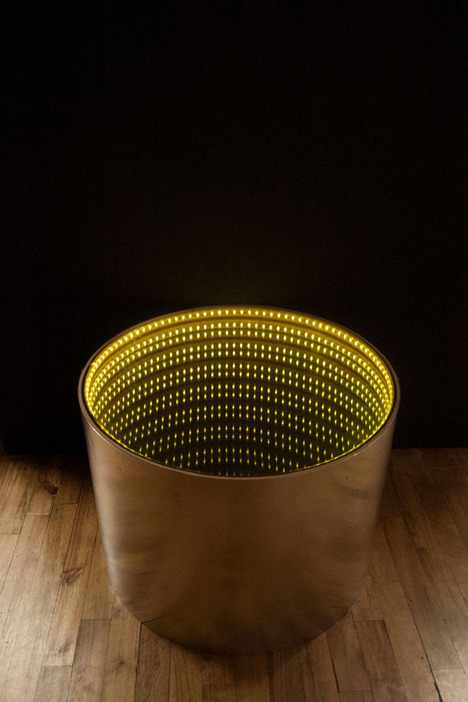 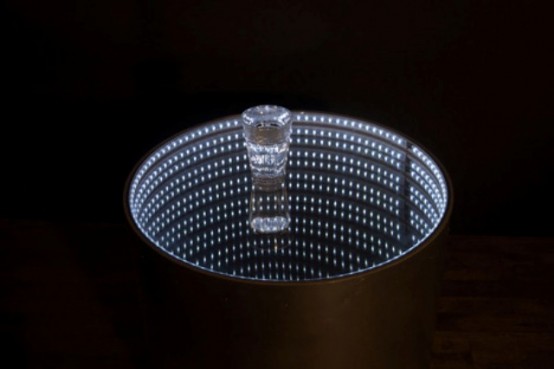