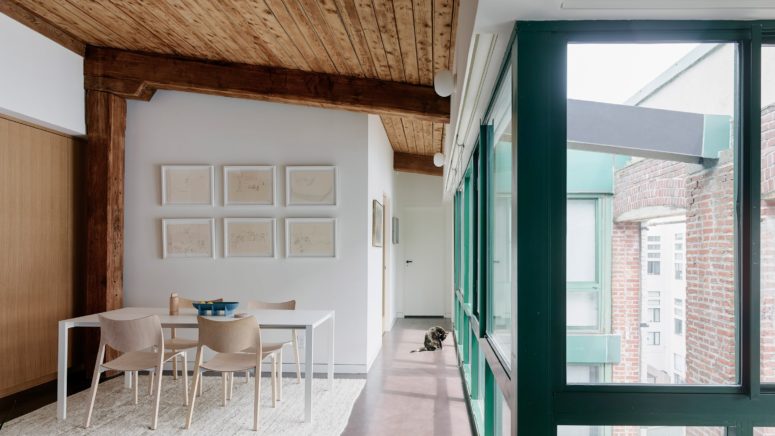 The Gowanus Loft occupies a portion of the top floor of a converted factory, once used to spin jute vegetable fiber into coarse threads. General Assembly wanted to retain the character of the apartment’s original features, but turn it into a brighter and more desirable home. They turned this apartment into a space with a clean, contemporary, yet raw feeling.

The first task was to reorganize the layout, which was preventing light from reaching some of the key spaces. The solution was to form an open-plan living, dining and kitchen space at one end. The kitchen was opened up to take advantage of the natural sunlight from the window-wall encompassing one full side of the apartment.

Private spaces including a bedroom, bathroom and office space are each enclosed at the other end of the property, with sliding doors used to conserve space where necessary. While stripping back the existing fittings, the designers exposed the chunky wooden columns and beams that support the pitched ceiling – also made from timber. The original wood and brick clad create a cool canvas for the modern furniture and boho accessories.

New additions include concrete counters and a black paperstone breakfast bar, with sides covered in grey tiles laid to form a chevron pattern – also used behind the sink in a lighter color. Hexagonal green-grey tiles on the kitchen floor also cover the bathroom walls, while polished concrete was chosen for the rest of the flooring. Brighter elements like rift white oak cabinetry work to further reflect the light and contribute to the feeling of open airiness throughout. I also like the idea of emerald window frames, which is unusual, adds a color splash to the interior and hints on the greenery all around. Get inspired by stylish pics below! 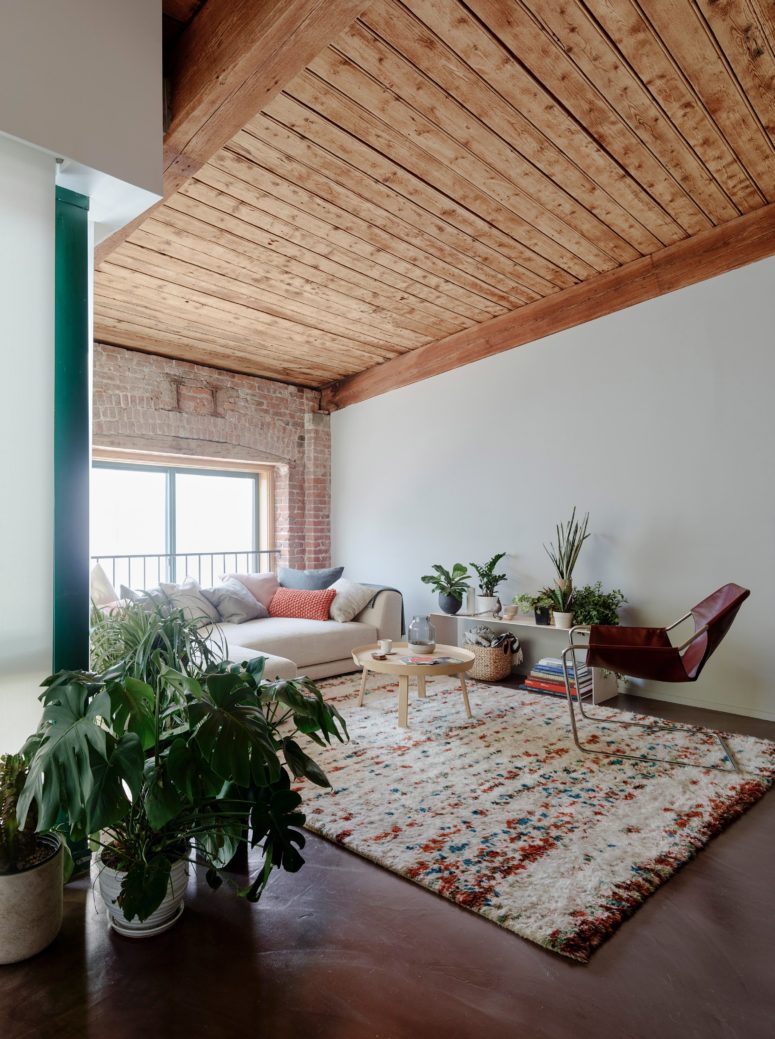 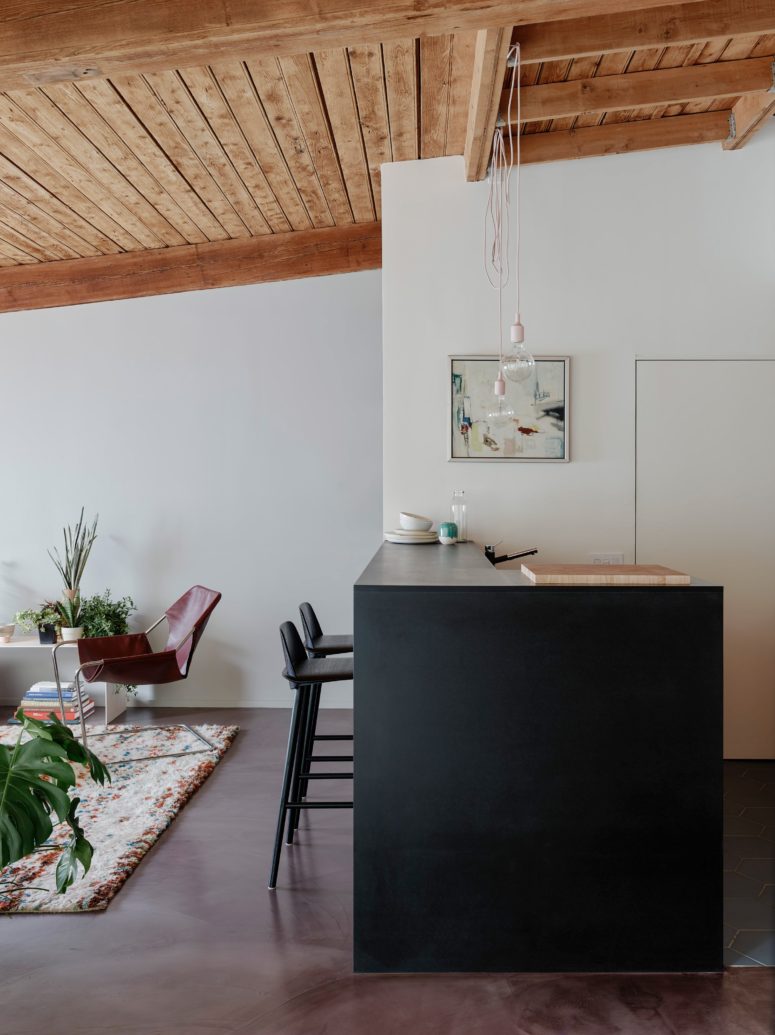 The interiors got a modern and boho feel with new furniture 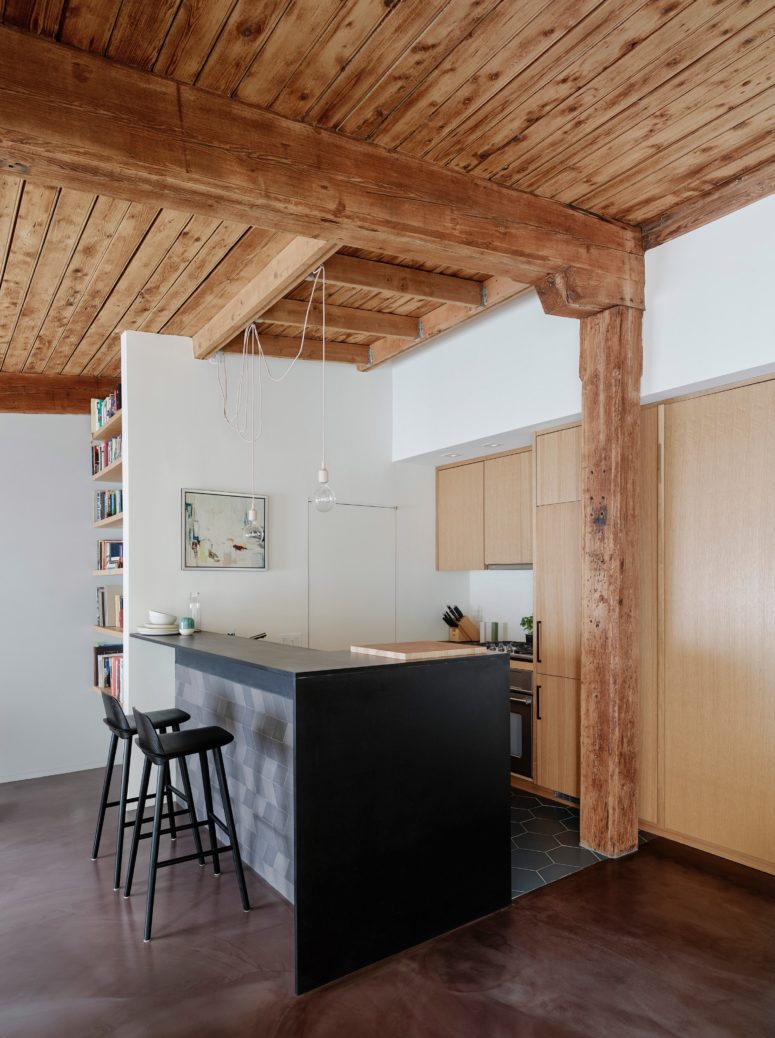 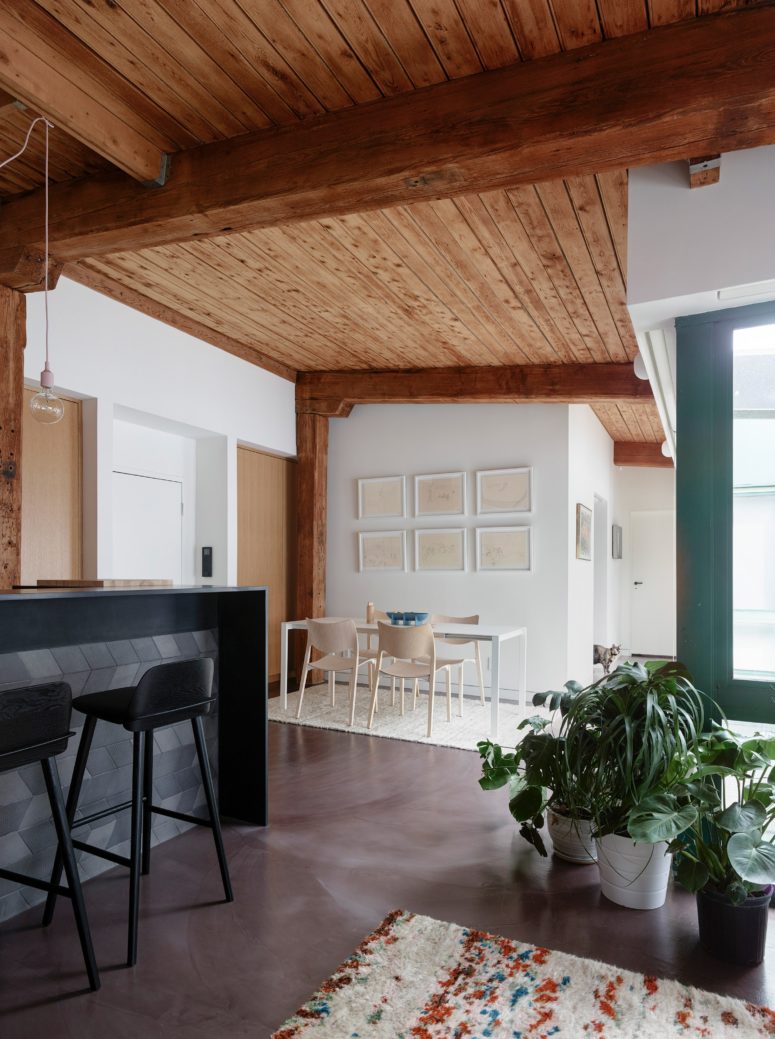 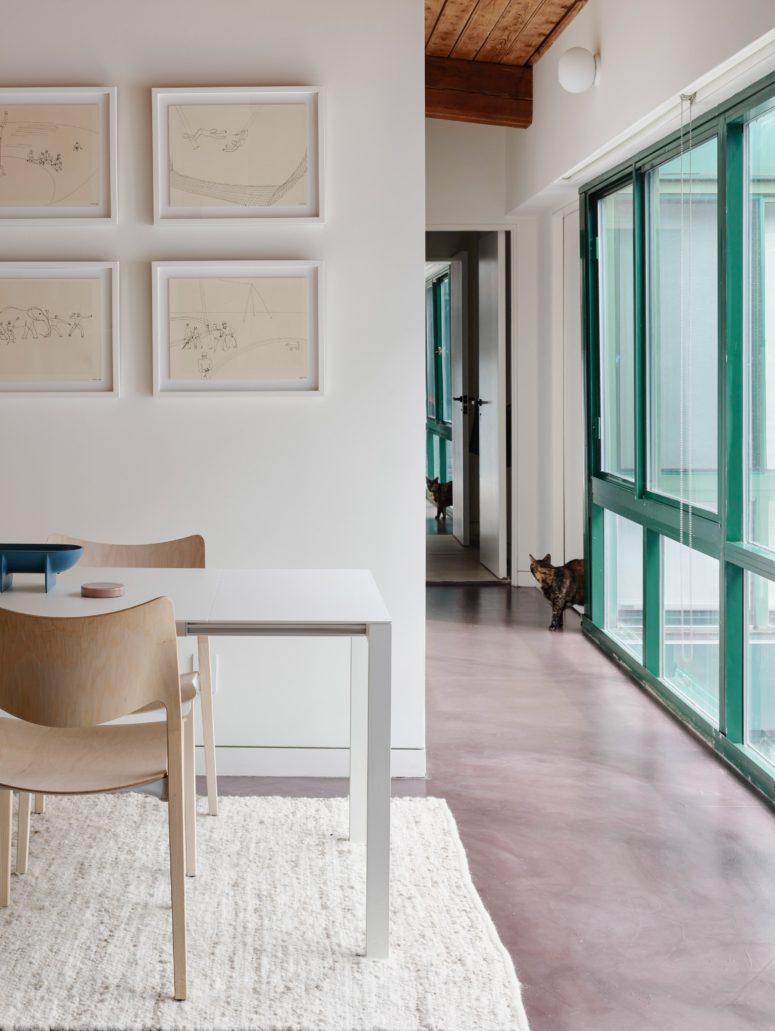 Emerald touches added color and hinted on the greenery outside 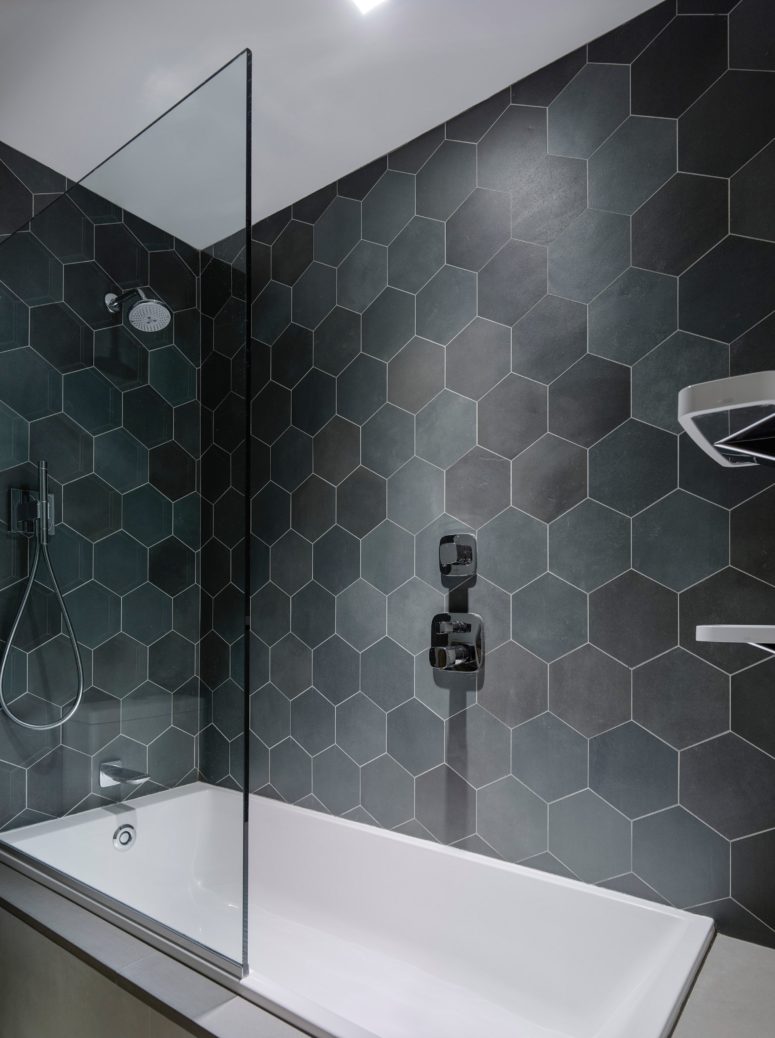 The bathroom was decorated with dark hexagon tiles, which are timeless and chic