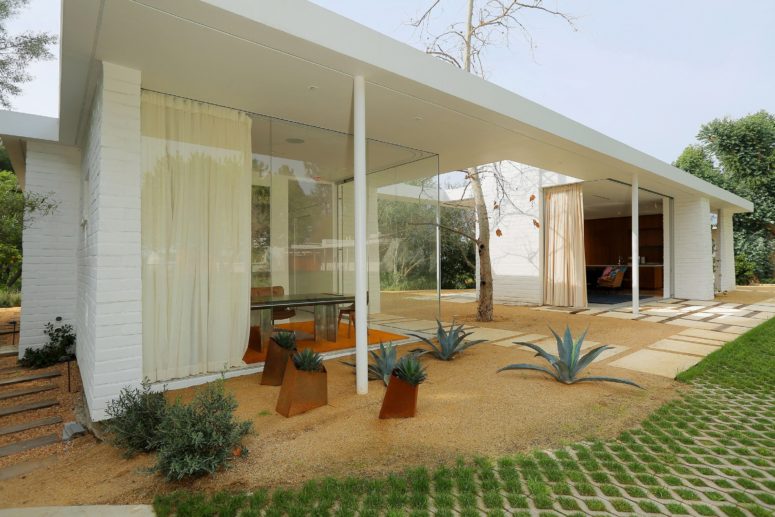 This house in the Hollywood Hills, by Los Angeles firm Struere, extends the indoor spaces to the exterior and changes the concept of modern living.

The single-bedroom residence was built on the same site as an existing house by modernist architect Milton Caughey. Its two volumes are connected by a central void in which a tree grows through a rectangular opening in the roof. The house is a composition of horizontal volumes and a void interpreted as a garden anchored by a tree.

The house opens the interiors to the outdoors and the views. It’s an open house, that engages with its garden and exterior spaces in an attempt to bring us together again with our natural surroundings.

The first volume contains the public areas, where an expansive glazed space combines kitchen, dining and living functions. The panels that enclose this space are fully operable, and allow it to be entirely open to the outdoors.

This area merges with the residence’s driveway, which is made with checkered pavers that allow vegetation to grow through them. The result is a green expanse that integrates with the landscape and leads to the house.

Across a covered courtyard, the private pavilion contains a bedroom, bathroom and small study. The bedroom enjoys ample sunlight due to its southern orientation, while the study is illuminated by light coming from the north.

Unlike many of the homes that were built during modernism’s heyday in the mid-20th century, sustainability was an important feature in the design of this structure. Examples of environmentally friendly features include the use of high-performance glass panels throughout the house and insulated cavities behind its brick facades.

The low-slung volume’s exterior was rendered entirely in white. The main structure is made of steel, and opaque portions of the facade were made using brick cladding that was painted afterwards.

The interiors give a clean, minimal feel, but are complemented by colorful accents such as wall-hung paintings and bright furniture. In key areas such as the bedroom and kitchen, entire walls were constructed in wood panels, which lend the rooms a warm atmosphere. 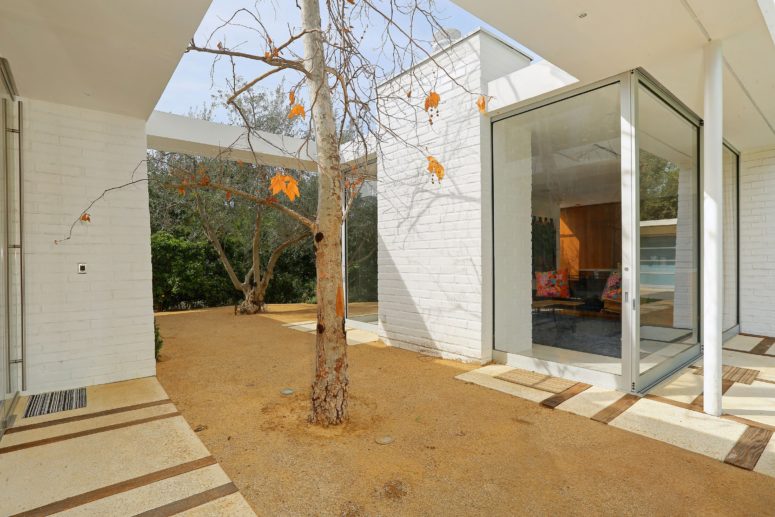 The house opens interiors to outdoors, it brings surroundings in 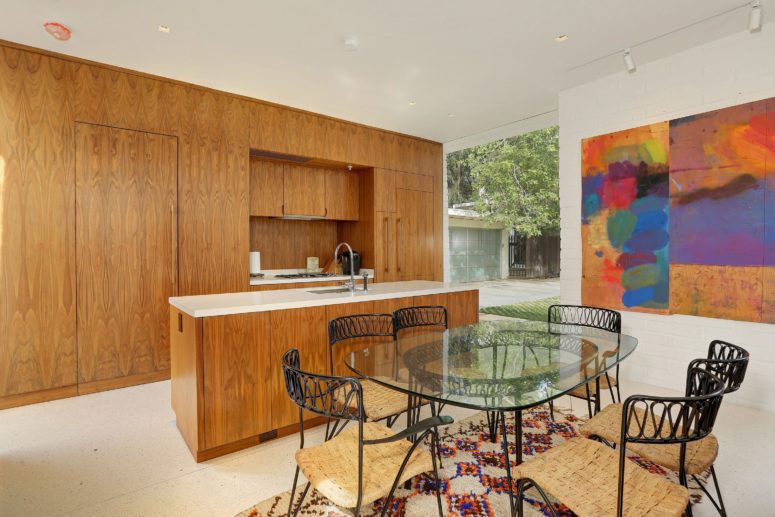 The interiors really show what mid-century modern is, they are full of bold colors and wooden accents 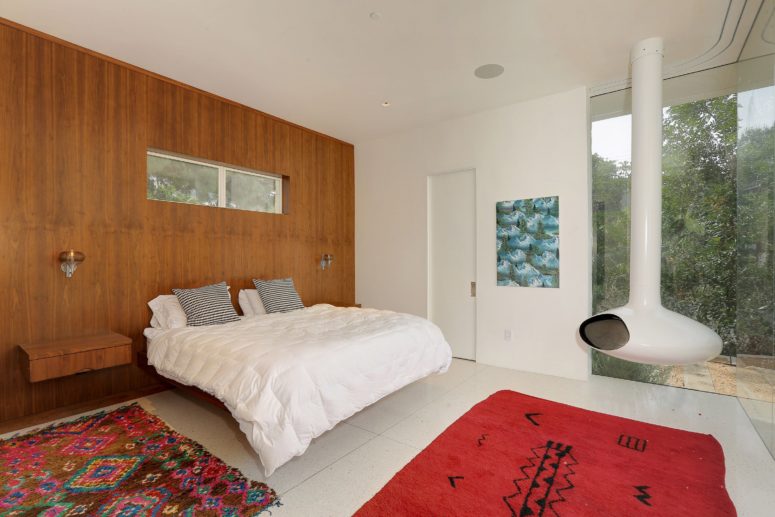 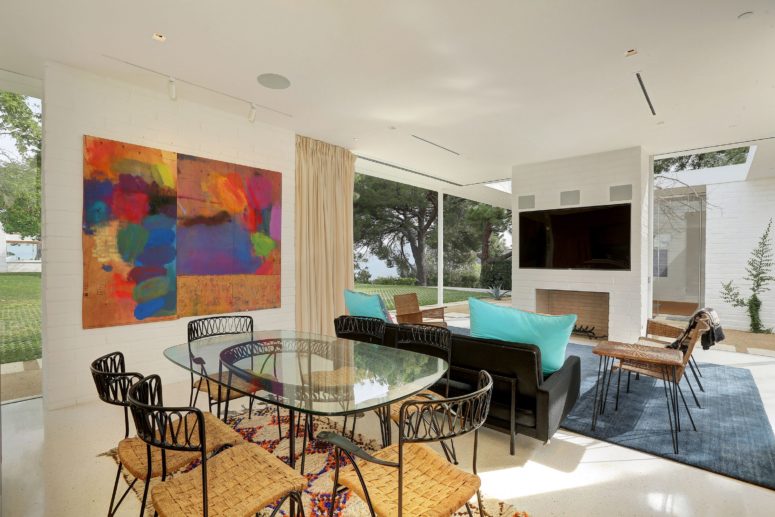 Extensive glazings make you think that you are outside 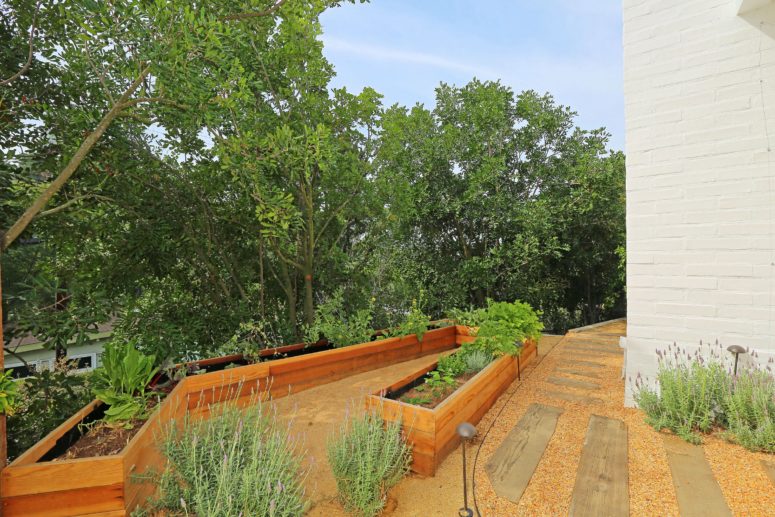