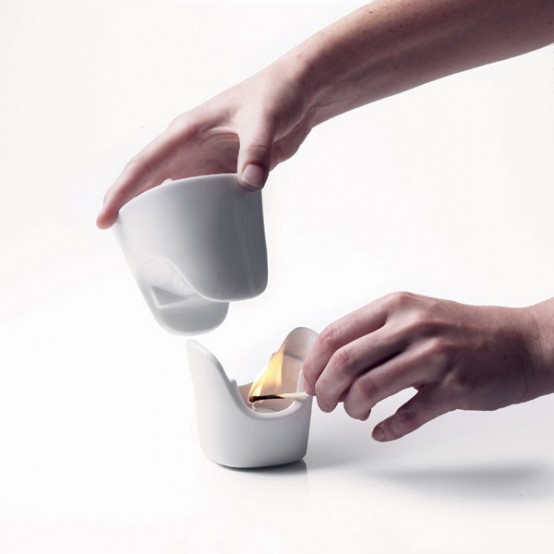 Making fondue is a process for time spending with friends which some people become fan of lately. It could be a great desert or appetizer depends what kind of fondue you are making. Desert fondues are usually consist of melted chocolate where people can put small pieces of different fruits. Although after some time you can become addicted to such kind of desert. There is only a small problem – fondue usually is for many people.

Dutch designer Jakob Wagner come up with a nice tabletop appliance which could solve the problem. It’s personal fondue which isn’t much bigger that a simple cup. Some people think that Jakob is one of Scandinavia?s foremost designers at present and probably they are right. Thanks to his concept we could now buy such personal fondue from Menu (Scandinavian producer).

The chocolate in such fondue is heated by means of a tealight placed in the lower part of the cup. The upper part is constructed like a thermo cup to keep the chocolate liquid without burning. You can buy it here just for £30. 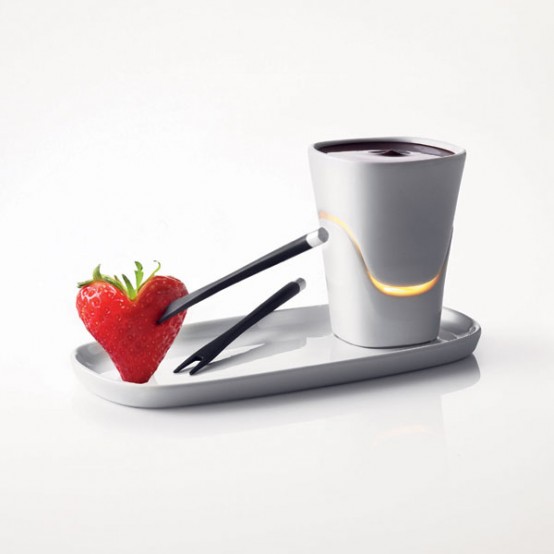 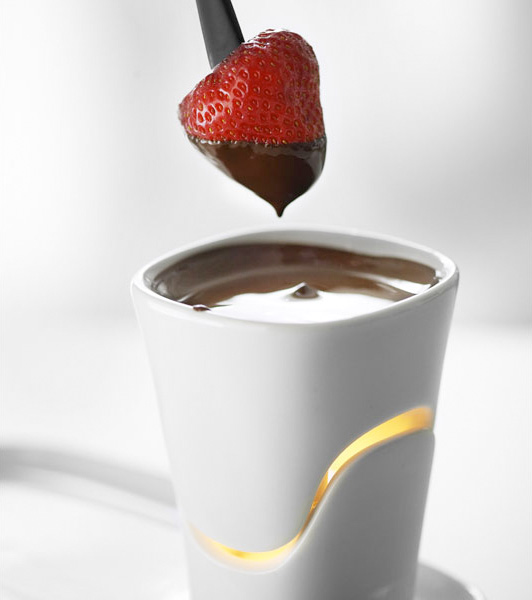 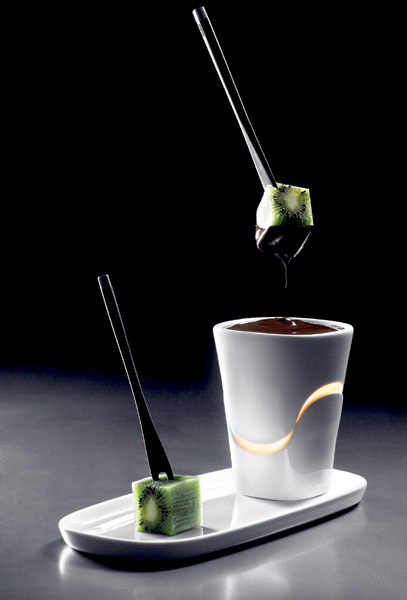 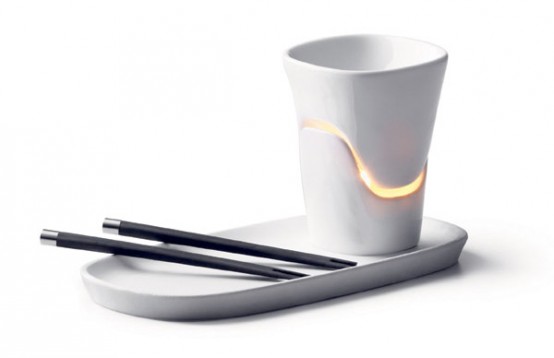