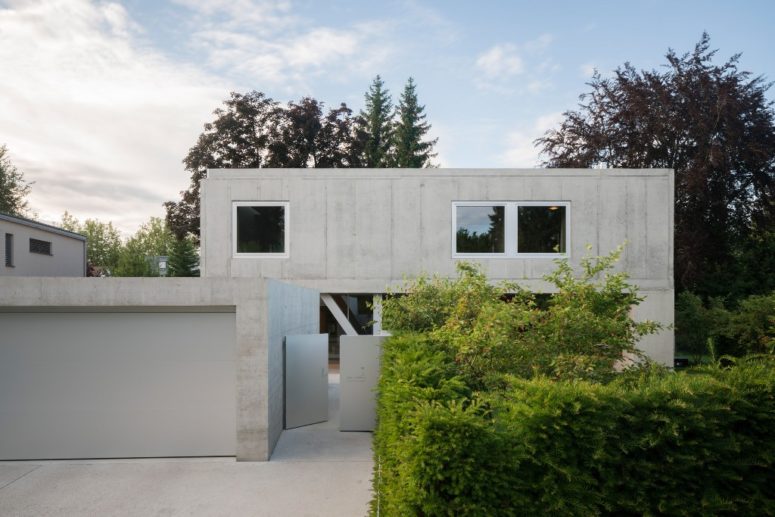 This house is called UF Haus, it's made of all-raw materials, where concrete is the main one

This house is called UF (unfinished) Haus and it was built by SoHo Architektur in Bavaria, Germany. This is a concrete house with an unfinished facade and a cantilevered upper storey – all the materials used for the project were left in their raw state.

Split across three levels including a basement storey, the house and accompanying garage are placed centrally on its plot. The upper level of the house is cantilevered over the ground floor supported by an acute V-shaped steel beam. Below, a wall of glazed sliding doors opens out to a patio. The exterior and interior walls are made of unclad concrete with a smooth surface.

Inside the house timber accents create a warm contrast to the
. Wooden shelving units in the ground floor library double as partition walls, which the studio extends to clad one concrete wall of the living space nearby. The decision to use a limited material palette was also made to support traditional craftsman, which are declining in number in the country. The neighborhood’s strict building regulations also informed the design. Located in a neighborhood of single-family homes, UF Haus was restricted to a height of two storeys and a three-meter-wide perimeter to the adjacent houses.

Three large square windows on the first floor penetrate the concrete facade, lined with the same light-grey steel of the structural beam. The living space at the back of the house acts as the central core. A large strip of glazing on the northern facade brings light into the double-height room, where timber frames the opening to contrast the concrete.

The studio designed gardens to surround the residence, each with different qualities. An open garden sits near the entrance, in front of the garage, while more intimate outdoor spaces are found to the northwestern side of the house. Rectangular concrete troughs, influenced by Japanese gardens, hold potted plants and small trees. 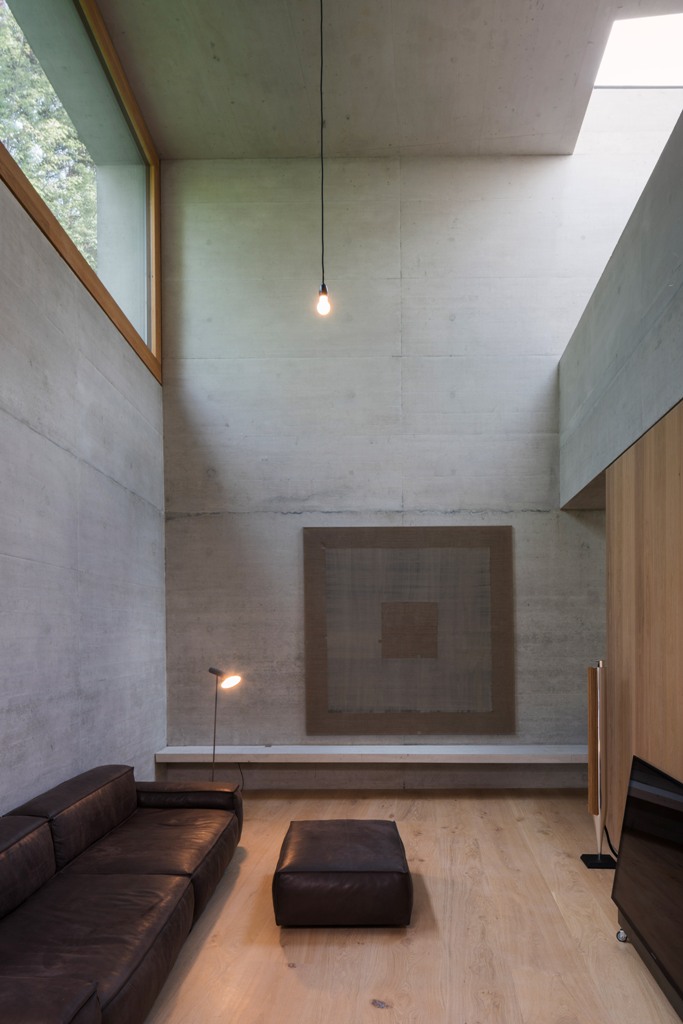 The living room is done with raw concrete, wood that softens the look and leather furniture 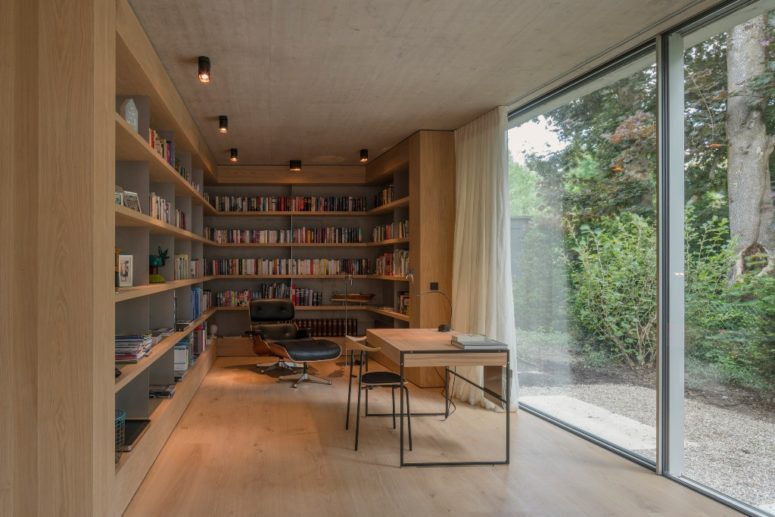 The home office is done wit a large bookshelf unit, a leather lounger and a desk with a chair 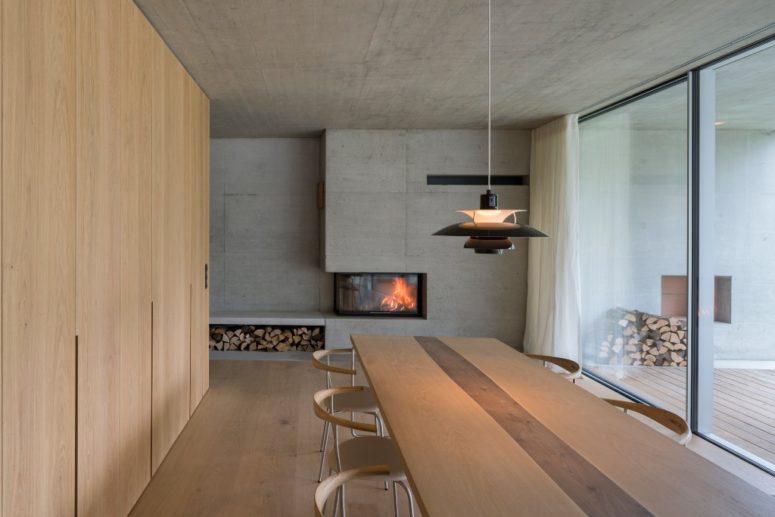 The dining space was done with a fireplace, a firewood storage unit, contemporary furniture and there's an access to the terrace 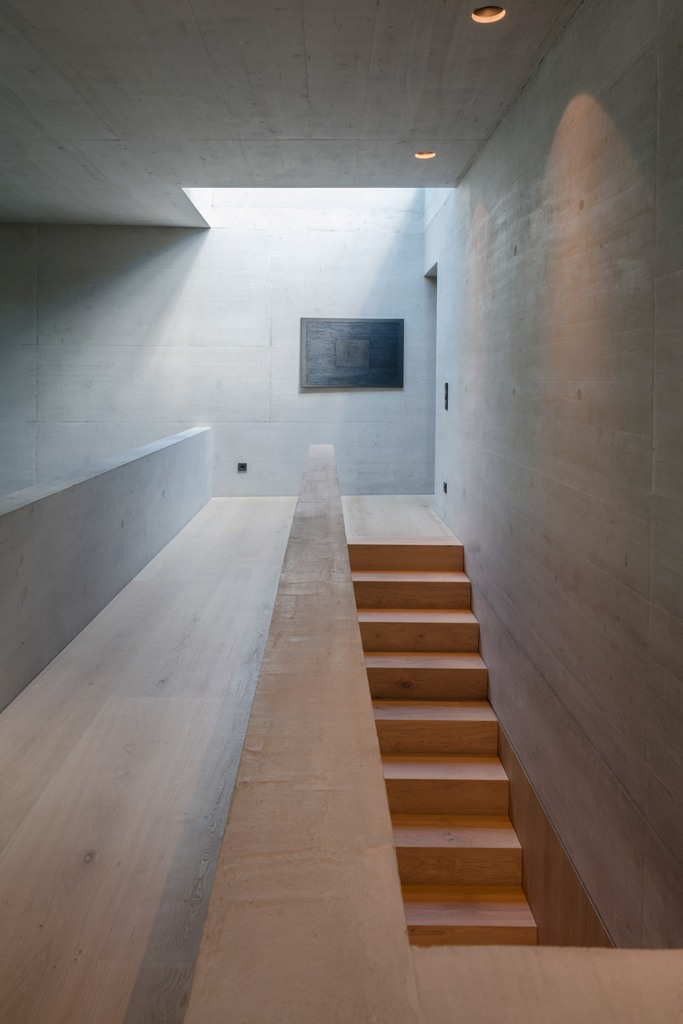 The house is decorated in minimalist style, it features much negative space, which is a good idea to feel comfy and at ease 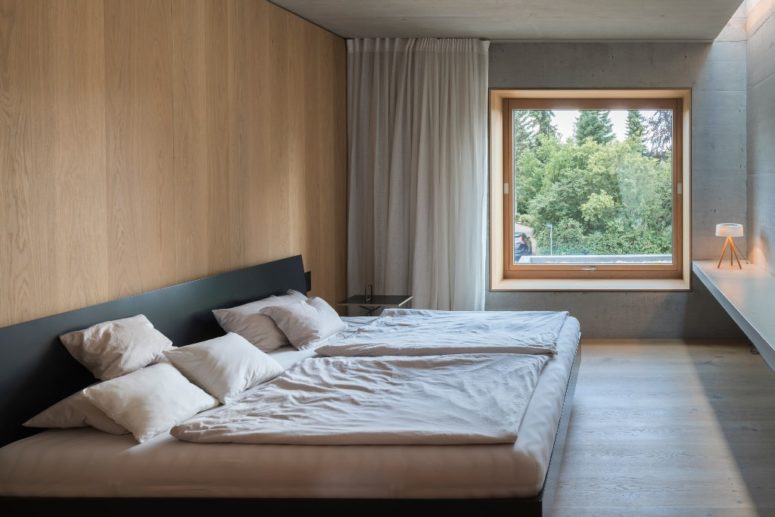 The bedroom is done with a black bed, some nightstands and a floating table 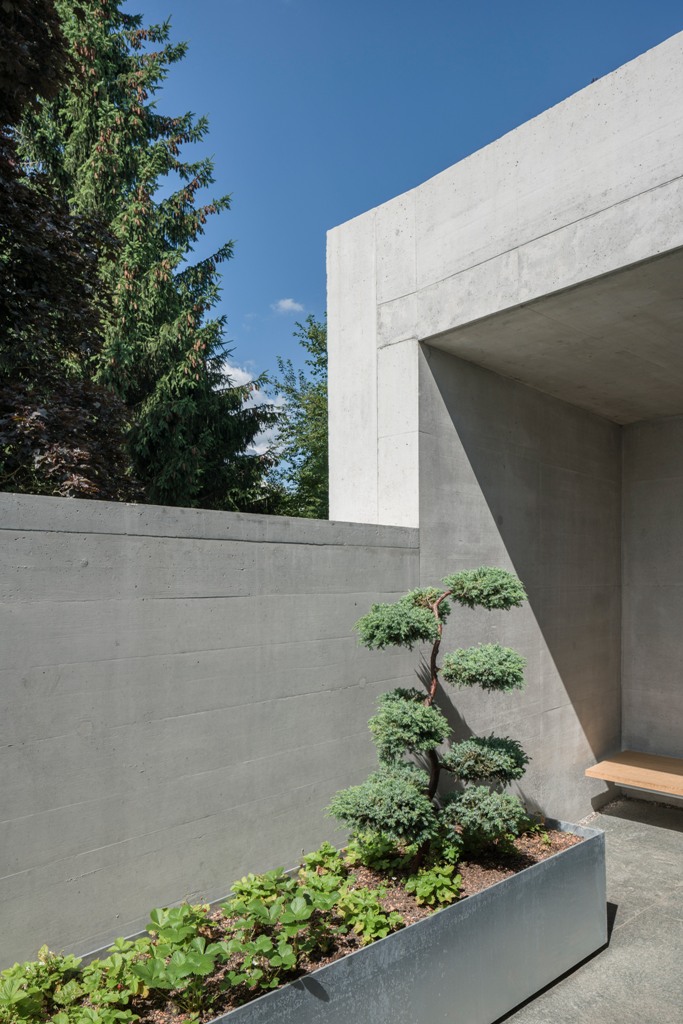