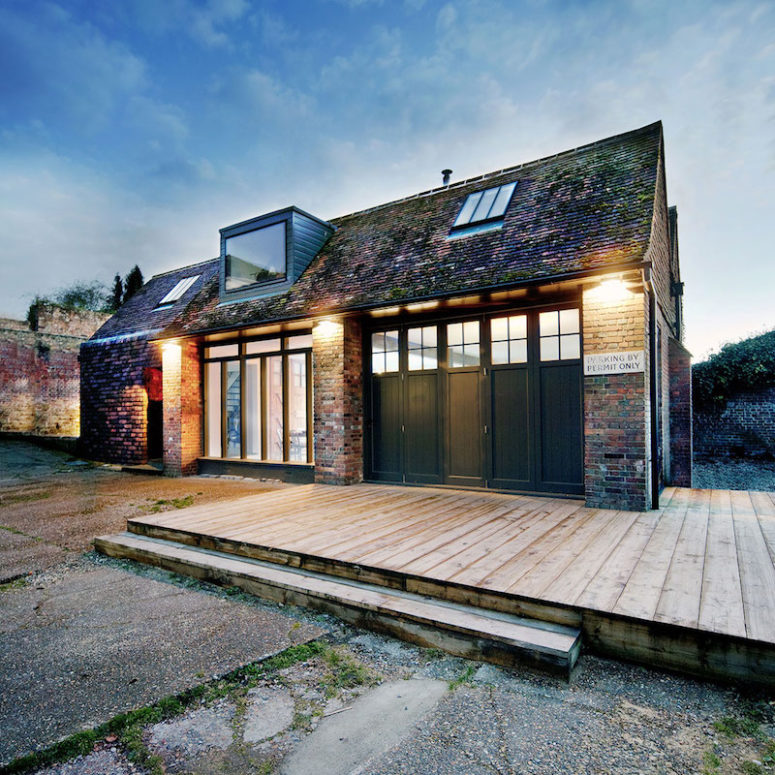 The extension was designed to replicate the original architecture

This is St. John’s Ambulance, a charming residence in Conduit Hill, in Rye, England. The original structure present on the site was built in the 1970s and an extension was recently added by Martha Nowicka & Co.

The extension was rebuilt and designed to match the original structure. It has a pitched roof and is clad in local handmade clay tiles specifically selected to match and complement the original tiles on the building. The original extension served as a garage.

The new design is meant to form a bridge between the past and the present, hence the eclectic style. The interior is organized on two floors. The ground floor features a huge open plan that includes the dining area, kitchen and living space and together they measure 780 square feet. This zone was created by removing a central wall that originally divided the space in two sections.

The three functions that share the open plan are organized around a central wood-burning stove that stands on a large concrete platform which enough space for firewood storage. The double-sided stove serves as a divider for the spaces.

The kitchen is designed with a counter and backsplash made of Carrera marble. They are complemented by wooden cabinetry with a simple and raw finish as well as by a brushed stainless steel island which can be used as a bar. The island doubles as a divider between the kitchen and the dining area.

A series of exposed brick and wood-clad accent walls maintain cohesiveness throughout the residence. At the same time, the staircase establishes a smooth transition between the lower and upper floors.

The upper level is where the private rooms are situated. Here there’s a set of bedrooms with angled ceilings, wooden partitions and doors and brick accents. The windows are small and flush, designed to preserve the original architecture of the building and to emphasize its rustic-industrial character. The master bedroom is the only one that has a triangular window. It offers a panoramic view of the surroundings.

The bathroom is quite small but also really bright thanks to the way the mirror and window are facing each other and the overall white and clean decor. 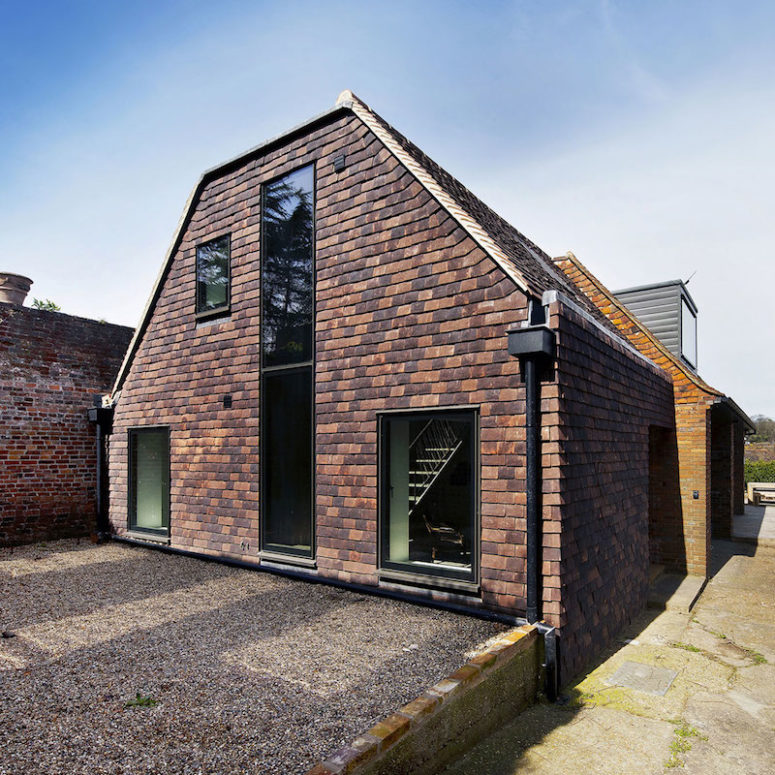 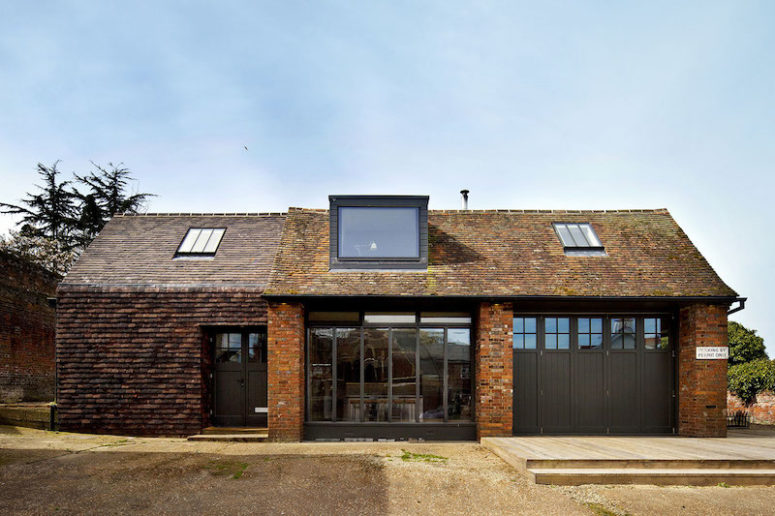 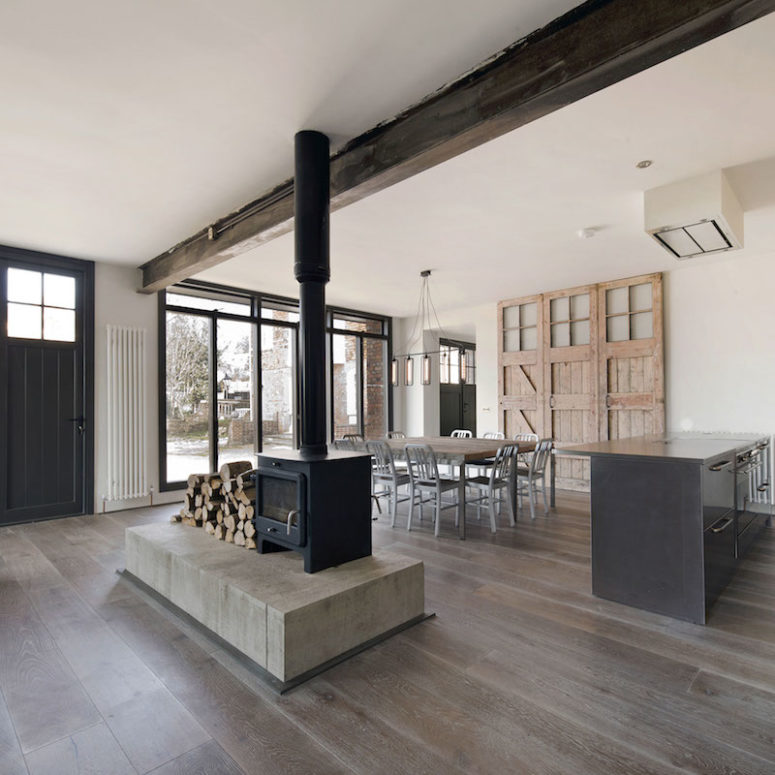 The kitchen, dining and living space are united in one open space filled with light 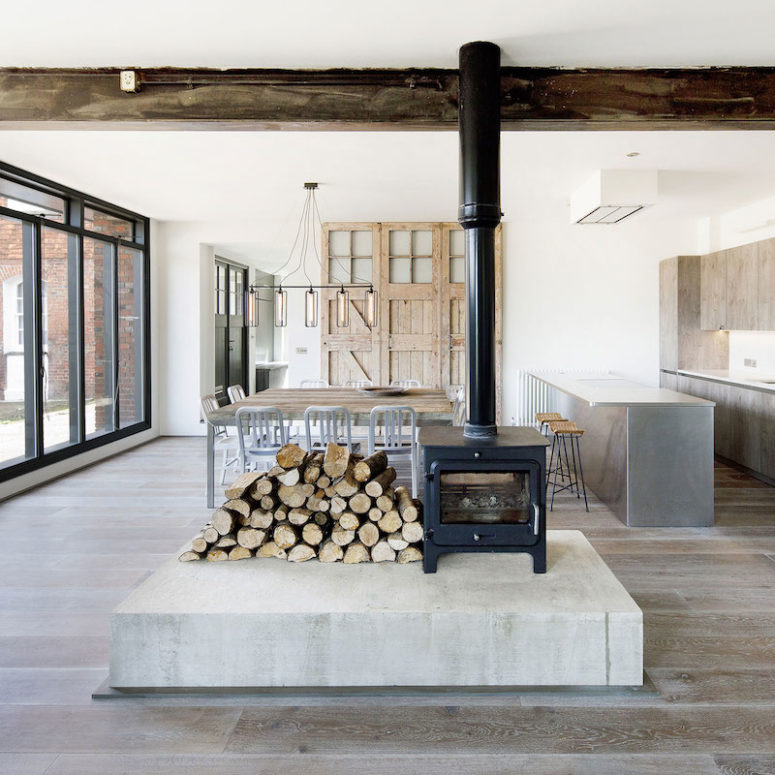 A hearth in the center divides the space into zones 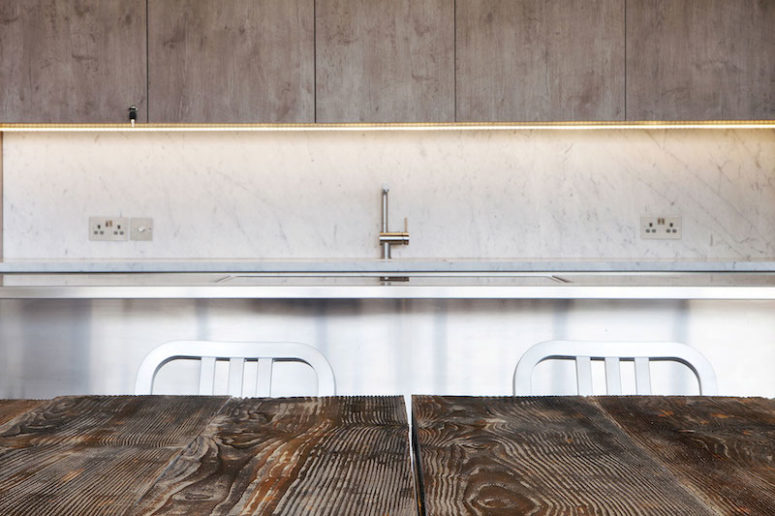 In the kitchen, white marble is combined with natural wood 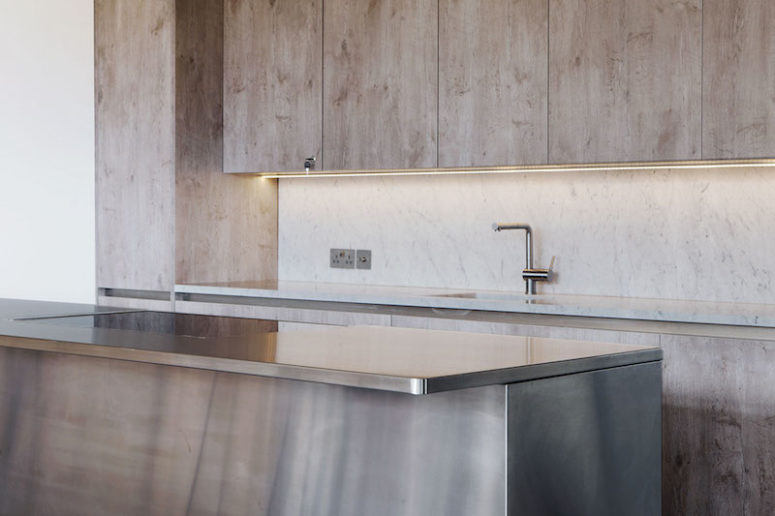 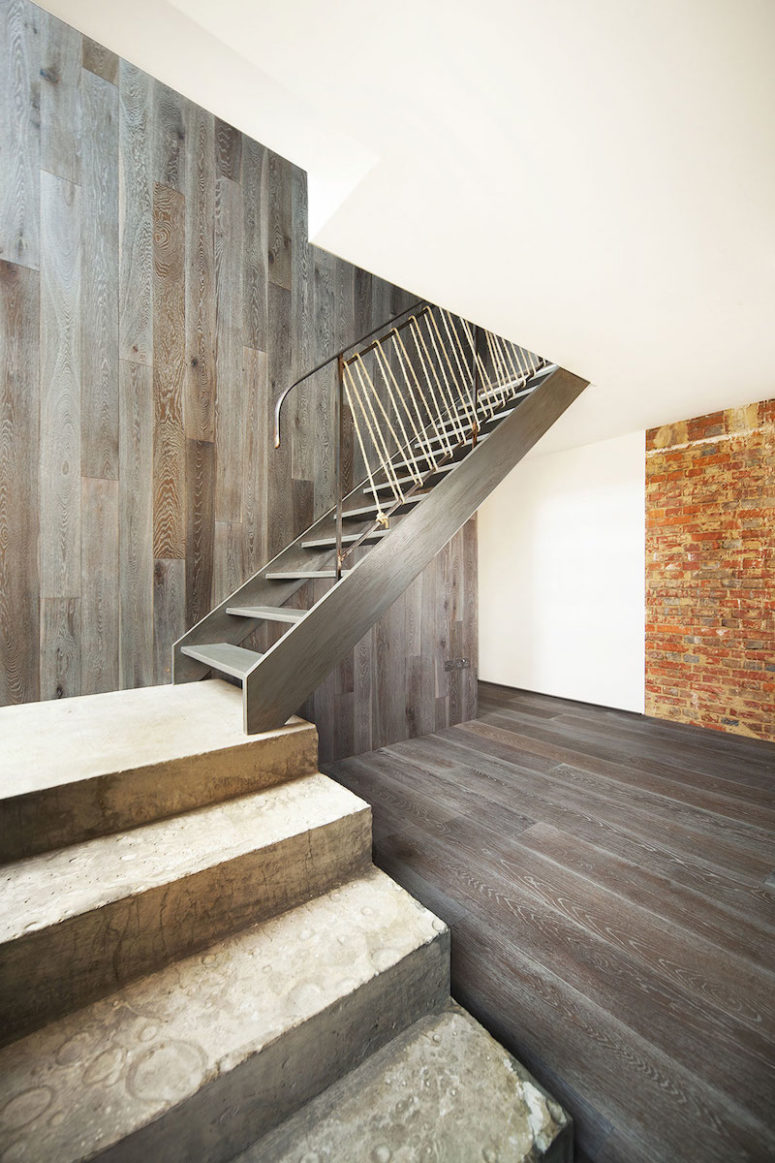 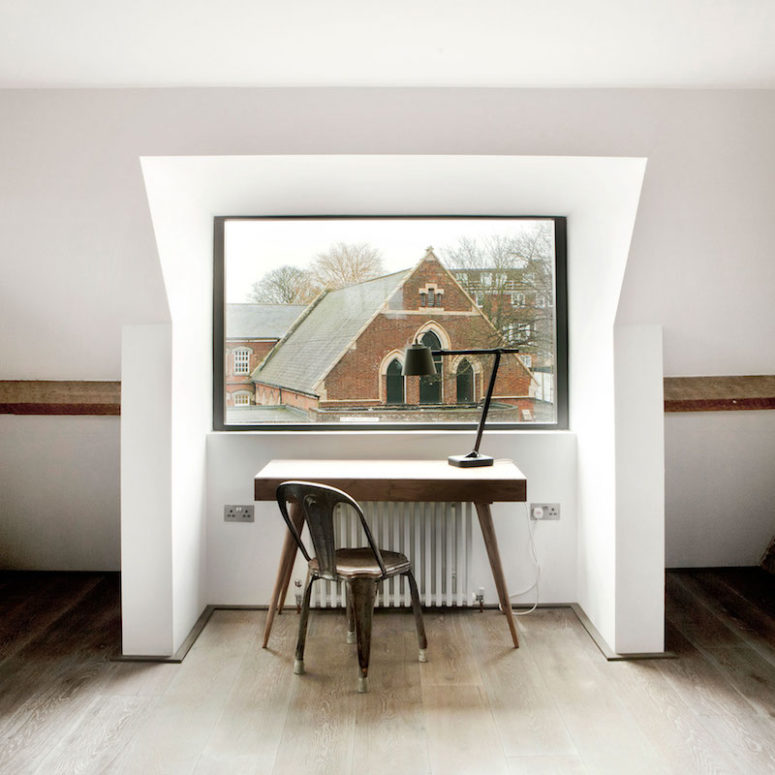 The central window on the upper floor forms a small nook 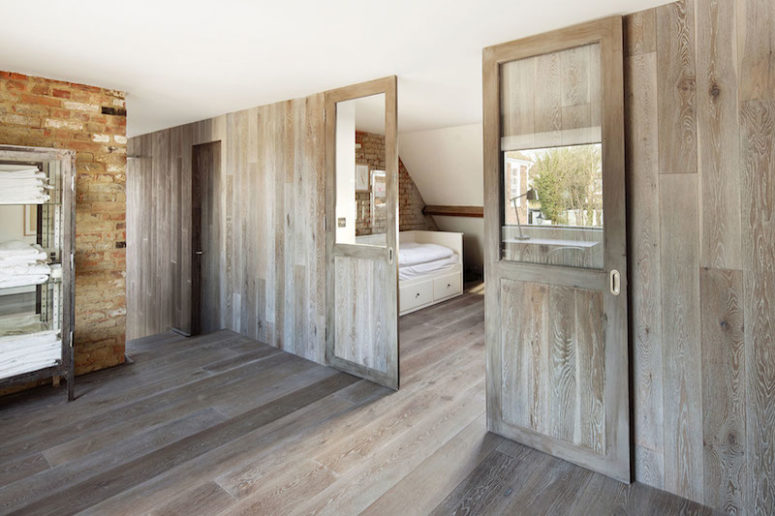 The bedrooms are separated by wooden partitions that match the floor 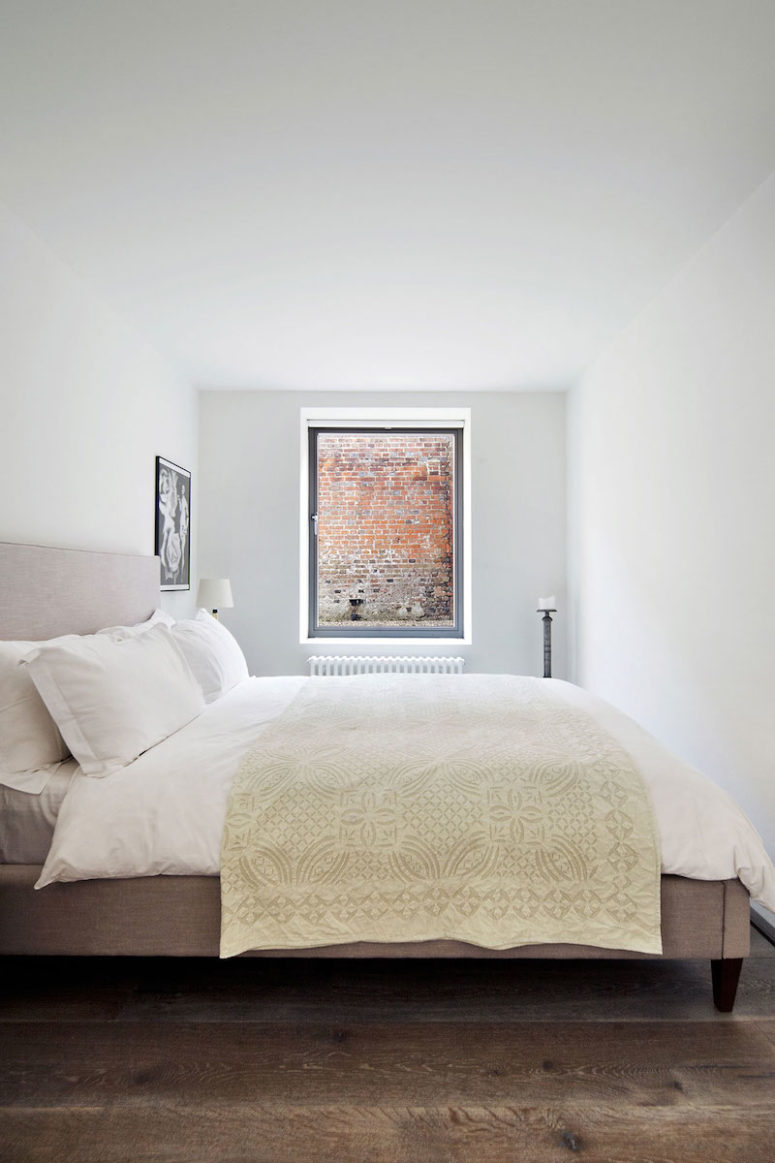 The bedroom is serene, simple and comfortable 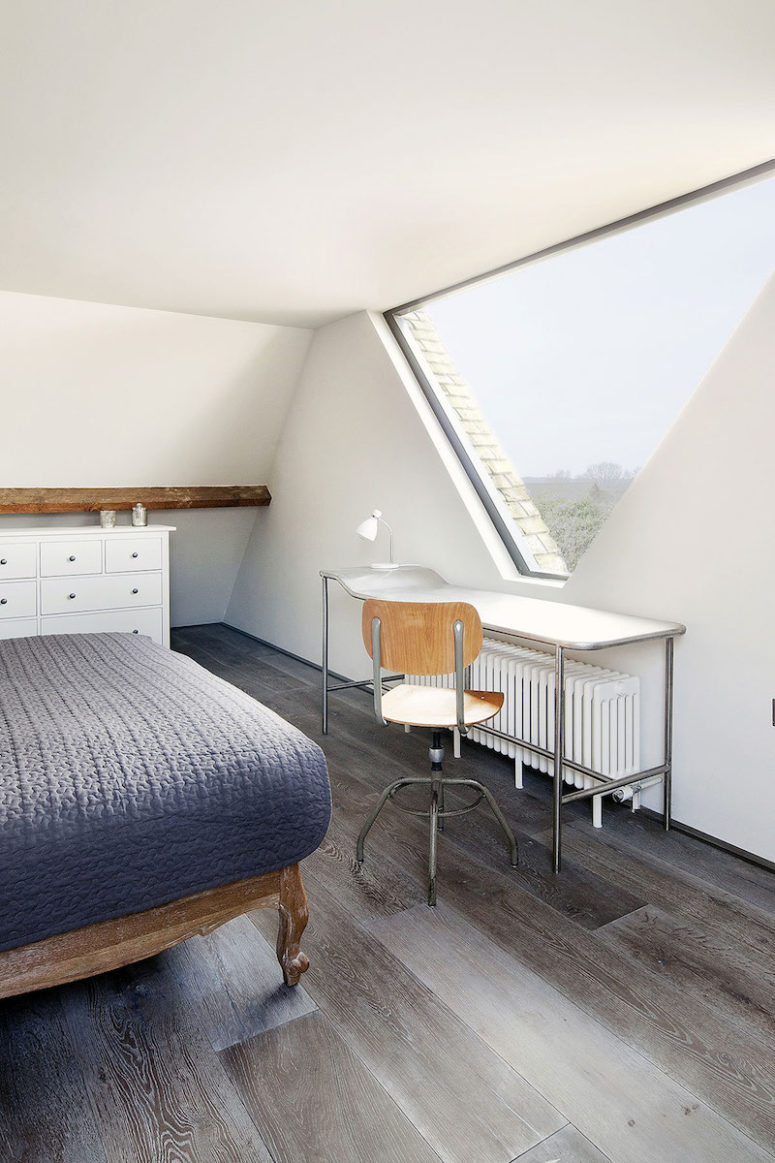 The triangular window section was designed for the master bedroom 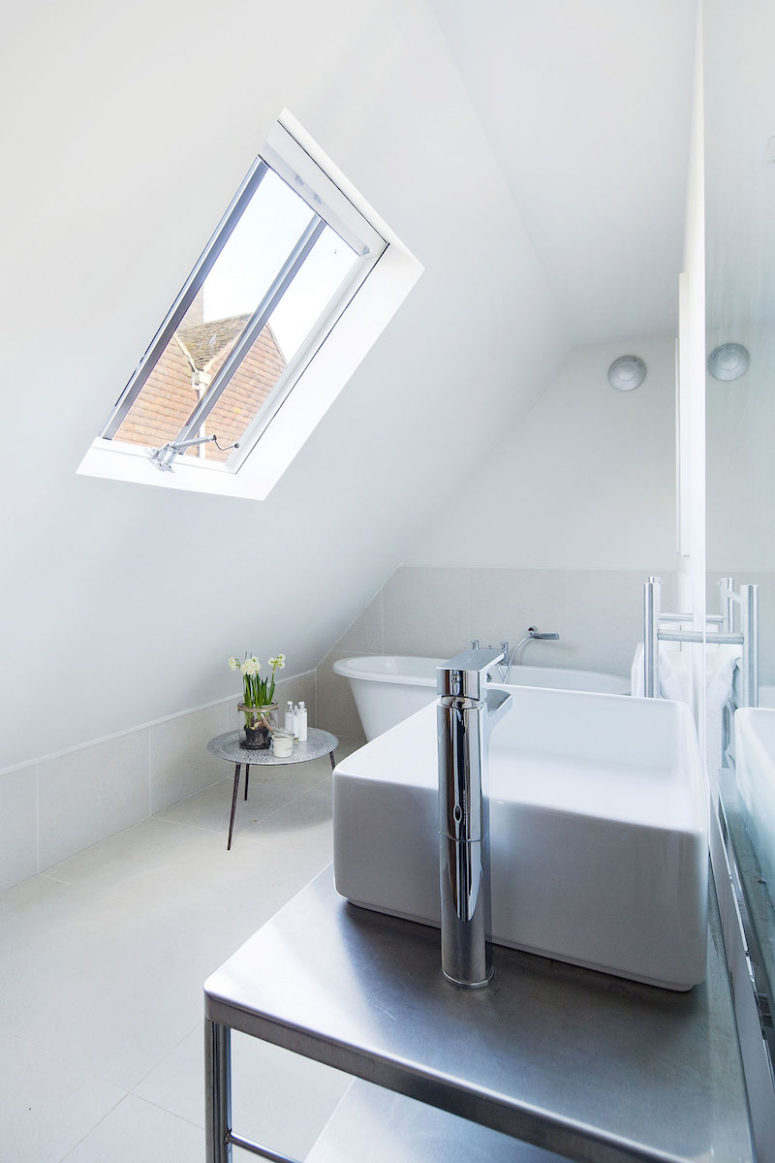