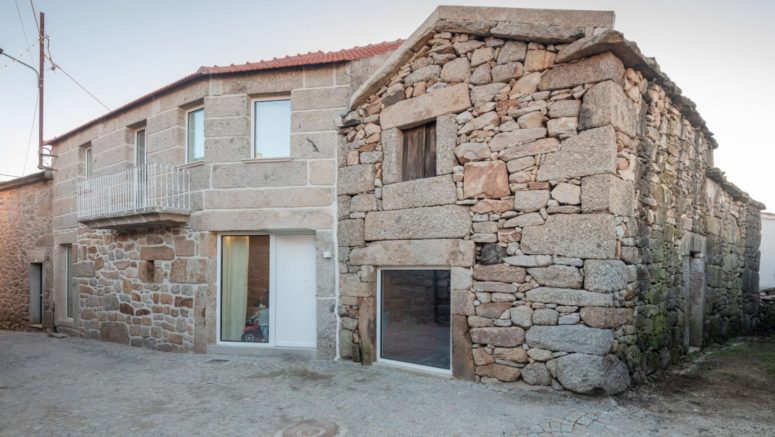 This house was originally built in 1940s and it has been recently bought by a couple with two children to move away from the city. It has been a jumble of stone-built structures in an agrarian community and then it has been completely transformed by COVO Interiores. The renovated home embraces the building’s humble origins while espousing an interior design of contemporary minimalism that provides all the comforts that a modern family would need.

Externally, the stone masonry has been meticulously restored – its irregular pattern of stone blocks punctuated by the rectangular shapes of the new windows and doors – as has the tiled roof. Slim white metallic frames maximize the glazing area of the windows which, during the day, appear as reflective rectangles against the masonry façade, a balance that is inverted during the night when the illuminated interiors pop out of the darkened stone exterior.

Stepping inside, all aspects of the building’s agrarian past have been effaced by a minimalist aesthetic of whitewashed walls and concrete floors. On the ground floor there is a living room and kitchen, separated by a cubic volume rendered in oak wood which conceals the staircase and the guest WC as well as contains built-in cupboards. Upstairs, two bedrooms with en-suite bathrooms that sport the same minimalist sensibility complete the residence, while on the adjoining block a small studio allows the new owner to work from home.

Opposite the house the jumble of stone-built structures have been transformed into a one-storey annex housing a garage and auxiliary areas. Whereas the original masonry walls have been painstakingly restored, the architects have topped the structure with a concrete slab that appears to float above the walls, an effect that is accentuated at night when the slim gap between the roof and the masonry construction is illuminated. 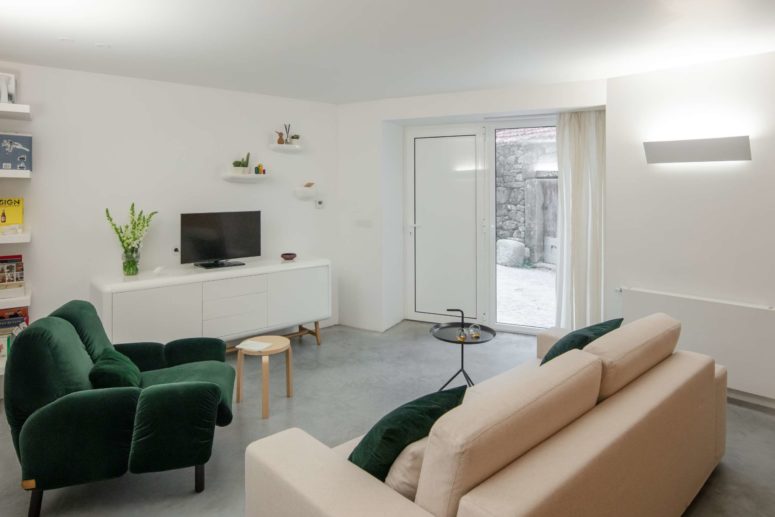 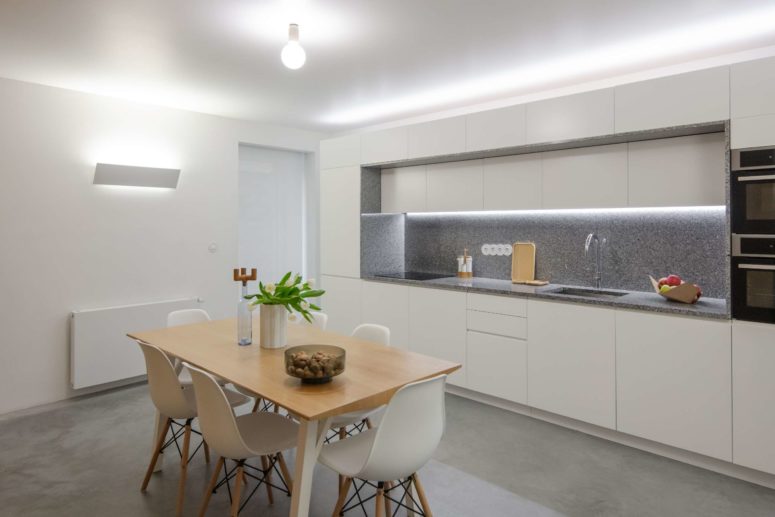 The kitchen is minimal, with a stylish dining set, sleek white cabinets and built-in lights 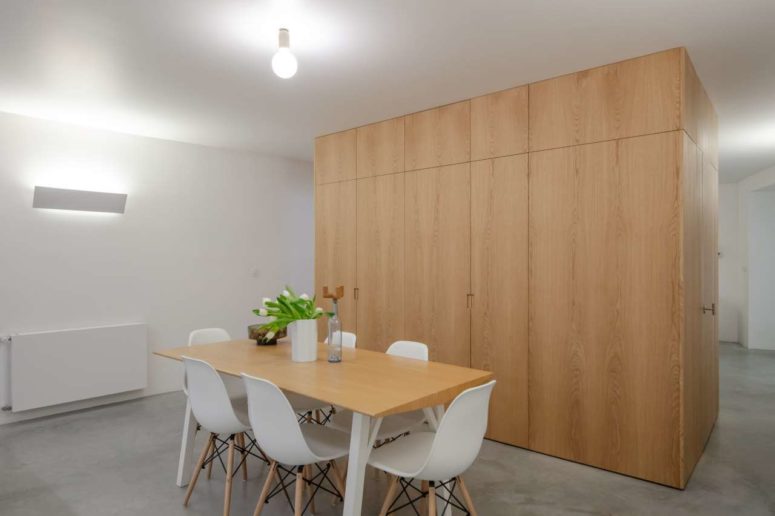 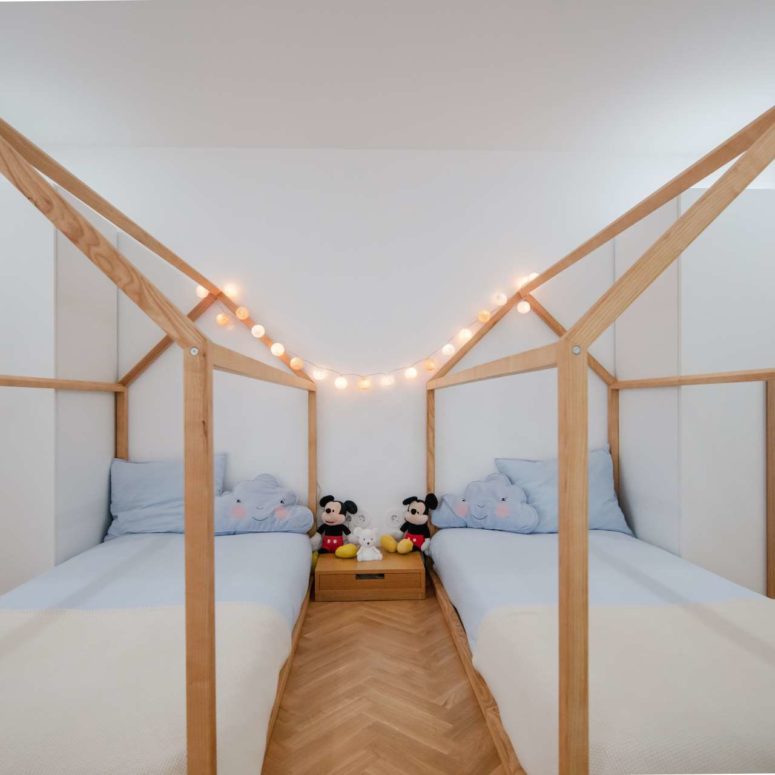 The kids' room is done with two house-shaped beds, lights and touches of blue 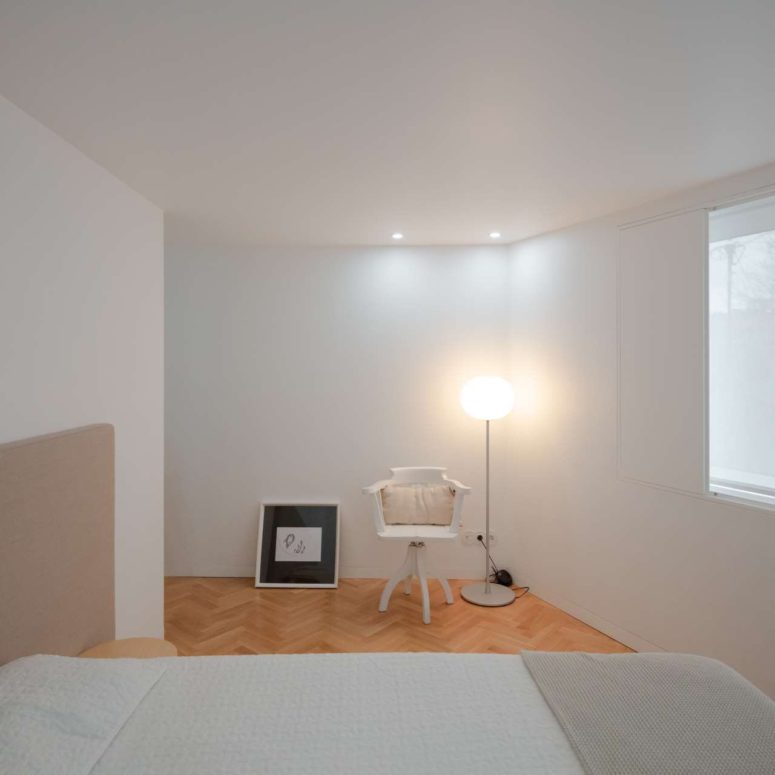 The bedroom is minimalist and neutral, with a floor lamp and a comfy bed 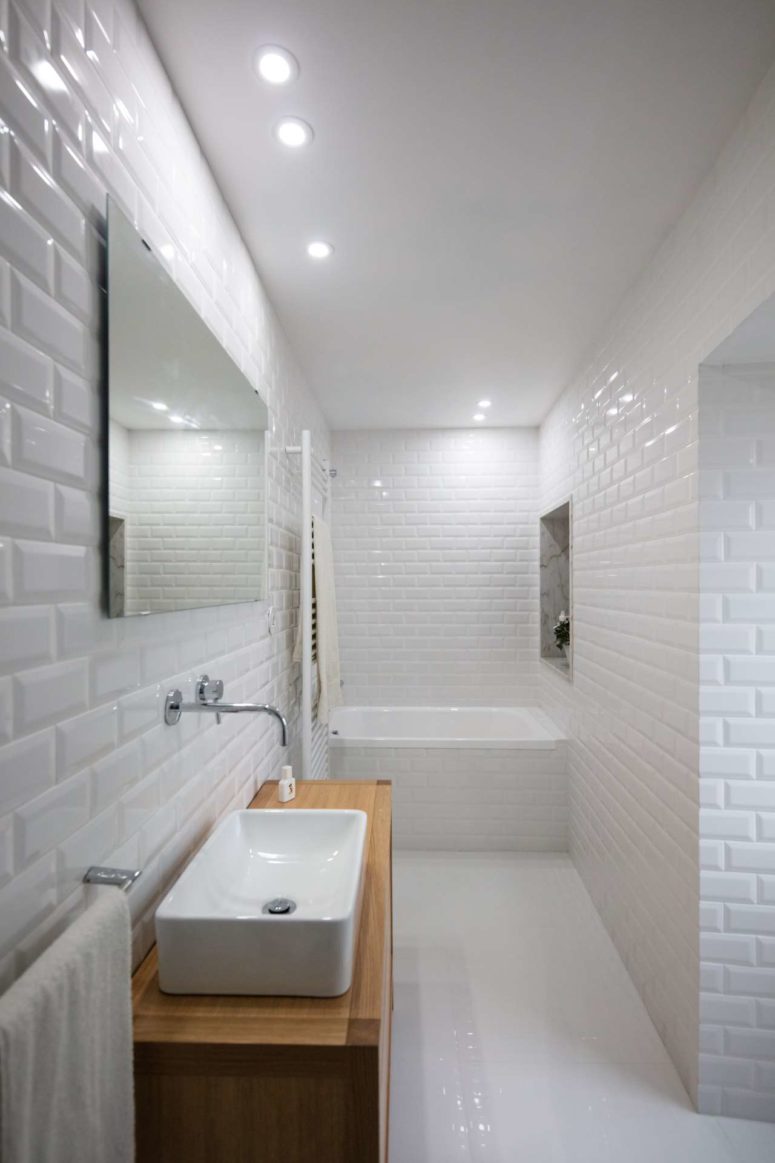 The bathroom is fully done in white, with chic tiles, a wooden vanity and a built-in bathtub