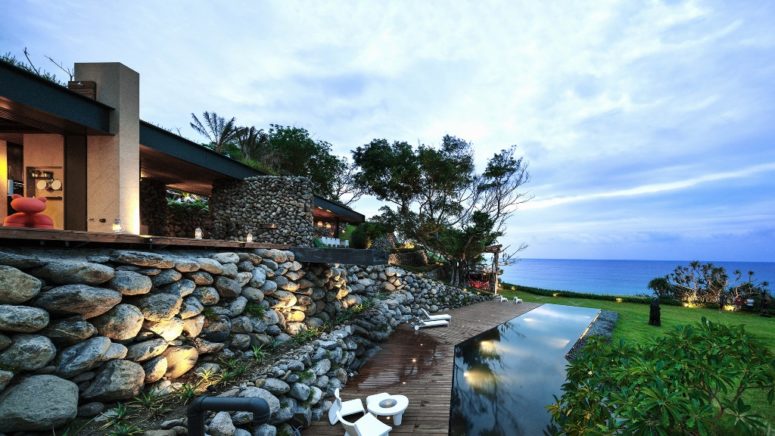 Taipei-based Creat+Think Design Studio used stone excavated from the site to build this house on a slope in Taiwan overlooking the Pacific Ocean. The architects dug out the hillside to create a stepped terrain for the house, located on the eastern seaboard of Taiwan facing the sea. It is named A’tolan House, meaning “a place with many rocks” in the local indigenous language.

The residence follows the contour of the coastline and bends at the western end to face towards the sea, with large expanses of glazing offering residents views of the ocean. A set of large stone steps leads from the top level down five meters to a covered courtyard and dining area with a thick wall clad in local stones cutting into the space. the extensive use of local wood and stone gives the house a very stylish and textural look.

The kitchen is placed on the other side of the wall, with folding glass doors that allow air to flow freely throughout the residence. They also open fully onto a large terrace, intended for yoga and star-gazing. Doesn’t it sound like a dream?

Nestled in the bent end of the house, the master bedroom features an en-suite bathroom with a skylit shower. It opens with a glazed door and wall to an outside deck with a small circular tub for bathing. A staircase from the patios leads up to the roof, which features loungers for sunbathing and pots of herbs.

On the lowest level, the stone wall provides the backdrop for the south-facing infinity pool and large garden. A waterfall projects from the top of the wall and flows into the pool. This house really reminds of holiday paradise, which you won’t want to leave! 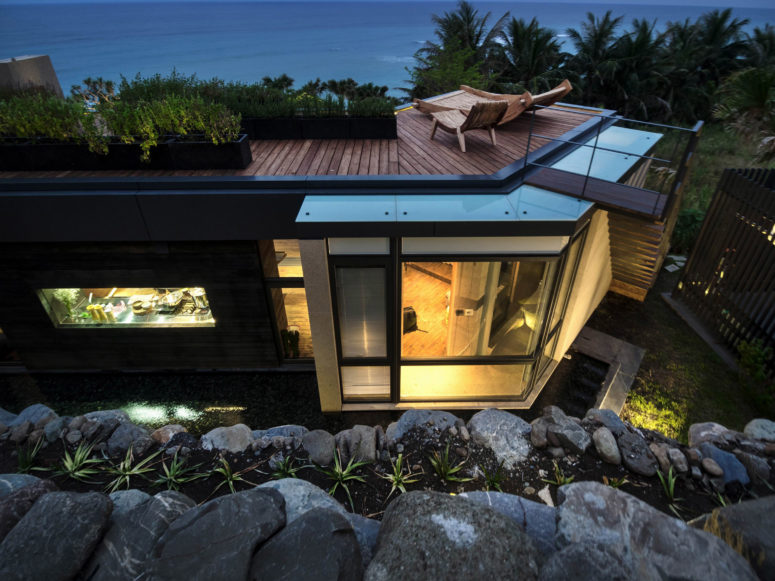 The house is modern and there's a terrace on the roof, the terrace with potted greenery and loungers 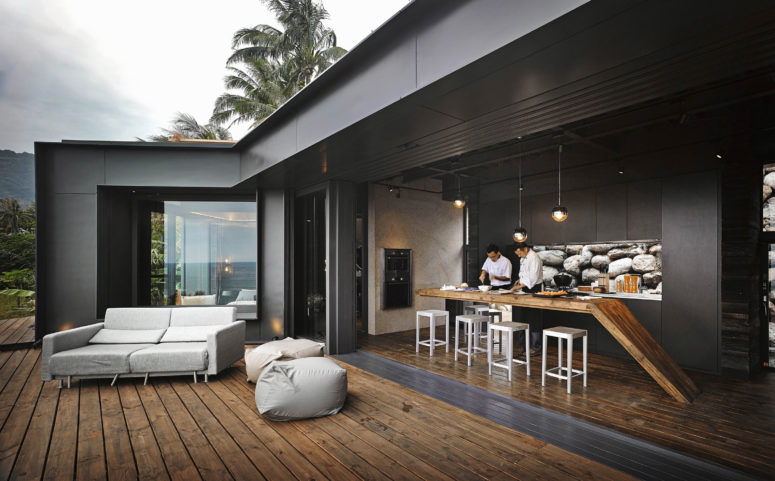 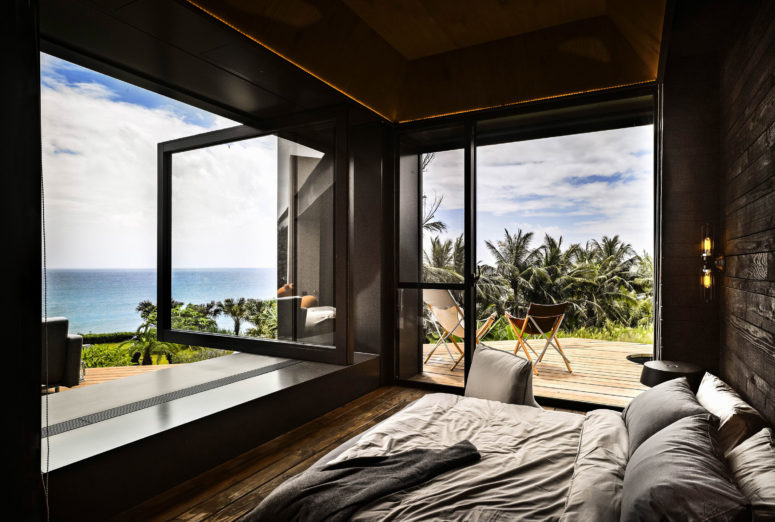 The master bedroom is all about adorable views, there's a glazed door and a glazed wall that can be opened outdoors 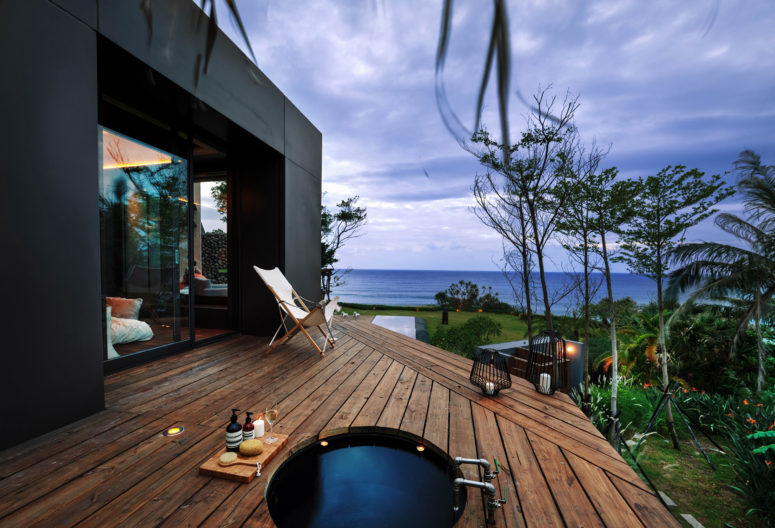 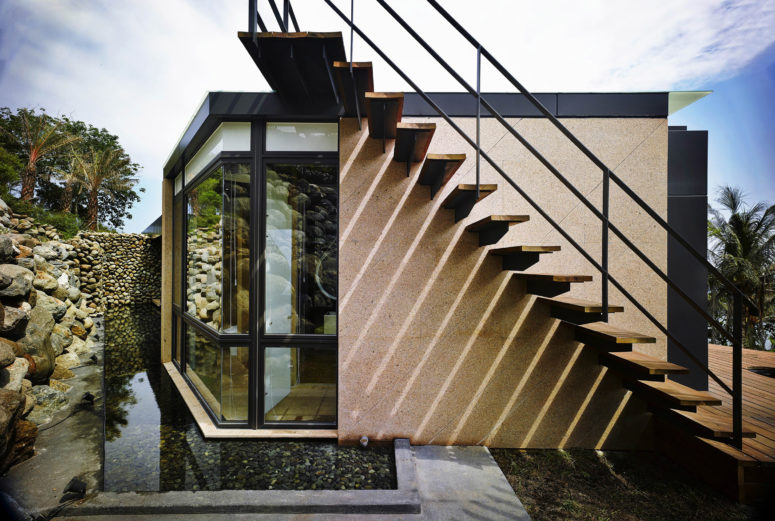 There's an ensuite bathroom with a skylit shower