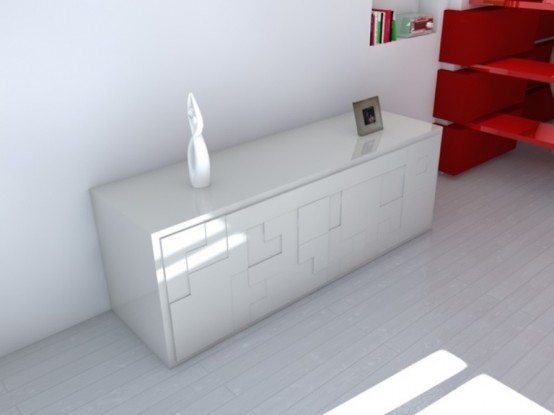 Originally designed by Russia-based Alexey Pajitnov, the Tetris game has enchanted many people over the years since its creation in 1984. By manipulating random sequence of puzzle pieces called Tetriminos, moving each sideways and rotating it by 90 degrees, one should create a horizontal ten blocks line without gaps. This popular game was the base for another creations such as the [email protected] Furniture by a Lisbon designer Pedro Machado. This is cool furniture that reminds of Tetris in its appearance: all the pieces can be pulled to shape different furniture pieces – two square blocks on each side and a flat surface on top can become a table with two chairs. You can use it and create shapes just as you like. This is a fine example of minimalism with a touch of futurism that is also functional and interactive. 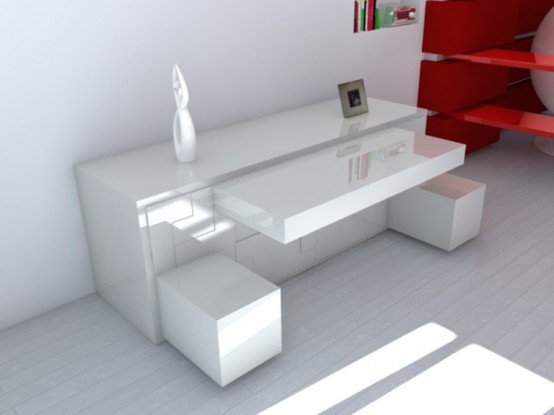 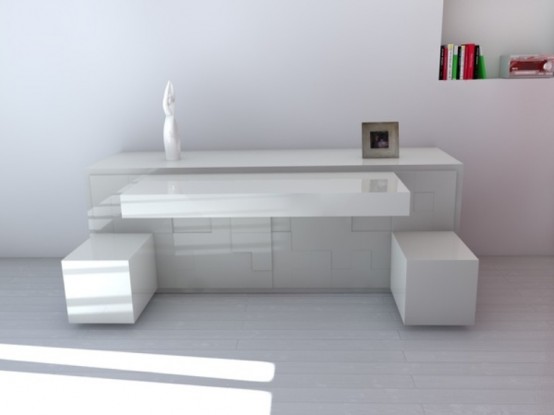 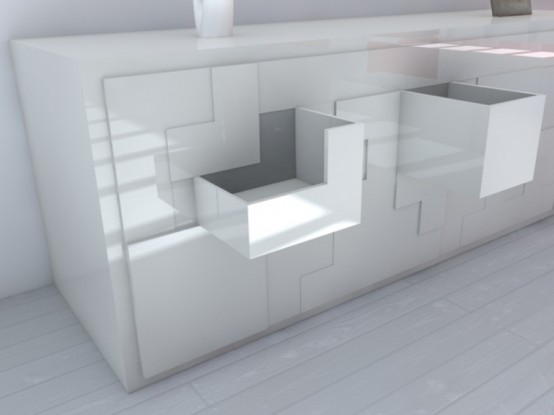 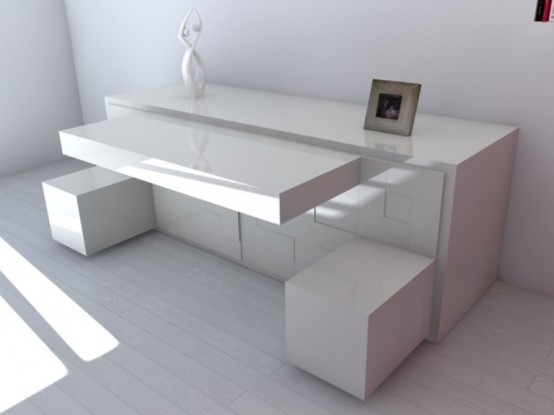 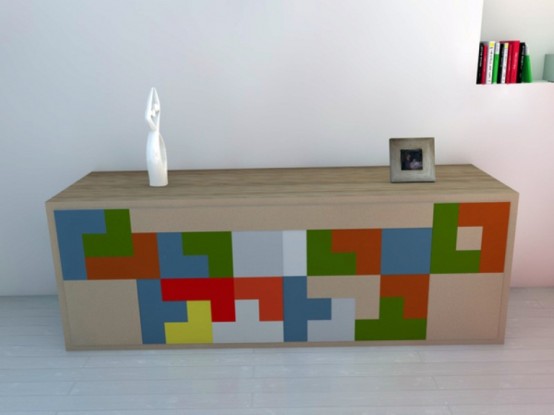