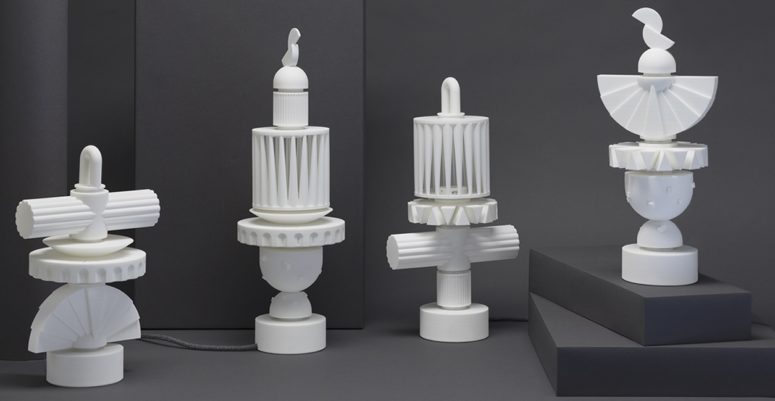 Illusive Luminaire is a gorgeous lamp collection with interesting shapes

Illusive Luminaire is a light group at the crossroads of the virtual and physical worlds. As our culture relies on services and communication technologies, digital virtuosity has become essential in the design practice, blurring the line between digital and crafts, creating a new culture of production. Ying Chang’s Illusive Luminaire lighting series, in collaboration with Federico Trucchia, uses digital tools as they allow designers to think without the constraints of mass manufacturing.

With the aid of additive manufacturing, those seemingly ornamental details are given functions, creating intricate shadows to manipulate the illumination. The forms and the way light emits through the lamp are tailored to complement each other; these charismatic forms are equally as intriguing on standby as they are illuminated. As a result, Ying Chang‘s Illusive Luminaire aesthetic is a balance between digital abstract and iconic forms. Some of these forms are remind of the classic architecture, and these lamps on the whole hint on Greek sculptures but unique ones. 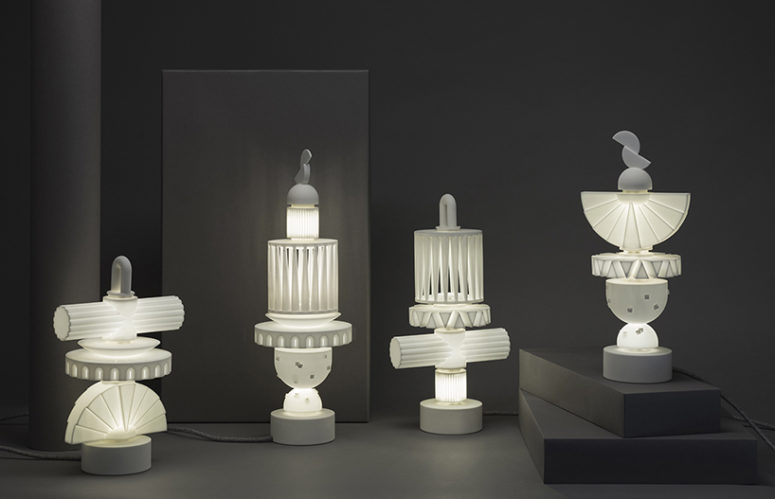 Configuration one of ‘The Ruins’ 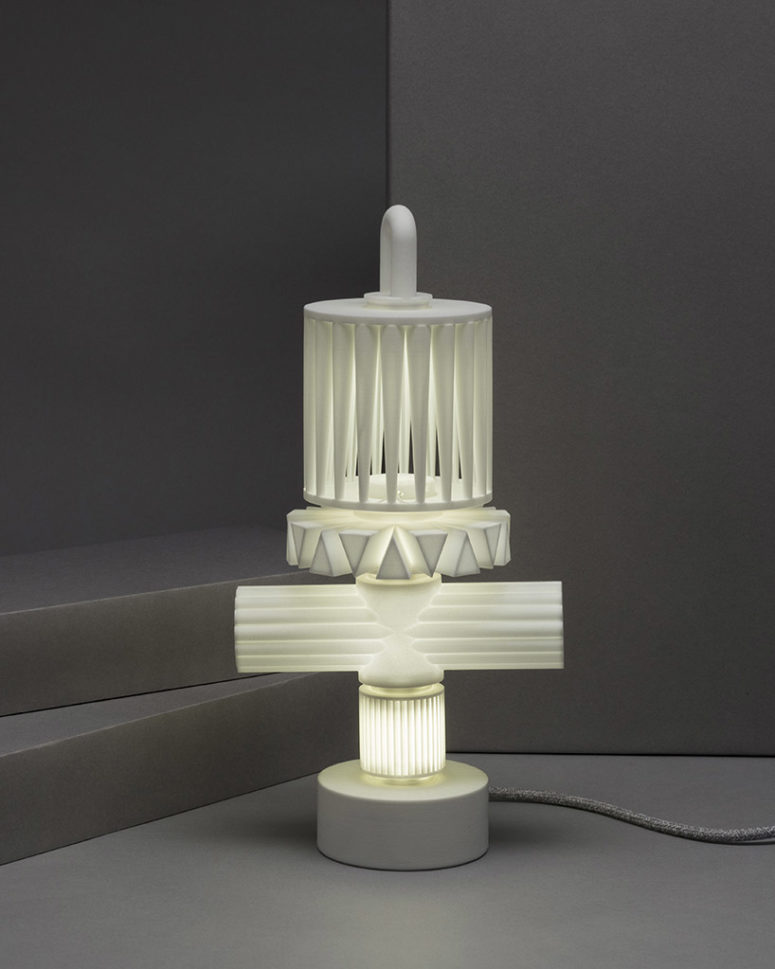 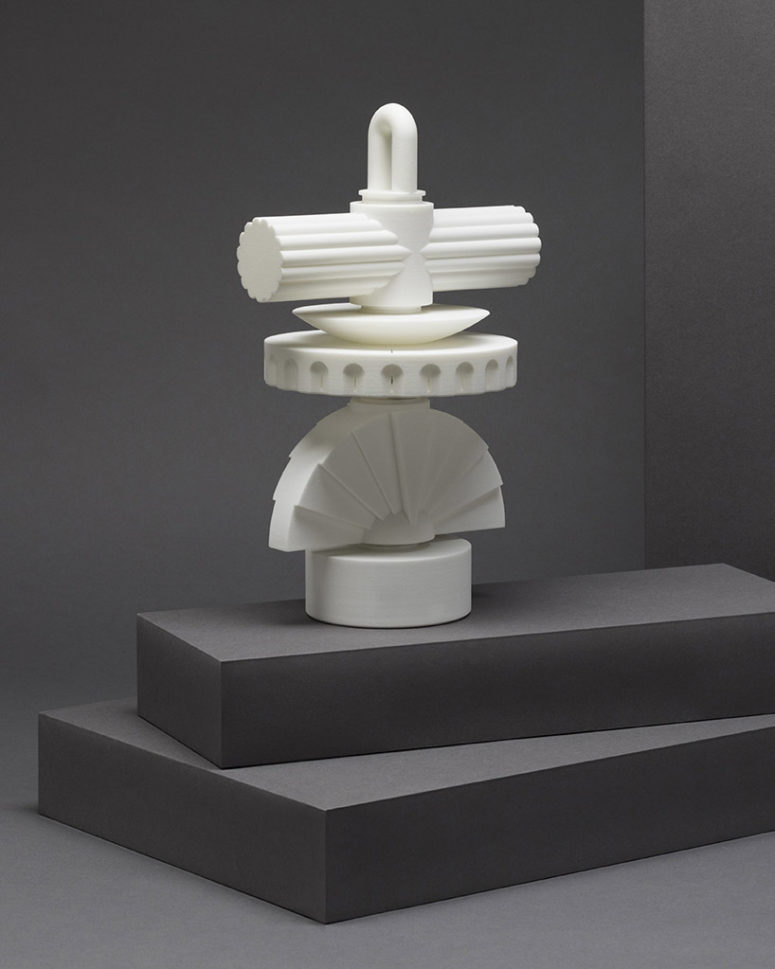 The forms are influenced by metaphysical symbolism 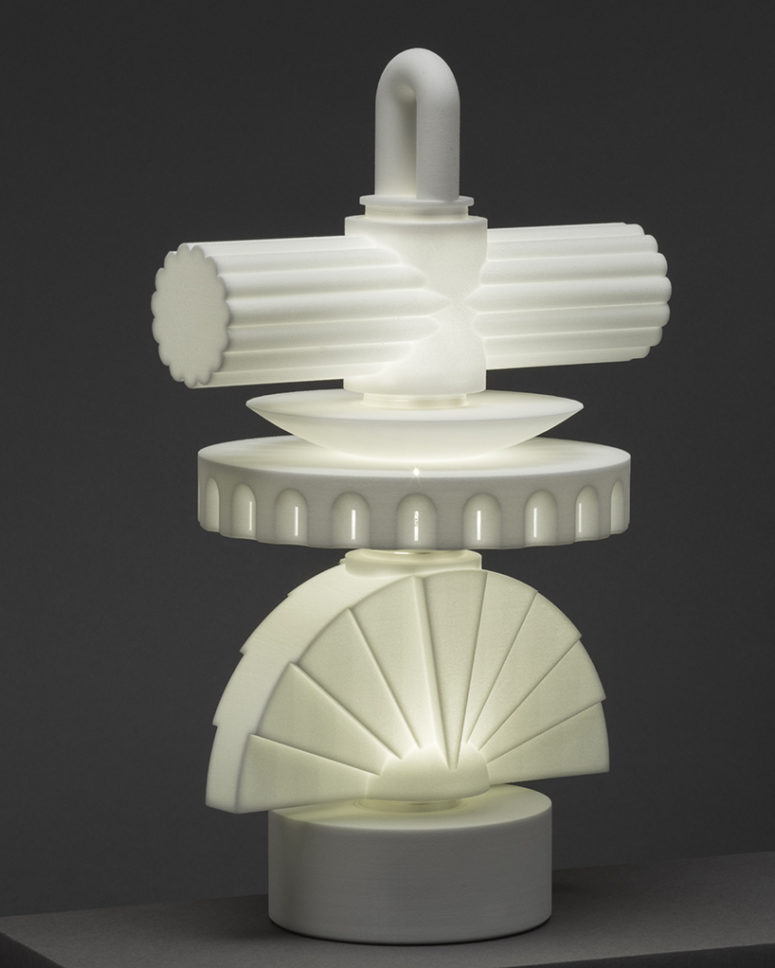 Configuration two of ‘The Ruins’

Details of the ‘Fan’ and ‘Collar’ revealing shadow patterns 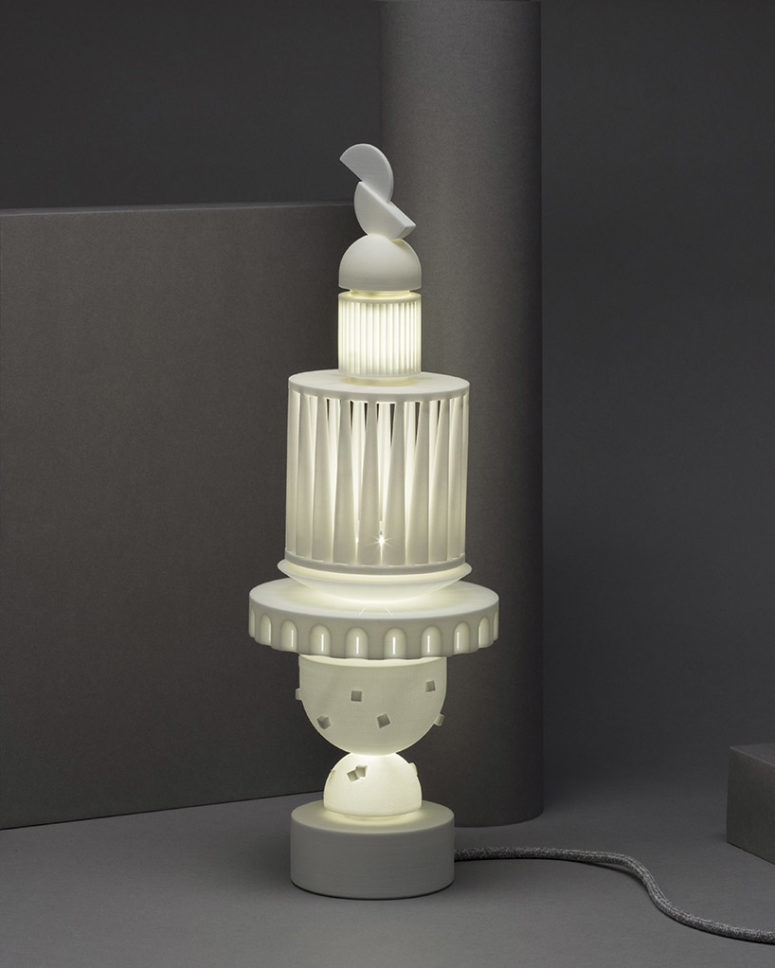 The lamps are tailored to complement each other shapes