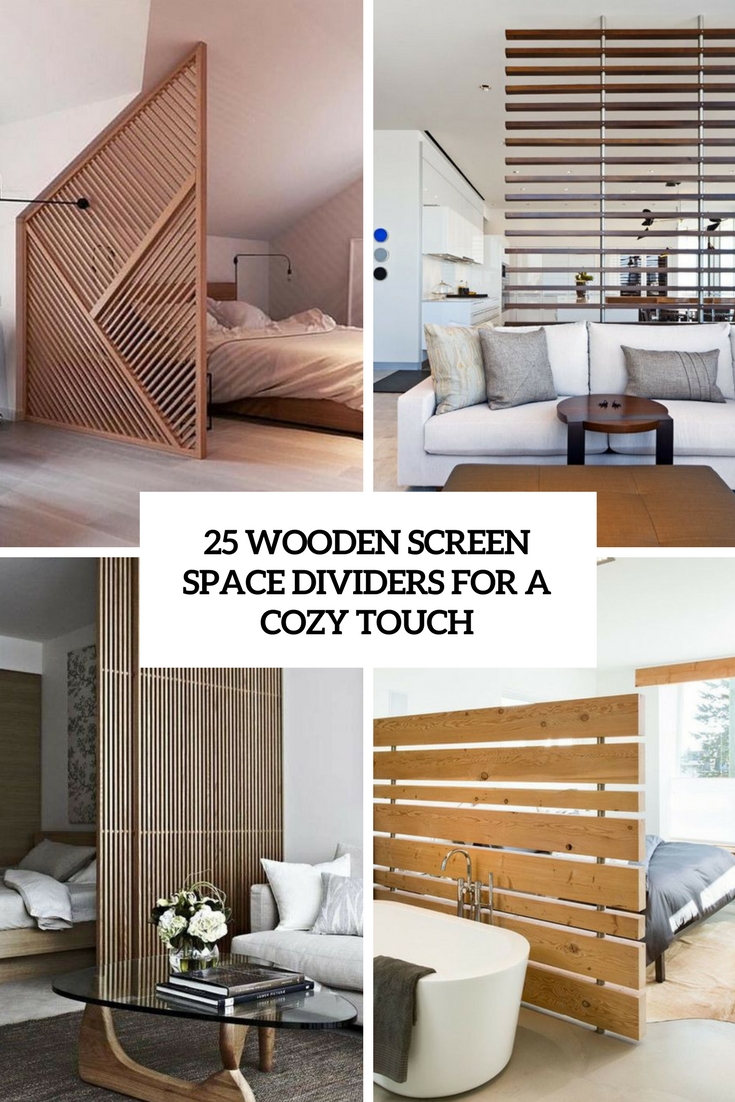 In our time of open layouts and studio apartments space dividers become more and more popular because we admit that some spaces should be more private and some zones need to be separated. Various dividers have different advantages and disadvantages and here it’s important to find a proper piece for your interior. Today we’ll have a look at wooden ones and maybe they will fit your home!

A wooden space divider brings much more privacy than other dividers, glass, for example. Yes, it may look bulkier but proper space separation is guaranteed. One more advantage is that a wooden space divider is a cool decor feature that will never go out of style: wood is timeless. There are catchy geometric and other patterned screens, and a vertical plank screen will add visual height to your space. Ready to have a look at some examples?

A solid wooden screen is feature that you won’t see so often, so it can make your interior stand out. Besides, such a screen bring total privacy and proper space division, which is essential for many homes. Choose a piece with cool wood texture and look to make it double as a decor feature, and it will never go out of style as wood is timeless. 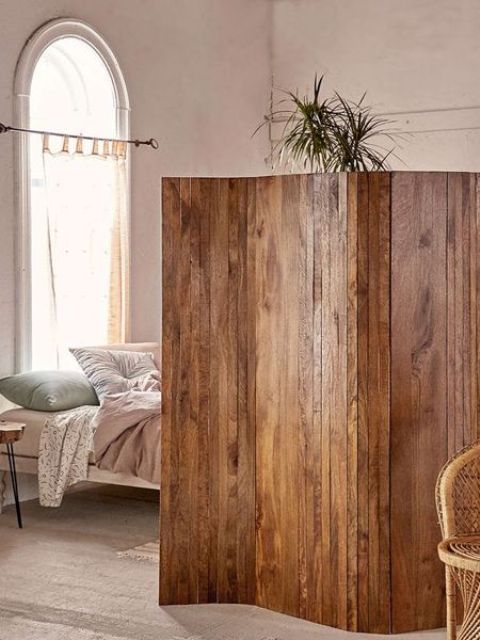 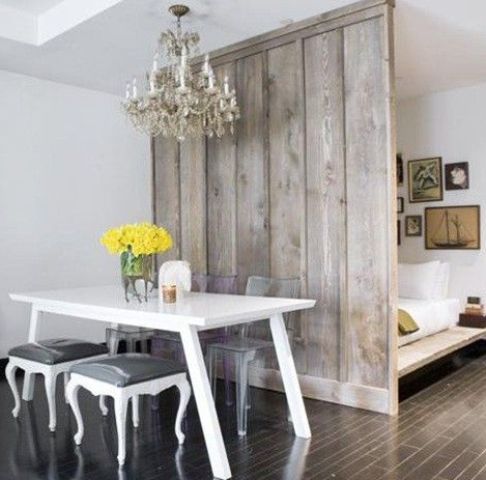 The most popular feature is a wooden plank screen, it’s a very trendy space divider. Planks can go vertically or horizontally but as I said above – vertical ones are more preferable as they add visual height and help to see the space as a whole, while horizontal ones can make the ceiling look lower. If you want more privacy, make wider planks or keep a distance in between them but remember that they won’t let much light in and your spaces won’t feel that airy. If you want more light and less separation, go for wooden beams – they will just hint on space division. 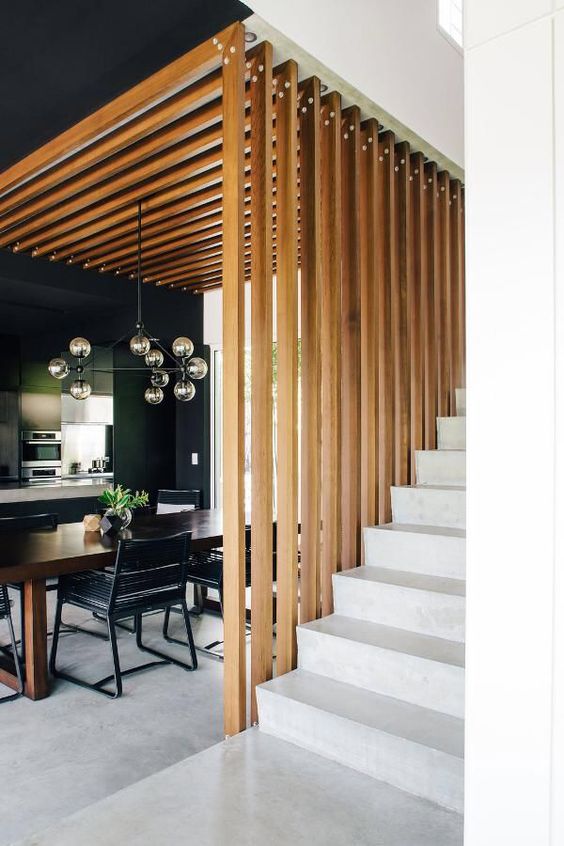 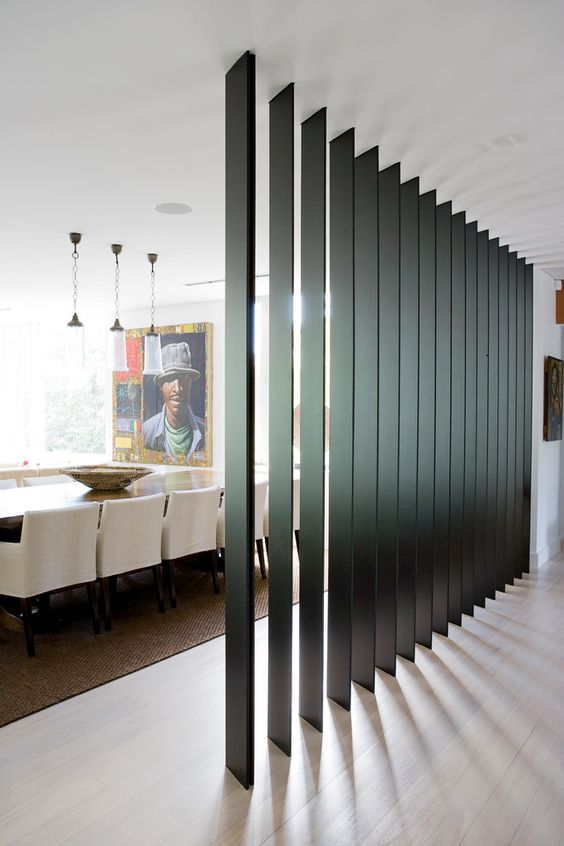 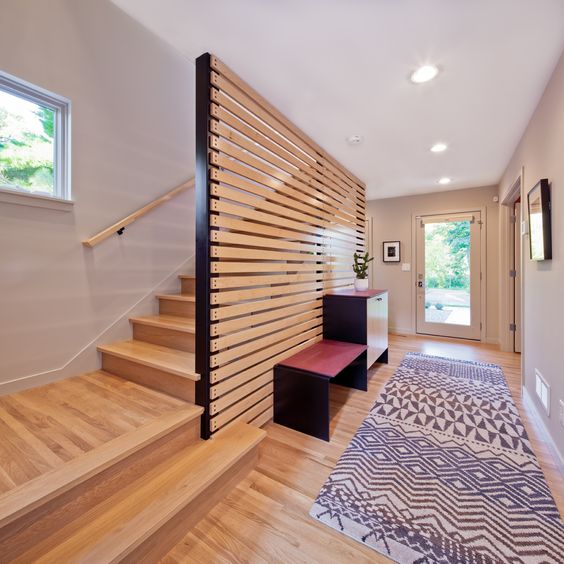 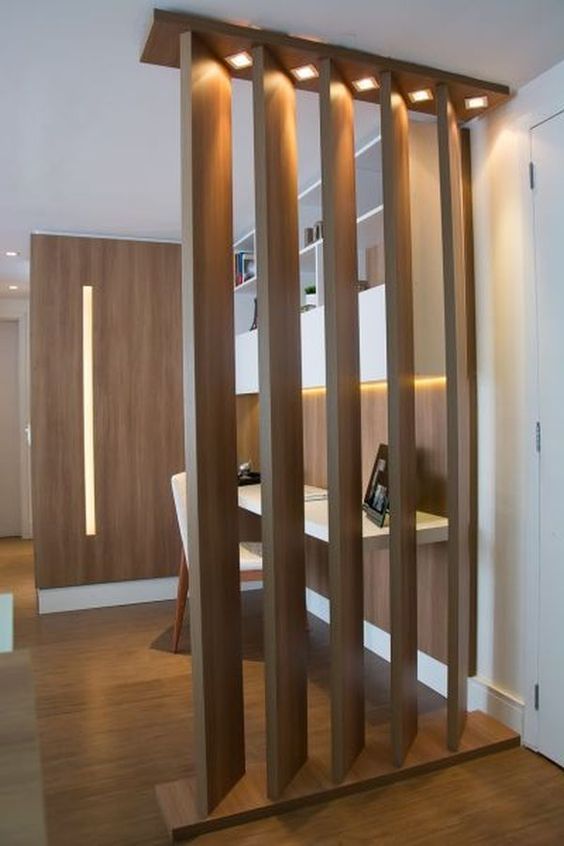 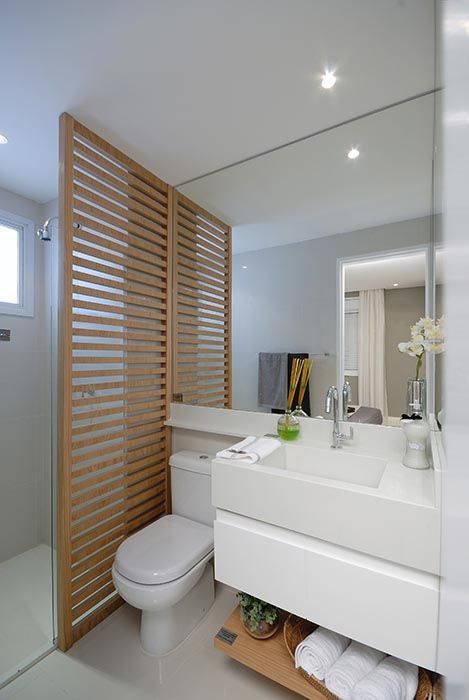 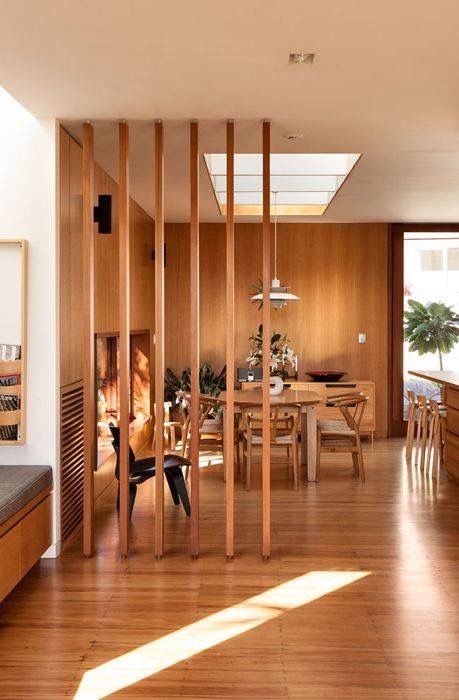 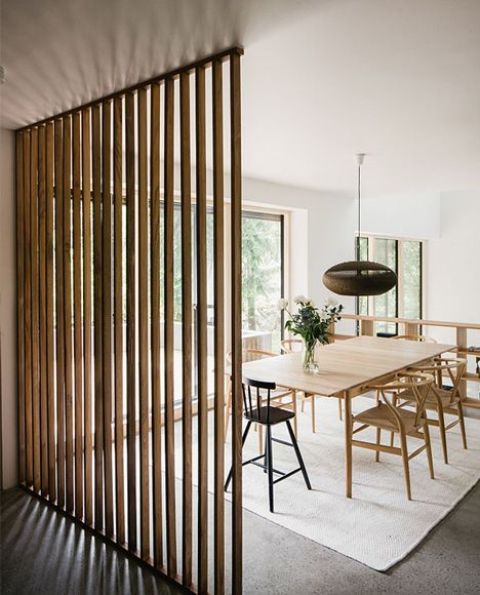 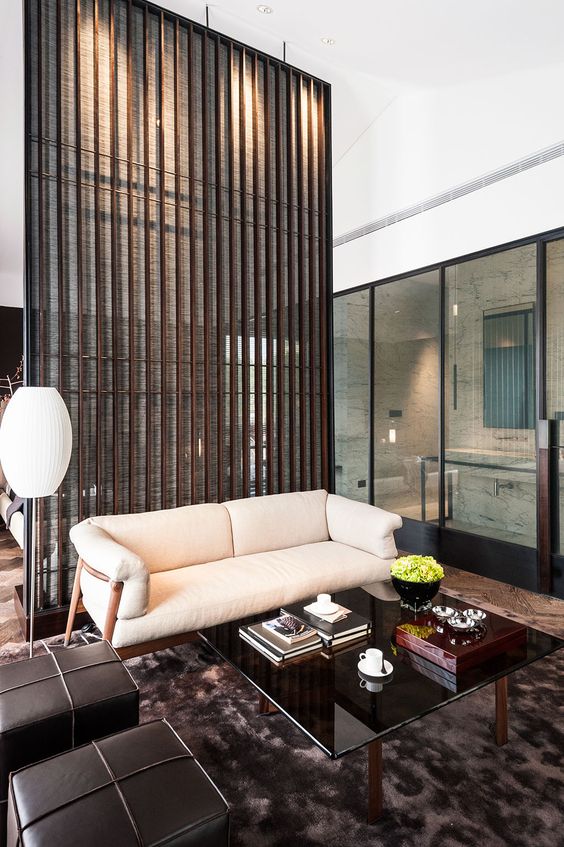 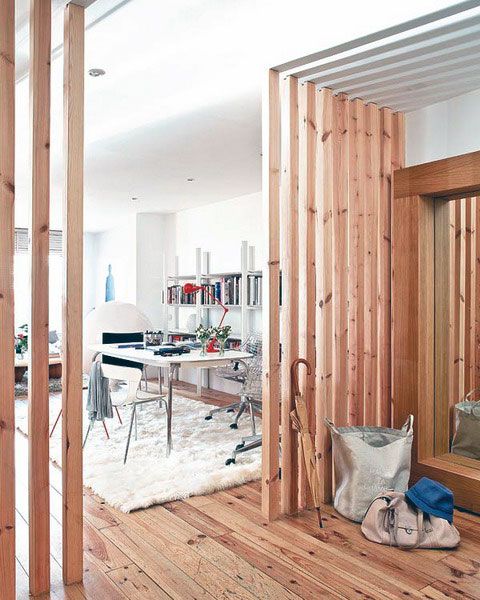 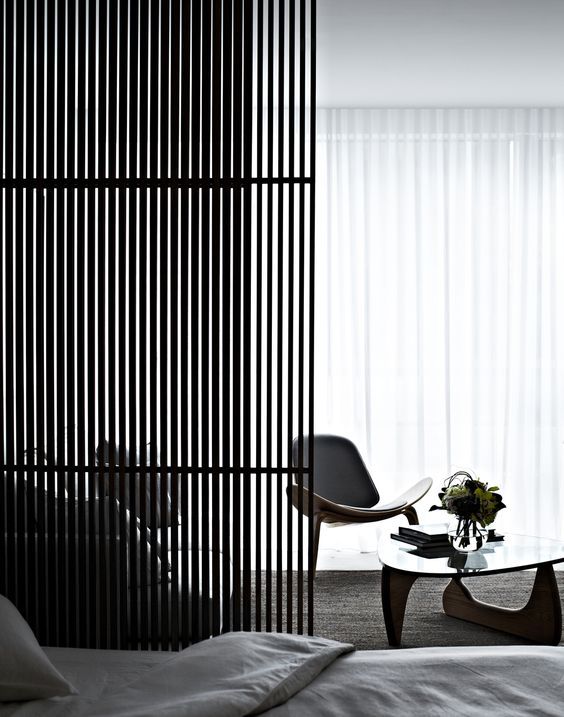 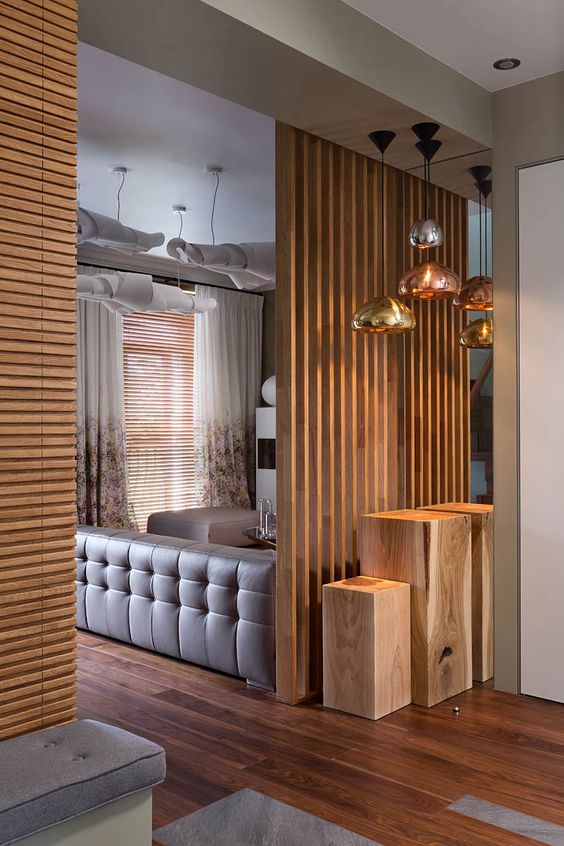 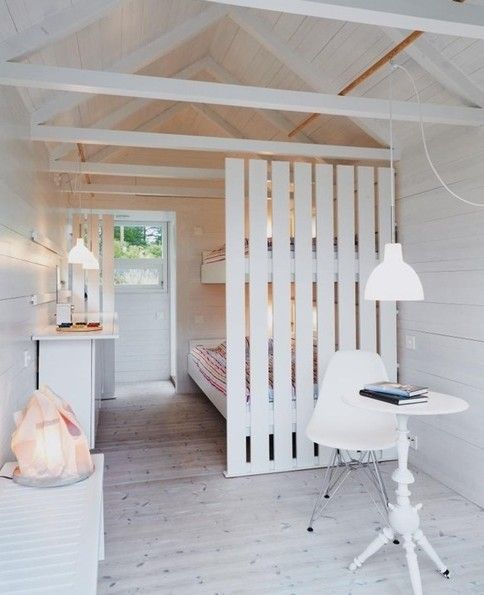 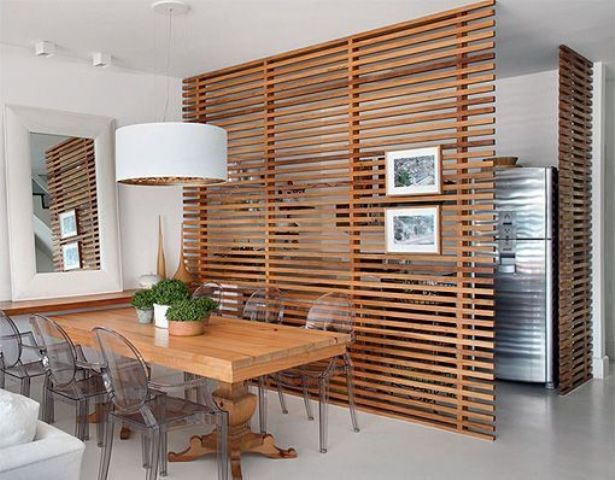