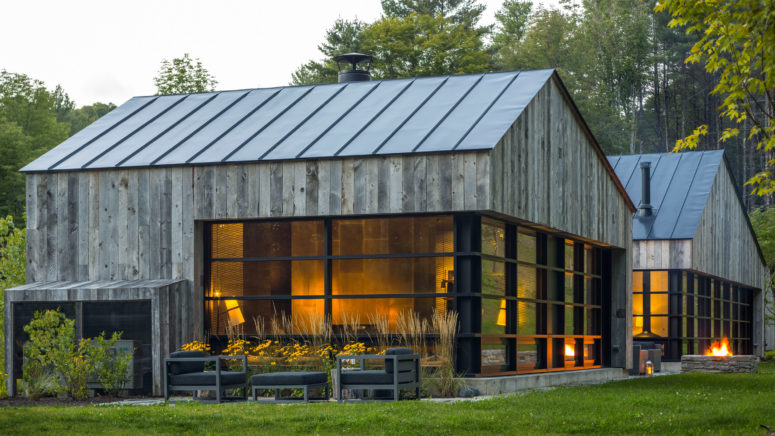 American studio Birdseye Design took cues from traditional woodsheds while creating this house for a forested site in northern Vermont, and the project is called accordingly – Woodshed.

The dwellings composed of two volumes with asymmetrical, gabled roofs. The volumes are connected by a central entry vestibule that opens onto a terrace. The building is clad in repurposed Douglas fir and pine boards that formerly were used for snow fencing and horse corrals.

On the west side of the dwelling, which is visible from a road below, a continuous wood facade evokes the scrim wall of a traditional woodshed. Several layers of board result in an interplay of light and shadow, while also providing privacy.

The eastern elevation looks toward a hillside and required less privacy. Wood siding was paired with expanses of glass, which offer expansive views and engage the landscape. The wooden siding was continued indoors in the entrance hall, which also features a glazed wall that provides views of the landscape. The vestibule opens onto the furnished stone terrace, where visitors can relax in front of a fire pit.

The guest quarters were placed in the southern portion of the building, which houses three bedrooms, a kitchen and living space. Entertainment functions were located in the northern wing, including a game room, a bar, a lounge area and a double-sided fireplace. Each wing is designed to maximize exposure to the eastern hillside of the house, with large glass walls spanning each room and wrapping around corners.

The interiors of the house are generously clad with the same distressed wood to give them a rustic and natural look. There’s extensive glazing in many rooms to bring much light in and connect the house with outdoors. Get inspired by the pictures of this beautiful home! 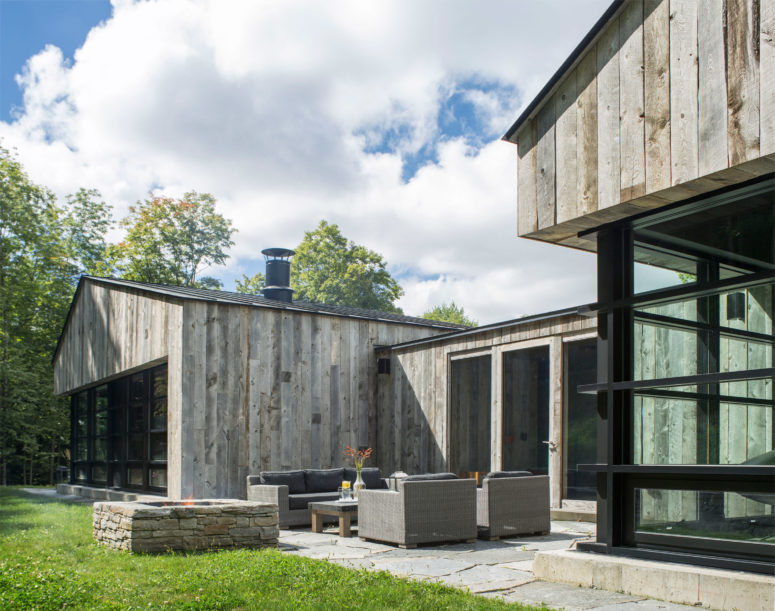 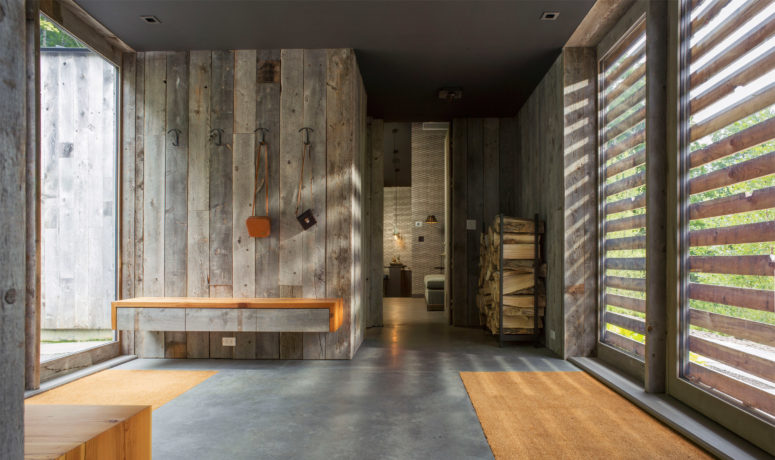 Inside, in the hall, you can see a lot of weathered wood used for decor, too 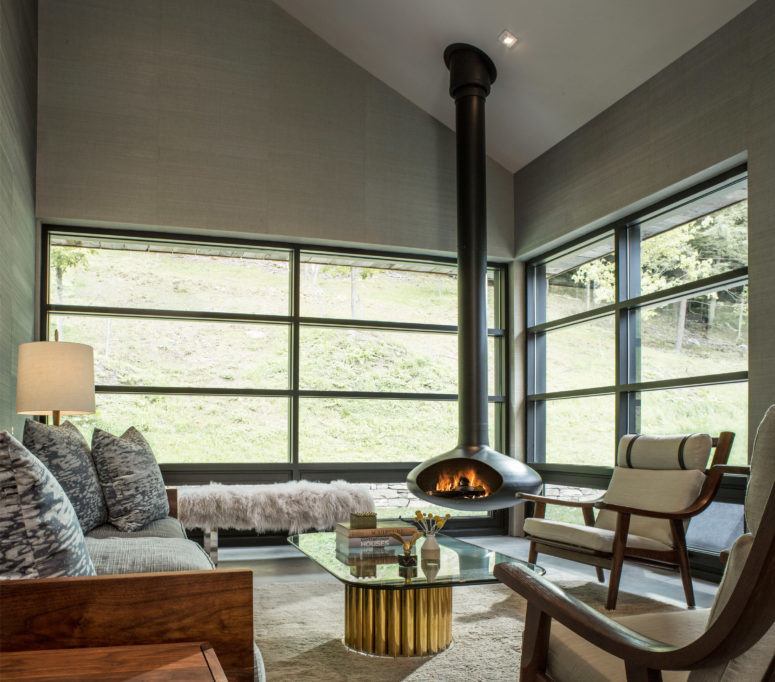 the living room is a glazed one, with a glass top table, with a hanging hearth and some upholstered furniture 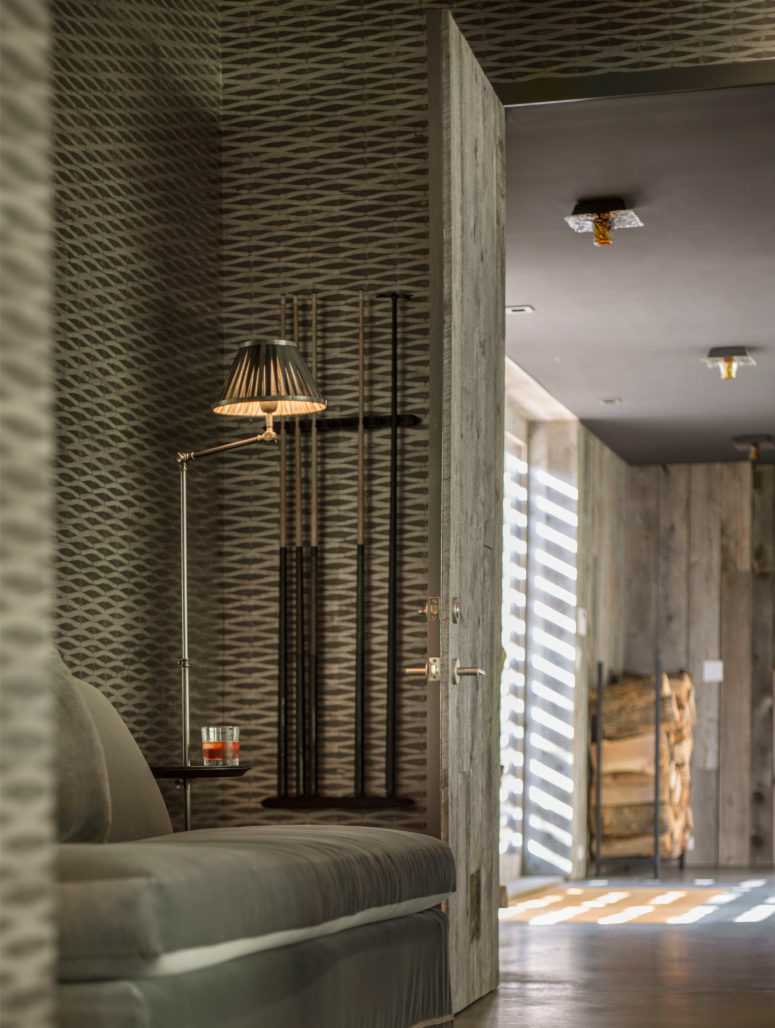 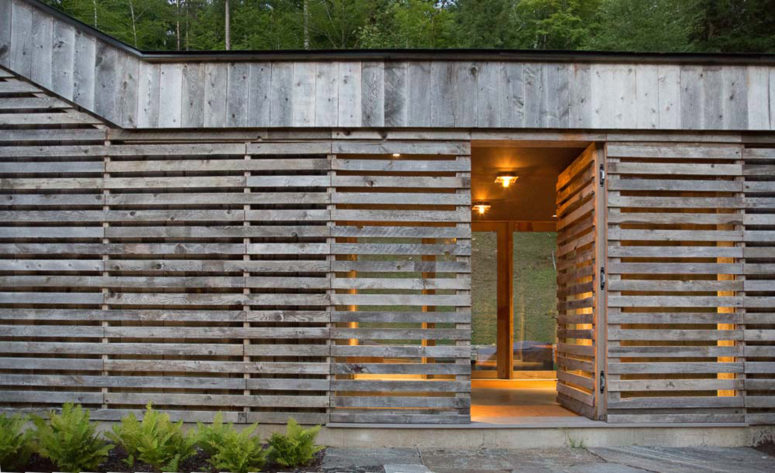 The guest quarters were placed in the southern portion of the building, which houses three bedrooms, a kitchen and living space