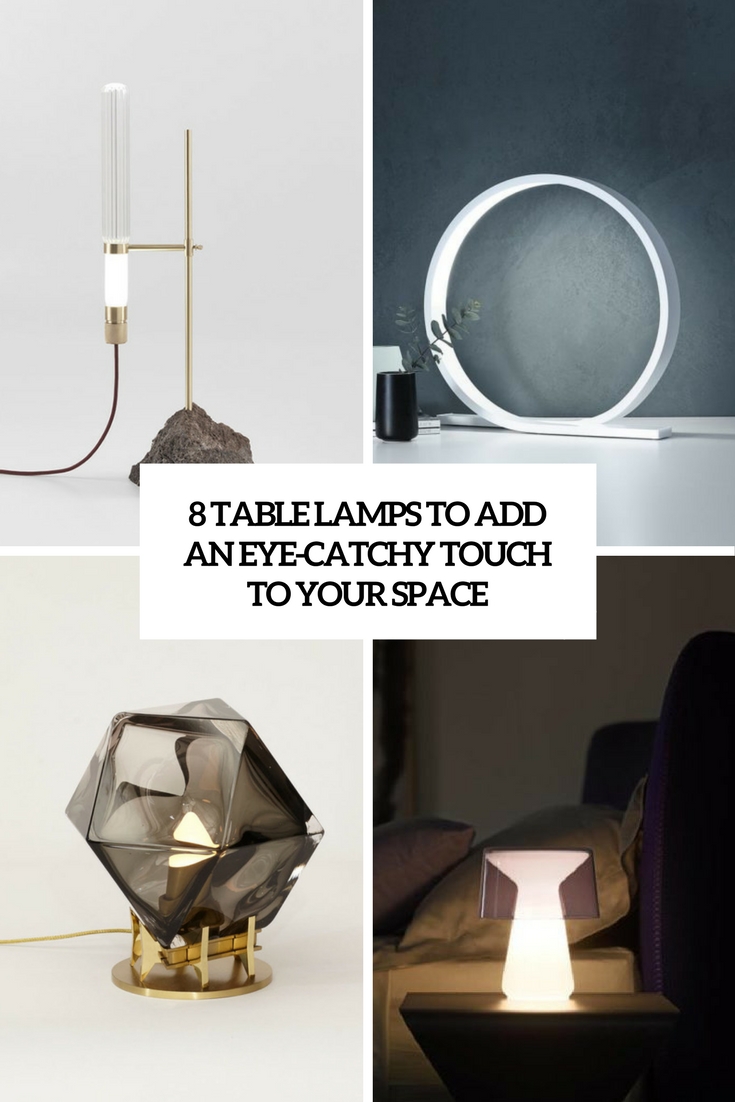 A table lamp isn’t only a source of light, it’s an eye-catchy feature that will add style and highlight your decor, and sometimes if you opt for a very bold design, it can become a show-stopper. Today I’d like to offer you some cool modern lamps that are sure to catch an eye of your guests.

Turin-based Olivelab studio presents the EQUILIBRIO lamp, designed based on two forces: gravity and magnetic attraction. Its fresh and modern design in black and white symbolizes light and darkness. The lamp consists of two symmetric tubes with magnetic rings at each of their ends. The first tube is made of anodized aluminium with LEDs, while the second is a sanded plexiglass light diffuser. When the two ends are close, the magnetic force is strong enough to challenge gravity – letting the lamp magically float in the air, in a constant state of equilibrium. 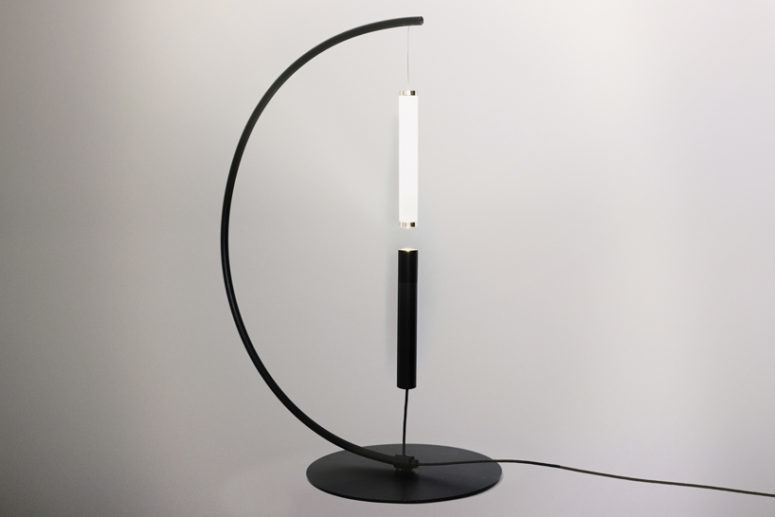 With the look and feel of a gemstone, the WELLES Double-Blown Lamp is a handcrafted tabletop light by Gabriel Scott that also looks like a piece of art. Its faceted form is made through a complex glass blowing process where colored glass becomes enclosed within a solid clear body and then polished to its gem-like silhouette. The finished glass is then paired with polished prong hardware that keeps it in place. 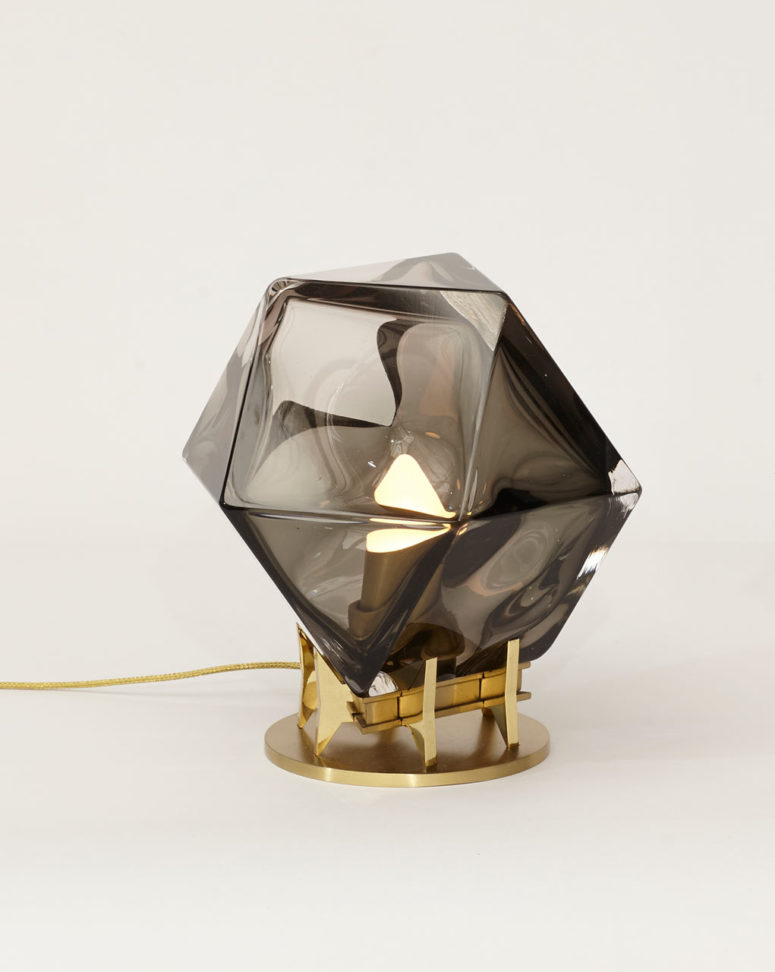 Industrial designer Quentin de Coster has collaborated with Christophe Genard, one of the last Belgian glass blowers, to create the HALO table lamp. Developed as a limited edition, the geometric and translucent design of the piece is directly influenced by the standard light bulb. The glass body of the clearly reveals the circular fluorescent light positioned at its center — evoking the shape of an aureole typically seen in holy paintings or around the moon and sun when they cast their light. Hence, the final effect offers an impression of discrete levitation.

Ukrainian architecture and design studio Nottdesign created the RA table lamp that encourages you to interact with it in order to turn it on and off. When the tube rests horizontally, it’s off and when you’re ready to turn it on, simply raise the tube into a vertical position. Their desire was to design a lamp that required the body to move, not just your hand and wrist, an interactive piece of the new level. 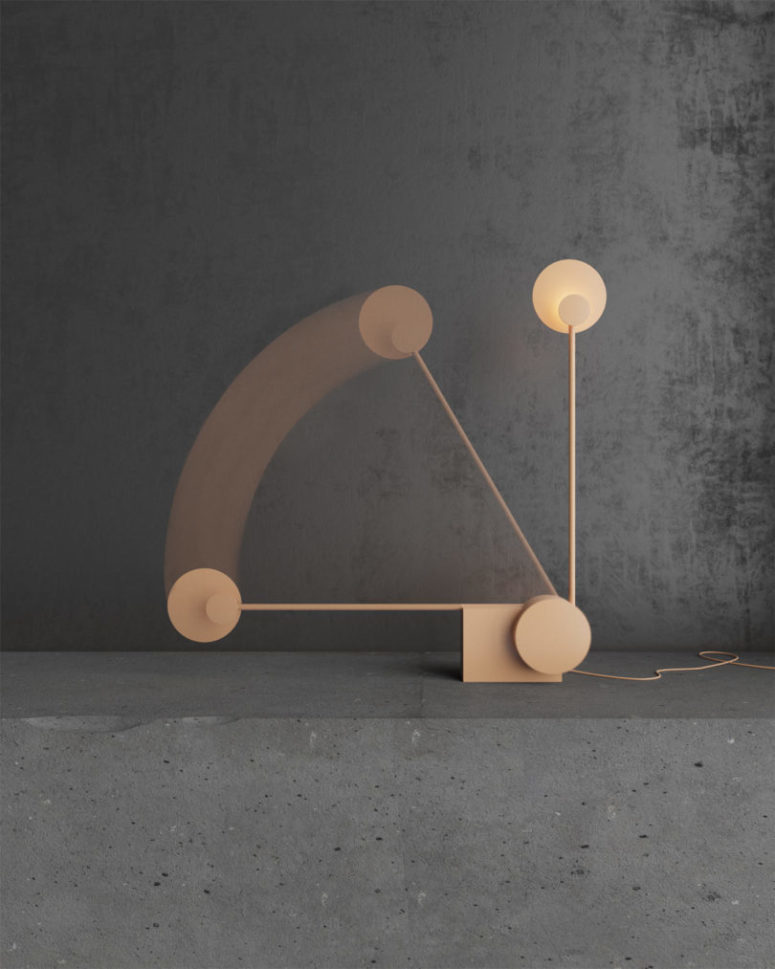 Inspiration for design can strike anywhere at any moment, even when it’s something you’ve walked past many times before. Such is the case for the LOOP table lamp designed by Timo Niskanen. LOOP’s distinctive feature is the LED light source placed on the upper side of the inner circle. An opal acrylic diffuser helps the lamp glow with a warm white light and the aluminum body also serves as a dimmer control. 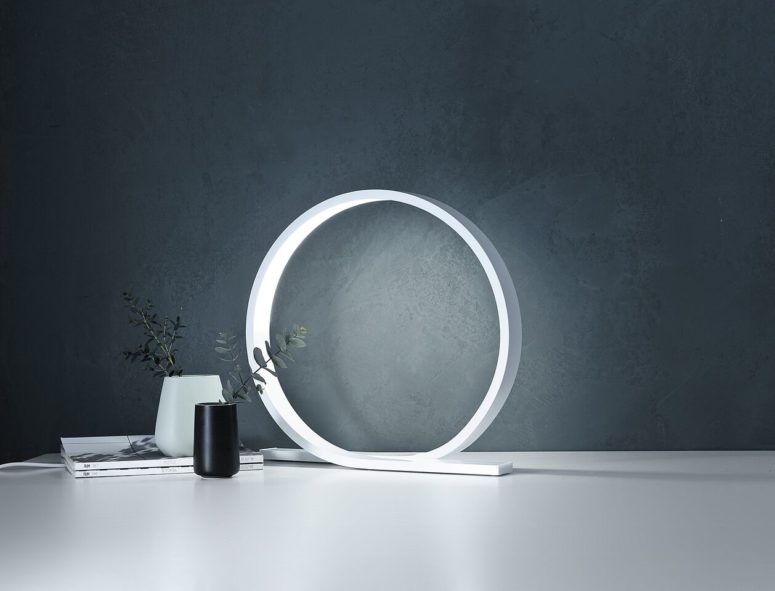 Influenced by vintage scientific equipment, art and design studio CTRLZAK has created Kryptal; a table-top lamp for the eclectic brand JCP universe. Resembling an imaginary instrument that could come out of an alchemical lab, the design incorporates the characteristics of the traditional cathode tubes in a contemporary way able to enlighten daily life. The lower part is realized in glass and the higher part in transparent rigadin glass. Finally, the lamp’s light source is hidden, alimented by an internal led light bulb that is switched on via a touch sensor. 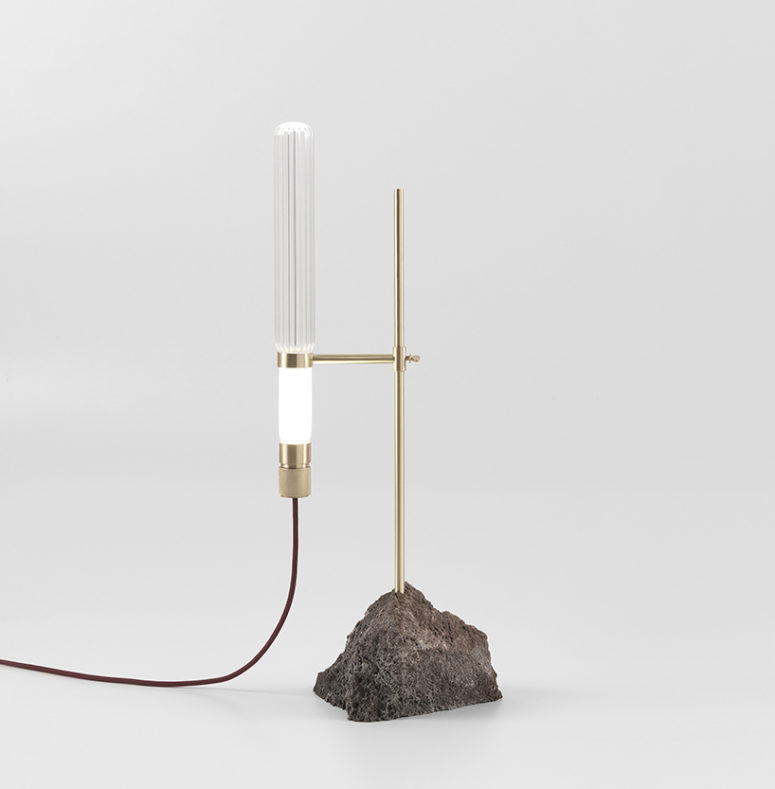 Janus is a lamp features a plate of color-changing dichroic glass that’s positioned in the center of a brass halo of dimmable LEDs. When the lamp is turned off, the dichroic glass plate can look mirrored, colored, or transparent depending on the ambient light surrounding it. An unexpected effect is an aurora-like light show that also plays onto the walls. 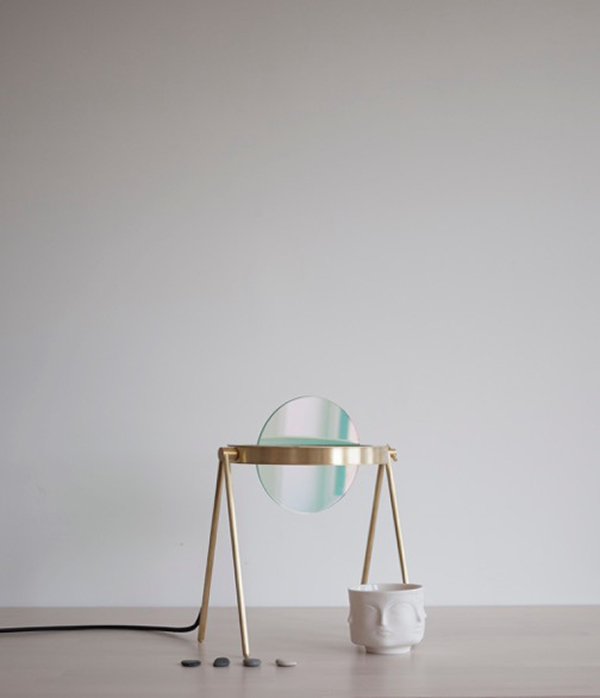 Aurora lamp by Trueing (via design-milk.com)

Manufactured by Cameron Peters, Nelly lamp by BrogliatoTraverso has a base that showcases a white frosted mold-blown glass, while the ‘hat’ is blown in translucent colored glass by renowned murano’s artisans NasonMoretti. Sitting loose on top of the base, the hat is available in five colors: blue, green, brown, violet and grey. 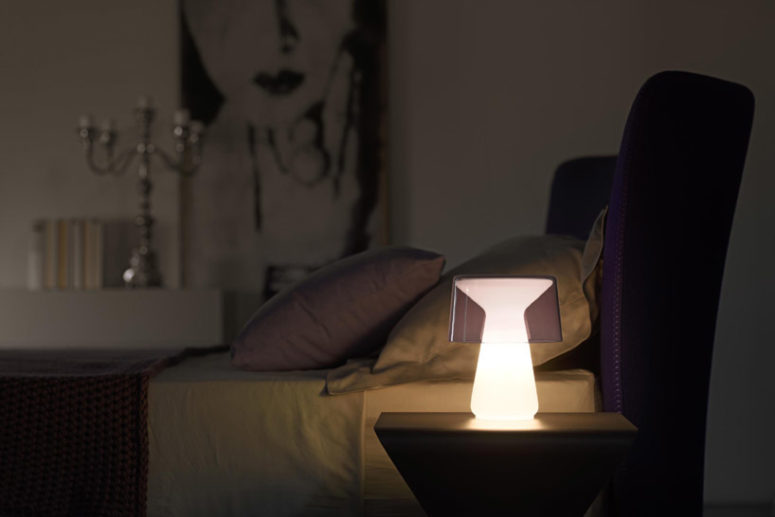 Nelly Lamp by BrogliatoTraverso (via https:)