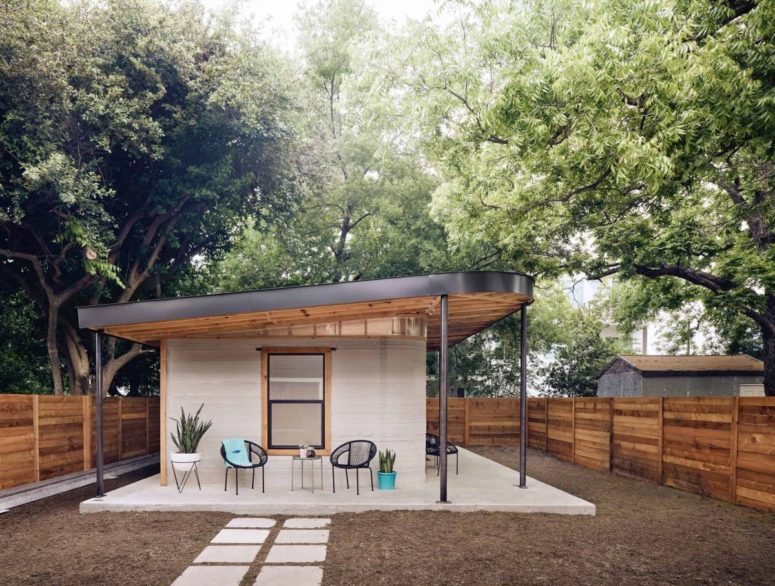 This is a first 3D printed home, which is ideal for homeless people and those who don't have a large budget - it's only $4,000

Building a low-cost but strong and functional home for people who don’t have housing has been a global challenge, but the answer might be found in a new technology: 3D printing. Today we’ll take a look at the first 3D-printed house that was built in less than 24 hours and for about $4,000 by ICON.

This 650-square-foot home has a bedroom, a bathroom, a living room and a small office. After the main building of cement is complete, the non-printable elements like windows and doors are added manually. Another technological facet at play with these 3D homes is that the construction is controlled via a tablet, meaning that very few people are actually needed to build the home.

This house is decorated in simple mid-century modern style, with a color scheme of neutrals and an addition of graphite grey and black. The walls are white, the floor is of cement and the ceilings are mostly left as they are, and only in bedroom the ceiling is covered with plywood.

The furniture is casual mid-century modern, with hairpin legs, simple plywood and wood items. You may see lots of colorful pillows and rugs with folksy prints to bring popular boho aesthetics to the house. There are some other colorful touches like artworks that make this house bold and bright. 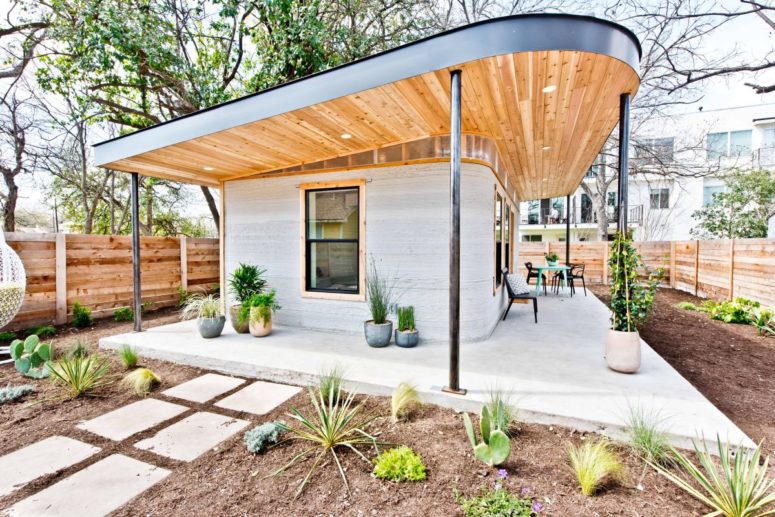 The house is built of cement and plywood, the base is 3D printed and all the rest is installed manually 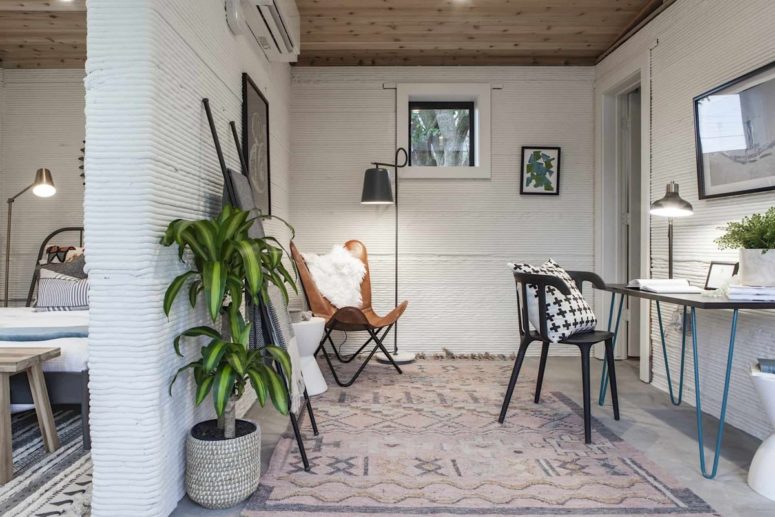 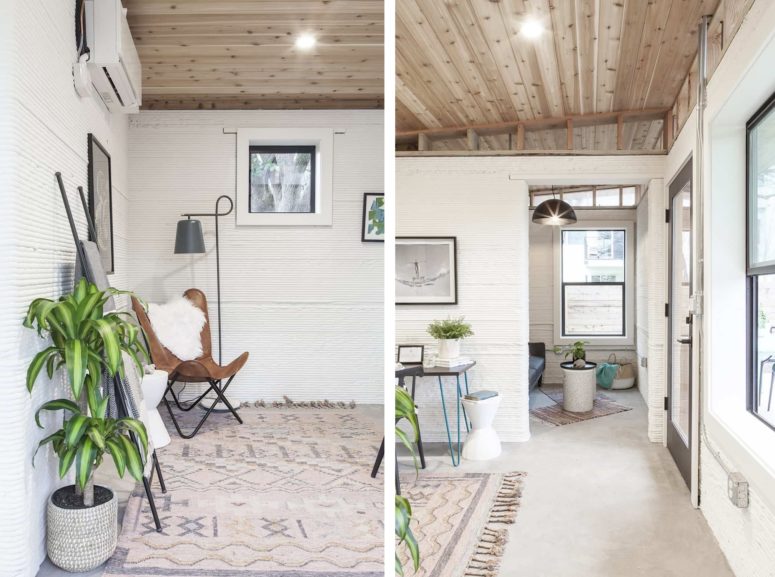 The decor is mid-century modern, with boho touches and lots of potted greenery to make the home cozier 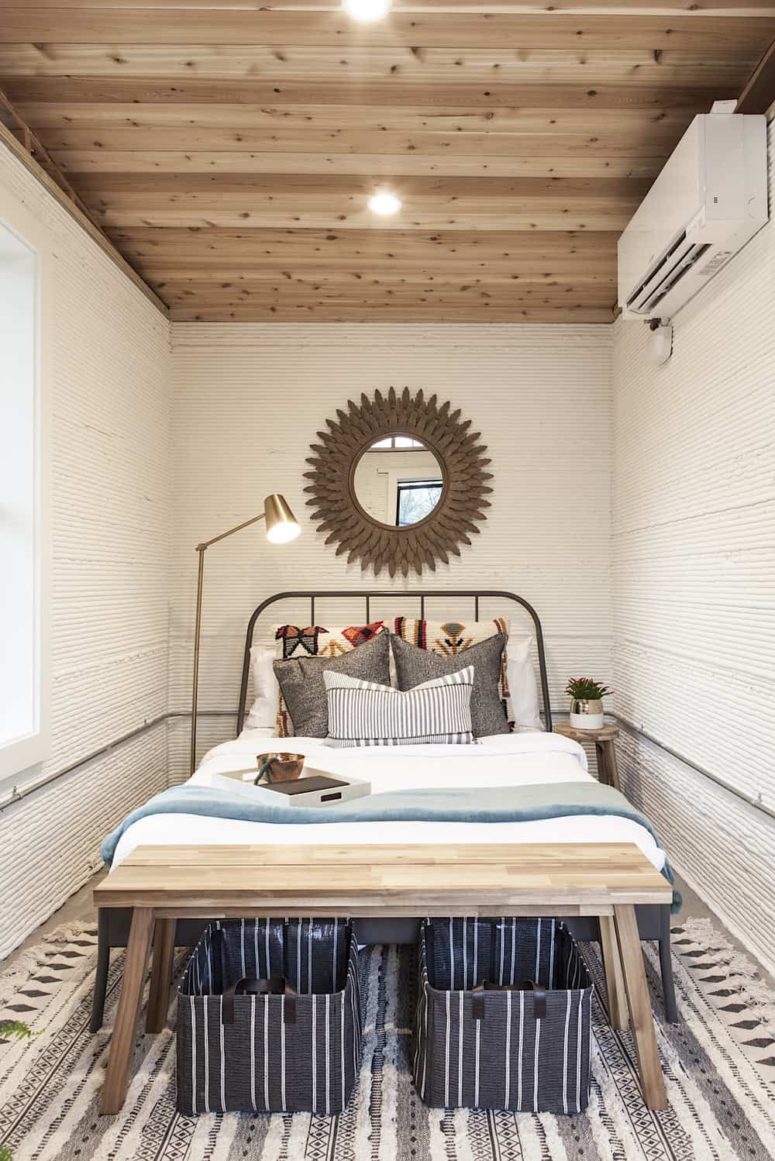 The bedroom is small yet cozy, with a metal bed, a wooden bench and a statement mirror plus a floor lamp 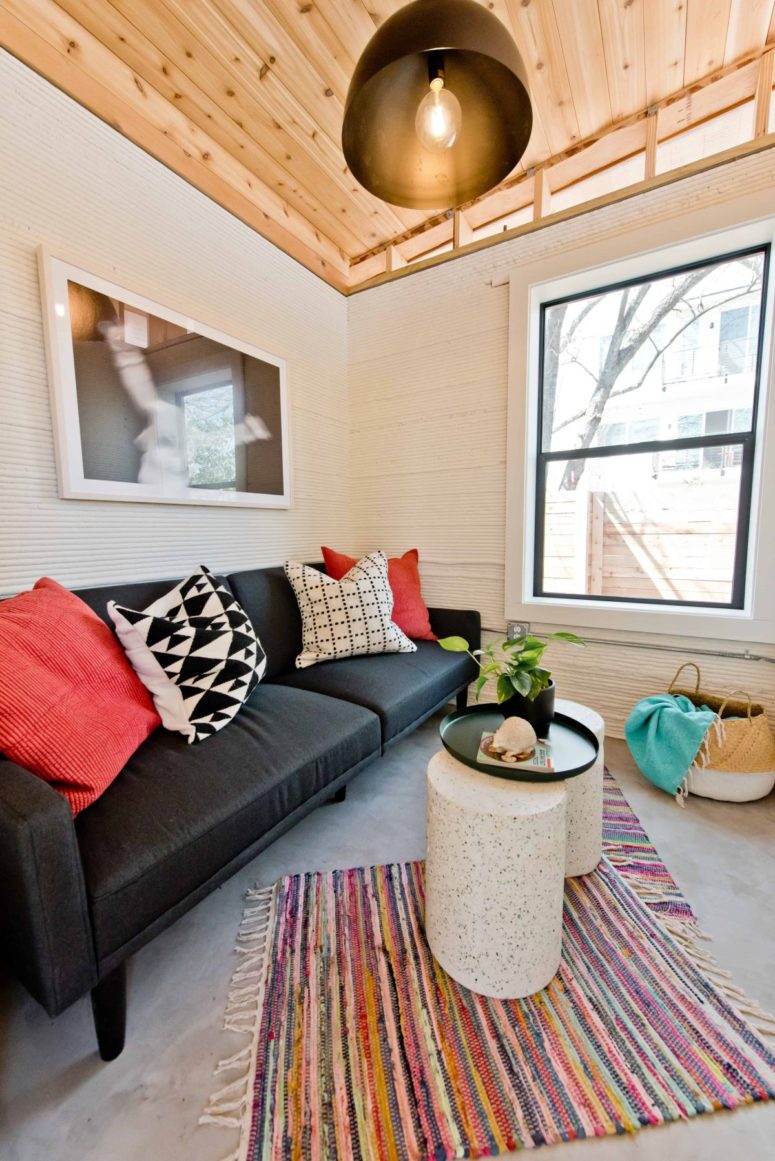 The living room features a black sofa, white side tables, a metal lamp and an artwork plus colorful rugs 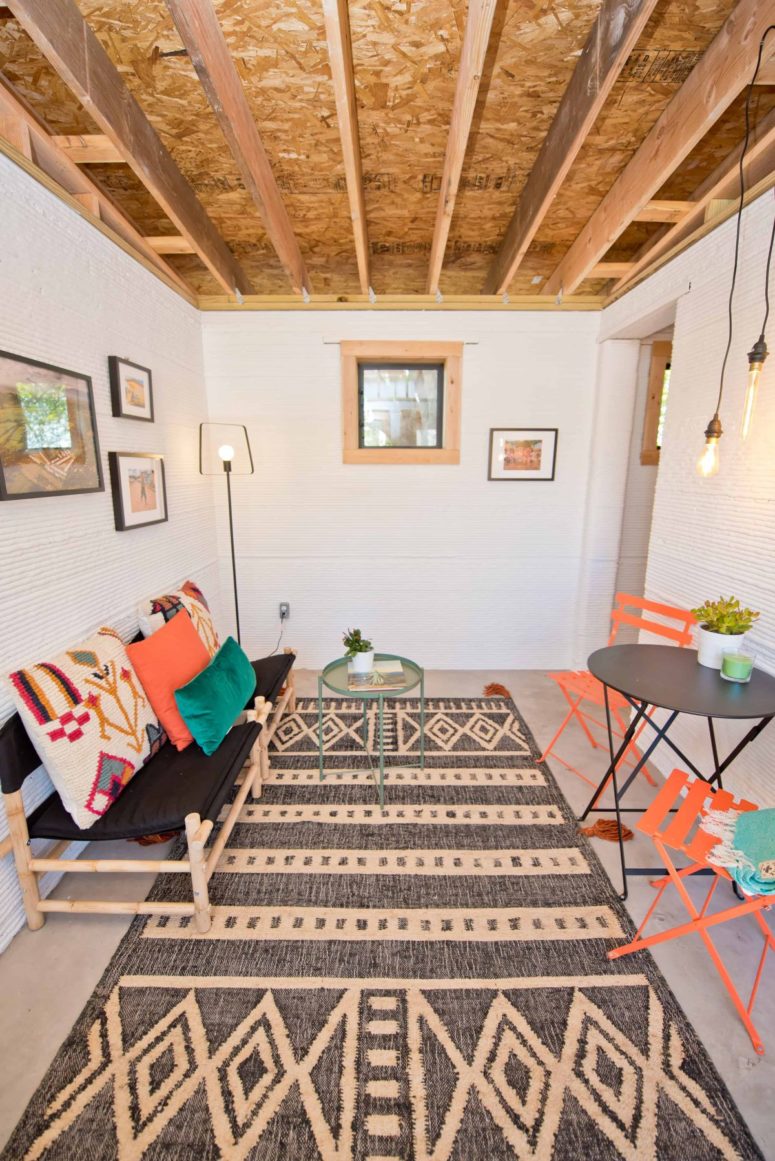 The lounge features rattan and wooden furniture, a gallery wall and an uncovered ceiling for an industrial feel 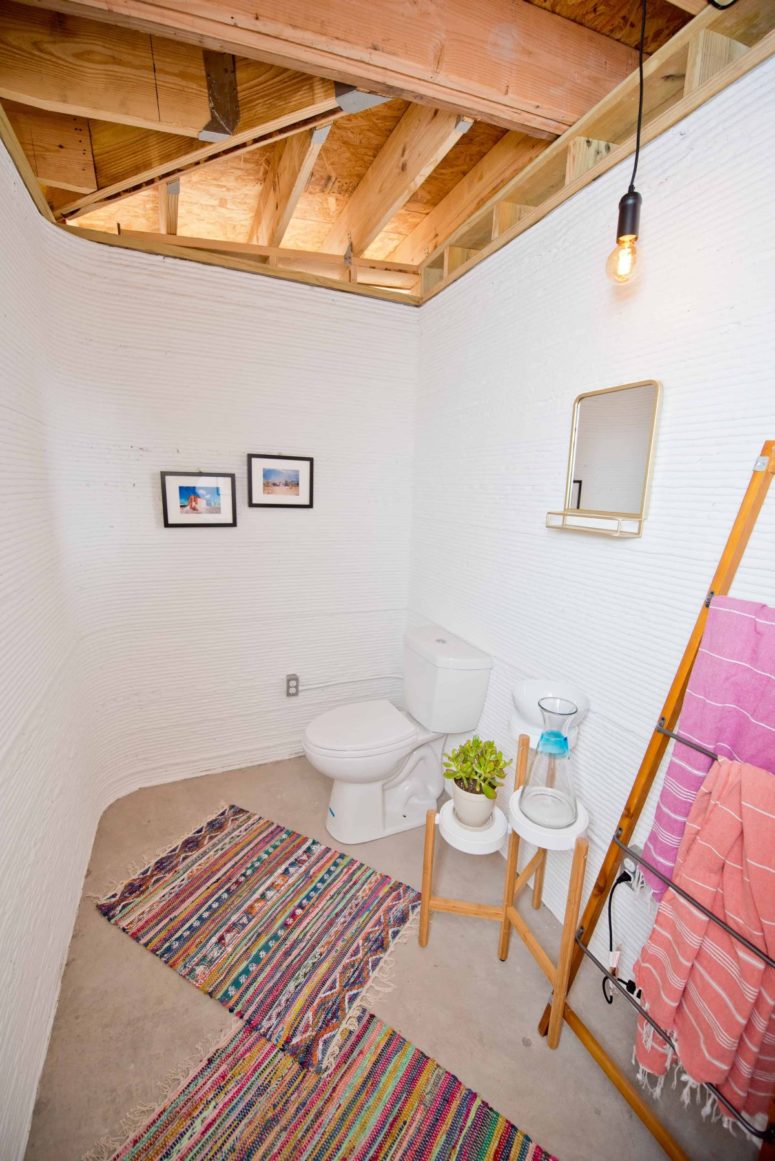 The bathroom is small and is done with simple stands, a ladder for towels and colorful rugs 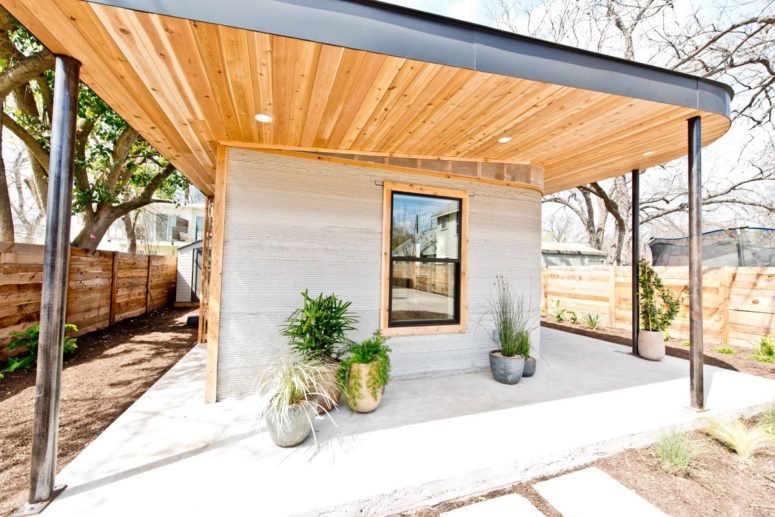