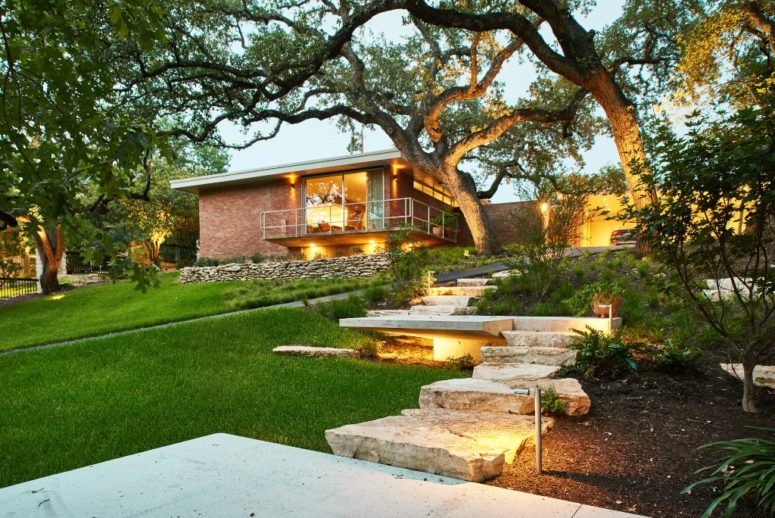 The Balcones Residence was originally designed by Roland Roessner, a University of Texas professor and prominent architect of modern-style homes. When the clients purchased the two-bedroom house from the original owners, they delved into all things mid-century modern and hired local firm Clayton & Little to oversee a sensitive renovation of the 1,773-square-foot (165-square-metre) building.

The entrance to the home was modified. Brick walls were added to form an open-air garden, which establishes a more formal entry sequence. On the north elevation, the team added a boxy volume that contains an office and utility room. In the family room and living room, clerestory windows were added – a feature that was part of Roessner’s original design.

Major changes took place in the kitchen, which had not been overhauled since the home was built. To create a more open public zone, the team removed a unit that served as both a space divider and a structural component. A new steel beam and column were installed to make up for the loss of the load-bearing unit. Other new elements in the kitchen include honed-quartzite countertops, white cabinetry and cork flooring. Original features such as wood panelling and a pass-through window between the kitchen and dining room were retained.

The house’s two bedrooms were combined to create a single master suite. One side of the room is wrapped in warm mahogany, while the other features a large window that overlooks the courtyard. Special details include air grilles that align with the grain of the wall panelling, and a custom bed frame that accommodates the owners’ motorized bed.

To improve the home’s energy performance, the team retrofitted the building envelope by installing new insulation and double-glazed windows. Photovoltaic panels were added above the carport and guesthouse. Get more of this cool home below! 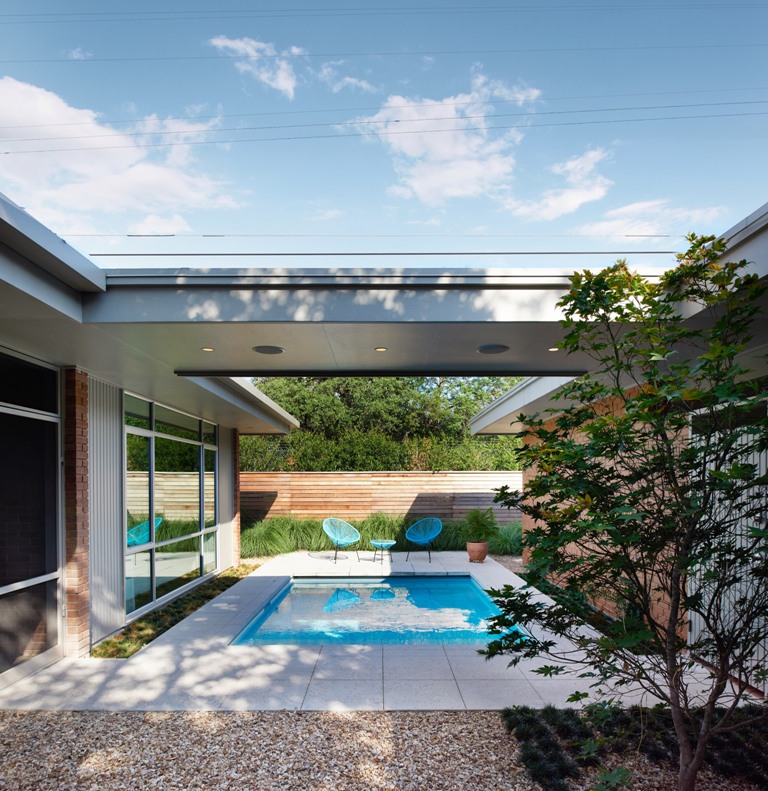 The courtyard features a roof, a small pool and a terrace by the pool 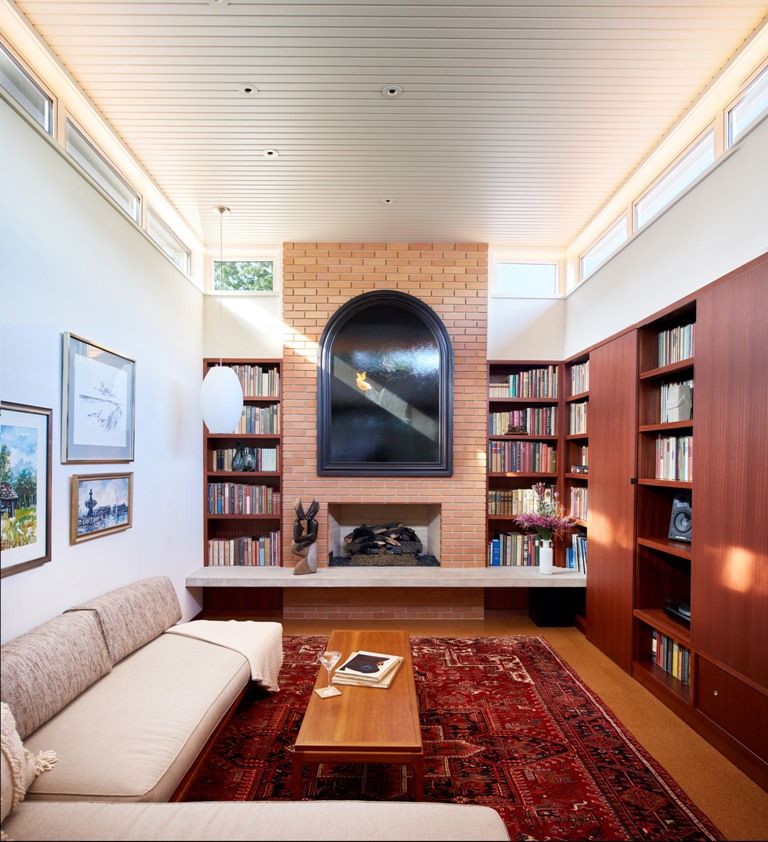 The interior design and decor was kept original as much as possible, even the windows were restored and the character of the spaces was saved 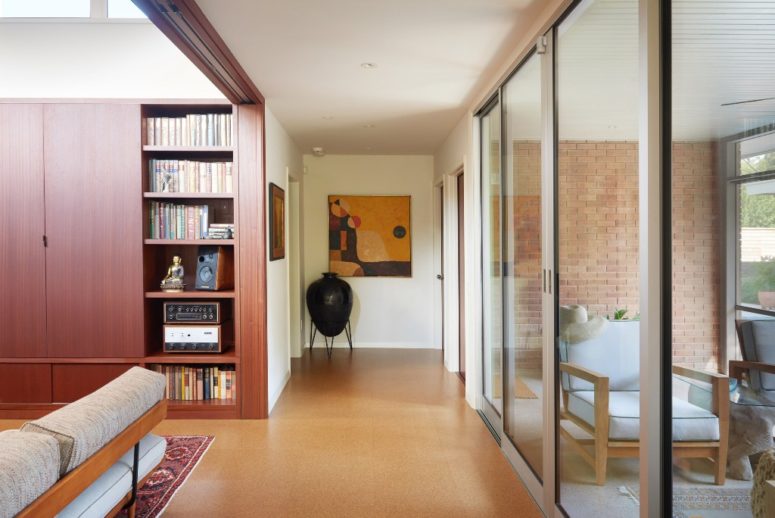 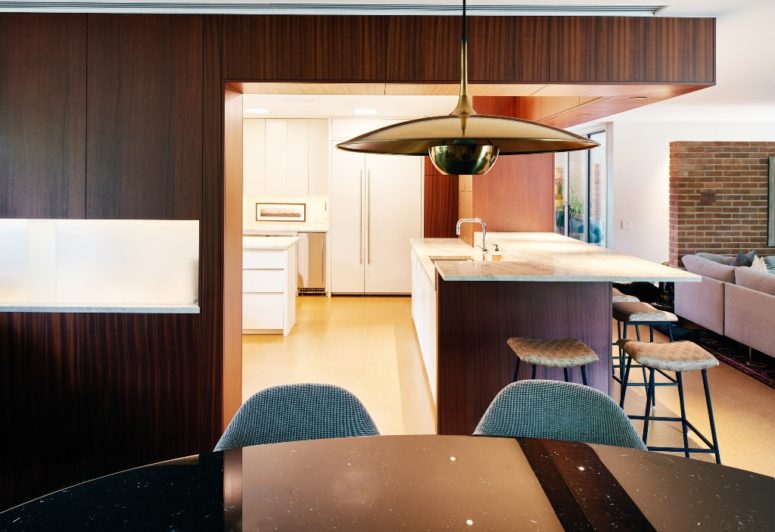 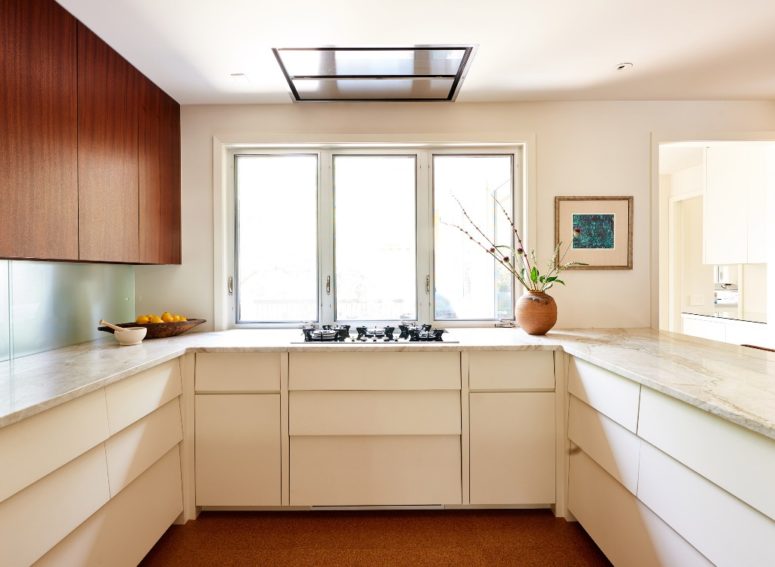 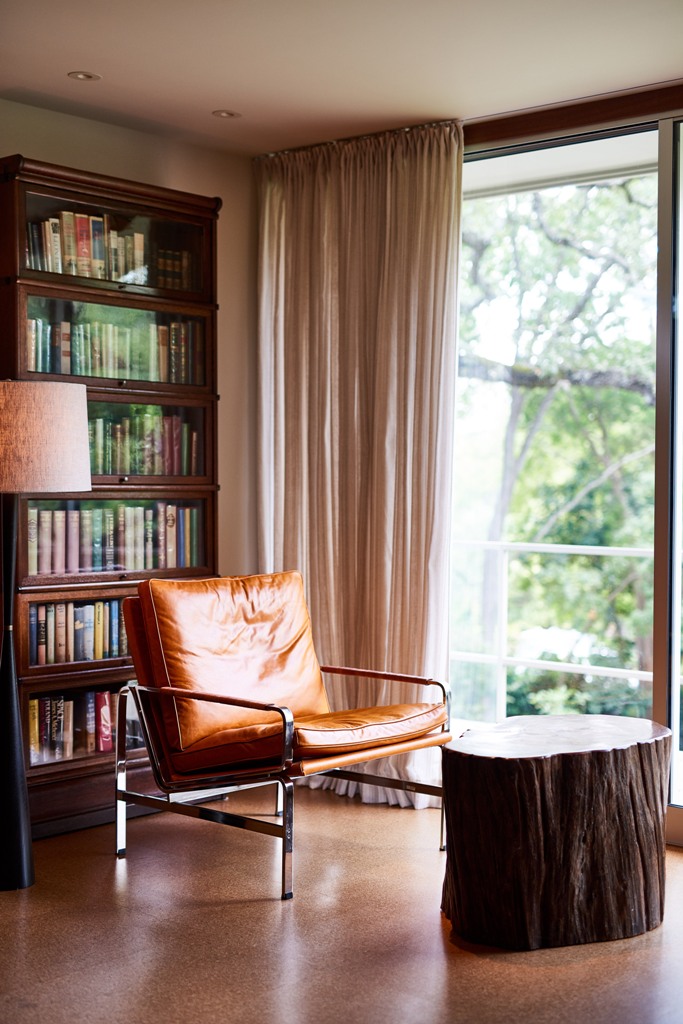 Natural touches are also integrated into the decor, for example, this tree stump as a side table 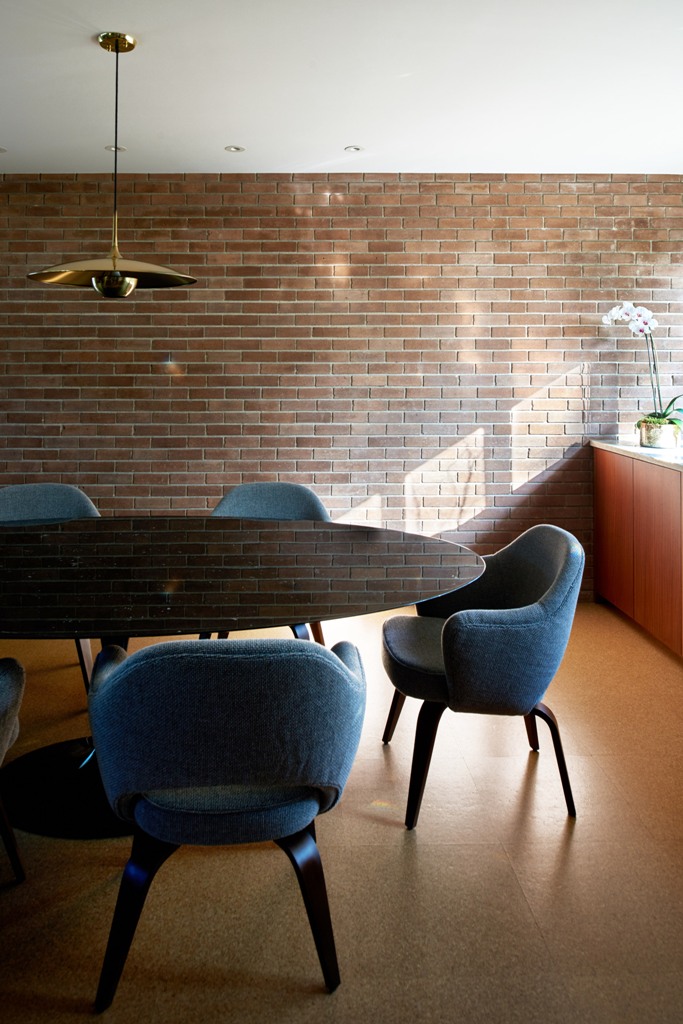 The dining space features a dark mirror table, blue chairs and a faux brick wall for a catchy look 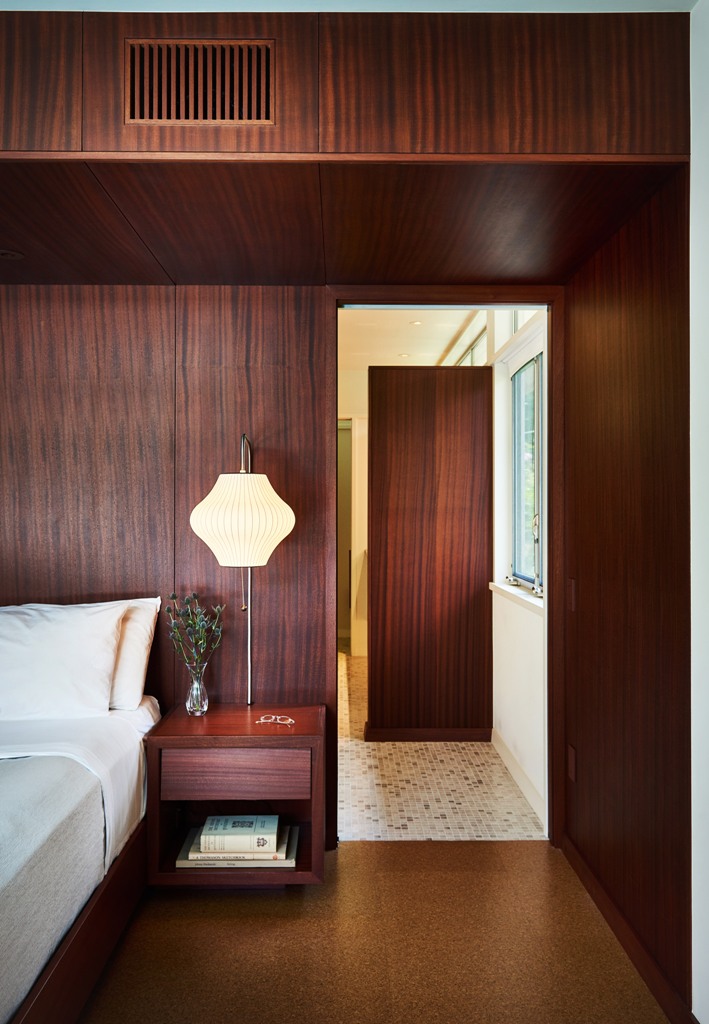 The bedroom is fully clad with mahogany, there are elegant lamps and a comfortable bed