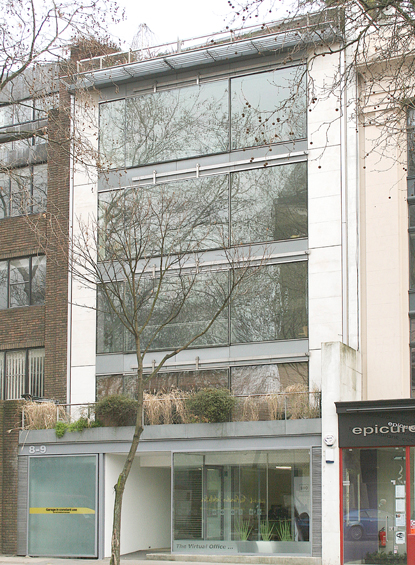 This modern house has amazing central London location and designed by British architect Richard Paxton and his wife. The house was recently described by the architecture critic Kenneth Powell as “one of the great London houses of the late 20th century”. This house is tucked away at the rear of the site, and is invisible from the street. It is entered via a shared gated passageway, as well as its own internal courtyard, offering a high level of privacy and security. Accommodation is set over three floors, with five bedrooms, three bathrooms, a garage and a roof terrace. The centerpiece of the house is a spectacular double-height kitchen/dining area. Еhe “courtyard” is enclosed by an ingenious retractable glass roof. The house is for sale at the moment. 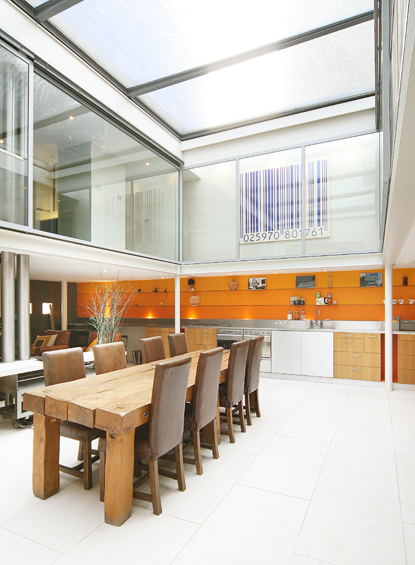 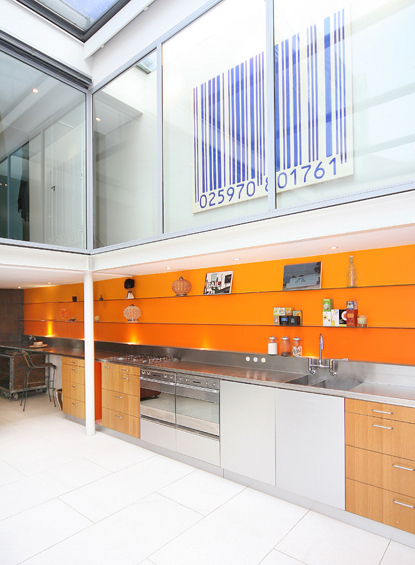 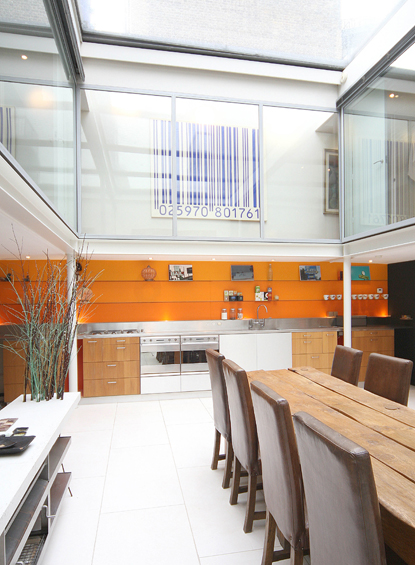 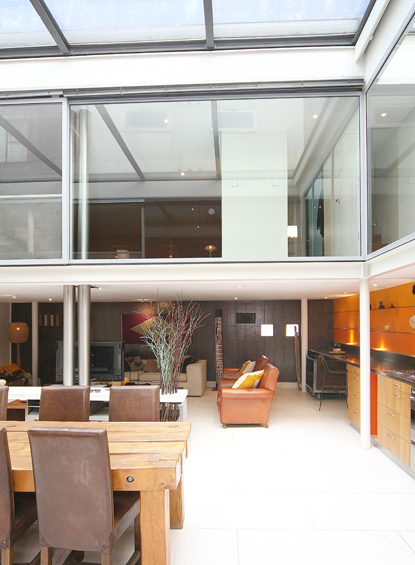 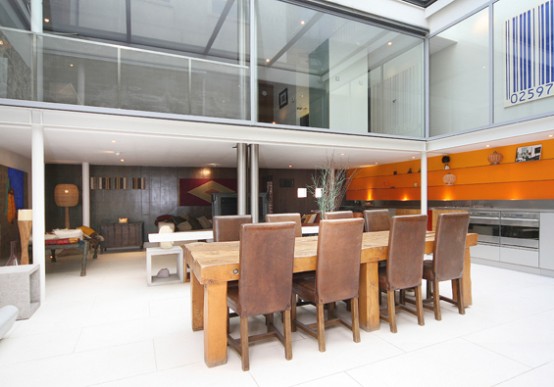 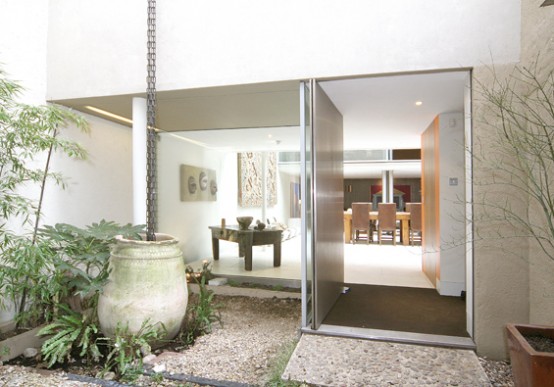 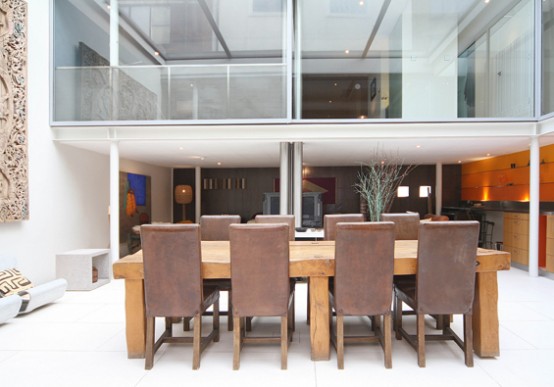 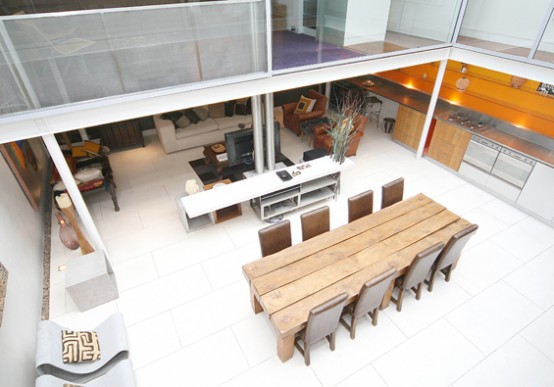 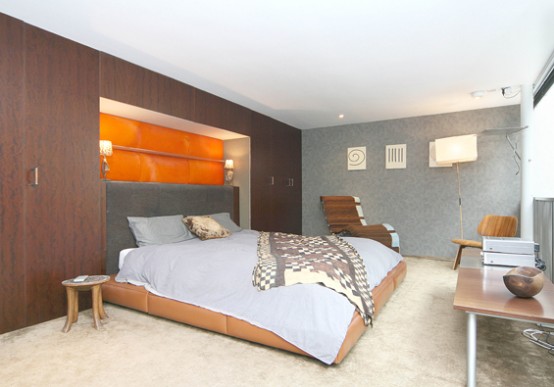 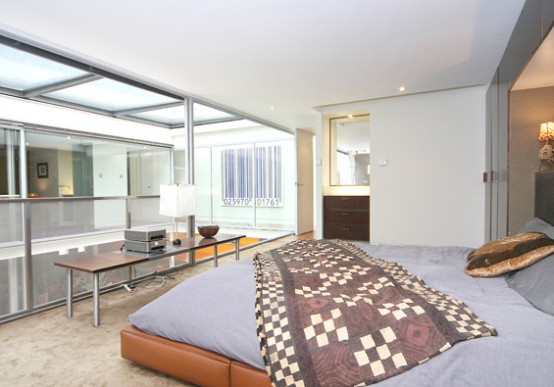 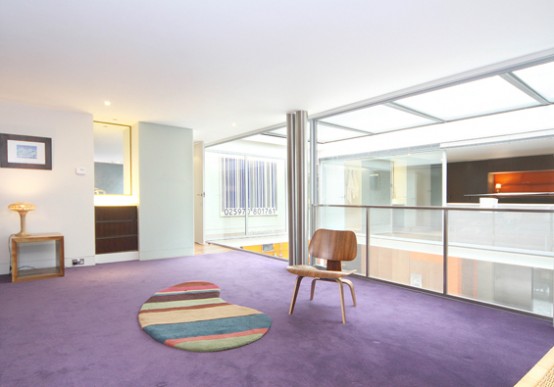 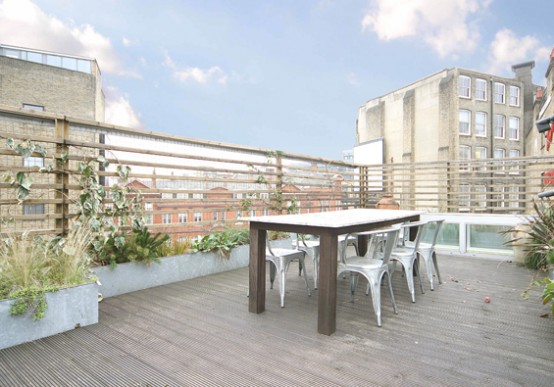 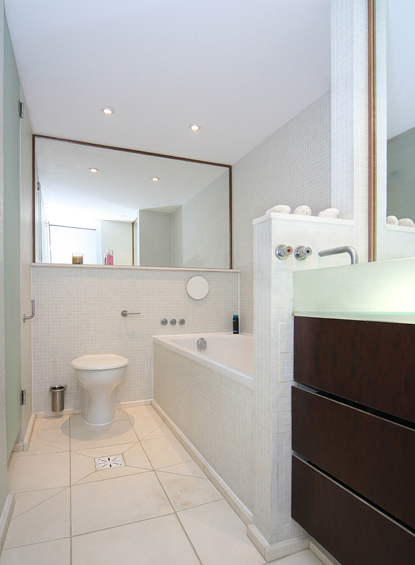 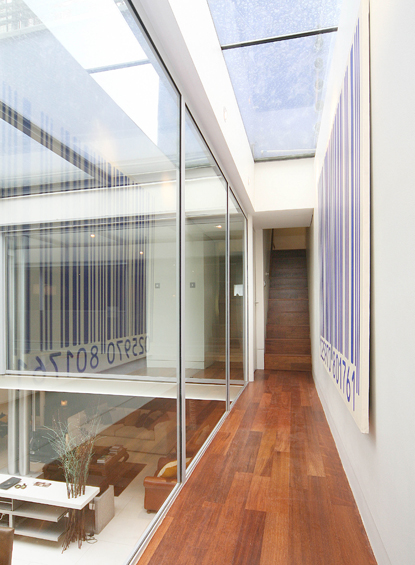