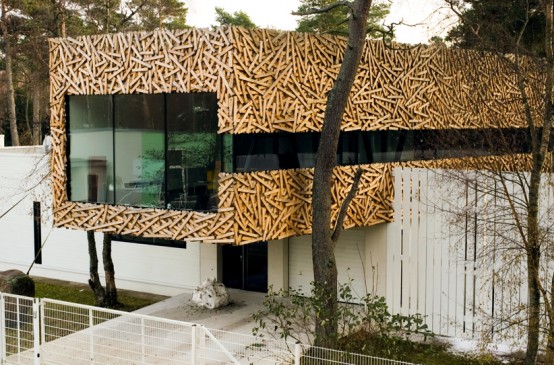 This modest house extension is a part of the one-storey private house designed in 1998 and built in 1999. Firstly the terrace was added as an extension of the living room. After that an storage room had to be built because the family living there got a lot of new things during the years. Later the outside pool was added. Besides that another floor with sauna and relaxing room also become part of the extension. After that the box was covered with crisscrossed sticks which resembles an angular bird’s nest, a tangle of boards, all of which glows in the dark. 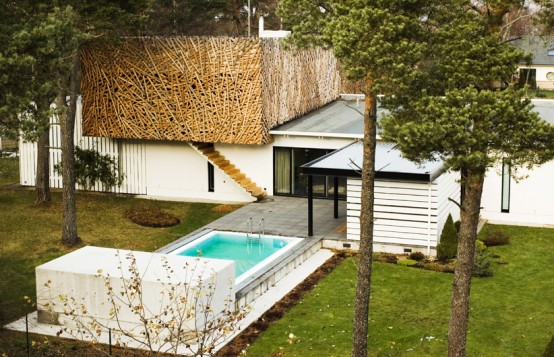 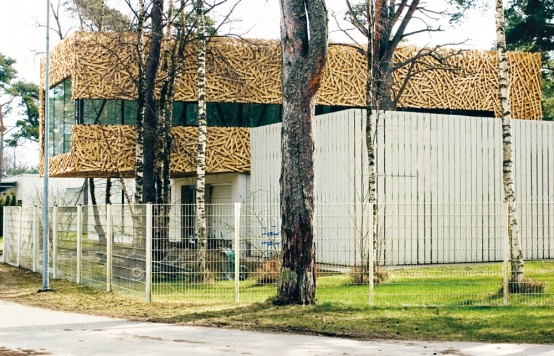 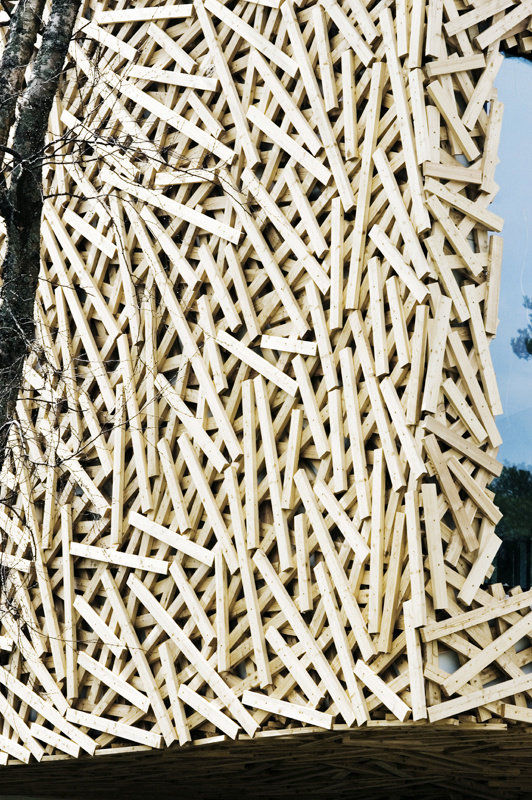 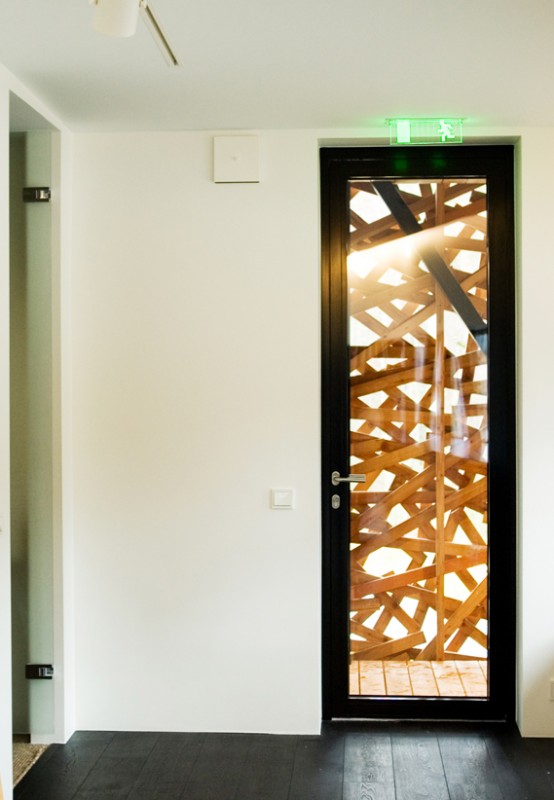 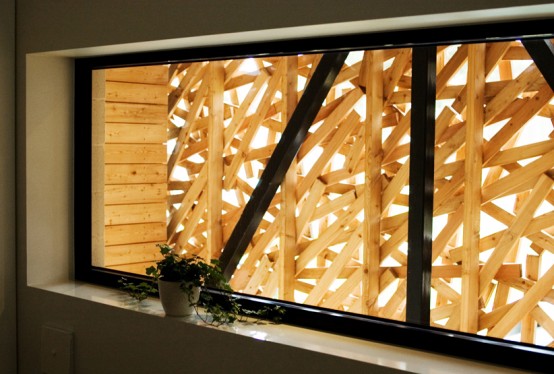 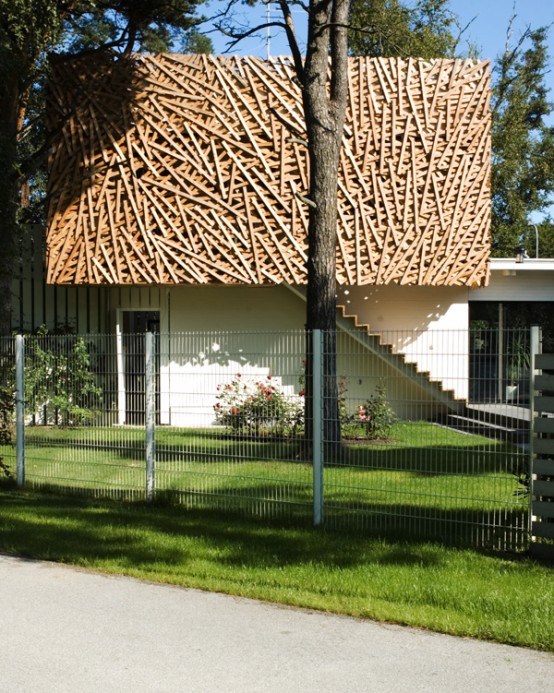 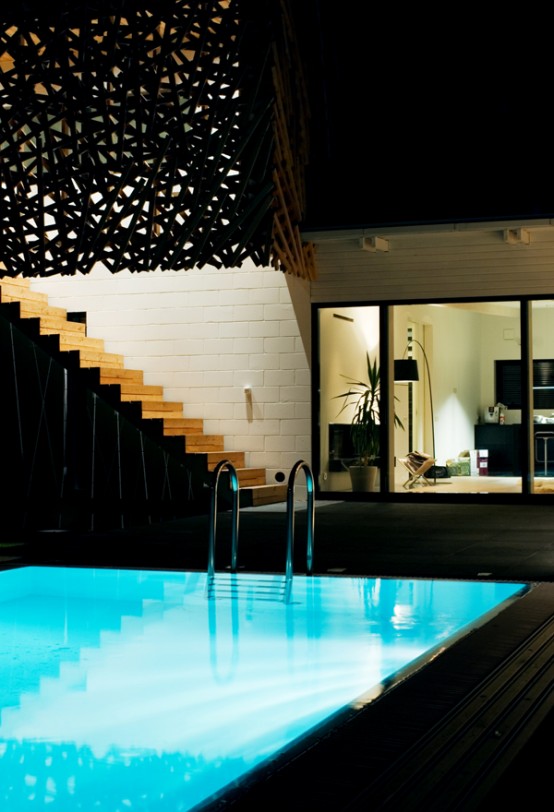 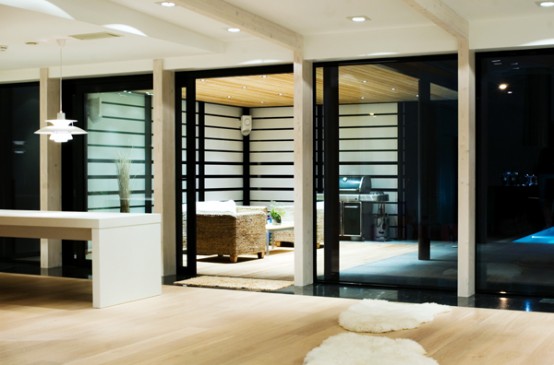 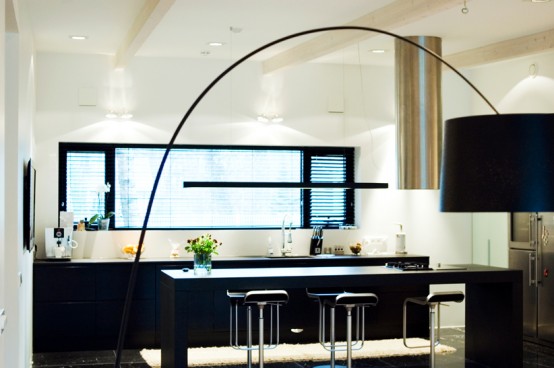