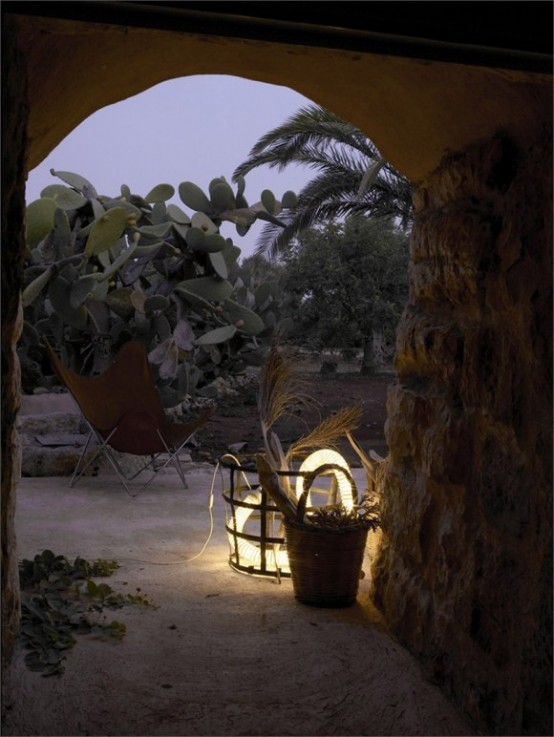 In the countryside of Morciano di Leuca Apulia, in Italy, there was some abandoned structure that was used as a starting point for building this awesome house. It was entirely preserved and, more than that, it dictated the design for the new one. Both the interior and exterior of the building are minimalist. The residence features the restored barrel vaults and domes that were created using locally sourced stone dating back to the 1800s. The effect is very interesting – the interior is modern and at the same time very old, due to stone walls, small windows, futuristic lamps hanging from the rough stone ceiling – it’s so charming, so modern and unusual! 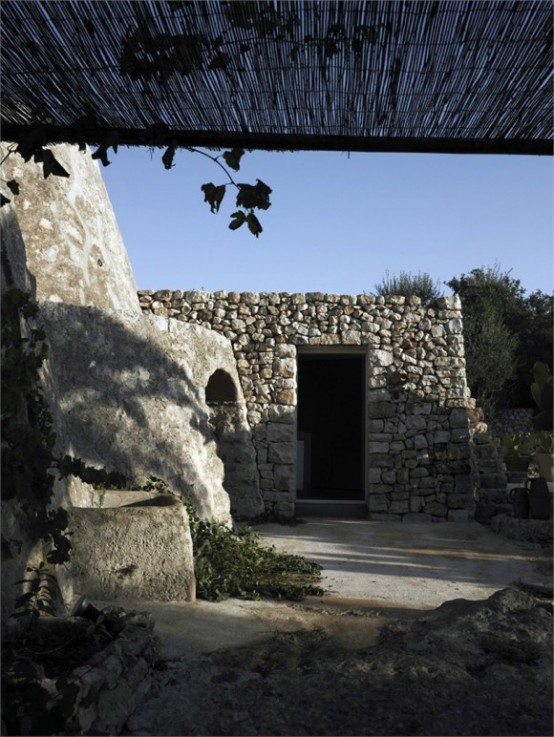 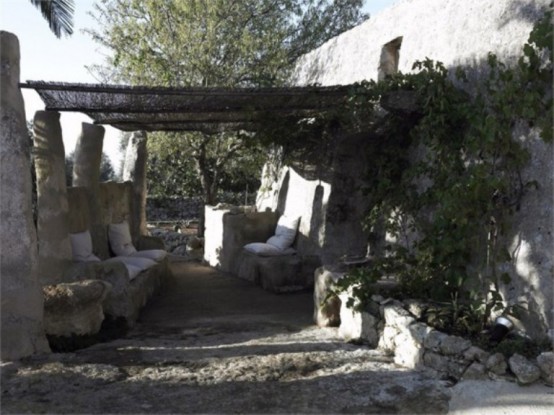 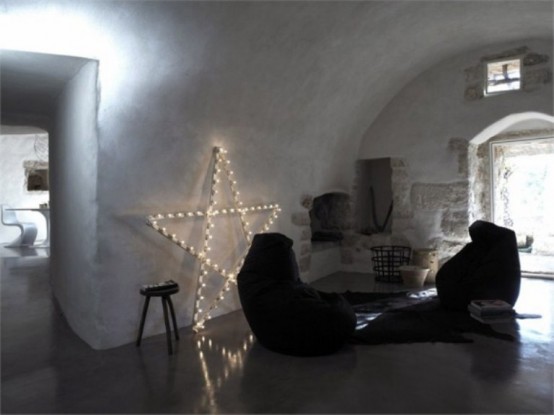 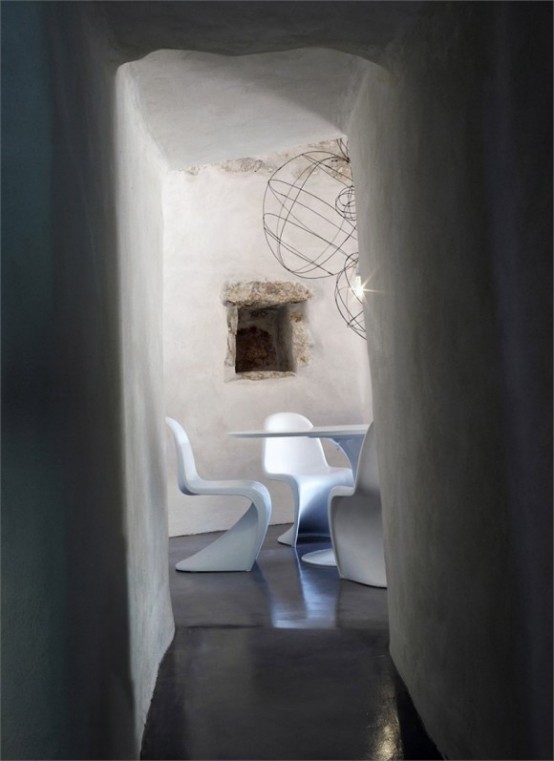 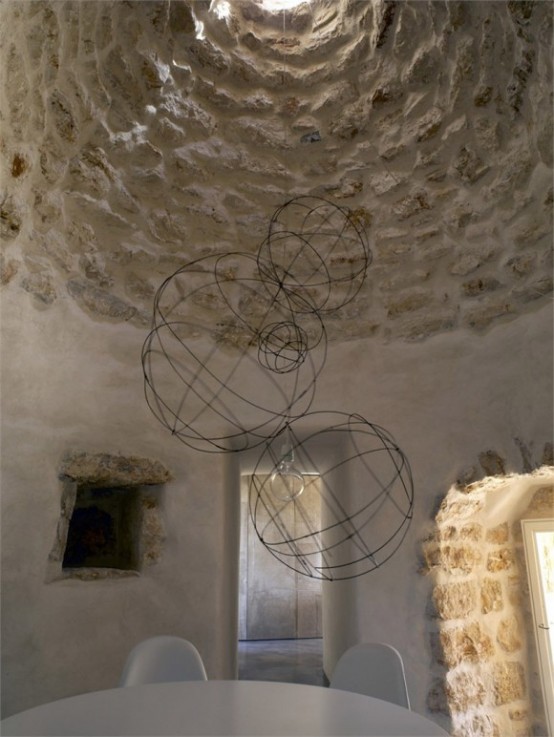 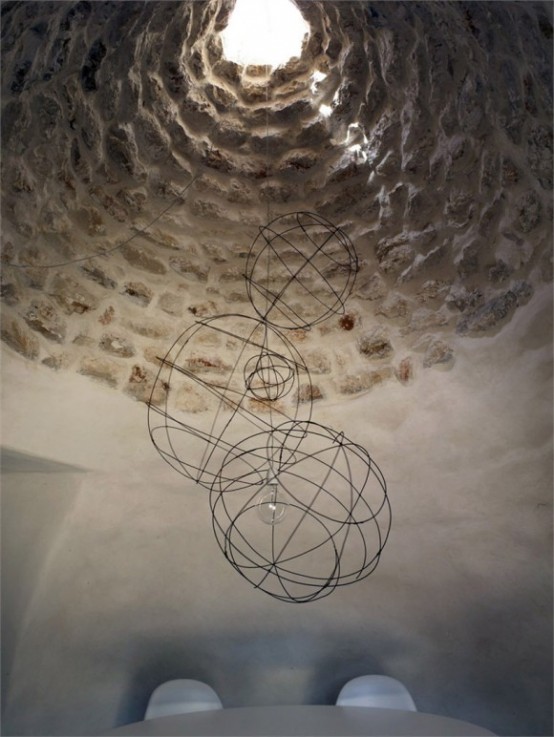 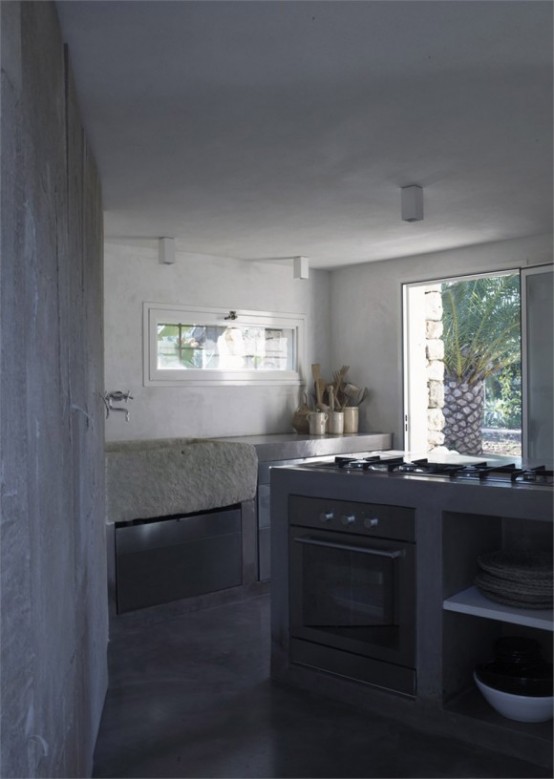 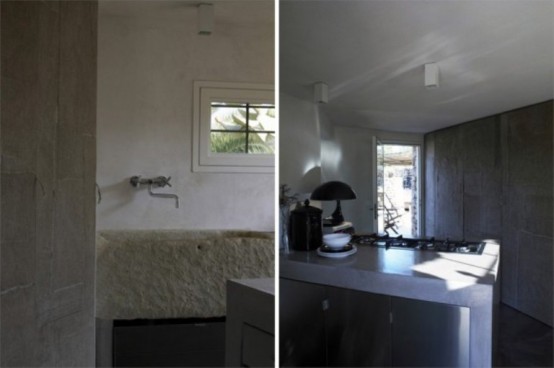 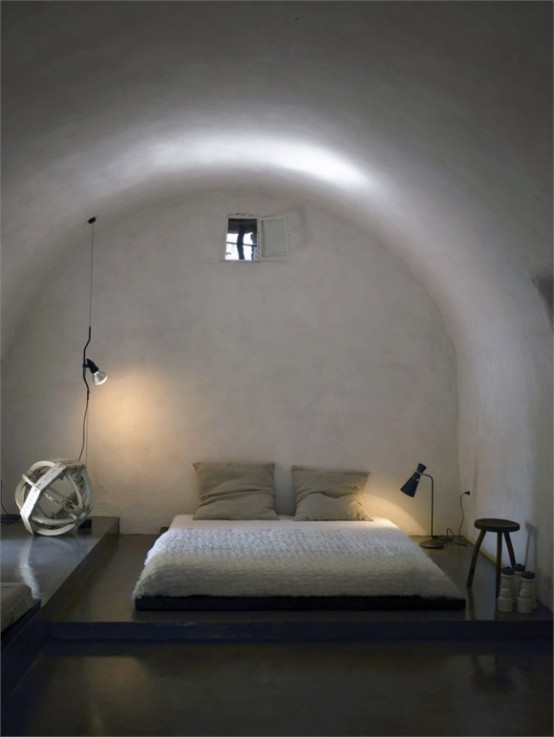 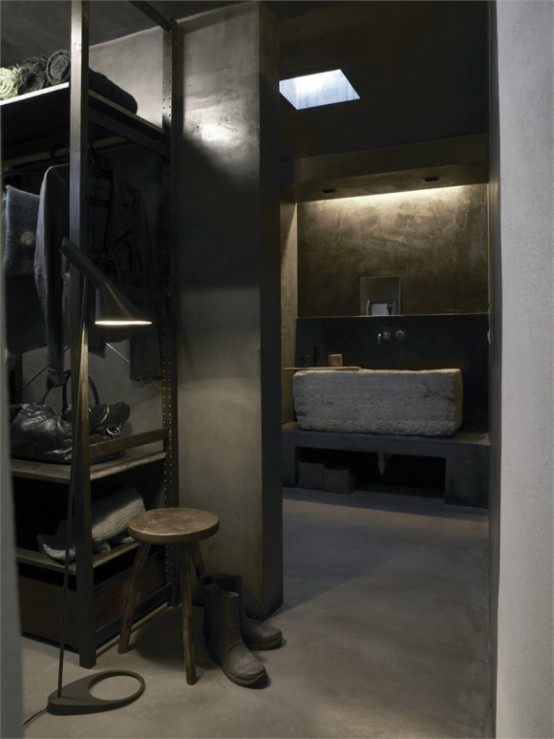